Masudaya is one of Japan's longest running toy-makers. Most of us in this hobby know them for their tin toys, but they make all kinds of wind up toys including plastic novelty toys for kids.

One category is Furopet (ふろぺツト) which is the term for wind-up bath toys. Along with swimming frogs and scuba divers, Masudaya made a few transforming robots in the line.

We've previously covered a similar robot, Cruiser Robot, here. That one came boxed and was part of the "Sea Defender" line. This one comes bagged and is labeled "Bath Jab Jab (おふろジャブジャブ) " Bath Jab Jab is a Japanese children's song, similar to Rubber Ducky in the US. Here it's used as a brand for this toy. Due to the similarity to Sea Defender, we're including this in that line. I'm sure this was sold in a box along with the other one. 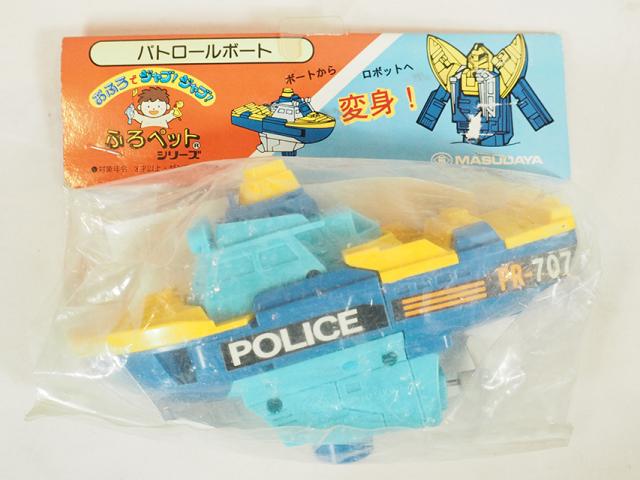 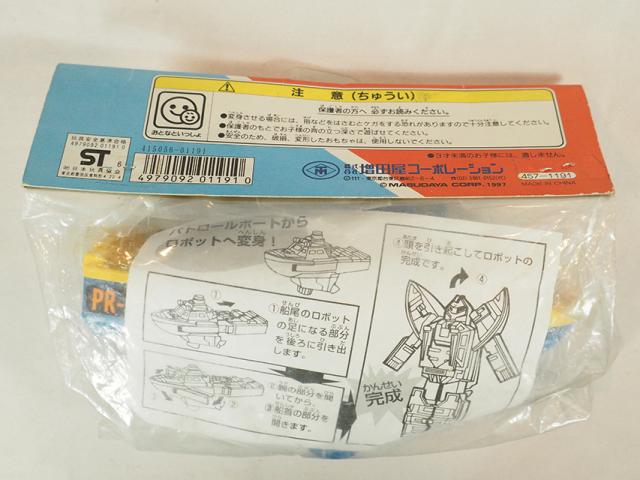 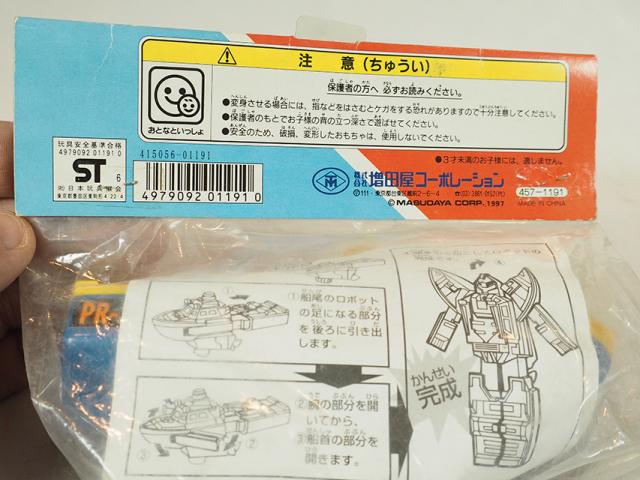 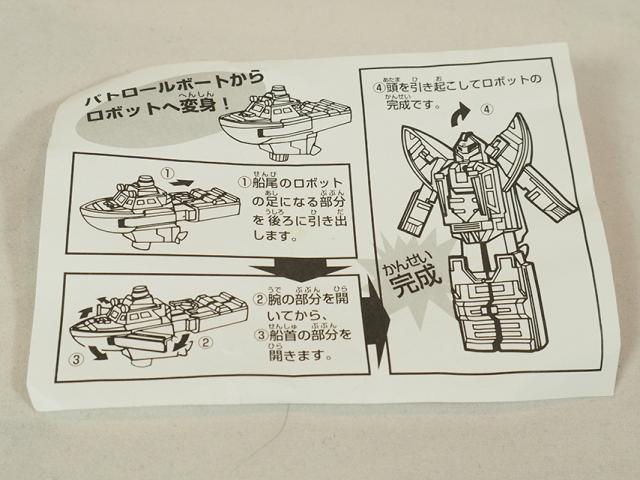 Boat mode is a pretty garish teal and yellow, but it works as a kids toy. It's solid as hell and would put up with play from any kid. 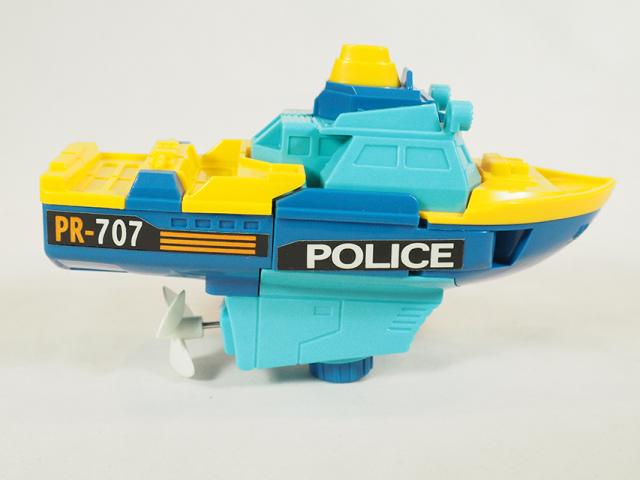 The boat moves by winding up the blue knob at the bottom, and then the propeller spins. There are a few cool details, like the molded in lights in the front. 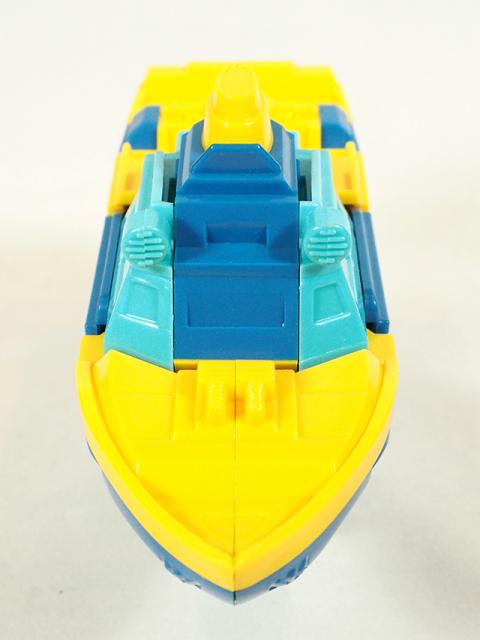 Bot mode is toddler-friendly. Split the front open, flip down the head, and pull out the legs. It's sturdy and dorky. He stands about 7" tall. 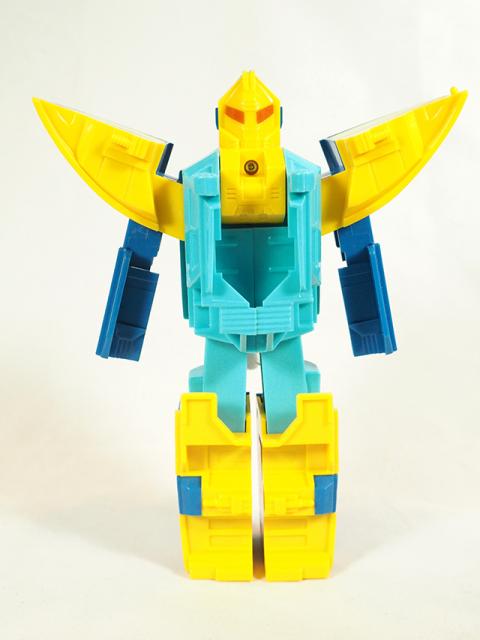 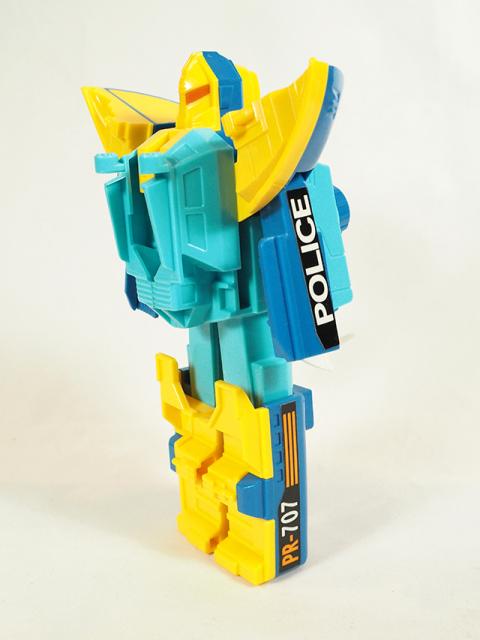 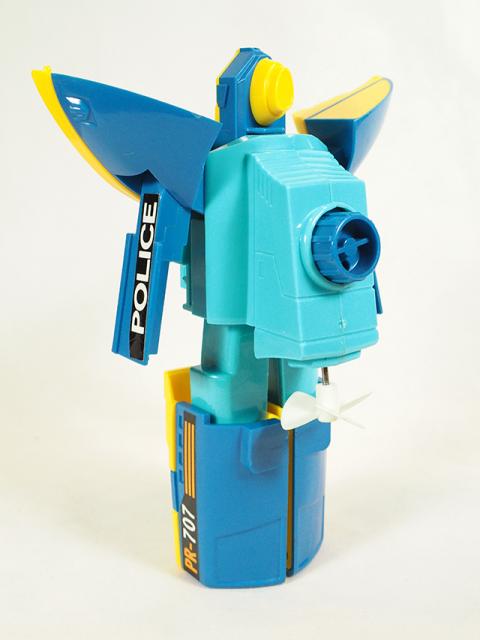 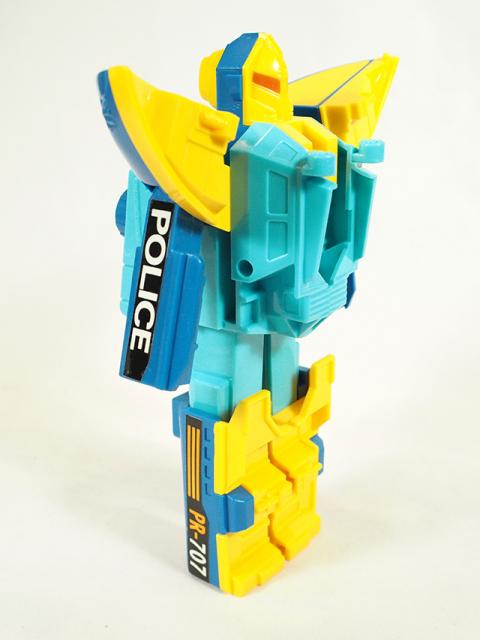 His transformation, size, and construction are VERY similar to the infamous TITANIC-BOT. Was that a third release in the line that never came out, and later got put out by a knockoff company? Or was Titanic-Bot simply inspired by the transformation system? We will never know.