Back in 1996 when Beast Wars hit U.S. airwaves and toy shelves, the restaurant chain known as McDonald's (or Mickey D's) wanted to get in on some of the action so they released their own exclusive Beast Wars figures inside Happy Meals. The line had both Maximals and Predacons, and I will be talking about one that I've acquired sometime during my youth. These figures don't have bios, but here is a website where you can see the awesome card art that came along with some of the characters. Keep in mind that some of these were released in the main toyline and others were released with McDonald's Happy Meals. The ones with regular animal names were included with Happy Meals. Here are scans of the cards. 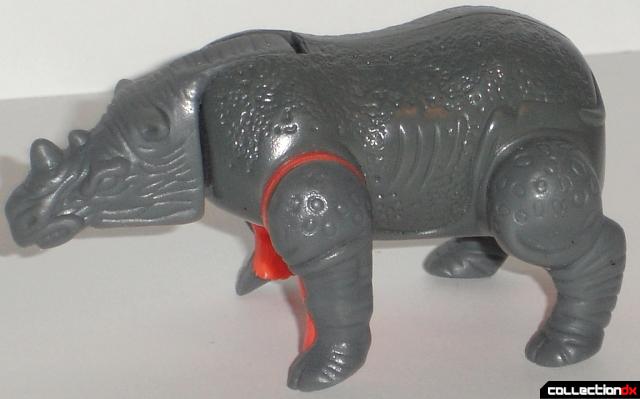 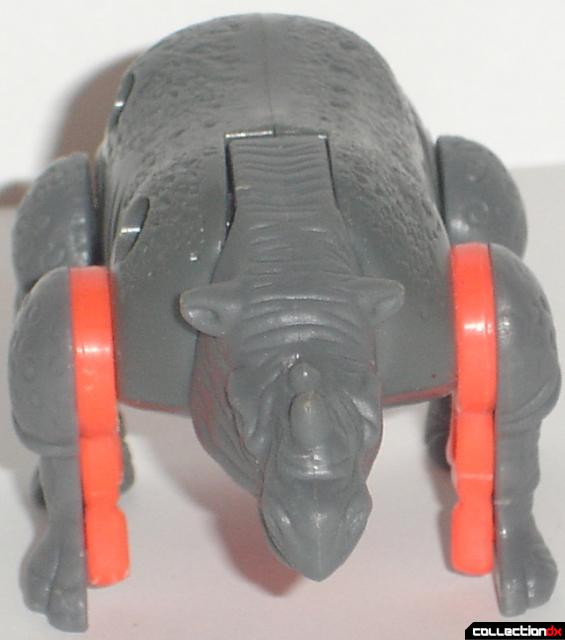 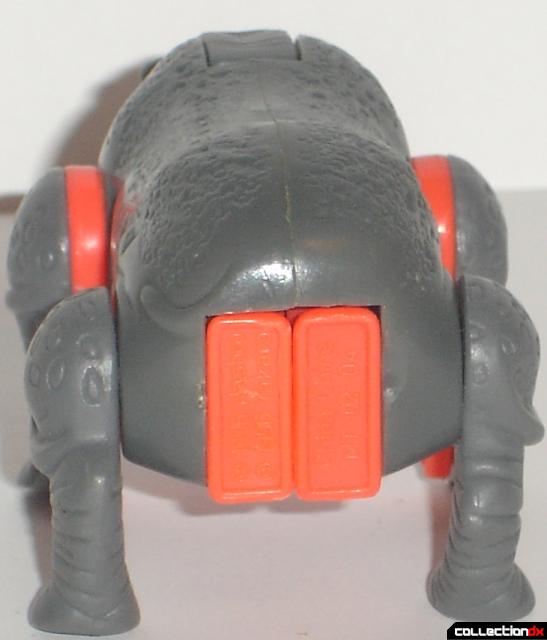 Rhino (not to be confused with Rhinox), transforms into an all dark grey rhinoceros. For such a small size (around 3-4 inches) he is very detailed. There are spots, wrinkles, and grooves sculpted all across his body as well as a mean, snarling face. It would have been nice for the eyes to have been yellow or maybe orange, but you can still make out all of the details with the flat color. Rhino has five points of articulation in beast mode. All of his legs swivel 360 degrees and his head can tilt up and down, which is due to the transformation. This can ALMOST pass for a real rhino toy as long as you don't look underneath him or behind him because you'll see either red or bright orange robot bits staring right back at you. 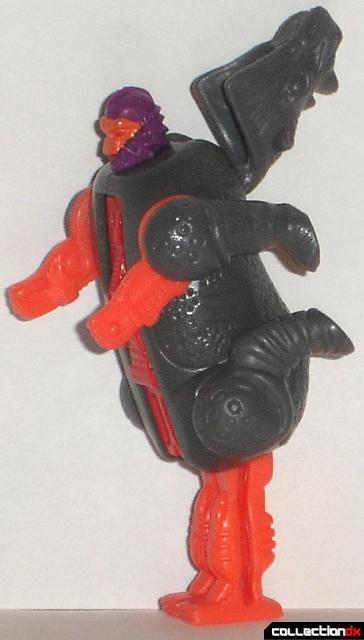 Transformation is so simple that you can even do it if you have bad eyesight like real rhinos. Pull the orange robot legs from the rear, swing back all four of the rhino legs, swing back the head, and reposition the robot arms that are not only hidden by the front rhino legs, but they also move in unison with them. Stand him up and rhino is ready to trample some Predacons! In his robot mode, a thin strip of red splits down the middle of his torso braking up the dull grey colour scheme. His robot arms and legs are bright orange, but personally I think they go well against his mainly grey body. Rhino only has three points of articulation in robot mode. His head swivels 360 degrees and his robot arms also do the same. I don't know if I should count the legs or not because that barely swing back and forth. When they are moved, they click in place which is a good thing I guess. At least they're not loose, not on my sample any way. 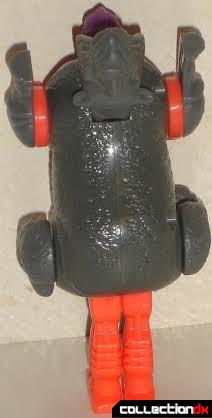 From behind it looks like he's giving a rhino a piggyback ride if you position the legs right. 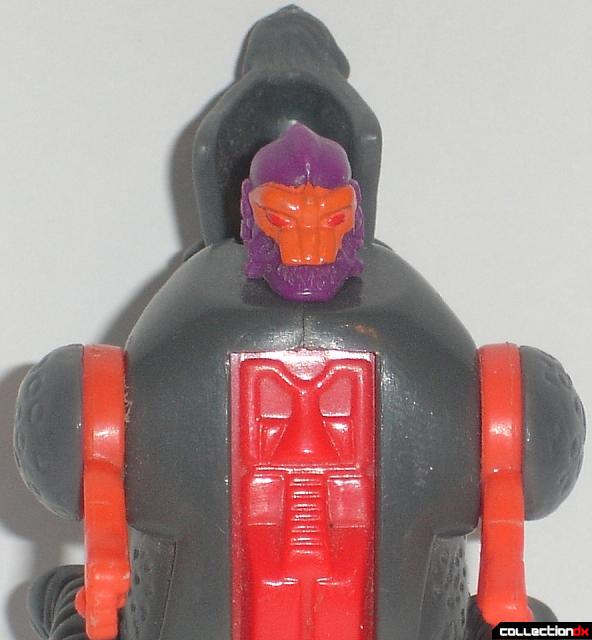 What I really want to talk about is this guy's head. Remember when Beast Wars first came out and all the deluxe figures and above all had that "mutant mask" feature? Well you can definitely tell that this guy was a direct homage to Rhinox. His beast mode, the way he transforms, the side he fights on, he's basically a simplified version of Rhinox. No, Rhino IS Rhinox! (yeah I know I'm contradicting myself a little bit here) The round head was how Rhinox's looked in both the show and on the figure while the angry snarling face was borrowed from his mutant mask. Very clever how they combined the two like that and those piercing red eyes are the icing on the cake! I don't remember if any of the McBeasties had tech specs or not...

If you love Beast Wars like I do and you happen to see either him or his comrades/adversaries online for cheap, don't hesitate to pick them up. They make great and fun little army builders!

4 comments posted
I had one!

I used to have Beetle when I was a kid, might have been the only officially licensed transformer I had then. I think he ended up losing a leg before disappearing for good.

Little did we know that he would return later ingeniously disguised as one of the Generations Insecticons...or it could be one of his clones...

This is a terrible toy ;-) These things were like a plague in the late 90s, they seemed to be in every toy lot on ebay, and while I was an active seller I would always have a handful of them. Never could get rid of them, I think I donated them.

Terrible? Yes, all of the McBeasties were. Don't even get me stared on "Under-3." Despite all the atrociousness, I think they had a nice artistic appeal to them like G1 Ironihde/Ratchet. Btw, you wouldn't happen to have some of these still lying around somewhere, would you? If so, I will gladly give them a happy home :)