I tend to look back on Trendmaster's 90s Godzilla line with rose-colored glasses. I think to myself, if I could go back, I should have just bought it all. Then I actually handle one and remind myself why I didn't. This was the 90s, and everything subscribed to the concept of "Extreme!".

You have to give it to them though - the line was ambitious. Not only Godzilla characters, but Gamera too. Lots of figures in different scales, playsets, bendies and more. But the thing is, the designers missed the mark on what made these characters truly great. They tried to Americanize the sculpts, used cheap materials and questionable finishes. Diehard Godzilla fans passed on the poor likenesses and the casual market didn't care enough about Godzilla at the time.

From the Godzilla Wars line we have the Power Up Mecha-Godzilla, a good example of the general flaws of the line. One thing they did do right was the packaging. 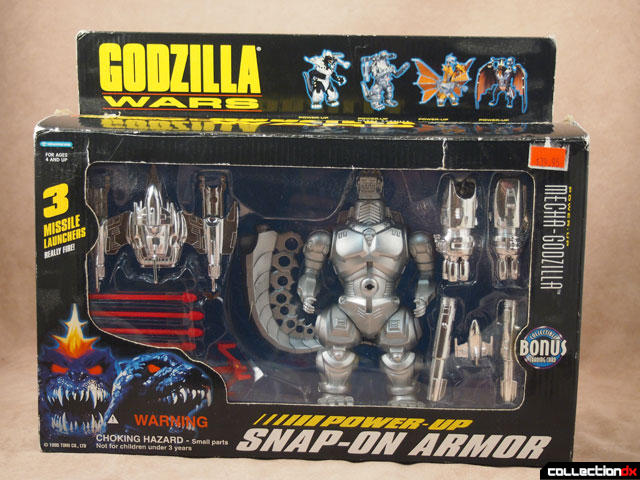 A sturdy, thick cardboard box with die-cut window lets you easily see what you're getting into. There's lots of text everywhere. 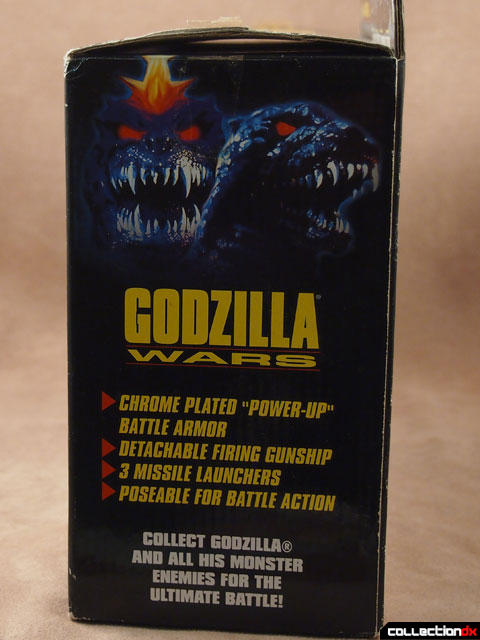 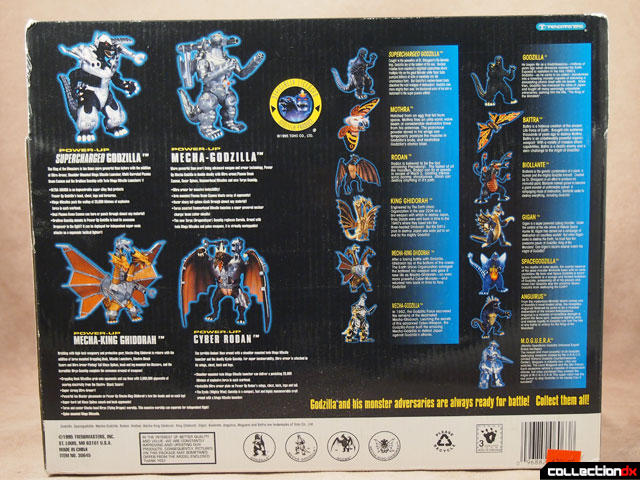 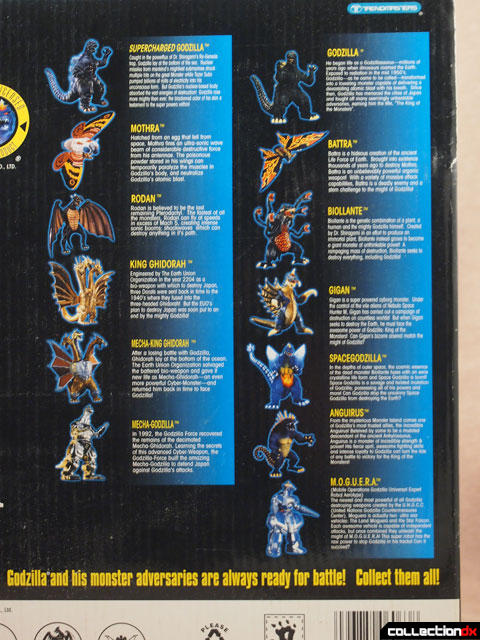 This is one of the ugliest representations of MechaGodzilla ever made. I can only imagine what the reference material used for this was. 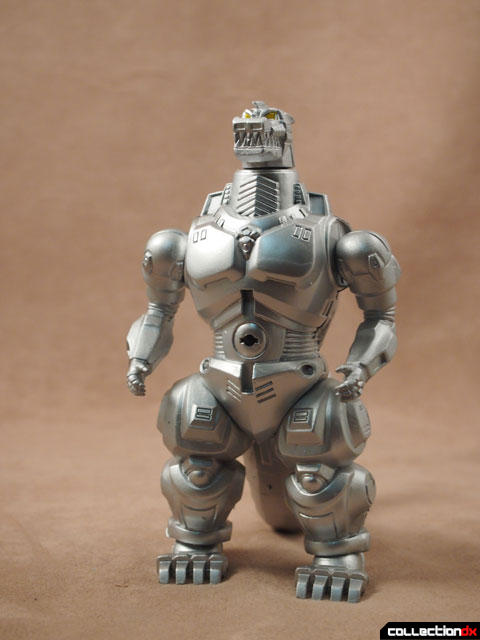 The tail needs to be attached. 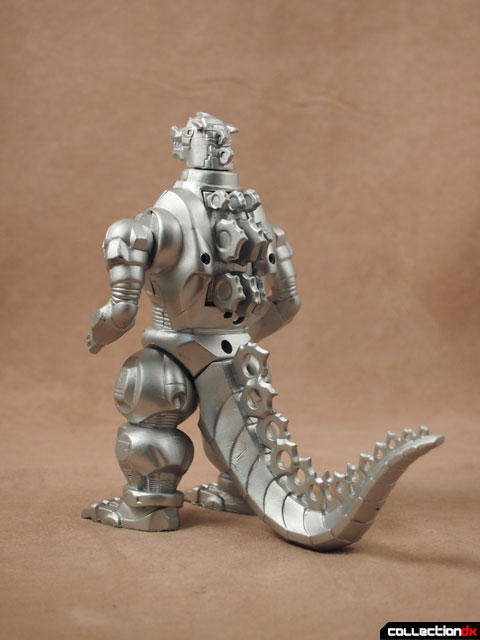 Look at that face. WHAT IS THAT? 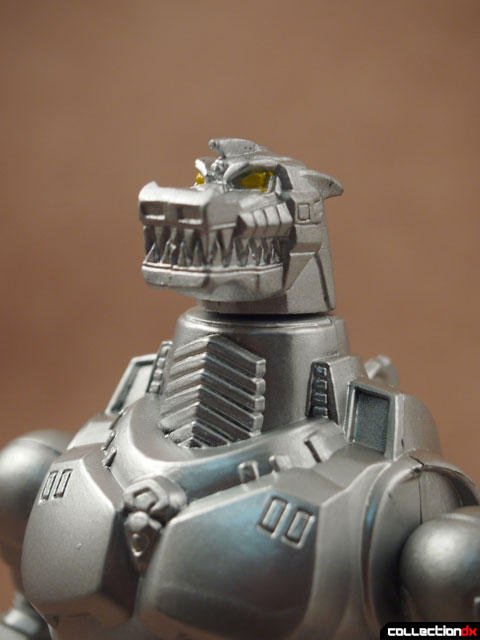 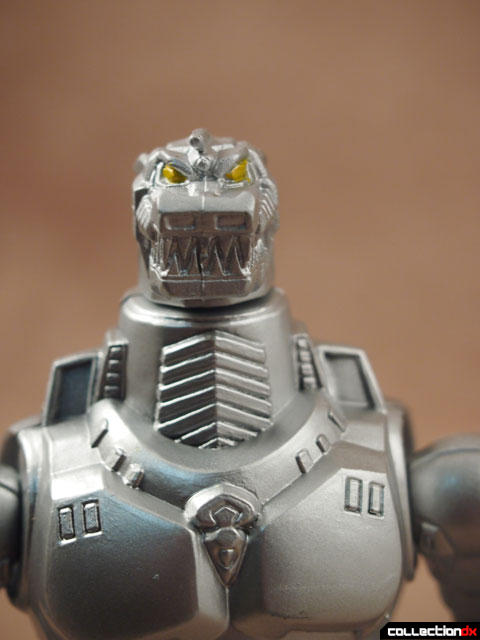 The mold is gummy and unrefined. Seam lines everywhere. Some parts are abs, but others are thick rubbery PVC. 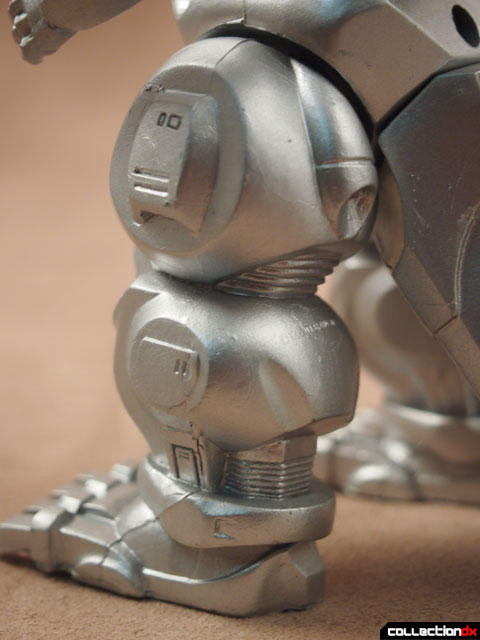 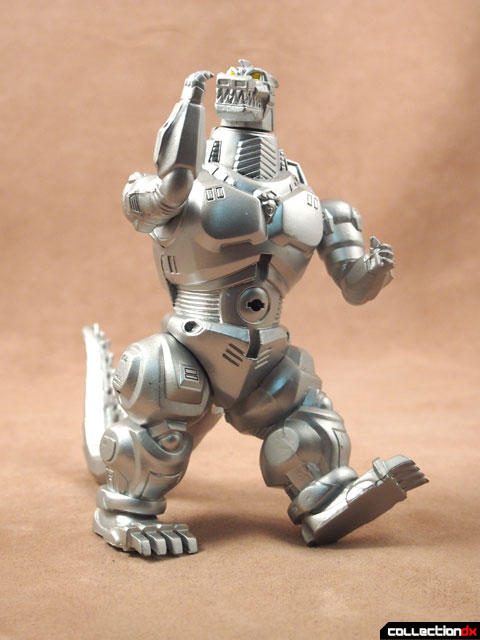 The one thing somewhat cool about this figure is the Power Up Armor. In this case it consists of the flying ship Toryu and several armor pieces. Supposedly Toryu replaced Garuda. Wait, there's a story here? Either way, the chrome plated plastic feels cheap and hollow. 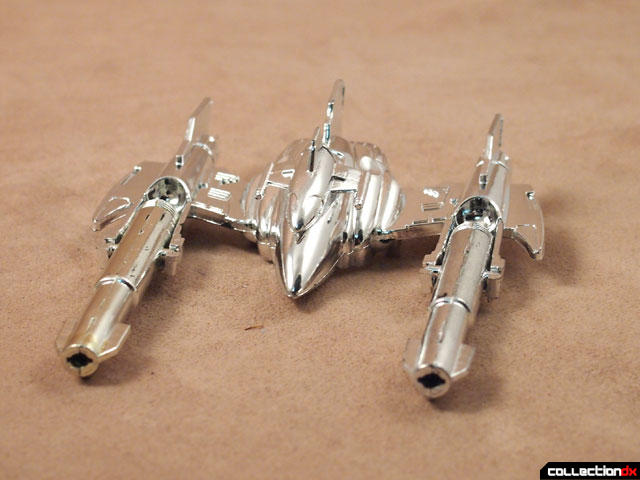 Ok, so he looks a little better with armor. If it wasn't supposed to be Mecha-Godzilla, it would be cool. 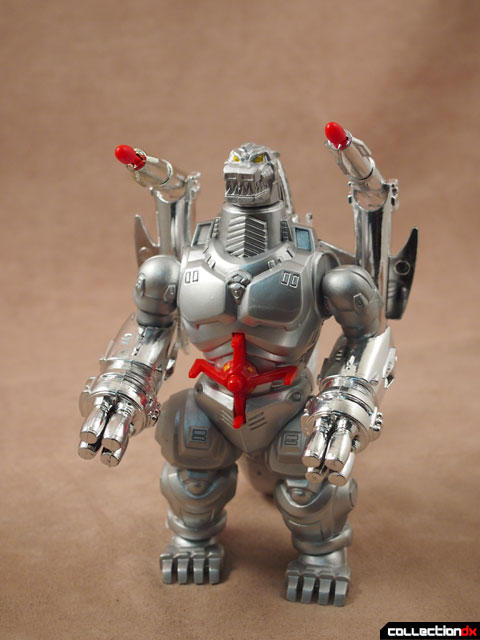 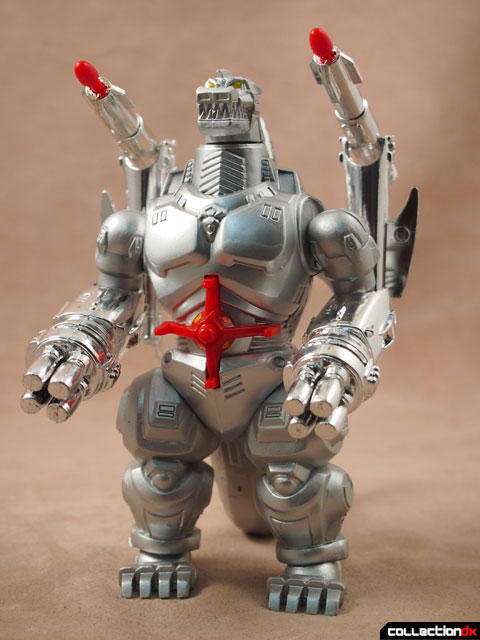 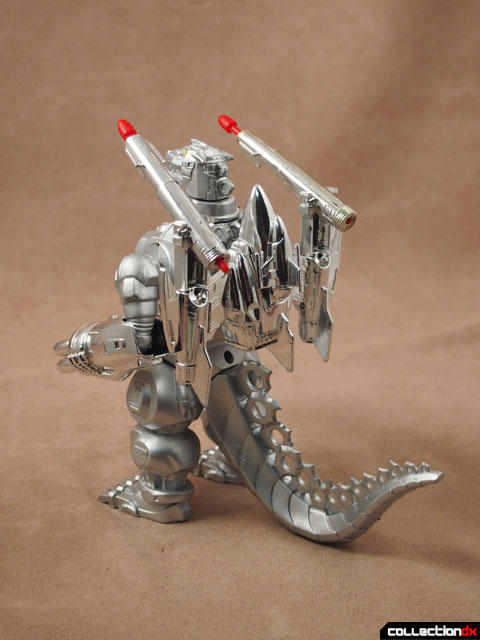 The two missile launchers fold over the shoulders. 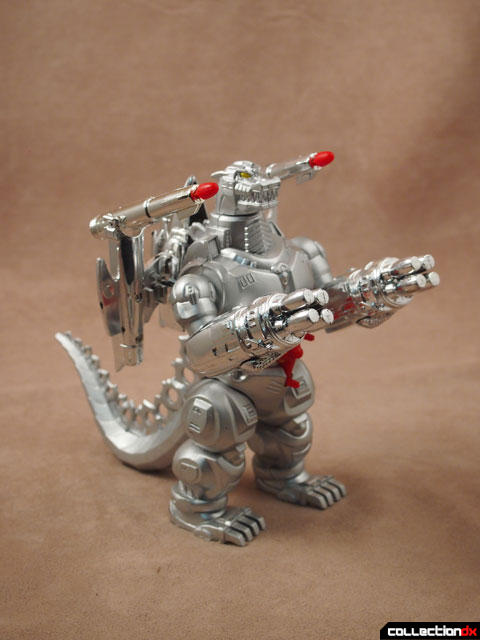 Chrome gauntlets fit over the hands. 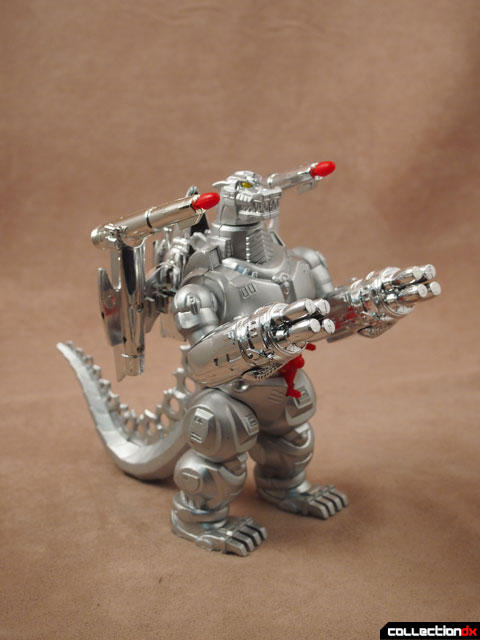 The small ship on the back of Toryu also separates. 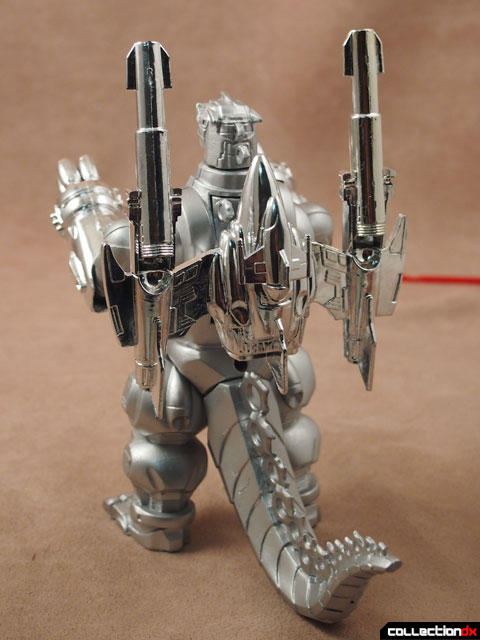 I admit, he has a decent side profile. Too bad he's a crap toy. 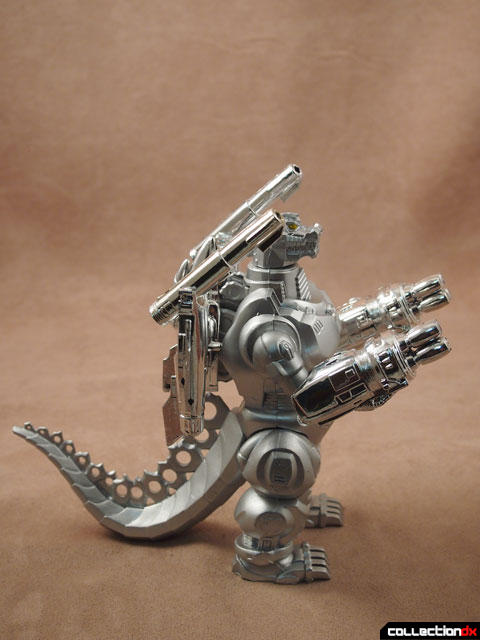 These are the potato instructions. 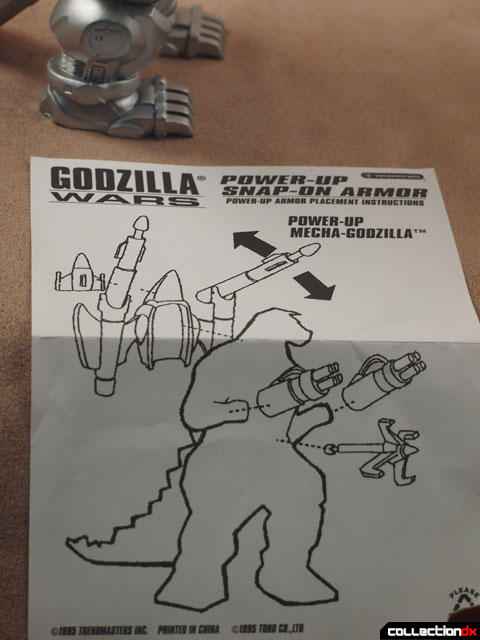 Also included is a bio card. The art on the card looks like it was done by a rejected Image Comics Liefeld wanna-be. 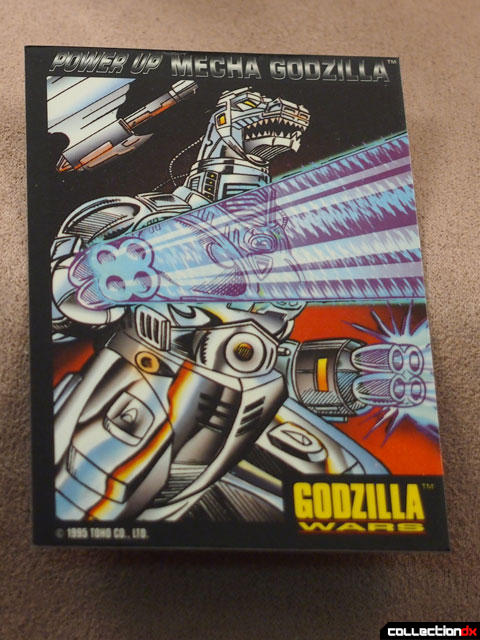 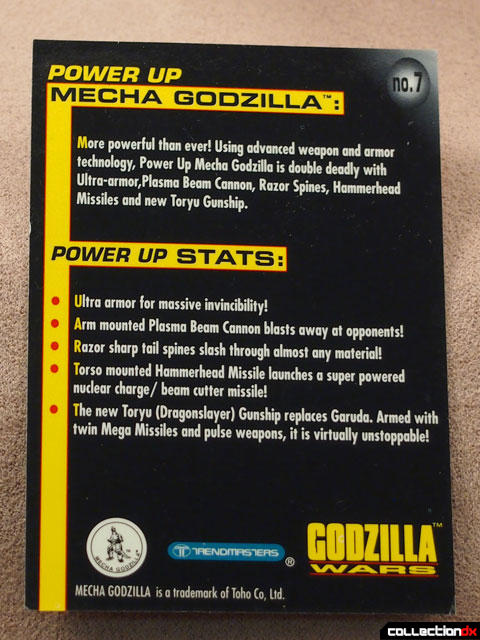 There's so much wrong with this toy, but it has a certain charm I guess. Maybe you had to be a child of the 90s when everything was "EXTREME!!!!!". He needed to be more muscly, more chrome but at the same time, cheap and without substance. The only thing he lacks is tons of tiny little pouches.

4 comments posted
Do not hate on this toy

Do not hate on this toy Godzilla fans, it is the only toy directly modeled after the film's poster art depiction of Mechagodzilla 2. Cannon hands and all.

This toy was also available with blueish-grey missiles instead of red missiles:

More than anything, this makes me wonder what would have happened if Godzilla vs King Kong went a different direction...

First off- thanks for posting that reference artwork netkid! That is really nice and I've not seen that till now.

I bought this(MechZilla) and the Mecha-Gidorah figs when they were on the shelf. I still display them with all the other Godzilla collection and they look fine. The obvious attractor was the missile launching capabilities. I got these two since the monsters were supposed to be mech, I thought the power up items looked more appropriate for these guys.

Josh - we know your a bit finicky when it comes to what you like- but I think it looks decent for what it was and the reference artwork netkid posted makes it all that much better. We cant always base the late 80's early 90's stuff on quality of hollow plastic, gummy molds, etc. I remember these being priced pretty low too. The age of super quality wasn't on the shelves. Most of the toys out during this release were similar in quality of materials I believe for the price-line.

I remember seeing the Godzilla Wars figures back in the day. However, I don't remember the ones with accessories at all. Looking at this review, what I loved most about this figure is not only the extra firepower, but the derpy-looking face that MechaGodzilla II normally has is replaced with one that actually looks sinister and evil. This is exactly how a kaiju-killing machine is supposed to look.