Bib Fortuna was an unsettling, slimy looking dude in Return of the Jedi. The vintage kenner figure was great though, with a thick construction and cloth robe. This early POTF toy tries to make him a bit more dynamic. 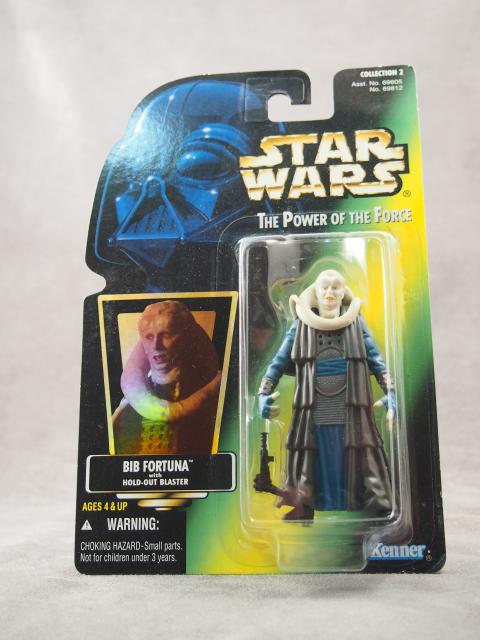 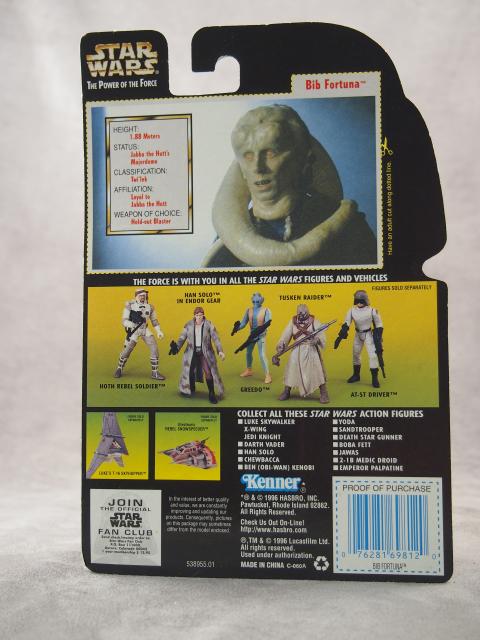 All of these early figures got dynamic, beefier sculpts, but by this time the line had toned down the bodybuilding. 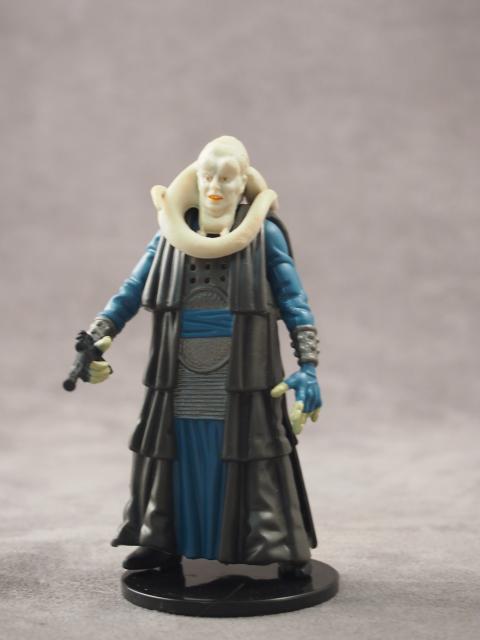 Bib Fortuna comes with a blaster, whereas the original came with a staff. I don't think either appeared in the movie. 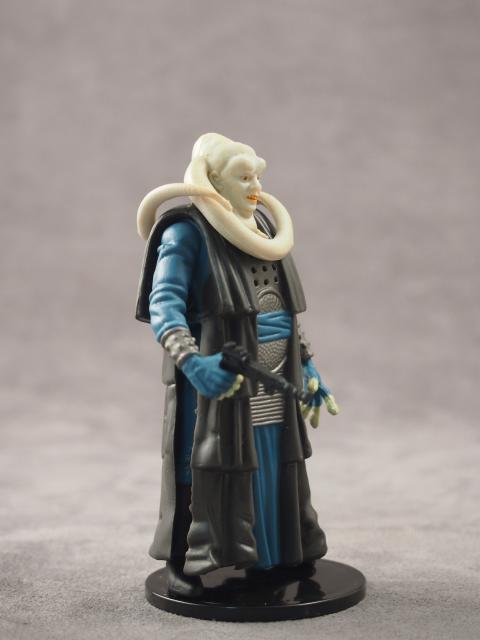 For some of these early caped / robed figures, Kenner molded the cloth as a separate outer piece that was often split down the sides to allow for the figure's movement. It kind of looks terrible. 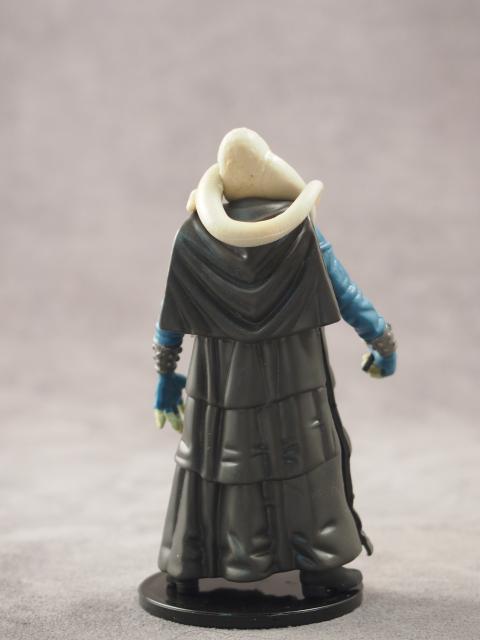 It's an OK figure, nothing to write home about.