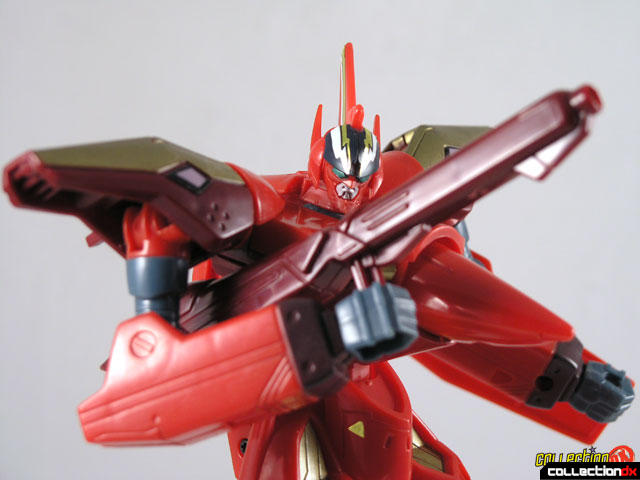 The bootlegs are remarkably good. The plastic is a little flimsier, and there are some sprue marks, but the toy is essentially the same. The sticker quality is a little poor as well. The stickers on the Fire Valkyrie tend to pop up as the adhesive is weak. I had a problem with my Fire Valkyrie where the fists were actually reversed! It was easily resolved with a screwdriver and some patience. 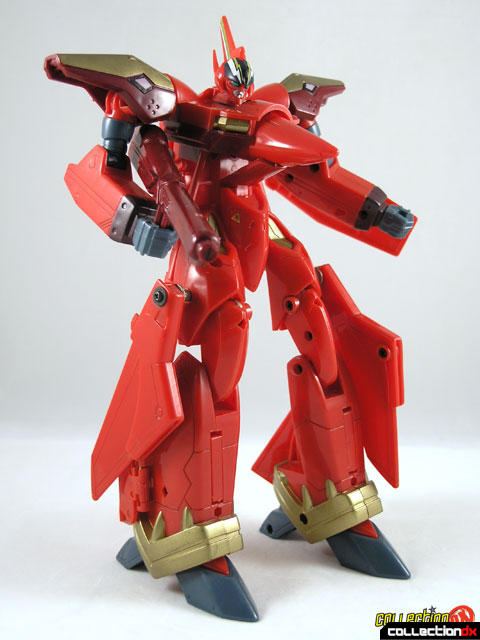 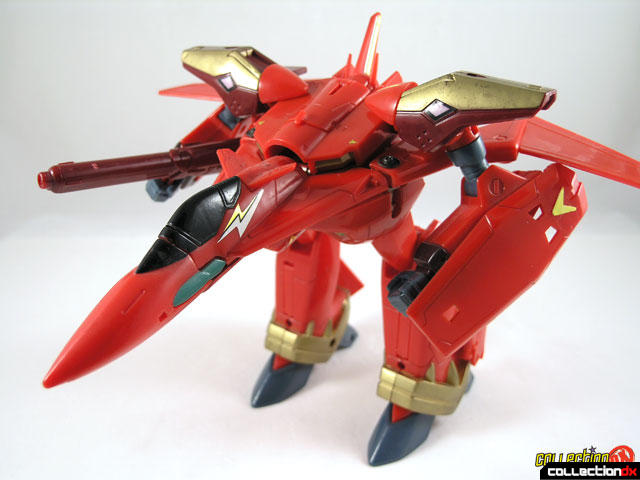 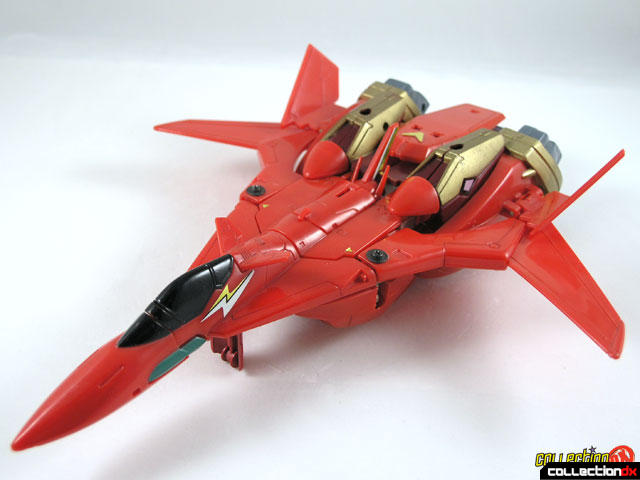 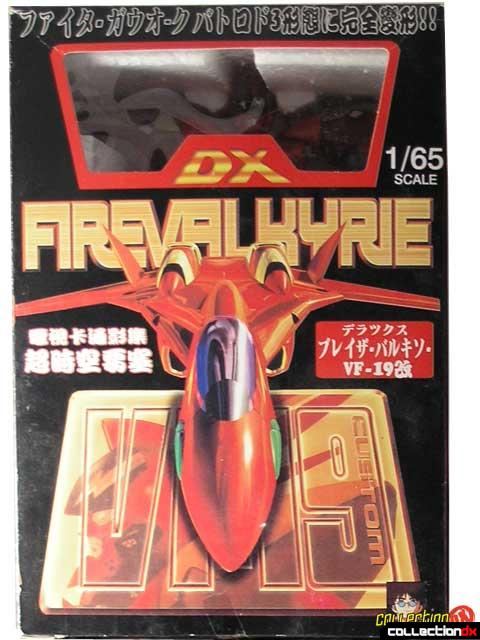 Bandai later reissued two of the Macross 7 Valkyries in 2001, one of which is the Fire Valkyrie. It's pretty common, so don't pay a lot for this one. 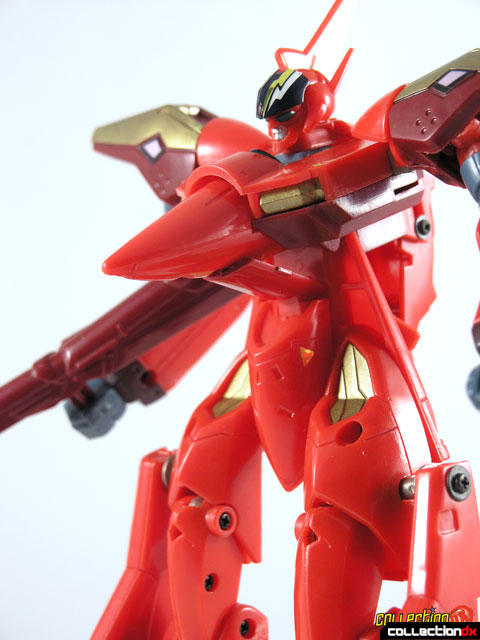 *editors note - the toy shown here was panel lined by the author.