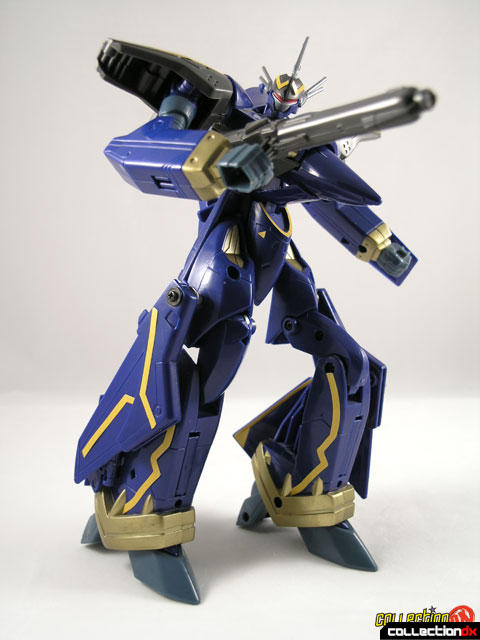 The bootlegs are remarkably good. The plastic is a little flimsier, and there are some sprue marks, but the toy is essentially the same. The sticker quality is a little poor as well. The shoulder stickers on the Blazer Valkyrie tend to pop up as the adhesive is weak. 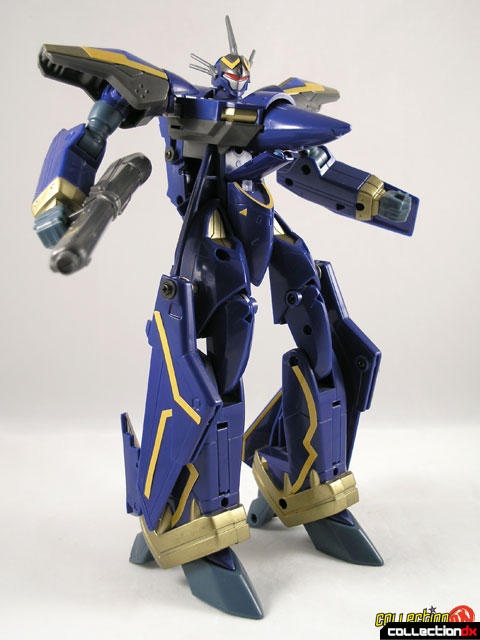 Each Valkyrie can transform into 3 modes - Gerwalk, Battroid, and Fighter. Gerwalk mode is kind of flimsy, but I don't know if that's the bootlegger's fault or a problem with the original design. 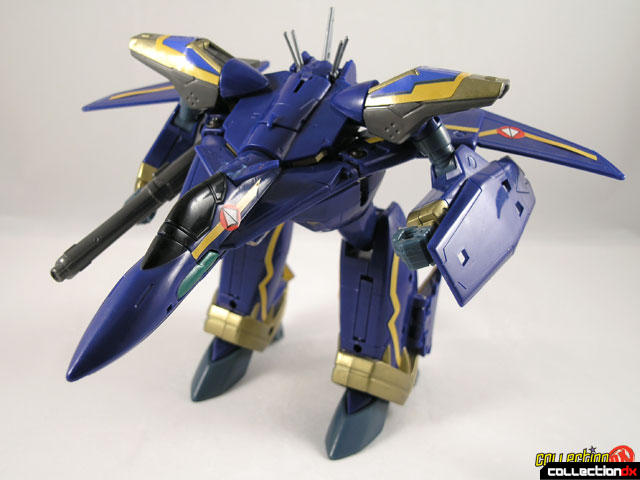 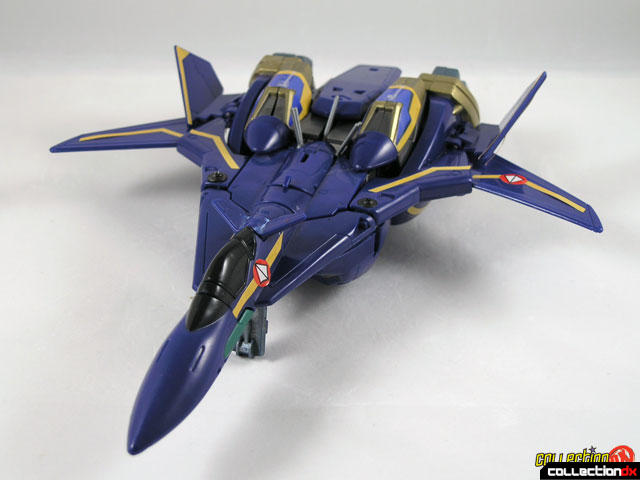 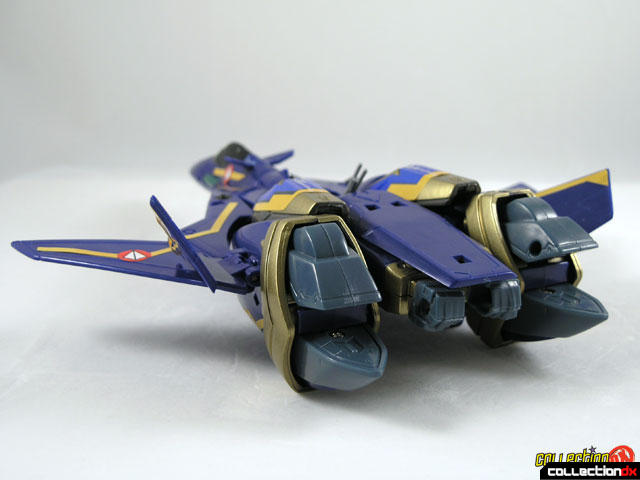 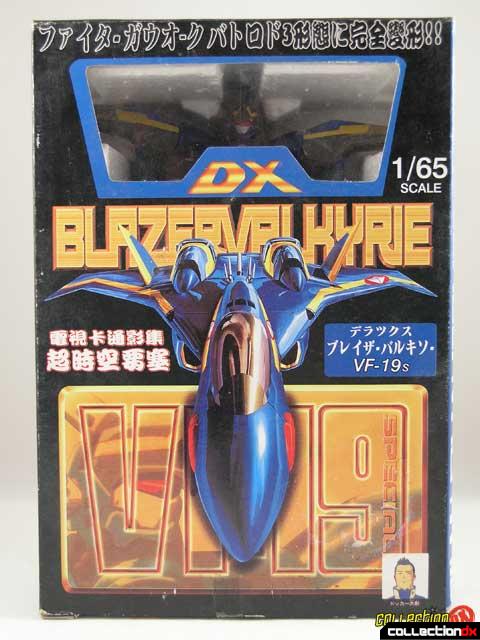 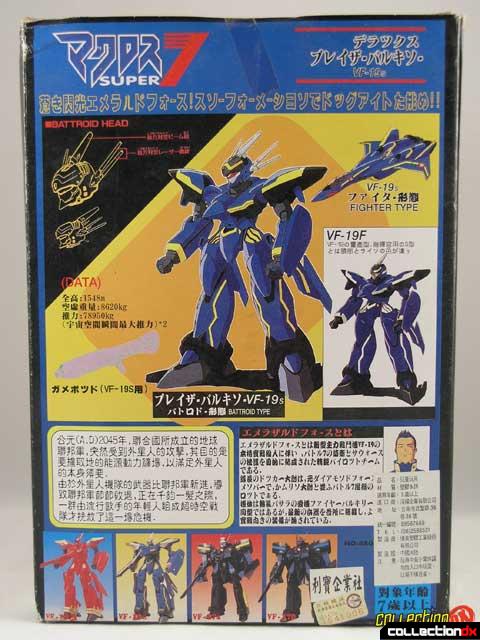 Bandai later reissued two of the Macross 7 Valkyries in 2001, but the Blazer Valkyrie was not one of them, making the bootleg an easy way to get this toy without paying a ton of money. 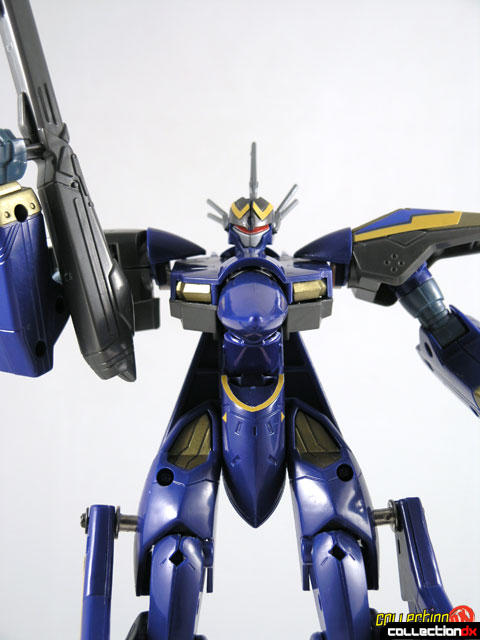