No matter the toyline you have, there will always be those one or two "odd" items that don't seem to fit anywhere. In this case, it would be the Saba Sword launcher. Saba was the White Ranger's talking sword, which he used in the show to summon the Tigerzord. 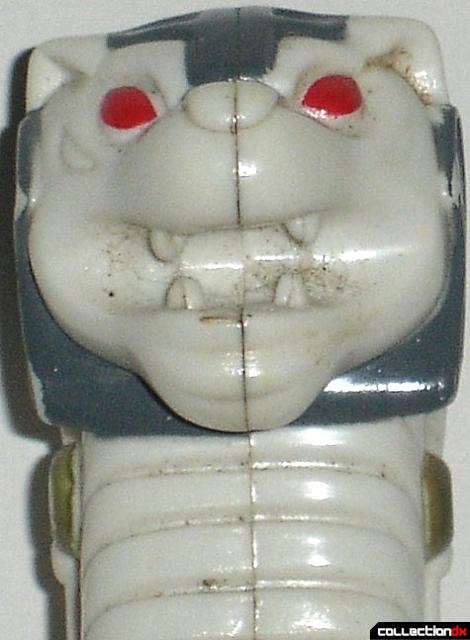 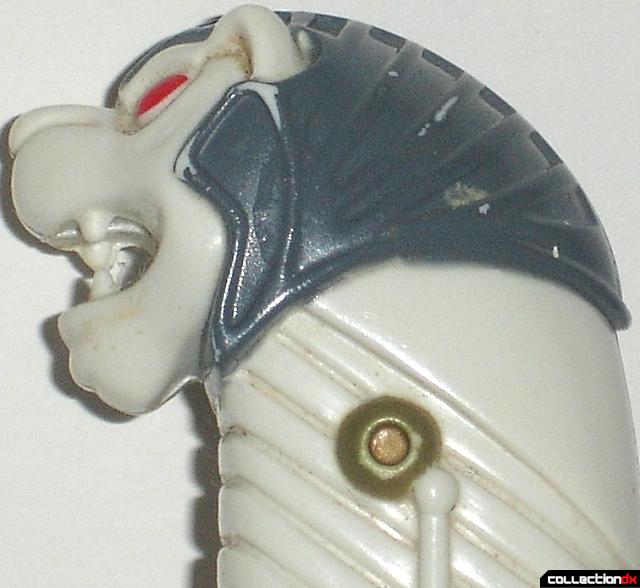 Even though the Saba launcher is basically a chibi-fied version of the real toy, he's very detailed. There's a dial on the front that has the White Ranger symbol on it. When you tun it, "it locks" the launcher in place to prevent any accidental firing. These launchers came with either a miniature Tigerzord or a Red Dino car driven by the red ranger. I am reviewing the Tigerzord version and to launch it all you have to do is turn the dial and press the white square button on the side.

Here's a random tidbit of info, in Dairanger (the original show that season two was based on) the White Ranger was a ten year old boy and Saba did all of his talking or him to cover up his identity. 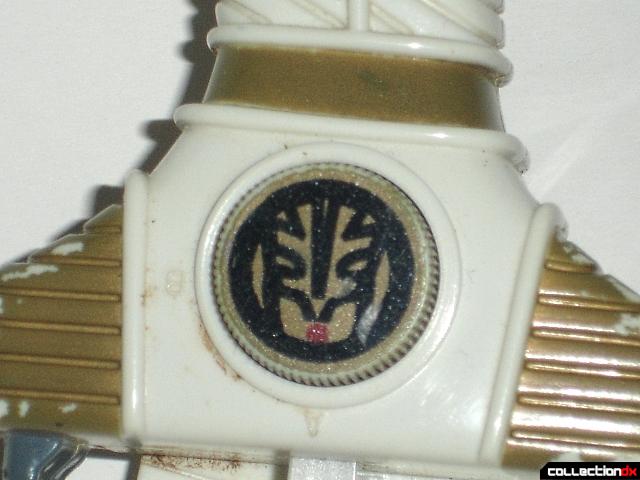 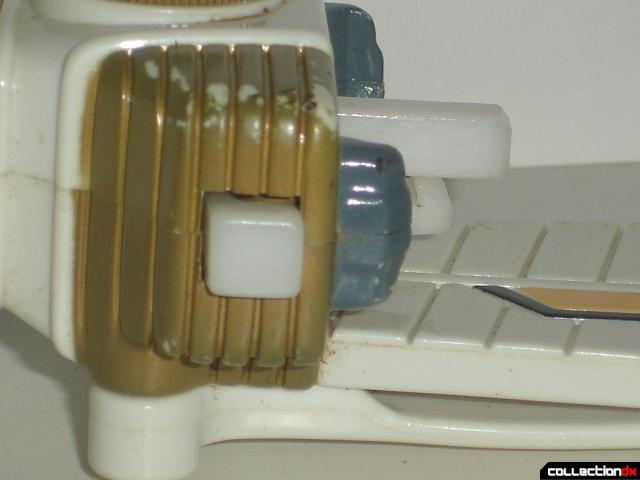 Even though the Tigerzord snaps securely into place, the launch mechanism is VERY weak. I got this as a child when it was brand new, so I don't remember whether the launcher always was this weak or if it's due to old age. 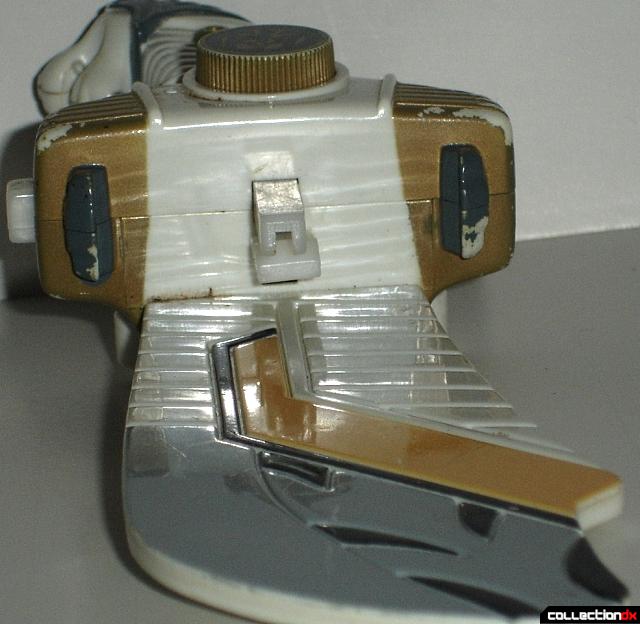 The Tigerzord itself is a (VERY) simplified version of the original one. No transformation, no lights, no sound, no articulation, no decals, no chrome, no sword, even the red orbs can't be removed. What it does have though, is some nice detail so I'll give it that. On the back you can see a face with a crown sculpted on. This was carried over from his larger counterpart since it could combine with the other Thunderzords. A very subtle, but nice touch. 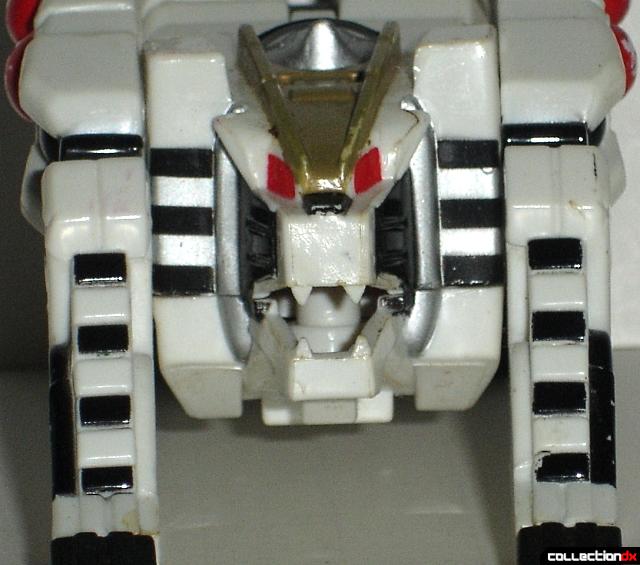 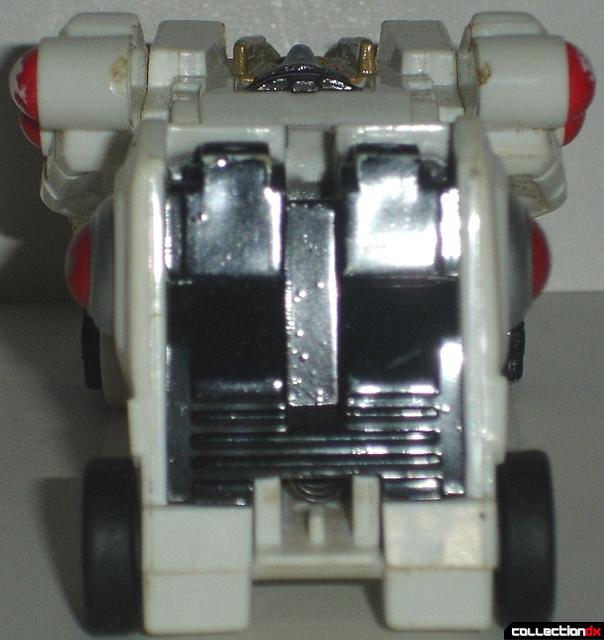 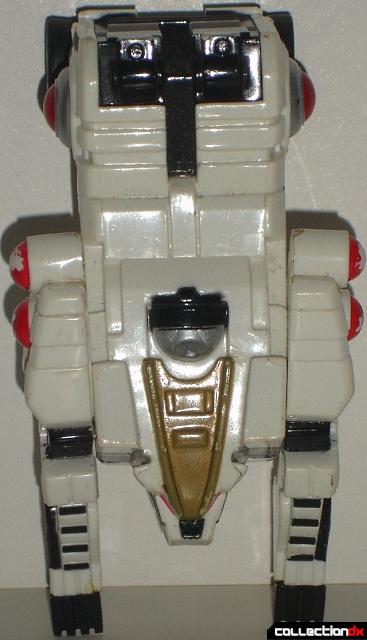 One last thing I want to add, is that the Tigerzord (obviously) has wheels. Unfortunately his back legs have been omitted, but I don't have a problem with it. The front wheels are plastic while the back ones are made of rubber. The wheels actually makes it look more "robotic" and when you slide him across the floor he moves fast and smoothly. I've had this for almost 20 years and the rubber wheels show no signs of wear or cracking. The same thing can be said about some old Gobots I've recently purchased. For being so old, the things look brand new. Shiny, spotless chrome and perfect tires. I've had to check three or four times to make sure they weren't knock offs. 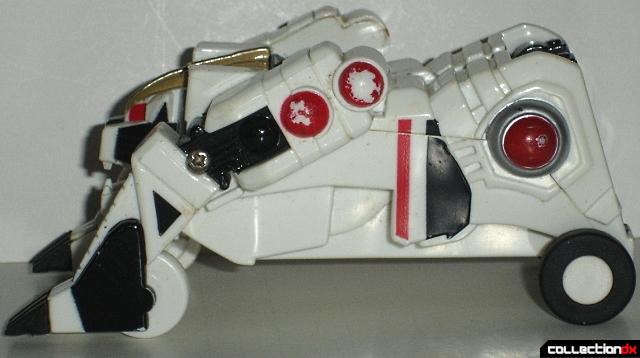 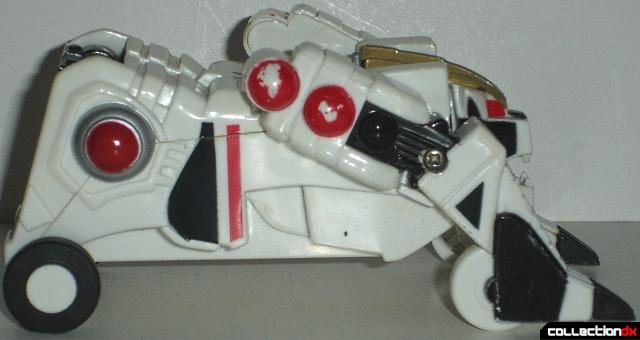 Final thoughts: For what it is it's a nice little novelty item, but with all of the other affordable Power Rangers items available (yes, even some of the Mighty Morphin' stuff is pretty cheap) don't make it a treasure hunt to try and find this set unless you see one in a lot on Ebay.