Haō Taikei Ryū Knight (覇王大系リューナイト) started life as a manga in 1993, but the toys from Bandai were based off of the 52 episode anime series which ran from 1994-1995. I've never seen the show, but it appears that the main characters all have these mech suits called Ryū mechs, which are more powerful than regular mechs.

I have a real soft spot for toys made by Bandai in the early 90s. It was before Bandai even had a collectors division and all the toys Bandai made had to function as toys for kids AND collectors.

When I first saw these boxes on Yahoo Japan I was intrigued. I was not familiar with these so I threw in some lowball bids and to my surprise I actually won. The boxes were a bit beat but they looked cool. 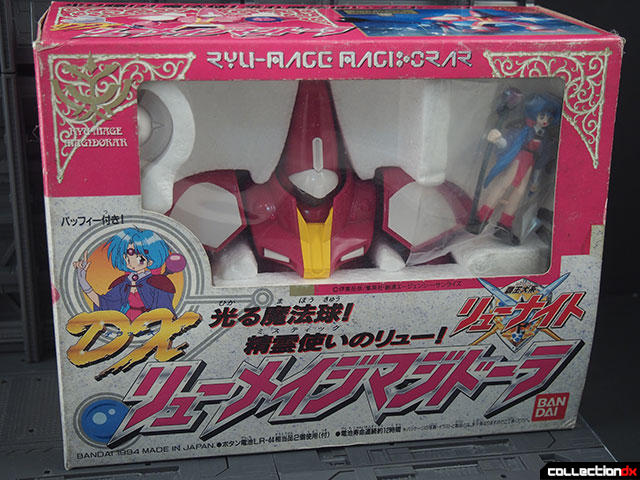 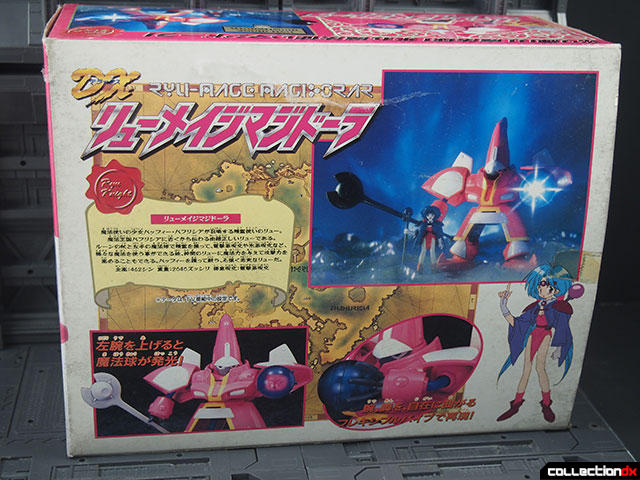 Inside you get a great styro tray and all kinds of parts and paperwork. A few small stickers need to be applied. Parts need to be removed from the sprue. 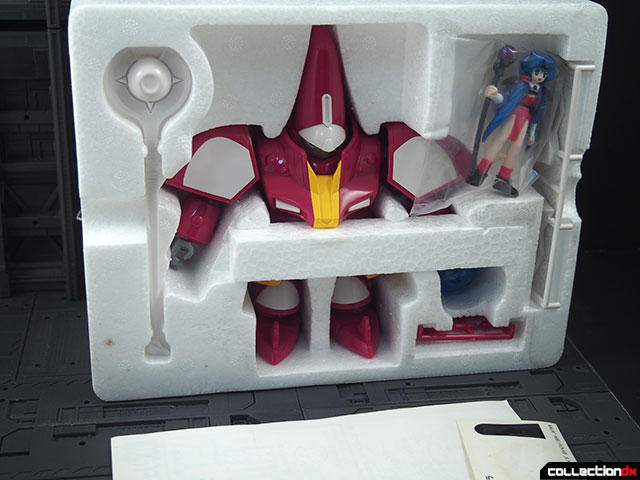 Assembled, Magidora is an odd looking robot. Part sci-fi, part fantasy, Magidora looks like it jumped out of an early 90s fantasy RPG. 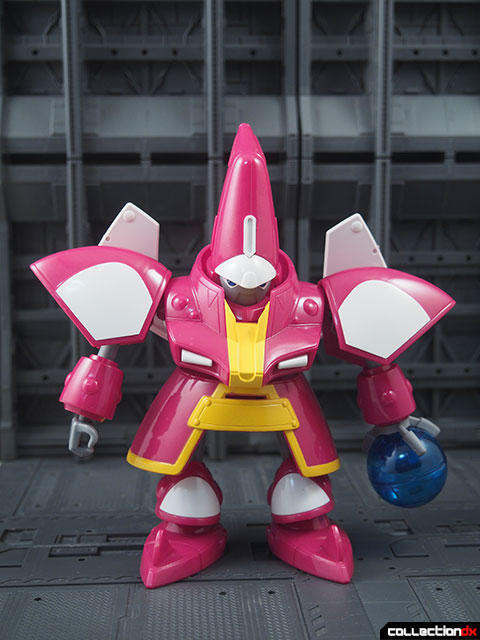 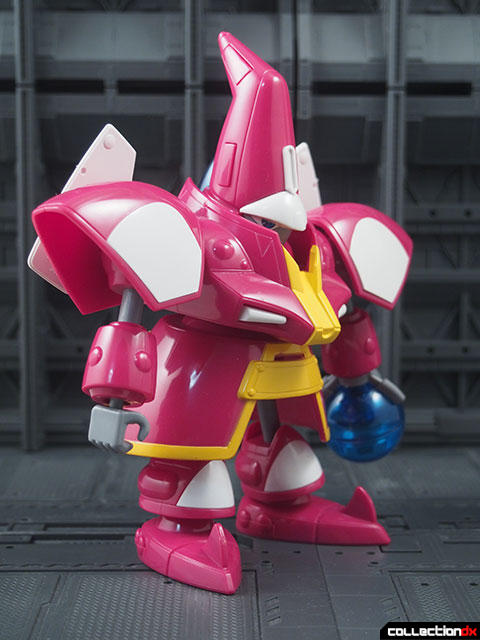 Beneath the armor are spindle-thin limbs that are poseable to a degree. The armor limits most poses. The wings on the back need to be attached. A panel on the back needs to be unscrewed to insert the batteries (not included). 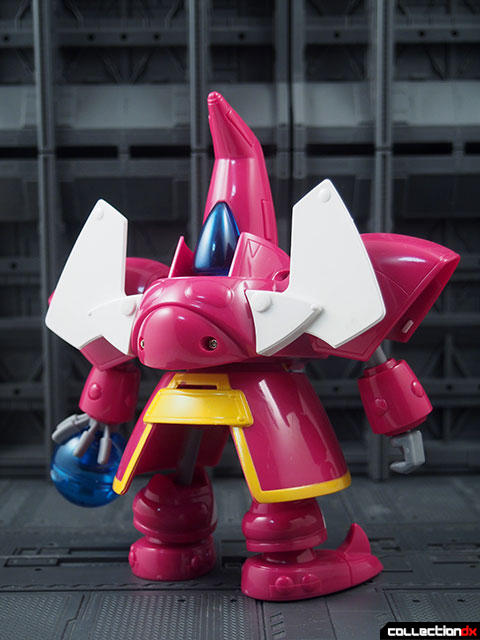 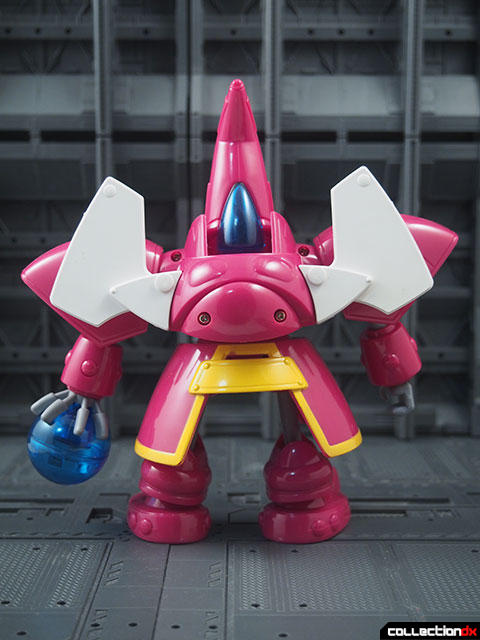 Magidora holds its Rune Staff in the right hand, while the Spirit Rune is permanent affixed to the other. 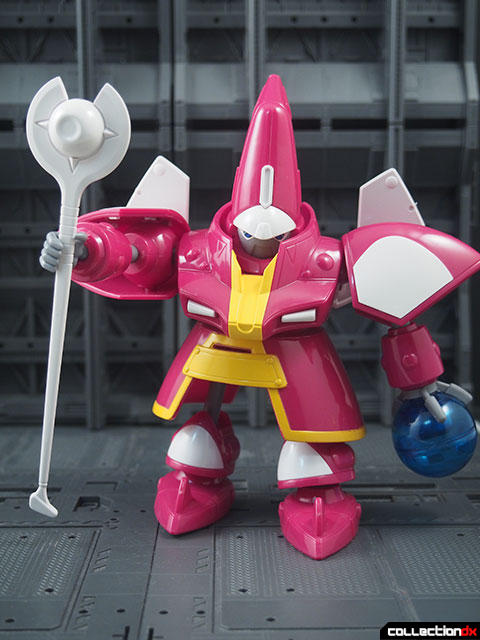 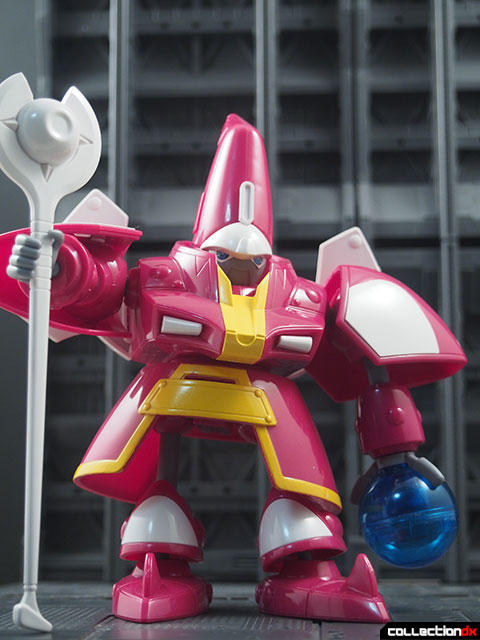 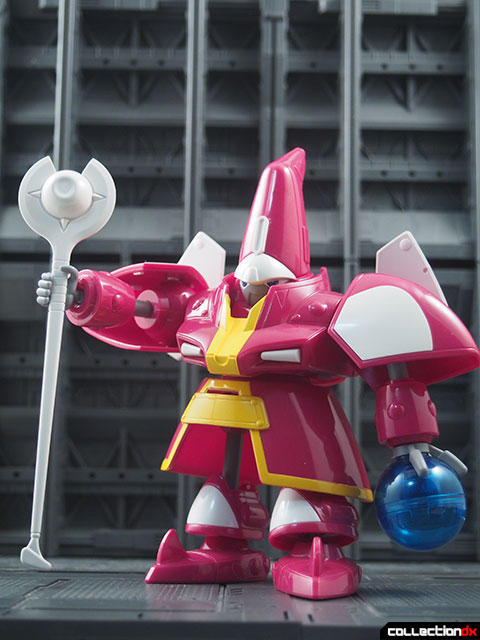 The spirit stone lights up when the arm is moved. I found this mechanism very unreliable, only getting the orb to glow part of the time. 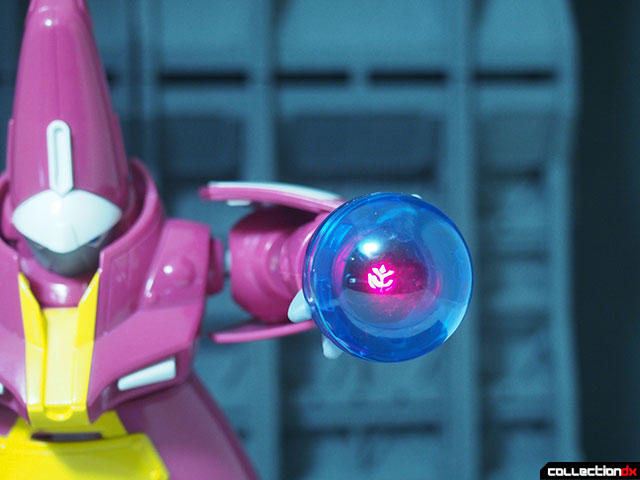 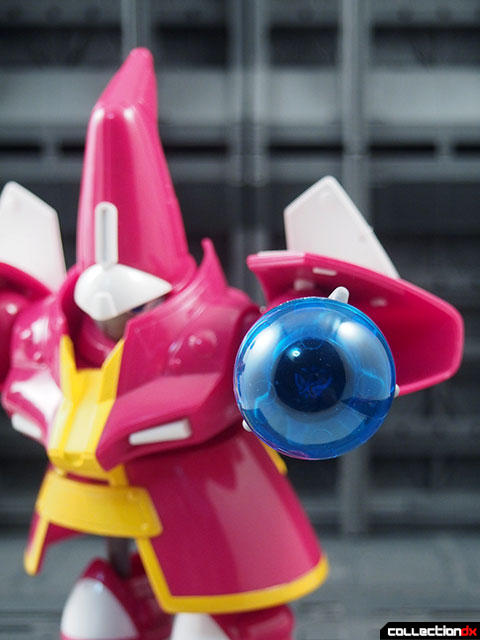 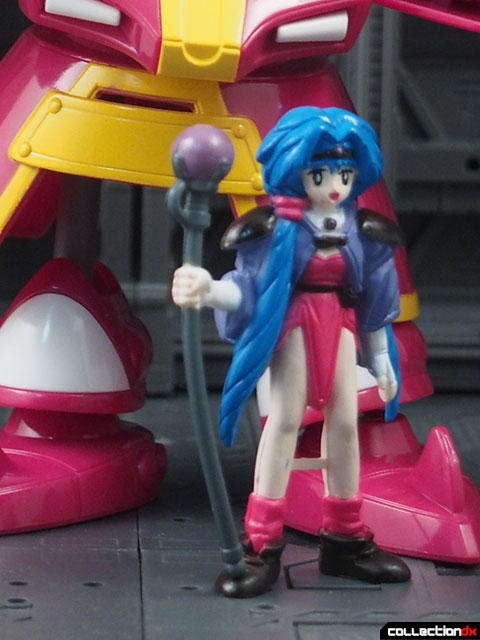 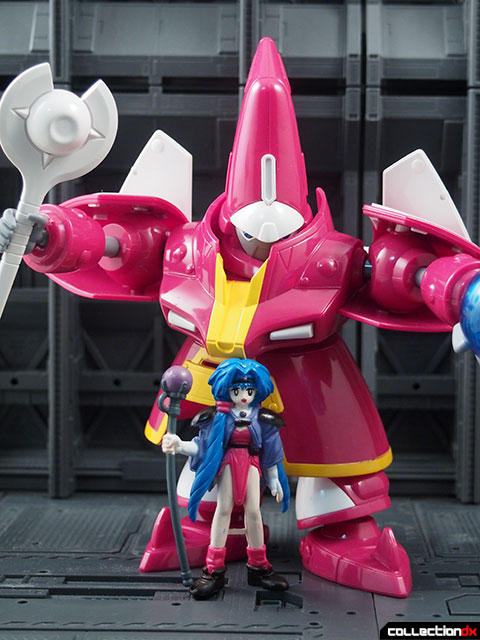 I love the plastic that early 90s Bandai toy used. It's the same stuff that the MS in Pocket line uses, and these toys have a very similar feel, despite being twice as large. 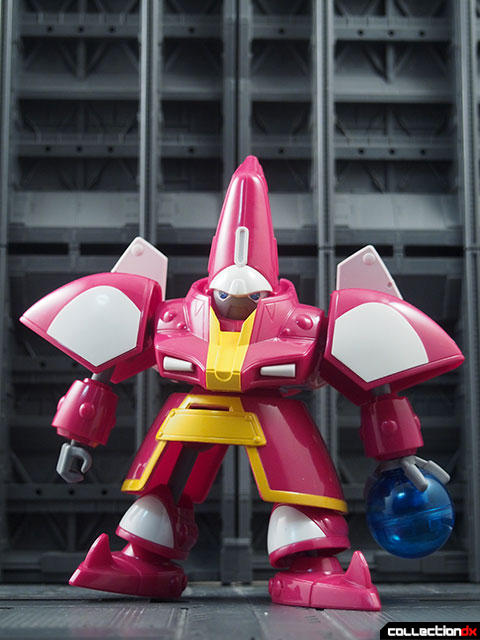 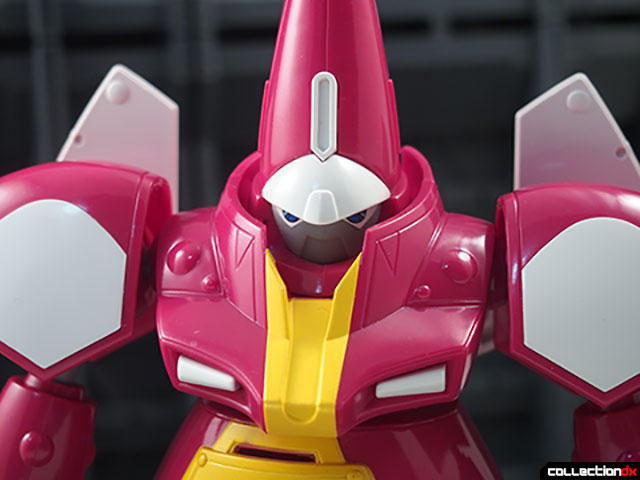 Seems like from the late 80's, mid 90's there was a short lived popularity of SD mecha shows like this.