One of the great things about collecting Japanese toys is that there is no shortage of variations of a character, no matter how obscure or how vintage. Whenever the Bandai licensing machine got into motion, you could be guaranteed several different releases of a character in various price points across the line. This concept dates back to the early 70s when Popy would release different version of their diecast robots. The trend continues to this day.

The example we have here is the Pla-Dela Muteki Shogun from the Japanese series Ninja Sentai Kakuranger, imported here as Mighty Morphin' Power Rangers Season 3.

Pla-Dela プラデラ (often referenced as PuraDera) is short for Plastic Deluxe. the "Pla" prefix is often used in Bandai toy branding with such terms as Plamo (Plastic Model) and GunPla (Gundam Plastic Model). These toys were often all-plastic versions of giant robots or sentai mecha, offered at a lower price point and smaller scale. Usually these toys would be non-transforming but still feature several different action features. They were a good fill-in if parents couldn't afford the giant deluxe sets.

The Muteki Shogun robot represents on of the giant god generals in Kakuranger. It's comprised of 5 giant beast generals that combine to form the giant robot. It is important to note that unlike the DX Muteki Shogun, this toy DOES NOT separate into it's individual forms. 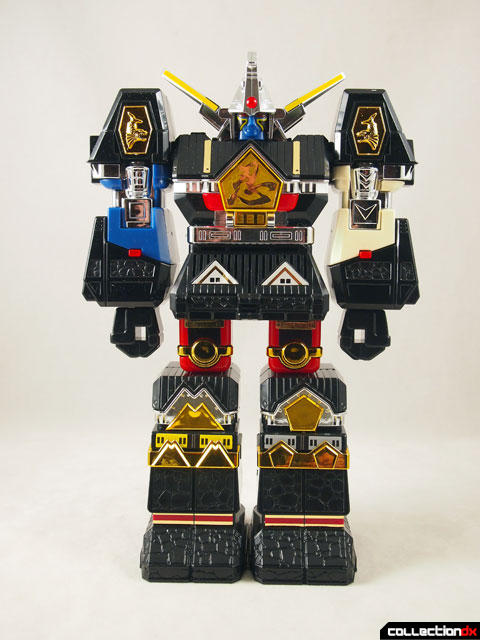 The package is loud, Japanese and awesome. Colorful artwork surrounds on all sides with a see-through window on the front. 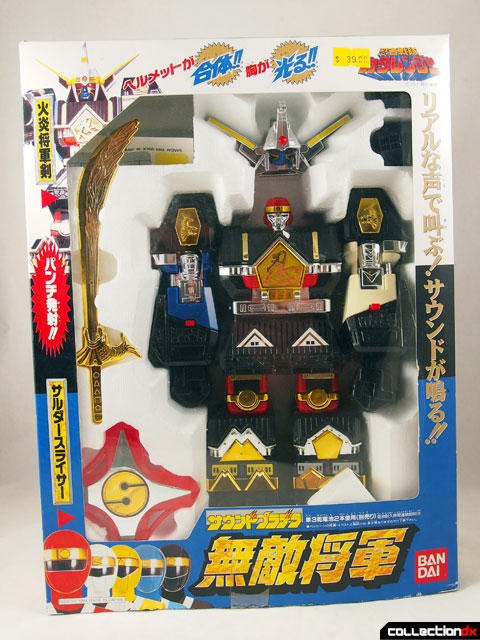 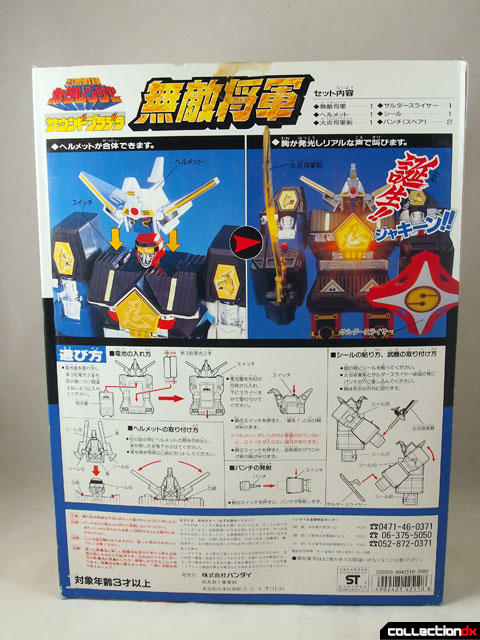 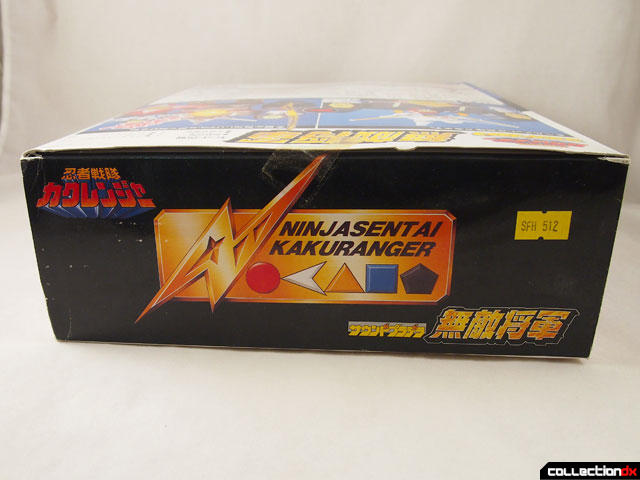 Even the Pla Deluxe toys got styrofoam trays in the 90s. 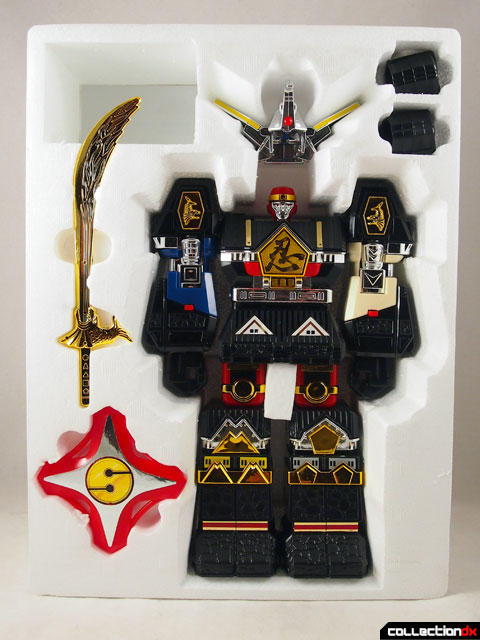 Muteki Shogun has a huge shelf presence. He is a solid block of heavy plastic with minimal articulation. The panel on the back opens to insert batteries. 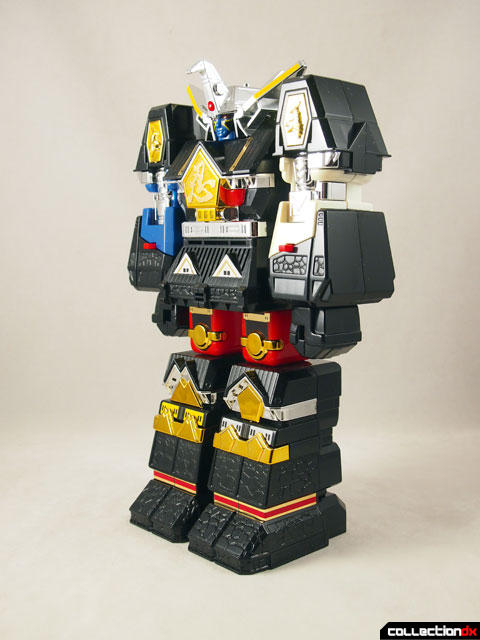 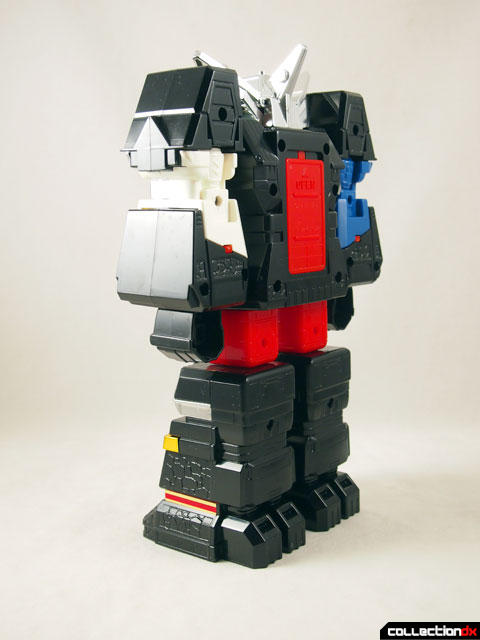 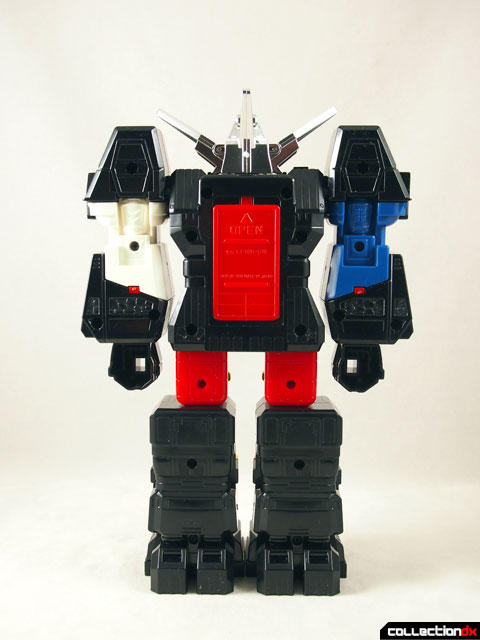 Articulation is limited to the shoulders only, but that's typical of these blocky old Super Sentai bots. 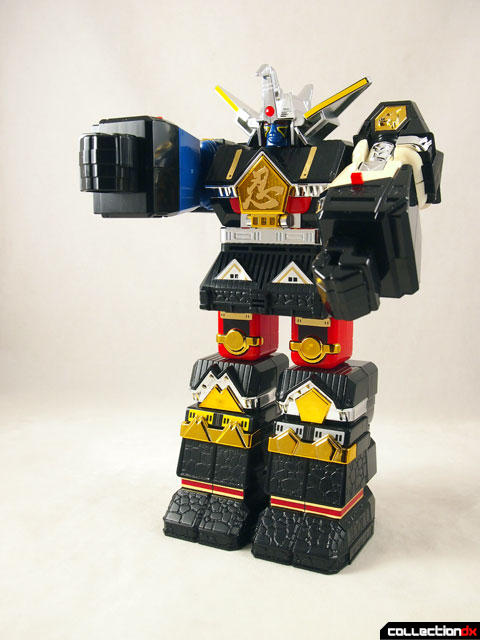 The fists fire with an old-school strength, and I like that two extra fists are included. 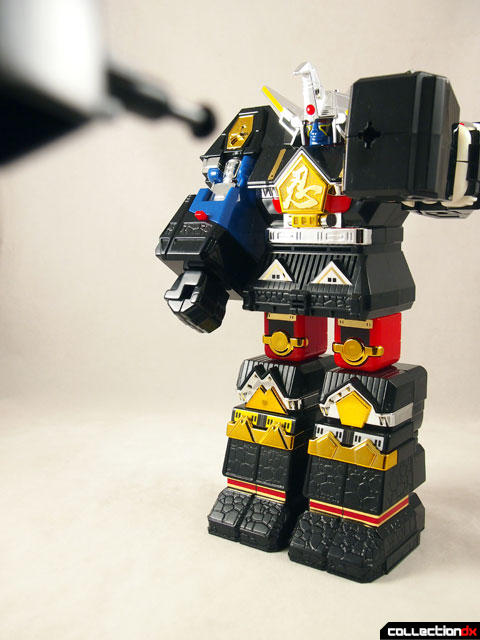 Muteki Shogun can hold the Flaming Shogun Sword and shield in either hand. 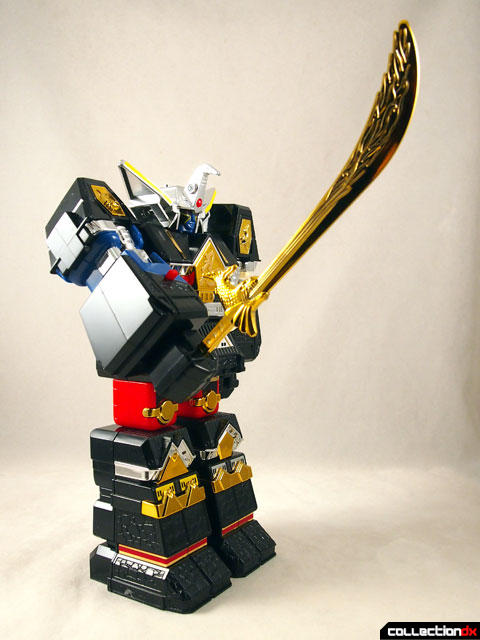 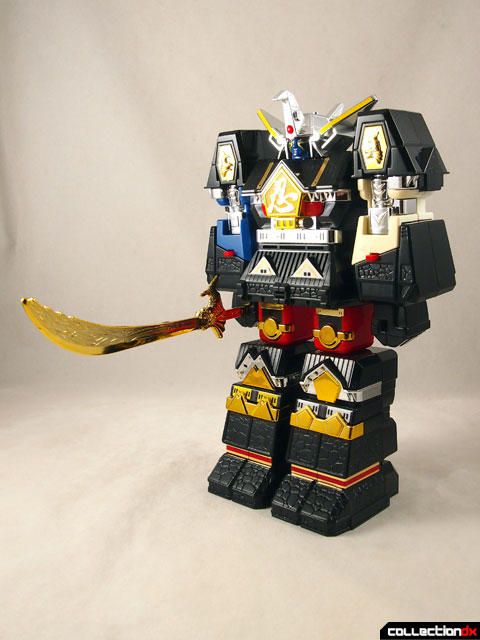 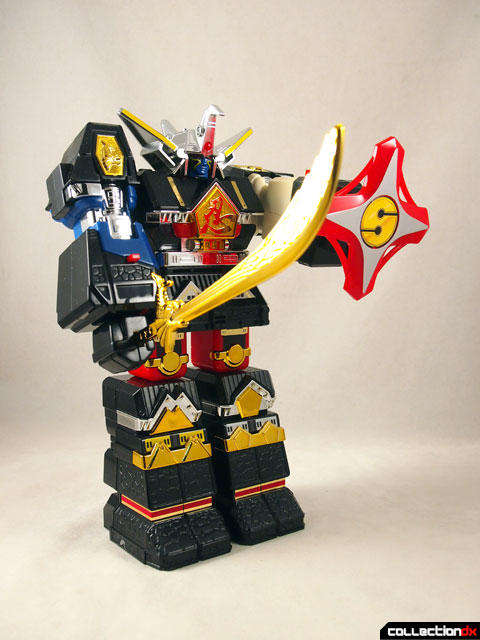 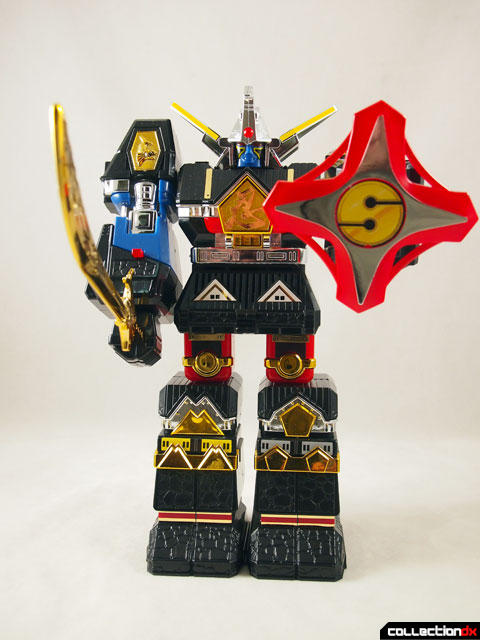 The light and sound feature is activated when the White Kark is placed on the head like a helmet. The wings can fold down which activates the electronics located in the body. 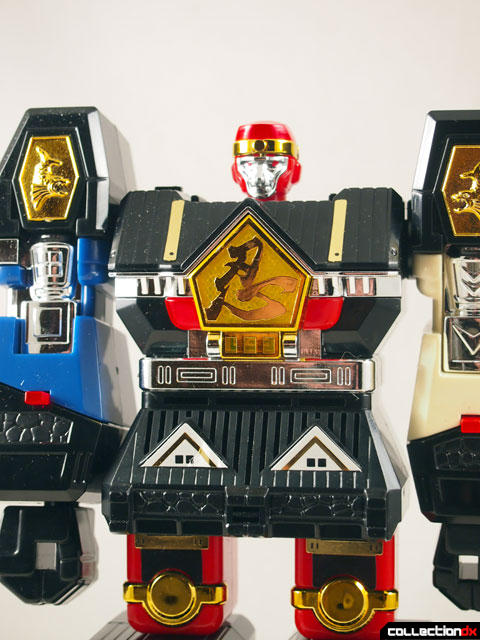 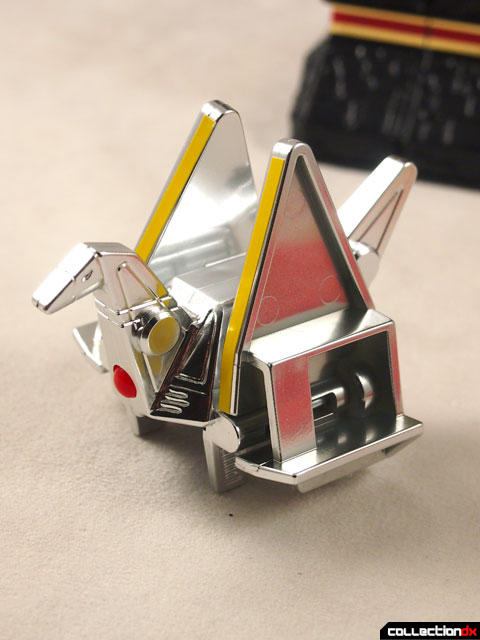 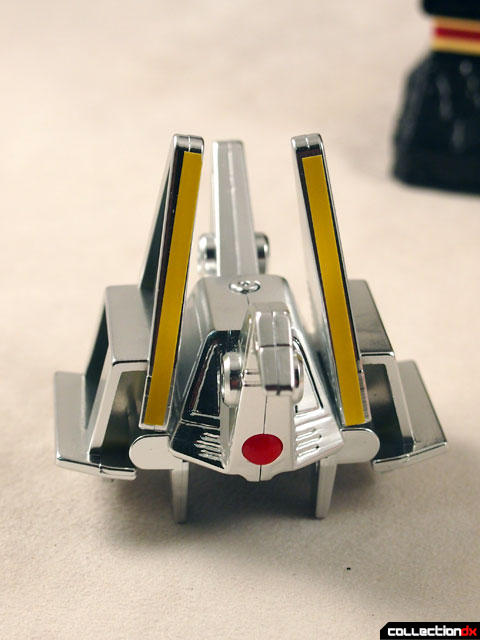 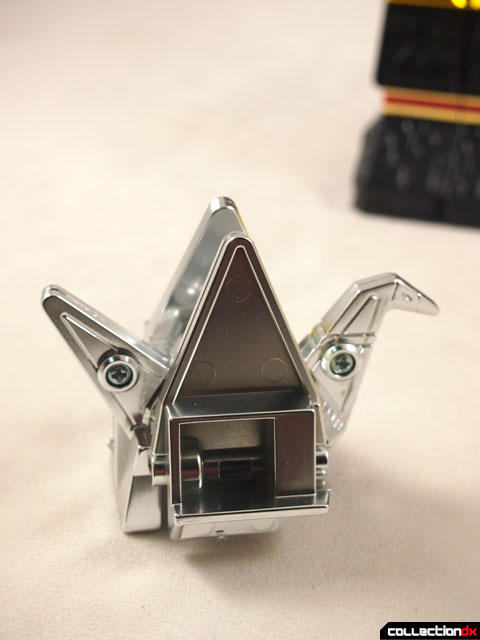 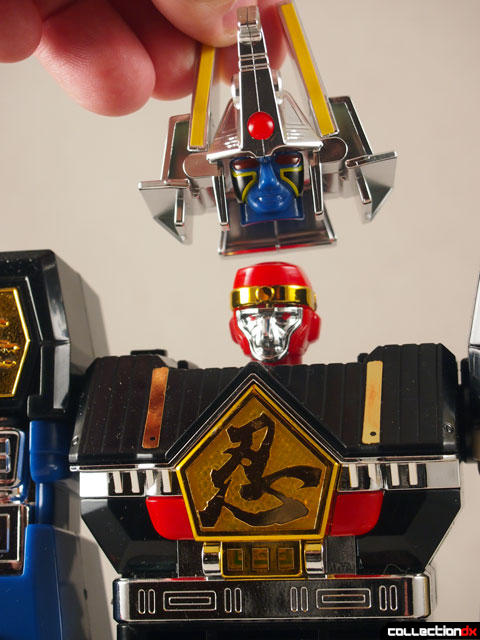 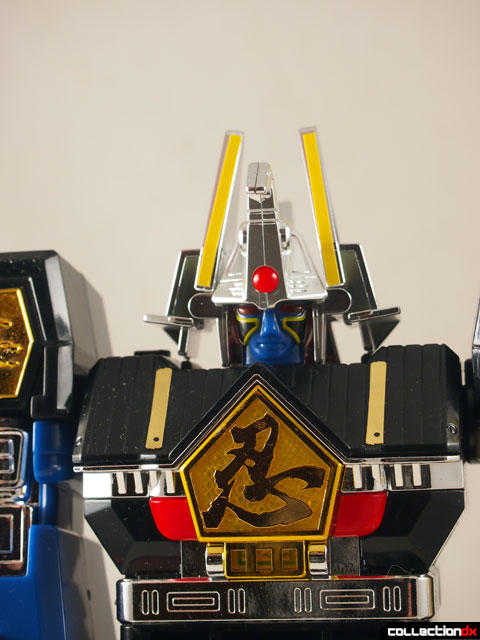 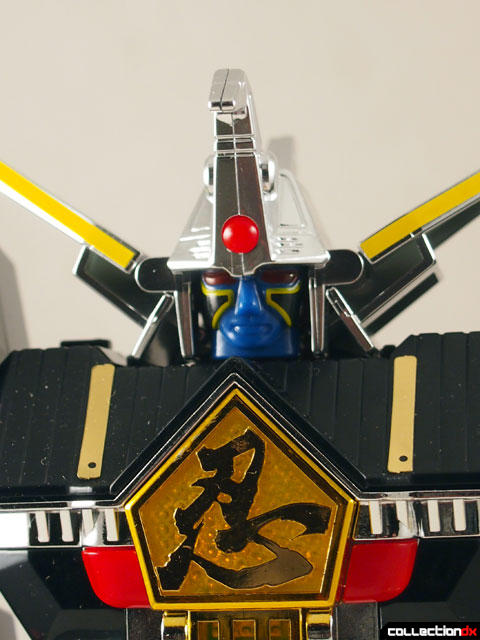 The Pla-Dela series is a great line to collect but becoming increasingly difficult to find in boxed condition. These were aimed squarely at kids and were really considered disposable items, not things that should be kept in collector condition. Muteki Shogun was one of the later releases in the line and while cheaper than the DX version, it's price is on the rise.

This is one of my favorite sentai robots.