In the early 90s, Trendmasters was all over the place. Before they got great with their Iron Giant toys, Trendmasters released a series of sort-of-bootleg toys under the brand "Masterbotix". Under that line were assorted repackaged or remolded toys from Japanese cheap toy maker JAM. But they also tried to hop on the hot Power Rangers bandwagon by ripping off their 6" action figure line and labeling them Power Bots. Perhaps hoping to confuse parents (Power Bots - Power Rangers), these popped up at KayBee toys while the initial Power Ranger toys were scarce.

And make no mistake - these were pretty much blatant ripoffs, but also were mostly new molds.

Lets take a look at the box. Power Bots were labeled as "Mighty Peacekeepers From a Distant Galaxy". 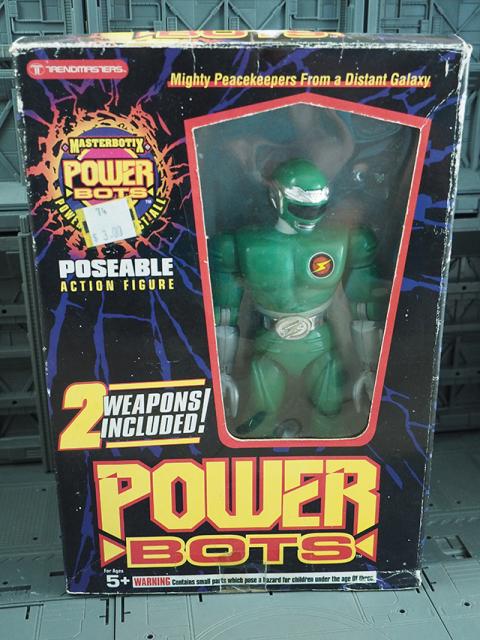 The box has a story for the characters, and a description of each character. This one is named Kelly, which I am going to say is sort of racist. Hear me out... 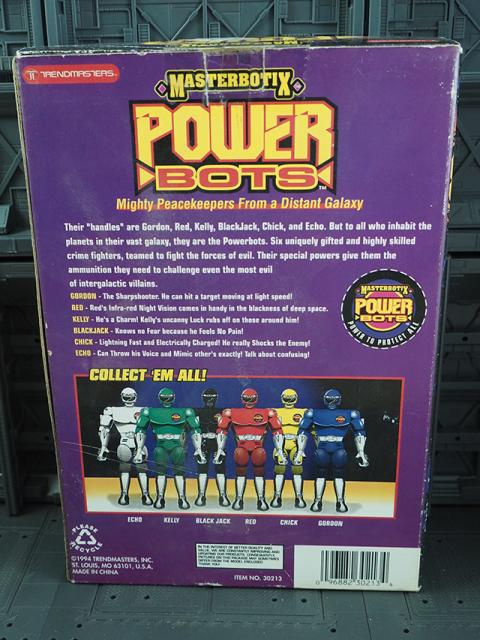 First of all, Kelly is green. But check out his bio: "Kelly - He's a charm! His uncanny luck rubs off on all around him!"

I mean, he's basically a Power Ranger Leprechaun. The 90s were something else. 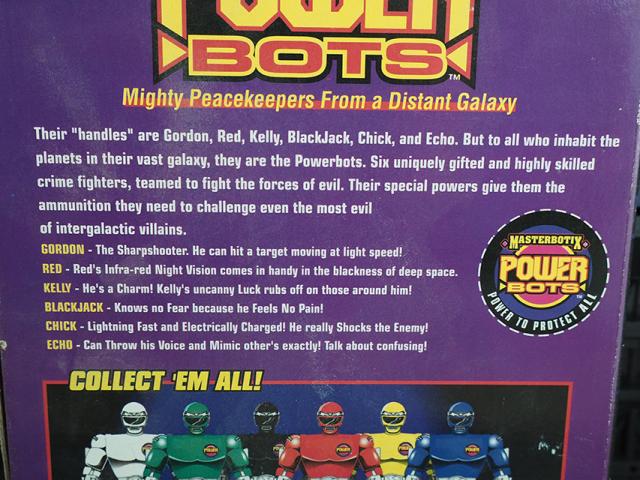 The toy itself is not bad, and it's a lot better quality than you would expect, but it's no where as good as the Bandai Original. 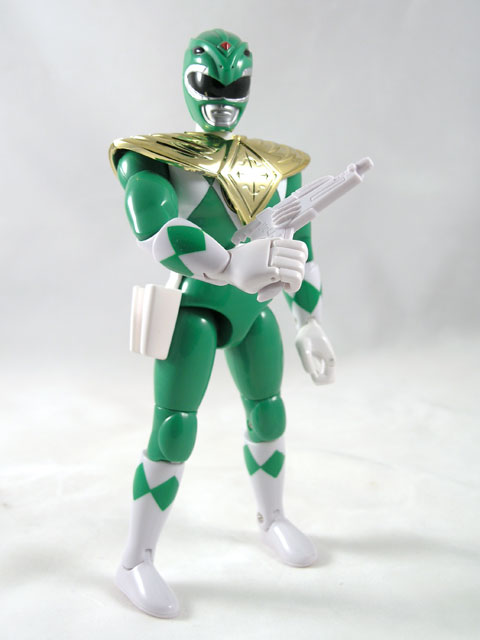 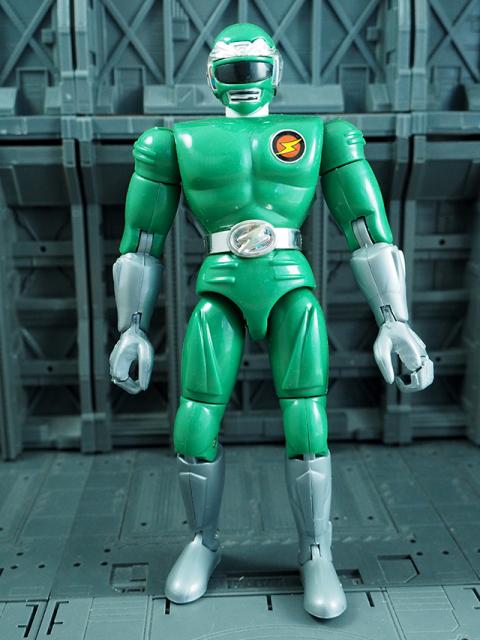 You can see that while most parts are entirely new molds, it's clearly the same toy. The Chinese factories basically took the original, changed the head, added a few details, and created the new toy. At least it's a solid base to work off of. 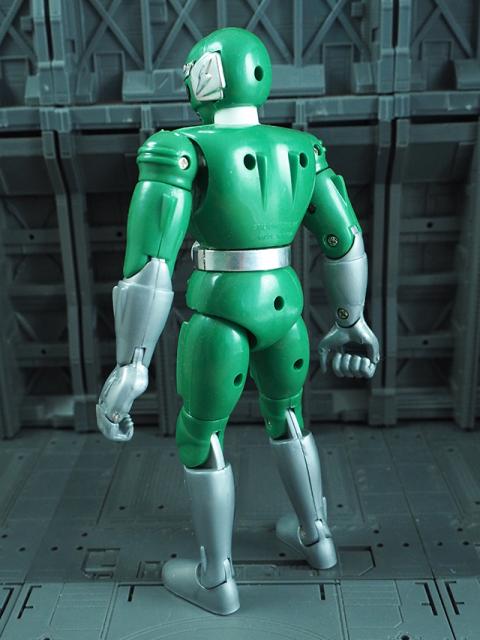 These figures were super poseable, but due to the cheapness some of the joints get stuck where seam lines meet. 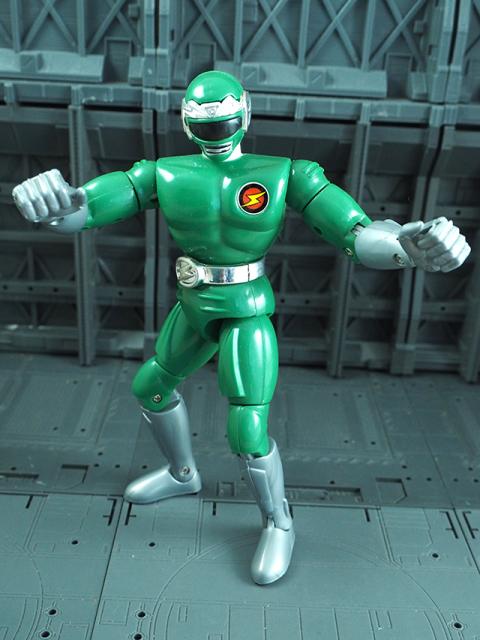 The hands really suffer from the cheaper process - there's flash left over from the mold all over the place. 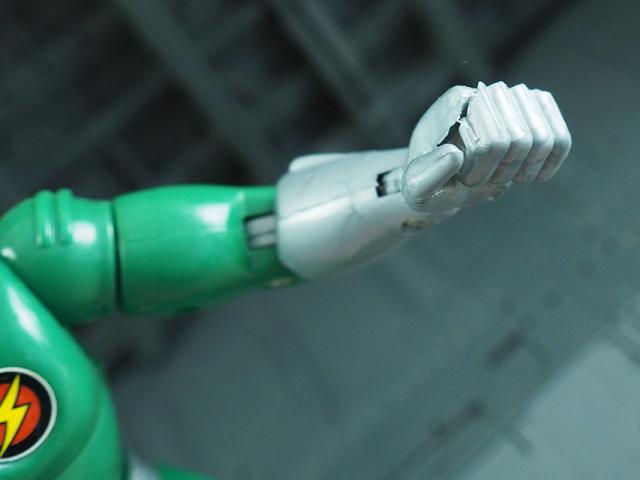 Two weapons are included - a sword and a gun, both also looselt modeled off of Power Ranger weapons. Unlike the original, there is no holster on the hip. I kind of like the lightning bolt sword. 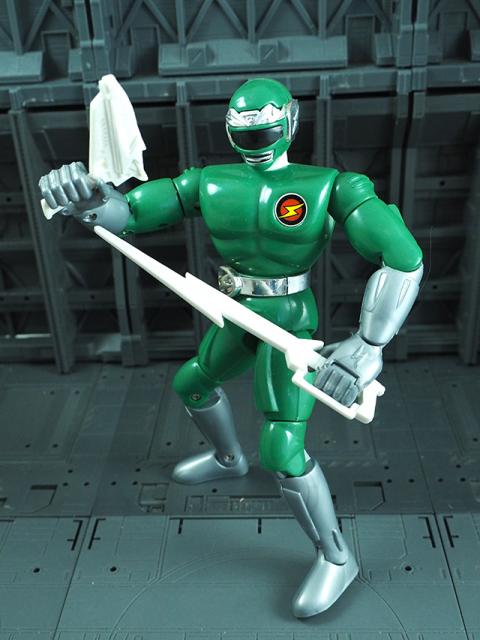 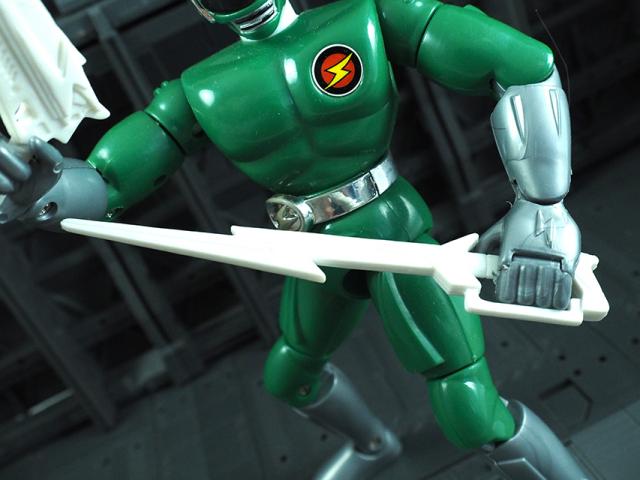 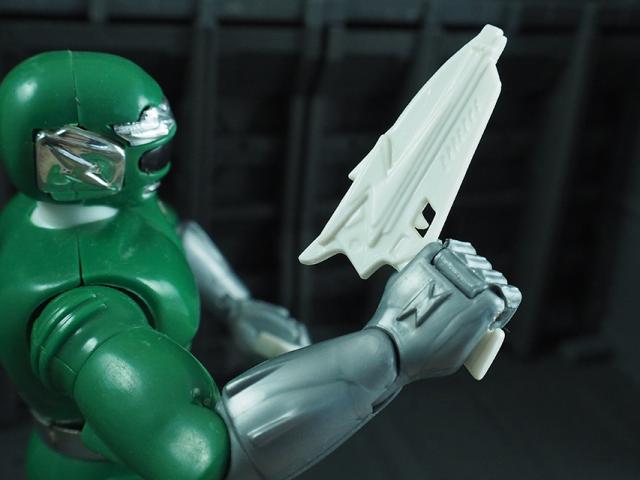 Each of the six have the exact same mold, and the same weapons. The only thing different is the color. 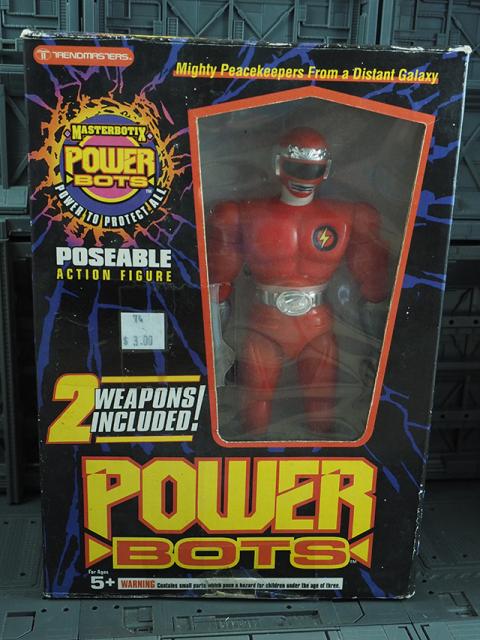 There were also chrome colored versions released as well. Cheap and forgettable, but an interesting aside in Power Ranger toy history.