This Grandizer bootleg was made by the Korean company "Boy Toy". It originaly sold for RRP of 3,000KW = approx $2.20 at the time. 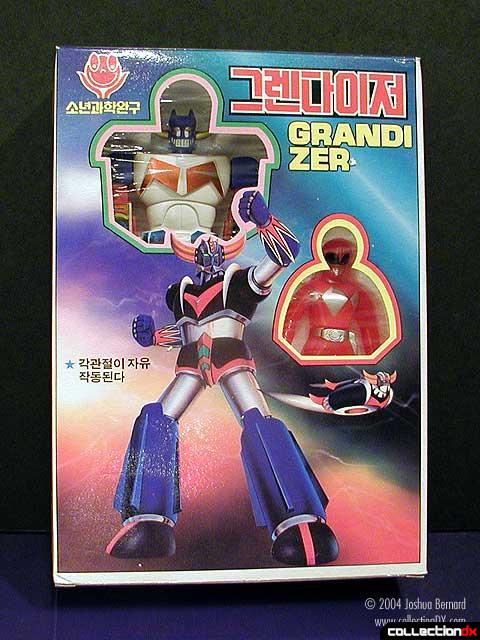 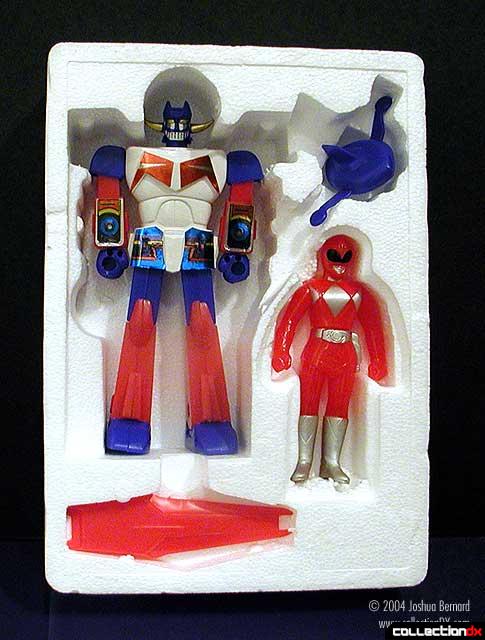 The head and chest appear to be modeled after another Go Nagai creation called Govarian, with the addition of side horns that resemble Grandizer. Also included a small spacer that attaches to the back. The spacer is really the only thing that links this toy to Grandizer. 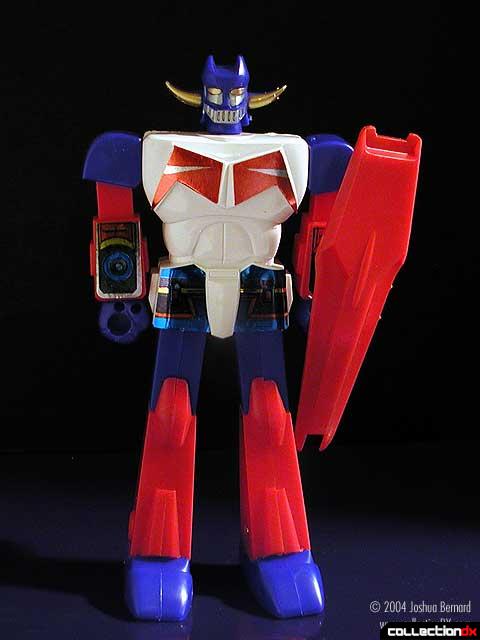 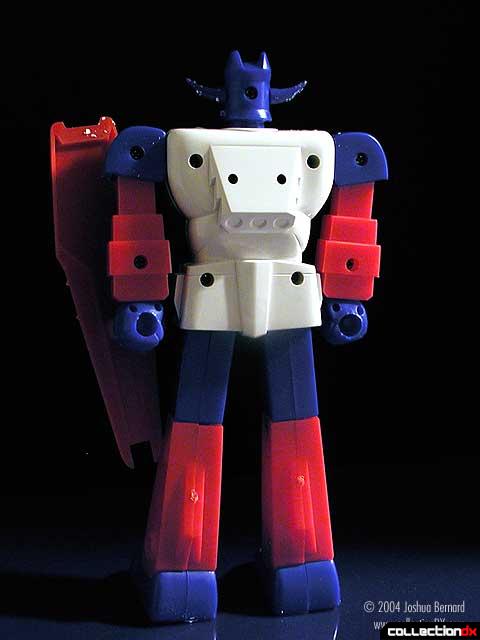 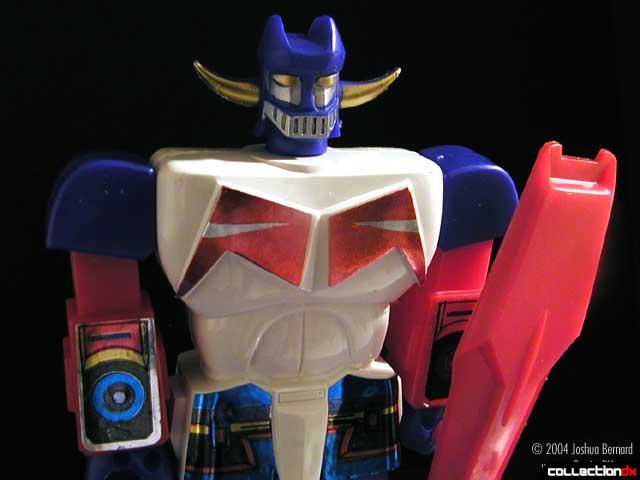 As if you weren't confused enough, the company decided to add a bootleg Petra Ranger (From Zyuranger, a.k.a. Mighty Morphin' Power Rangers) figure, molded in pink instead of red, in for added play value. The manufacturer also unloaded another older Korean robot character in place of the Power Ranger for some reason, so sometimes you see them with a dancing robot character when they appear for sale. They just wedged the dancing robot figure in the place where the Power Ranger should be, breaking the styrofoam in the process and sometimes breaking the transparent window also. 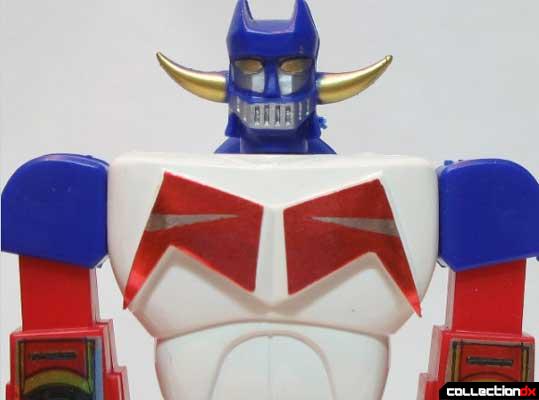 There is also another version released by the manufacturer with a black torso.