Goo Fish was a monster that appeared in Mighty Morphin Powers Rangers season 1 episode 43: "Something Fishy." The Goo Fish is (obviously) a sea monster, but to me he looks different than any other sea monster on the show (besides Oysterizer). If you look at any of the sea monsters from the first two seasons of the show you can tell right off the bat what they were based on (crayfish, hammerhead shark, piranha, jellyfish, octopus, sea worm etc) but not Goo Fish. He looks like mutant fish fused together and mutated even further. There are all kinds of fish bits and pieces sticking out of him so there's no telling what type he's based on. 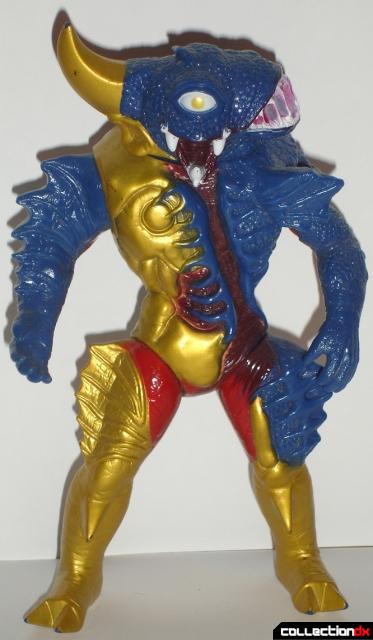 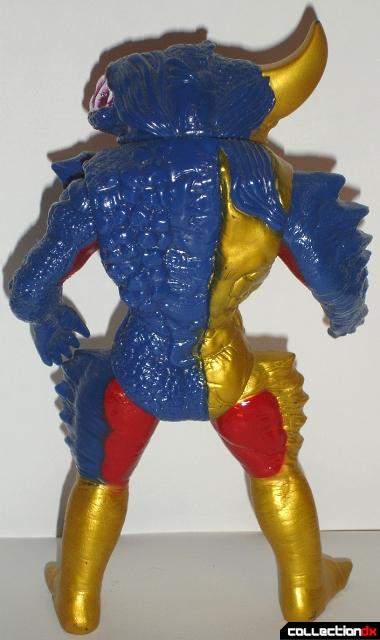 Goo Fish is part of the 8 inch assortment of evil space aliens. He has five points of articulation (head, arms, and legs) the same as almost every other figure in the 8 inch line. I had mine since I was 5 and other than some paint wear, he holds up quite nicely. His entire body has sculpted detail over it and I think his two-toned color scheme really does make it look like two monsters horribly fused together.

Half of his body is blue and the other half is gold. 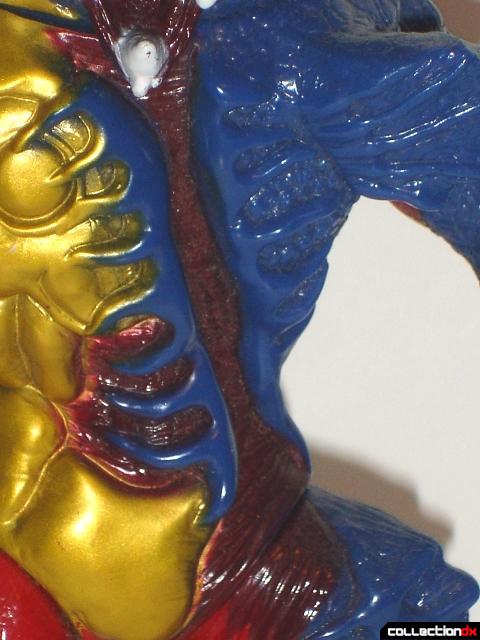 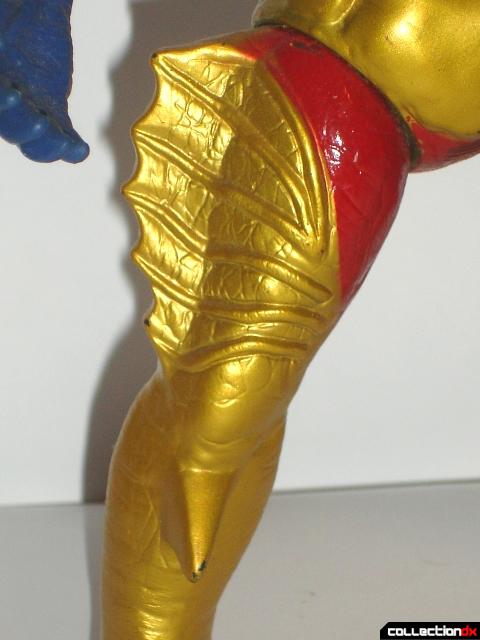 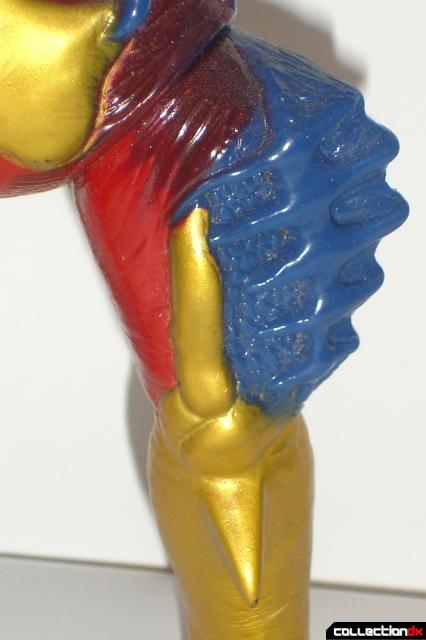 With some red and burgundy accents around the inner thighs and running up the torso. 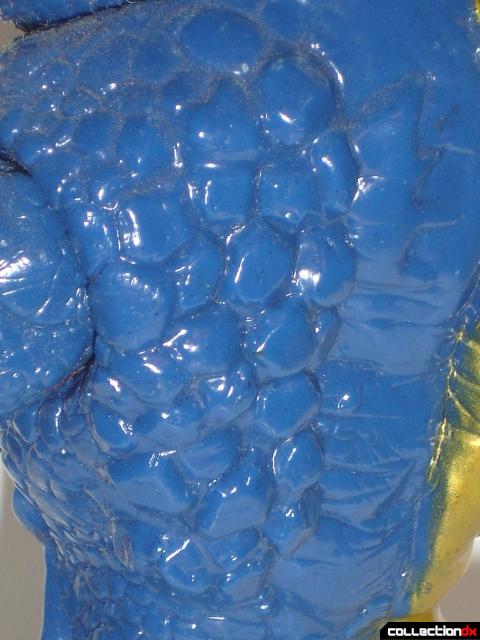 He has lumpy scales molded onto his upper back left side. 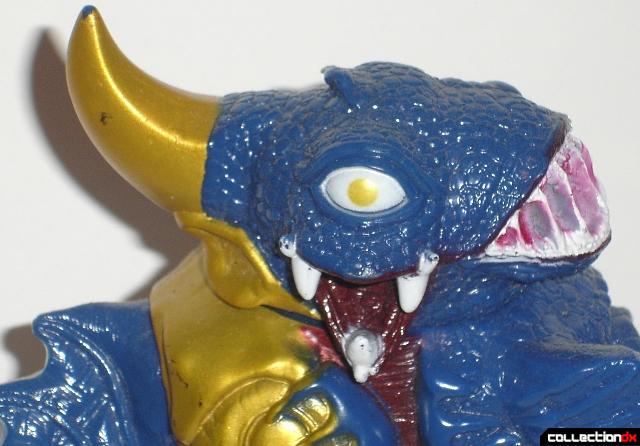 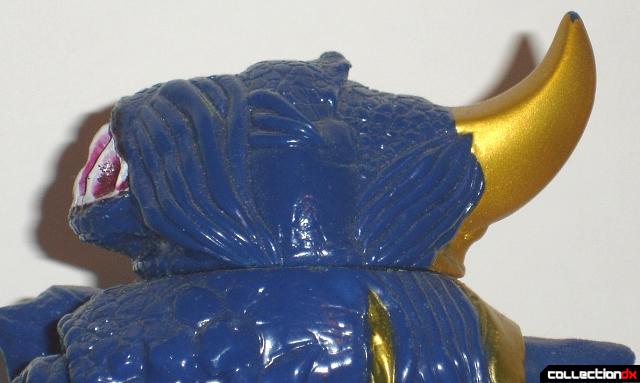 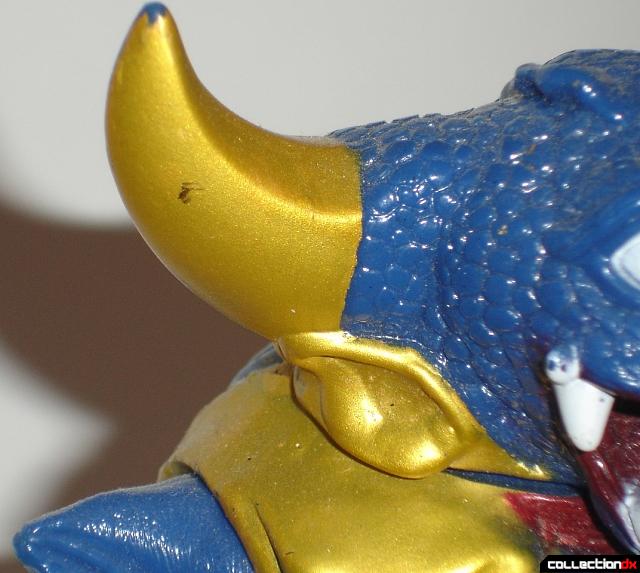 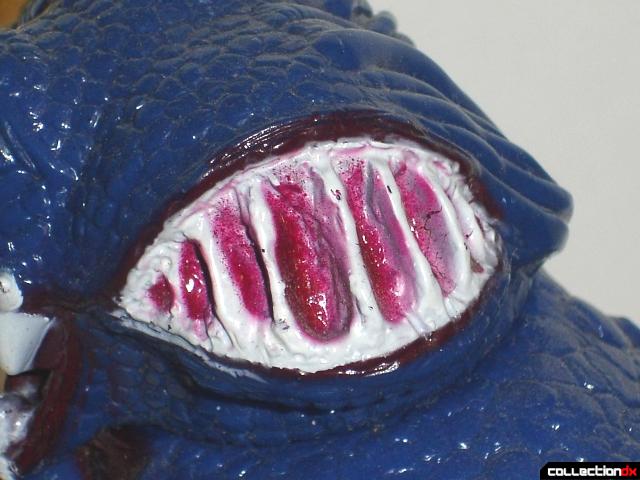 His head has an interesting asymmetrical design with a huge horn on the left side and a vicious looking mouth on the right side. 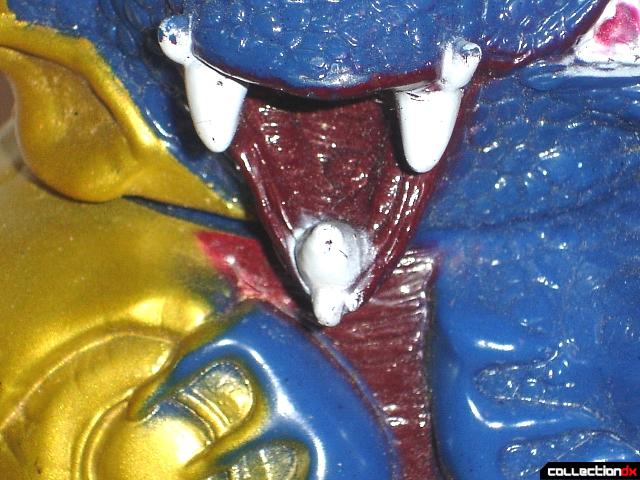 The mouth looks like a cross between a viper fish's and a baleen whale's. You may not be able to see it, but inside his mouth there is a small, round, lumpy shape molded in. In the show he shoots a toxic spray from his mouth so this might have something to do with that. 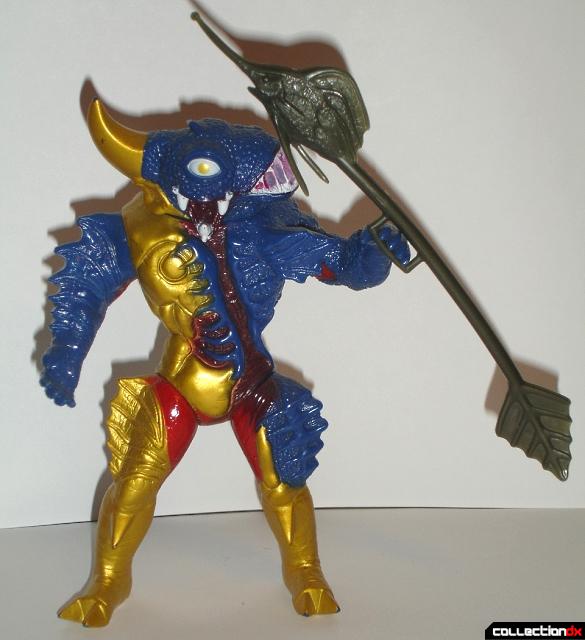 The only accessory he comes with is his staff, which is molded to look like a swordfish. 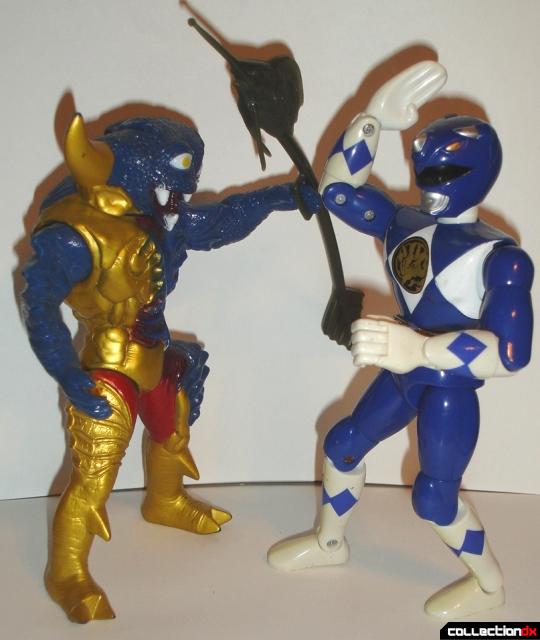 If you're into things like mutants or monsters, I recommend this figure as well as all of the others in the 8 inch line. If you're a Power Rangers fan this is definitely a must have! Unfortunately after a while the line has stopped making 8 inch vinyl figures. Why, I don't know. There are also a lot of other monsters who I wish were made into action figures. I don't care whether it's the 8 inch scale or the non movable 2 inch scale. Maybe one day some nice third party company will step up to the plate.

2 comments posted
My cousin use to have all the

My cousin use to have all the PR monsters in this scale.

Lucky. Over the year I've collected 3 monsters (Goo Fish, Bones, and Goldar) and 3 Rangers (Red, Yellow, and Blue) Hopefully I can expand my collection a little bit.