This Godzilla was released by Trendmasters as part of its Godzilla Wars Line. 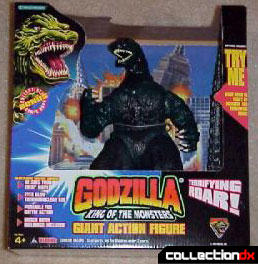 The toy featured a light and sound feature that is motion activated. Turn the switch on his back on, and then wave your hand in front of him. 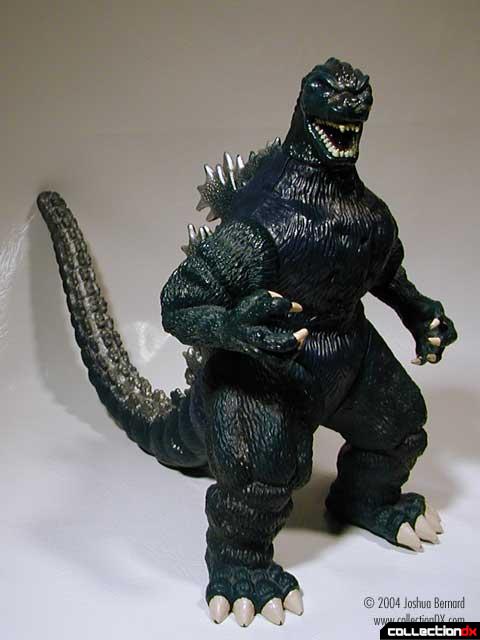 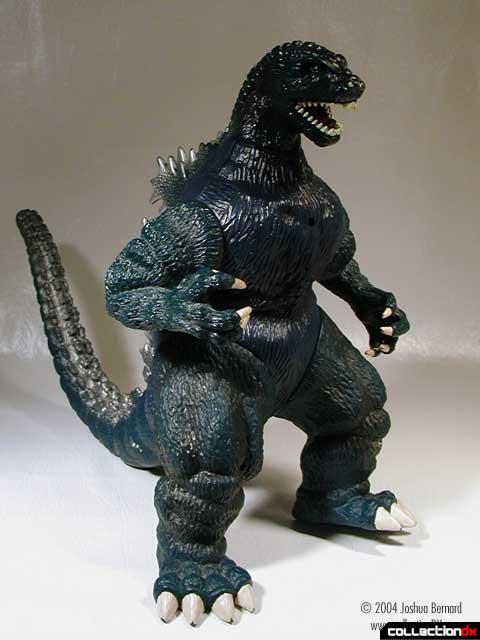 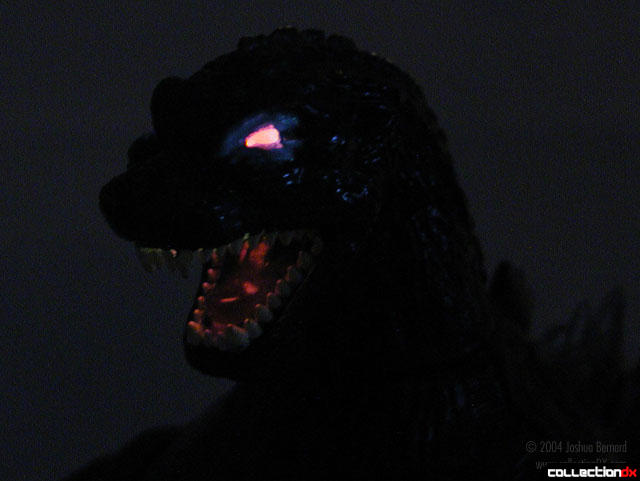 Godzilla is about 10 inches tall, made out of ABS and vinyl, and is articulated at the head, shoulders, legs and tail. 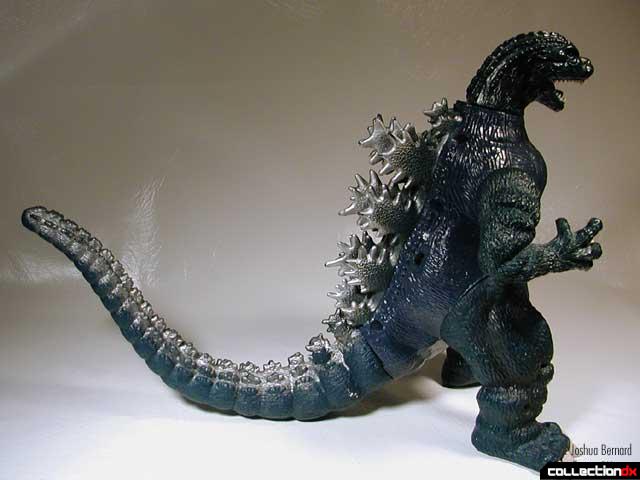 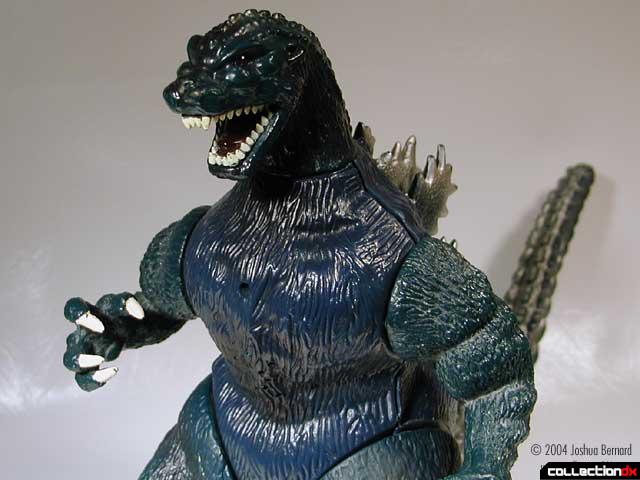 Not a bad likeness of Godzilla from an American toy company. It was released in both "King of the monsters" and "Godzilla Wars" packaging.