Thanks to EVA_Unit_4A for the background information on this toy.

The White Tigerzord comes from Series 2 of the Mighty Morphin Power Rangers, the domestic version of the Japanese Super Sentai show, Five Star Task Force Dairanger. The original show ran from 1993-1994, while the US version ran from 1994-1995. The original Japanese name for this toy is Won Tiger. 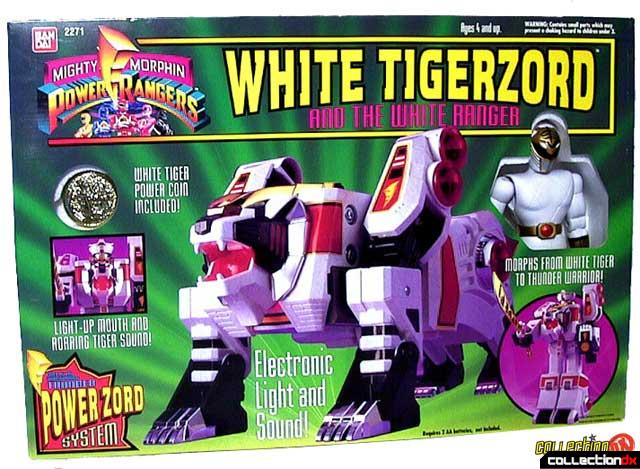 The toy came packaged with numerous accessories, including:

Early versions of this toy came with a shiny gold plastic sword, whereas later releases had a dull gold flexible sword. It is also interesting to note that due to the popularity of the show at this time, the Japanese release could be found in many smaller US stores, bearing a sticker in English. The demand was so great the stores were importing the Japanese version. 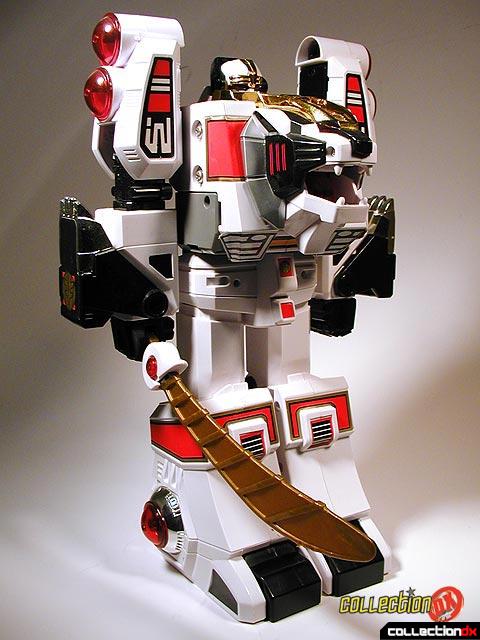 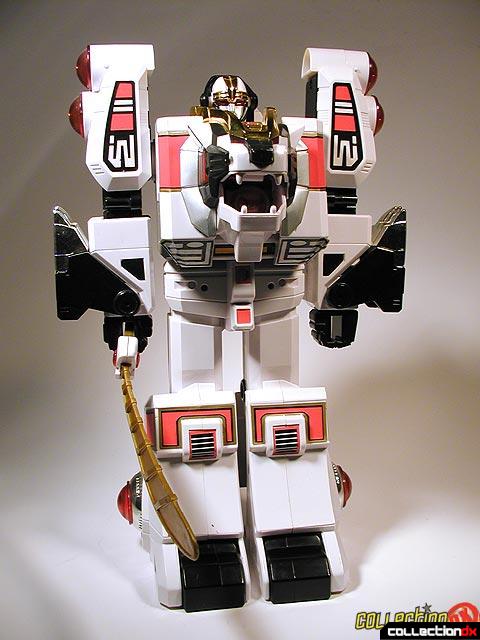 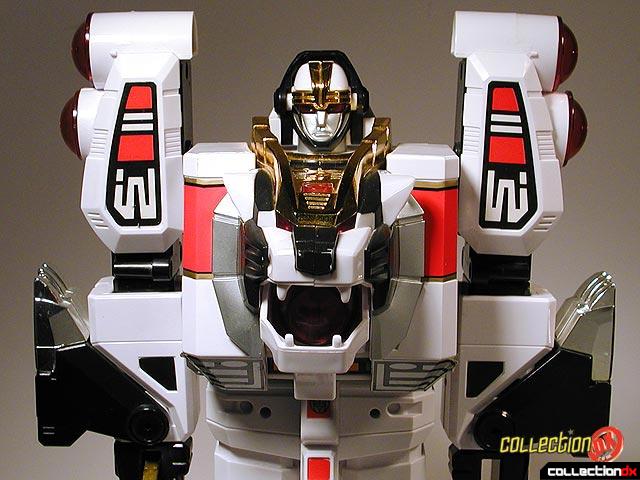 In Tiger mode, the White Tigerzord features an articulated jaw and moveable front and rear legs. The sword becomes the tail of the Tigerzord in this mode. 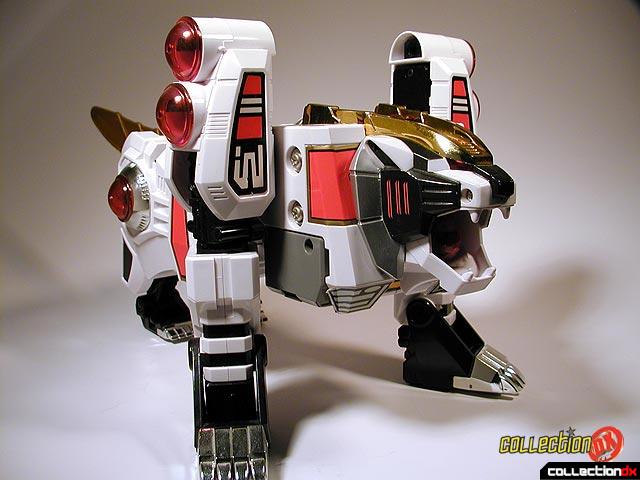 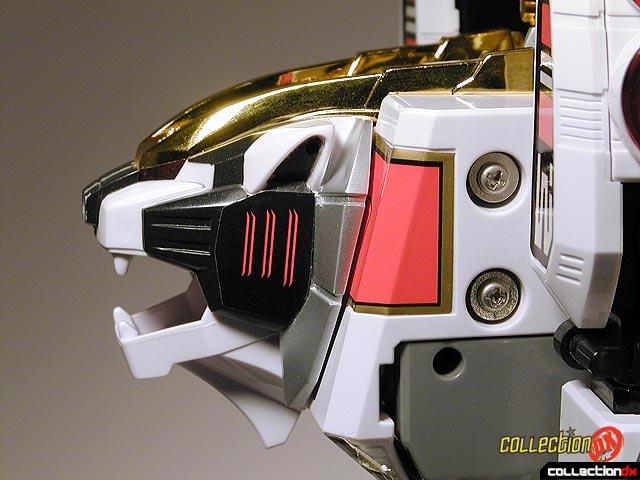 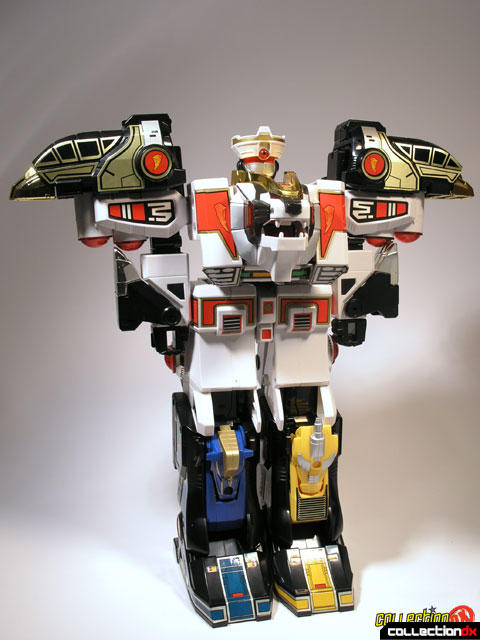 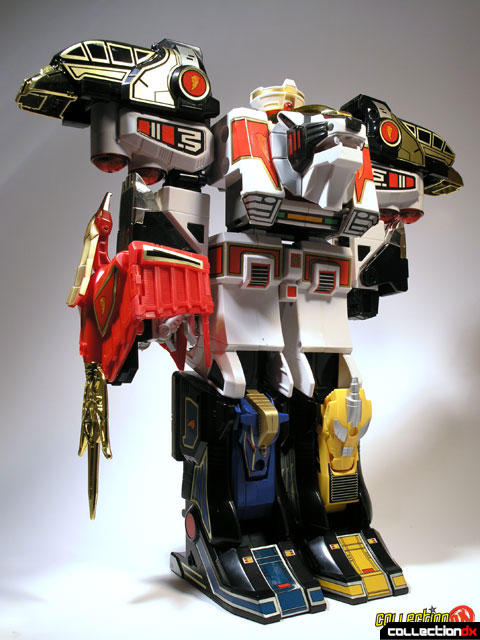 The amount of engineering and creativity that went into these toys is unbelievable. you can have literally hours of fun transforming and combining the various modes. It is no surprise that Mighty Morphin Power Rangers were THE toy to have in 94.

I was able to pick one of these up at an estate sale earlier today. It' was missing the sword and six of the orange domes, but that hasn't affected the toy's charm. The transfomation is clever but intuitive, it has a great design, it's big and bulky, and it has a real presence.

I might have to look into getting an in tact one, now.