Thanks to Eva_Unit_4A for the background information on this toy.

The Thunderzord Assault Team comes from Series 2 of the Mighty Morphin Power Rangers, the domestic version of the Japanese Super Sentai show, Five Star Task Force Dairanger. The original show ran from 1993-1994, while the US version ran from 1994-1995. The original Japanese toy was part of a boxed set called Dairenoh Five Star Combination DX. 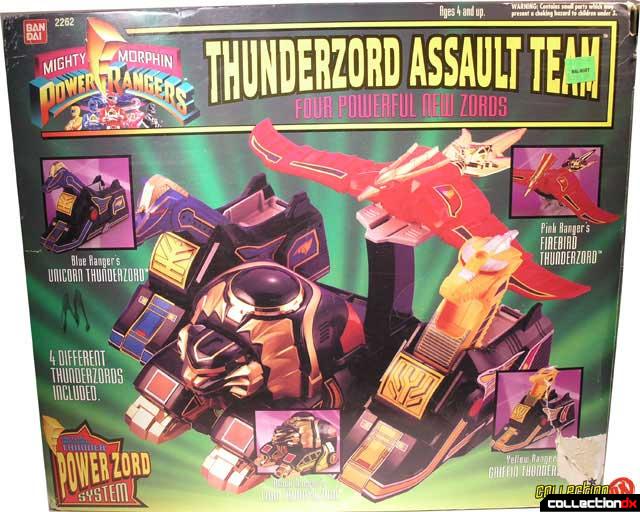 The toy came with the following accessories:

Early versions of this toy came with a shiny gold Firebird Thunderzord tail, later versions had a softer gold plastic version. Also worth noting is that the power crystals were a Bandai America addition, and were not included with the Japanese release.

Each Zord has a small area where one of the mini figures can stand. 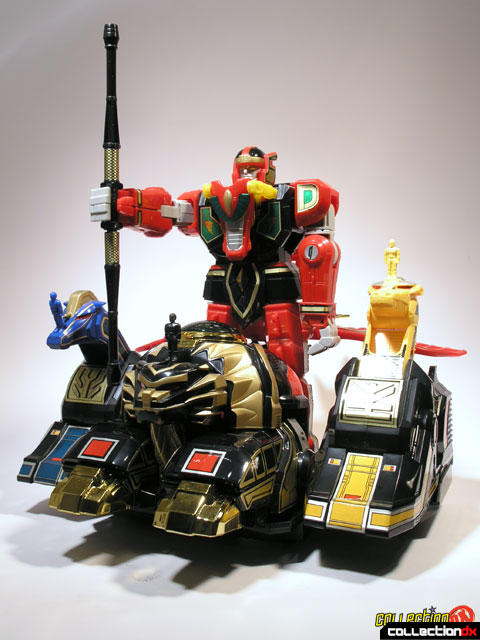 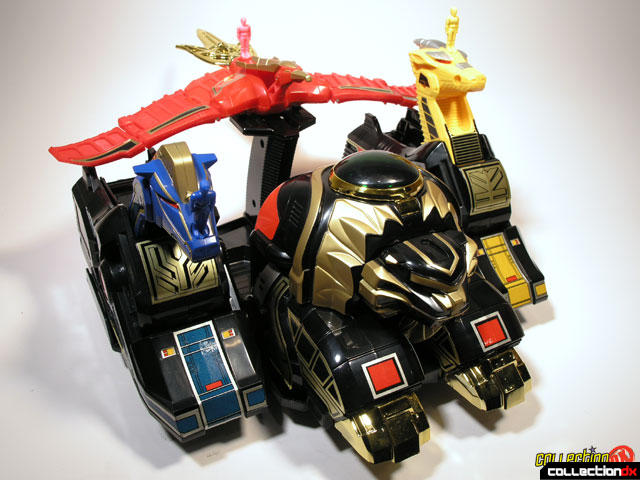 All the Zords attach to the base, which can roll on the ground via wheels on the bottom, or you can simulate flying by holding the handle on the back. There are 2 holes in the platform for the Red Dragonzord to stand on, but he does not clip in at all. Actually, none of the Zords, save for the Firebird Thunderzord, actually snap in or are secured to the base in any way, so take care when moving it. 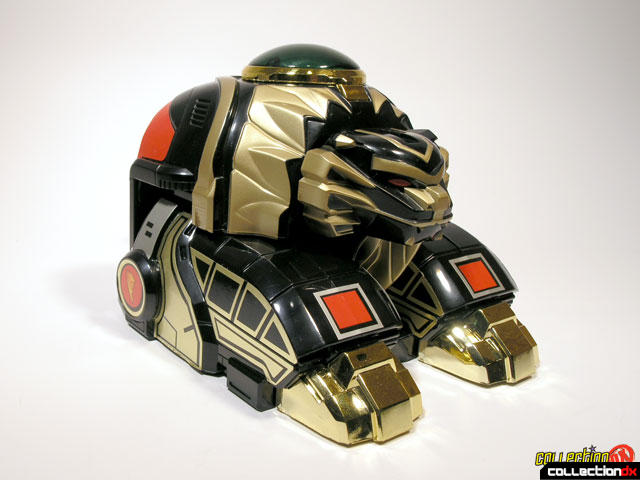 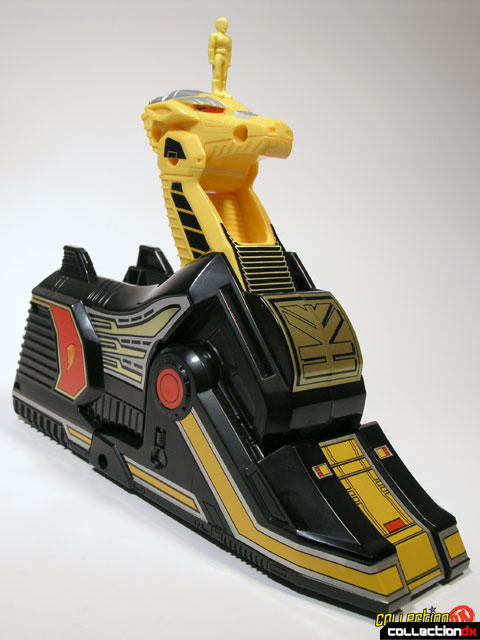 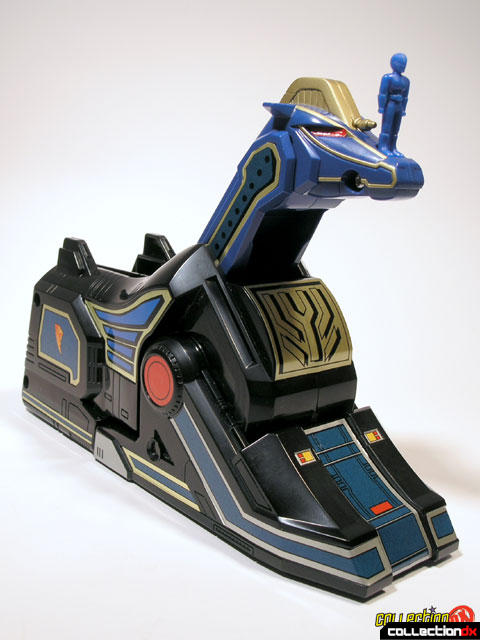 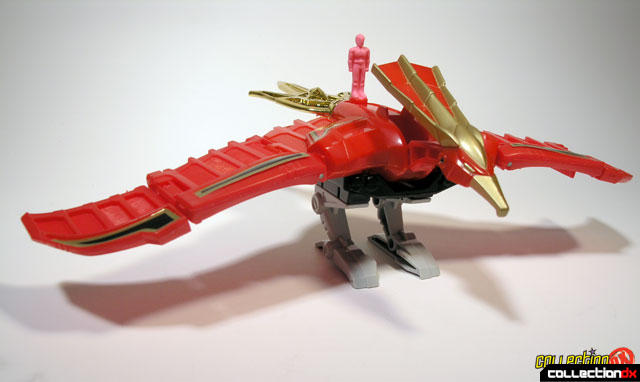 You can also combine the Thunderzord Assault Team with the White Tigerzord to form the Megatigerzord. wooden hot tubs for sale, camping pods and outdoor saunas www.balticspa.co.uk 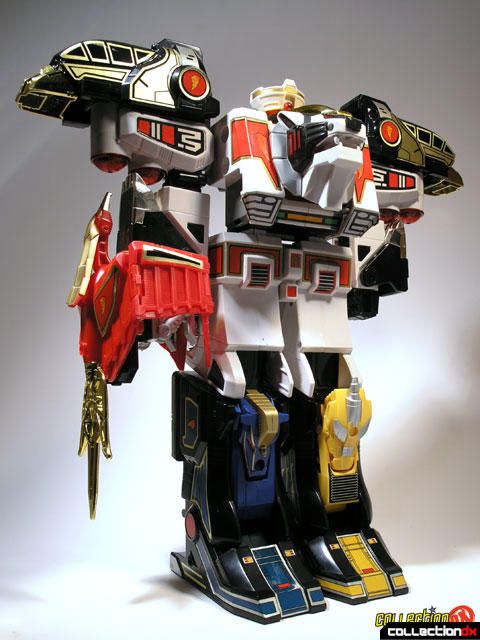 To add another layer of insanity to the mix, you can combine the Red Dragonzord, the Thunderzord Assault Team, the White Tigerzord and Tor the Shuttlezord to form the ultimate Zord, the Thunder Ultrazord. 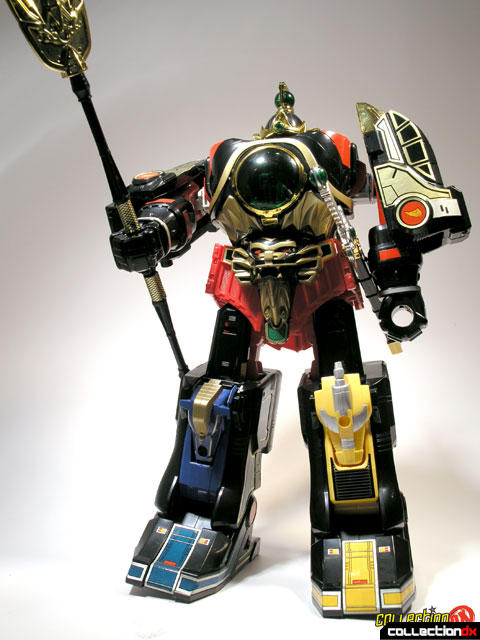 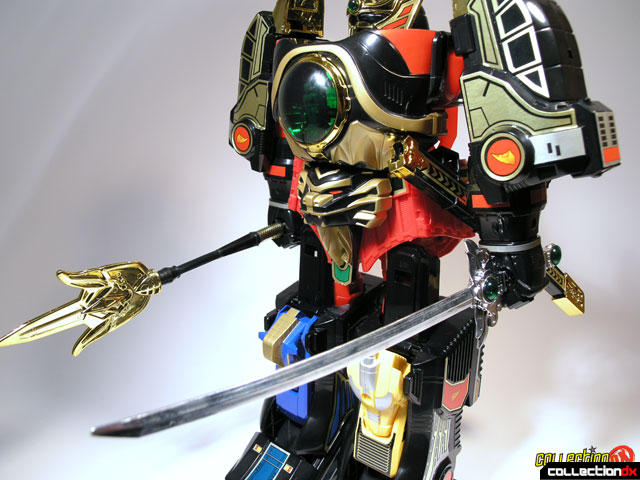 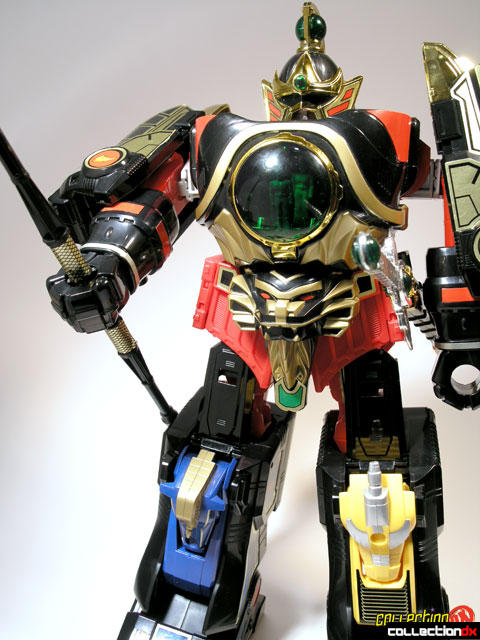 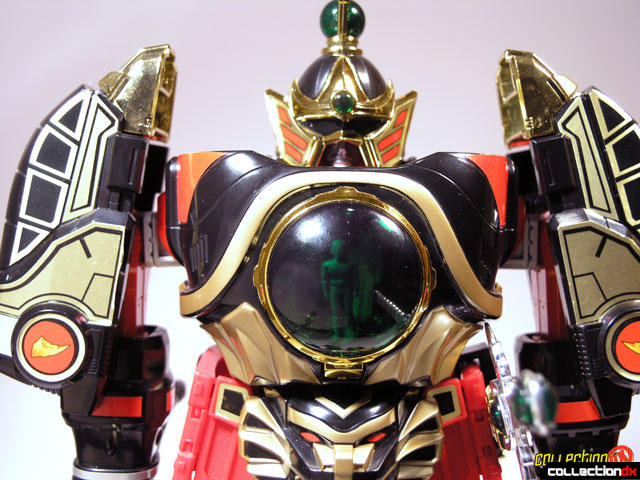 There are several differences between the US and Japanese version of this toy.

Note that the toy used on the box is a mix of the Japanese and US versions.

4 comments posted
Red dragon and assault team in one box

Both the red dragon thunderzord and the assault team were package in one box : the thunder megazord. But it was release just a few weeks before the beginning of the third season.

The Japanese release was similar to the US release selling Ryuseioh by itself and the Assault Team together as well as a box set of all 5.

I have a few observations, the first of which was made by Roanstalker: The Japanese release sold Ryuseioh and the Heavenly Qi Palace as both separate sets and the 5-piece set, same deal as the US RDT and Assault Team. It's similar to how in Zyranger, the Guardian Beasts were sold both as the DX Daizyujin and as three separate packages (Zyumammoth + Pteranodon, Triceratops + Saber Tiger, Tyrannosaurus). I believe the Dairanger line also had a DX KibaDaiOh boxed set.
Second, if all is in order the Unicorn and Griffin at least [i]should[/i] be able to stick on at least semi-securely. The Lion is still out of luck
Third, I think the combined mode of the four is supposed to represent Sun Wukong's cloud