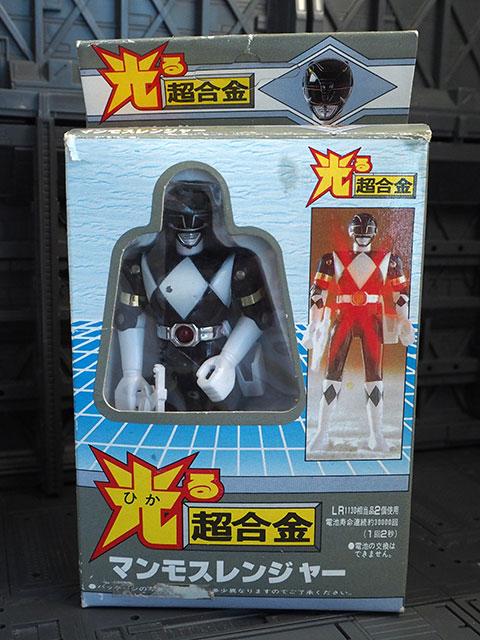 The box looks very official, with Japanese text and even the Chogokin logo. But you'll notice the lack of the official Bandai seal. 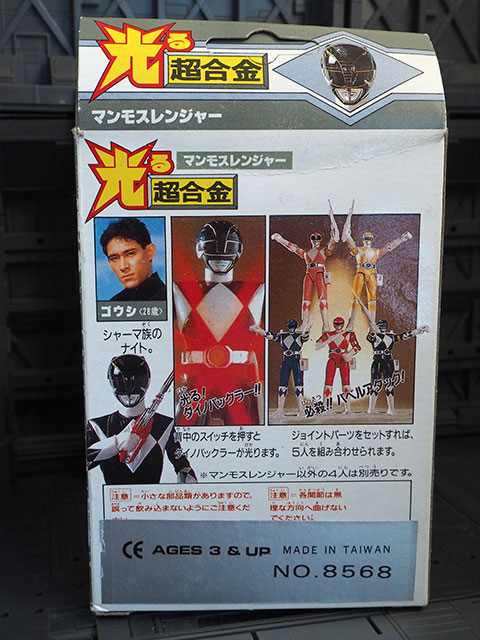 Then there's the giant MADE IN TAIWAN sticker. 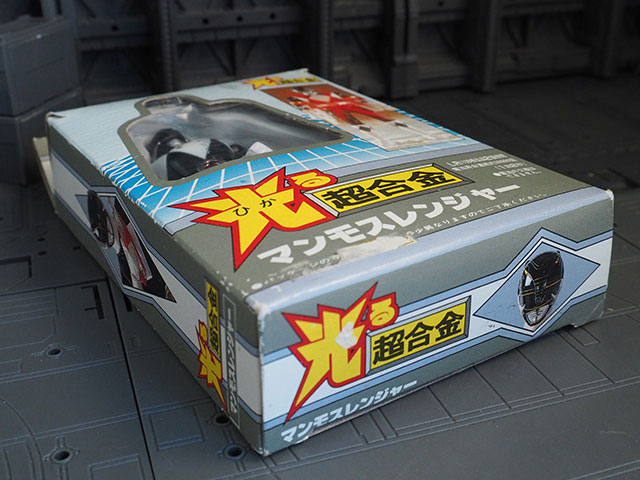 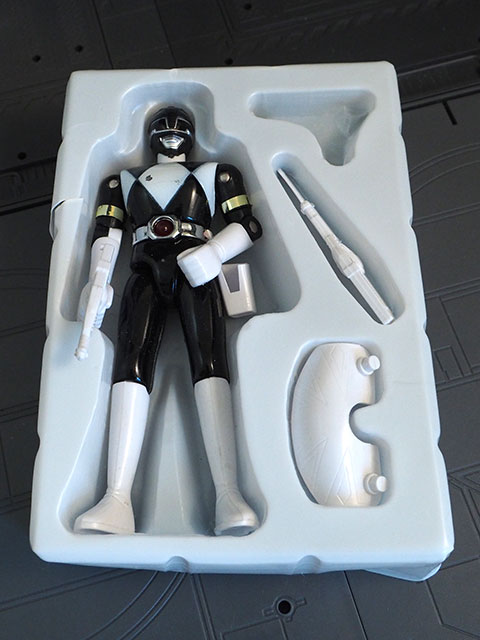 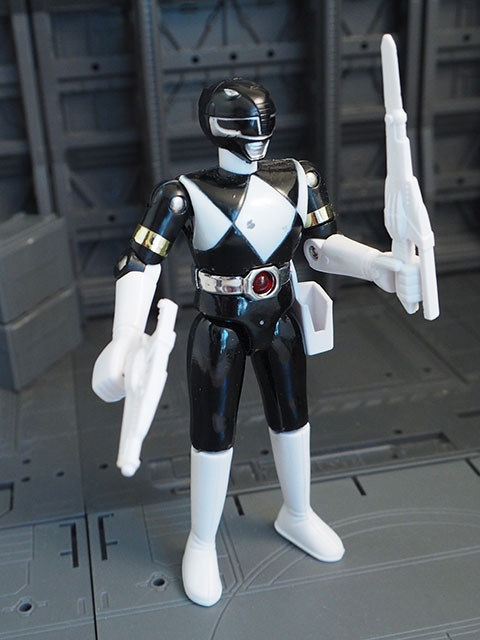 Despite it being a bootleg, it does not skimp on the diecast. The entire chest and upper legs are metal. 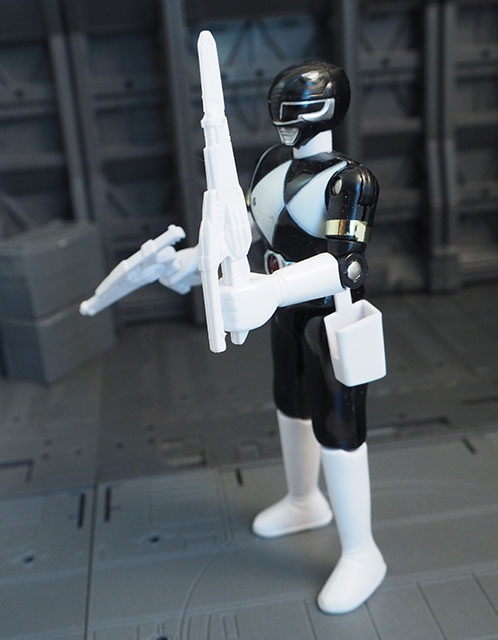 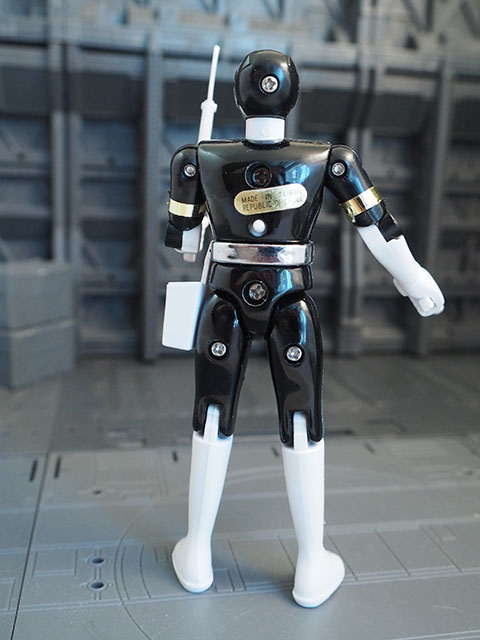 The main gimmick of the "shine" is basically a light-up belt light. Press the button on the back, and the belt lights up. At least it would if I bothered to but batteries in it. So who knows if it actually works. 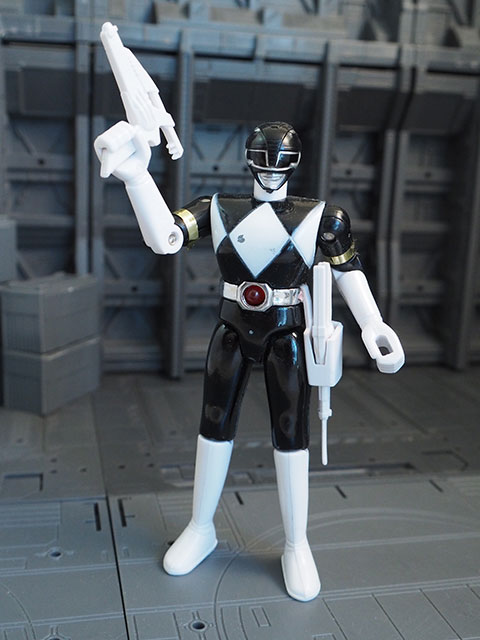 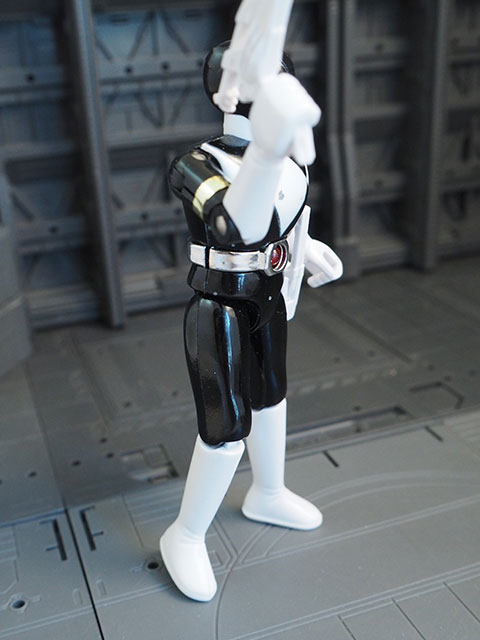 In the early 90s, flea markets were littered with knock off Power Rangers merchandise. The real figures were so hard to find on their initial release that knockoffs and forgeries were everywhere. I imagine this phenomenon was not limited to the US, and knockoffs like this spread through the asian markets. 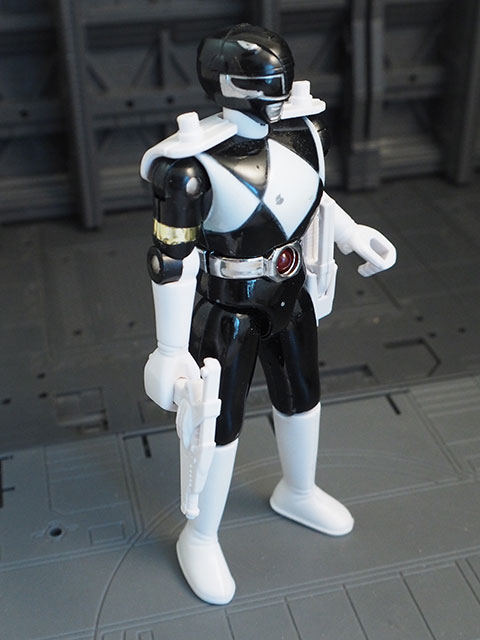 You can see here the armor that clips on the back, but no front armor is included. 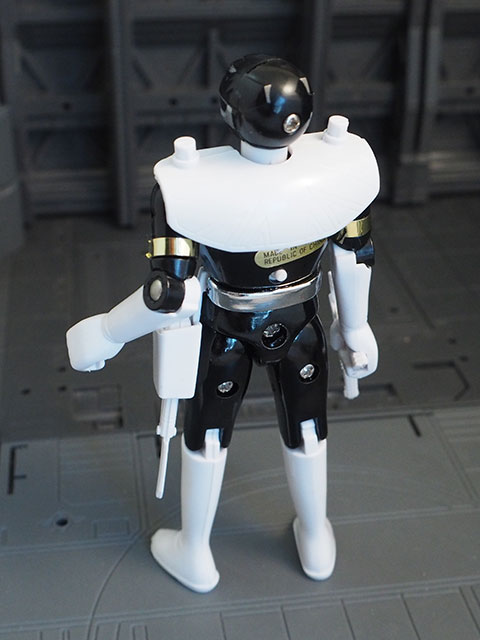 This may or may not have included the front armor, but it definitely came with something nice: The Blade Blaster/Rangerstick in sword mode, an accessory most figures of this team lack. Be nice if someone could clone that piece, and also adapt it to the 5" fliphead rangers.