In Mandrake stores in Japan, most of the toys are behind glass, and you need to get an employee to come get something out for you to look at, but there are also these bins on the floor in front of the cases, that look like the small baskets you get at the market when you don't have enough things for the carriage. Each is filled with random stuff at dirt cheap prices. I think people overlook these bins while drooling at the stuff in cases, but there is gold in them there bins! I always come away from Mandarake with a ton of stuff from these bins. They may be impulse buys, but you find the most interesting things.

Such is the case with this toy here. I had never seen it before, but I knew the series. I was struck as much by the packaging as I was by the toy itself. 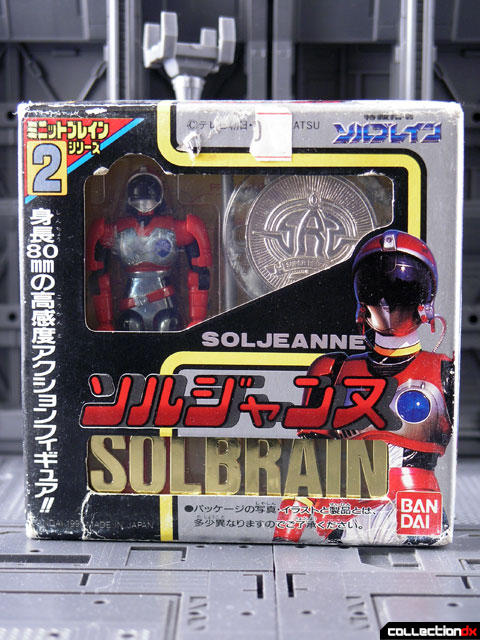 The character of SolJeanne comes from the 1991 tokusatsu show "Tokkyuu Shirei Solbrain" (Special Rescue Command Solbrain). It's part of the "Rescue Hero" series of shows, a subset of the "Metal Hero" series. The character SolJeanne is not the main character, but rather his partner. She wears a protective fire suit to fight alongside SolBraver.

I think I may love the package more than the toy itself. The outer package is sturdy cardboard with gorgeous art. A die-cut window shows the inner packaging. 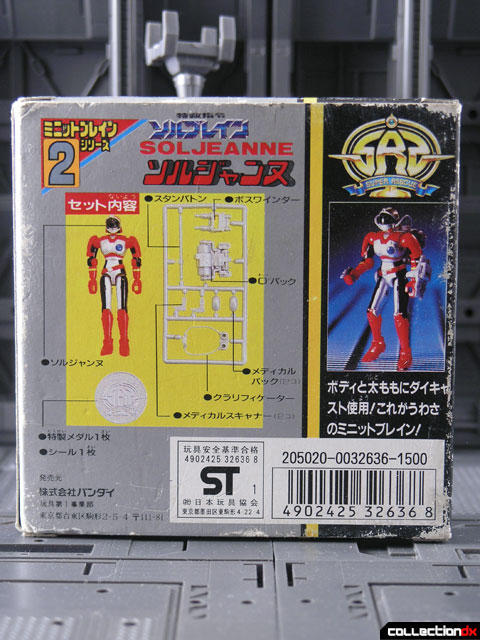 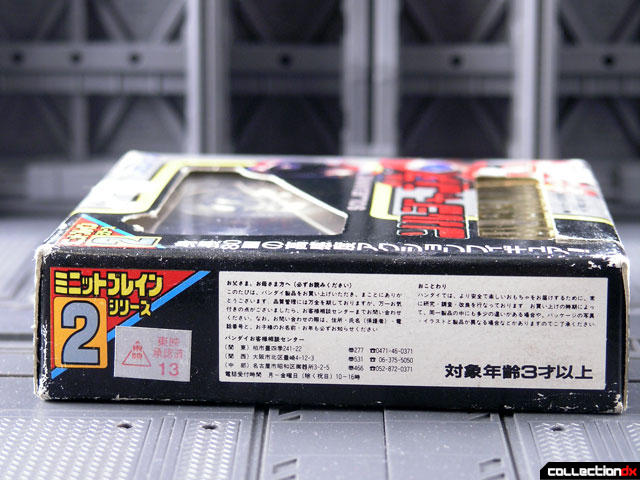 Inside the box is a clear, hard case, the kind that would maybe house a watch or piece of jewelry. The logo is embossed in raised golden letters. Inside, the figure and accessories are clearly visible. 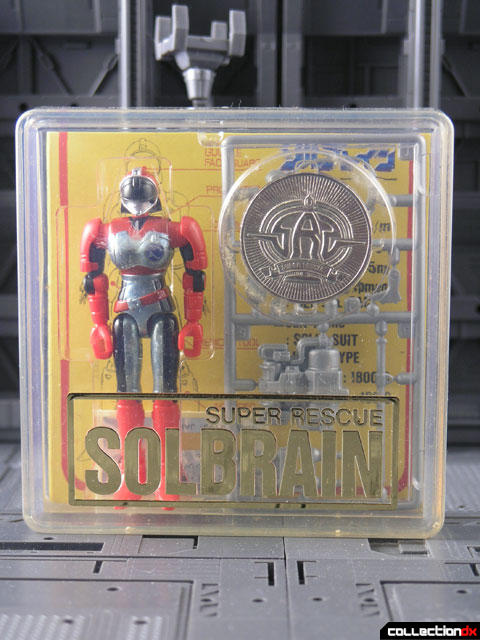 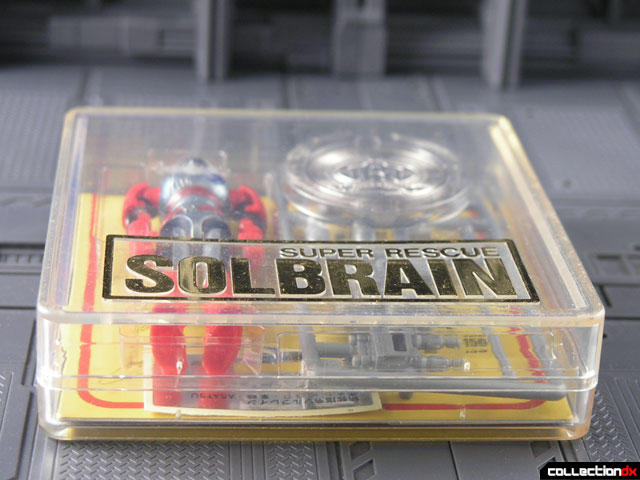 Remove the cover, and the figure and accessories rest in a clear plastic tray. 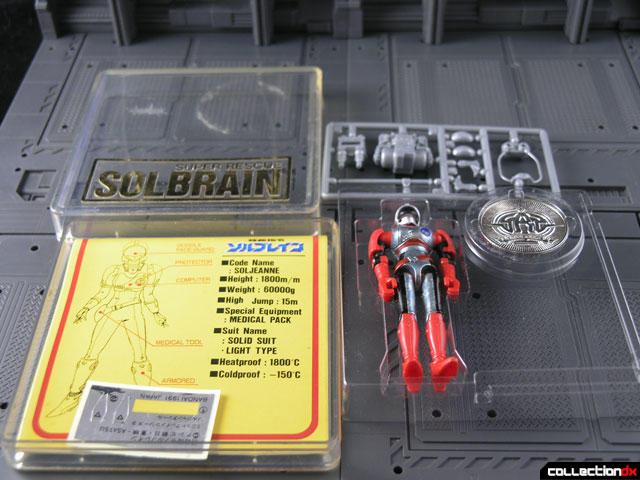 Beneath that is a thick, colorful file card, folded in half. The back features a nice photograph of all the toys in the line, the front showing the technical details of the character. Unfold the card to see the instructions for the figure. 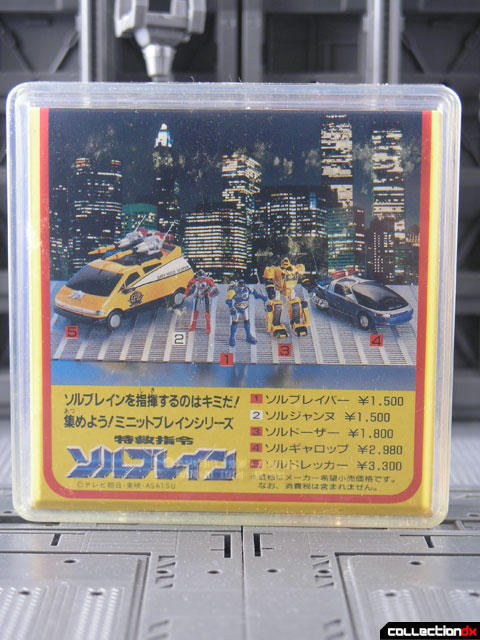 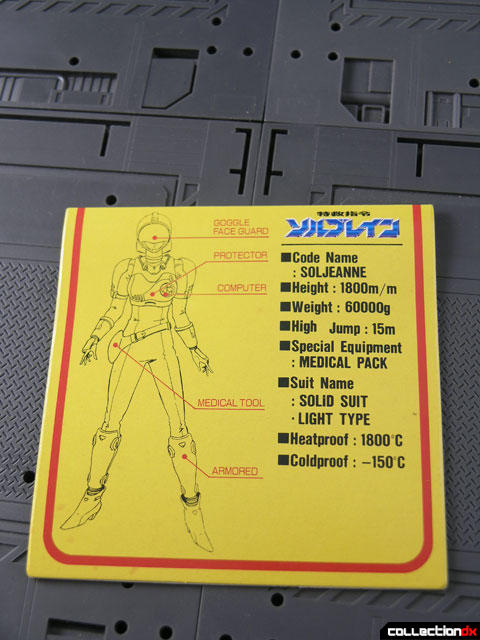 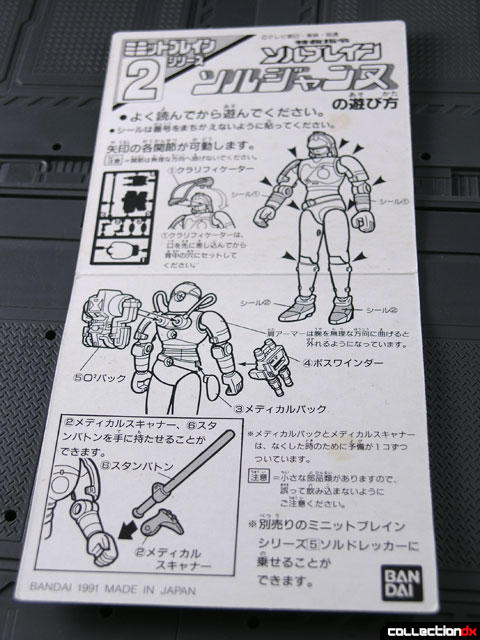 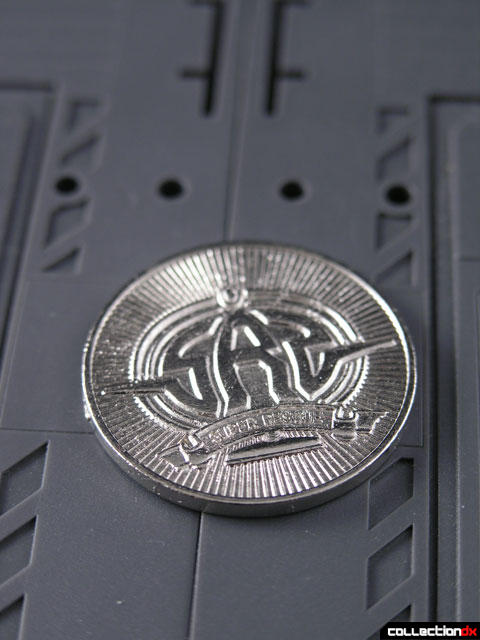 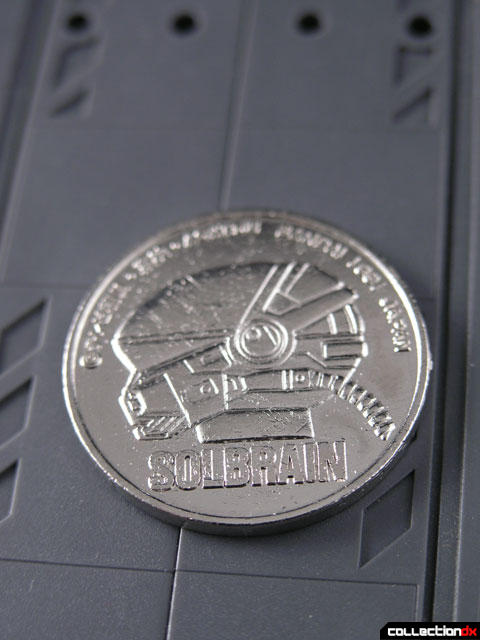 The figure is small, only a bit over three inches tall, but what it lacks in height it makes up for with weight. This figure is loaded with metal. The chest and upper legs are solid metal, with bare metal detail combined with painted accents. 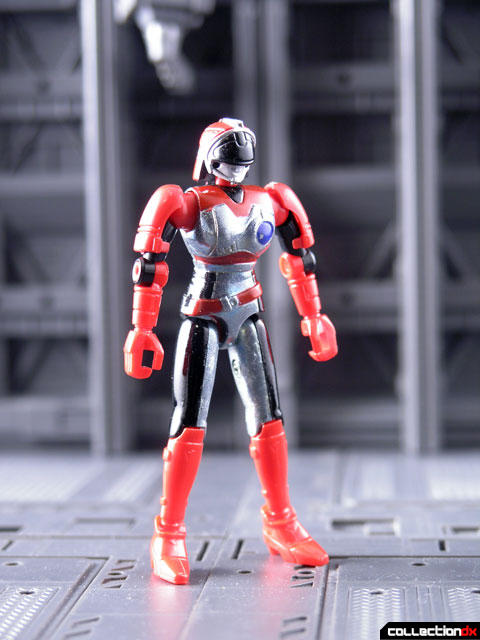 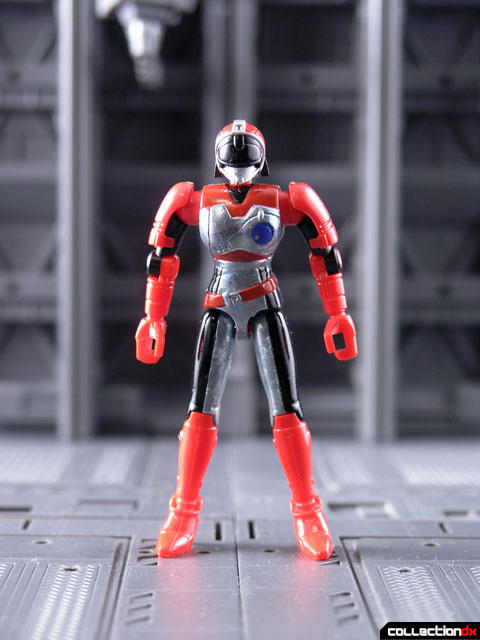 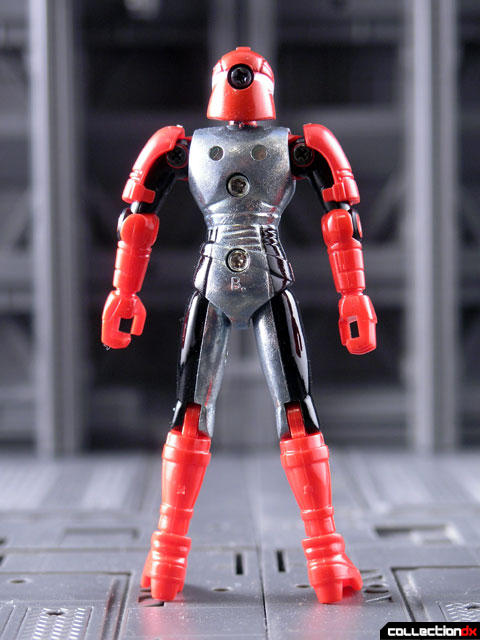 Articulation is pretty good, but due to the design you can't do much more than the basics. Still, it's fun to mess around with. 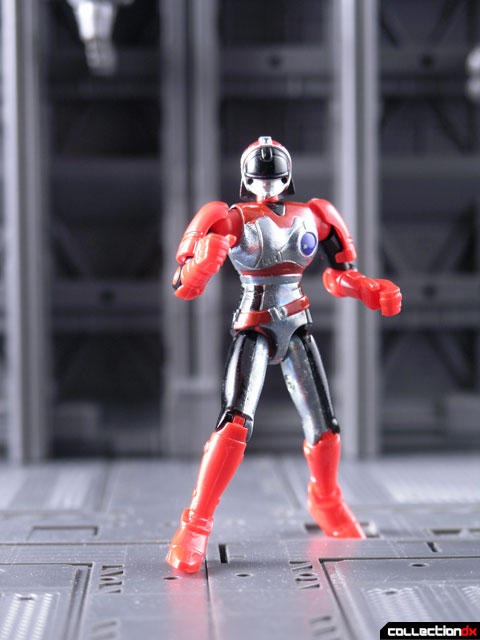 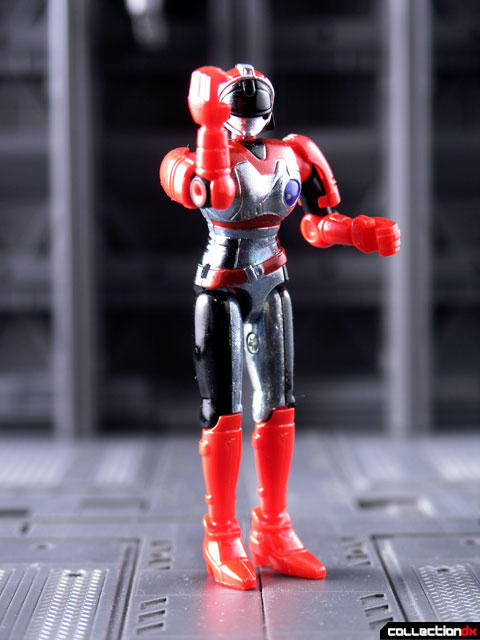 The figure has connection points on which you can attach optional armor, which you have to remove from the sprue. It's worth removing them, as the parts add a lot to the figure. 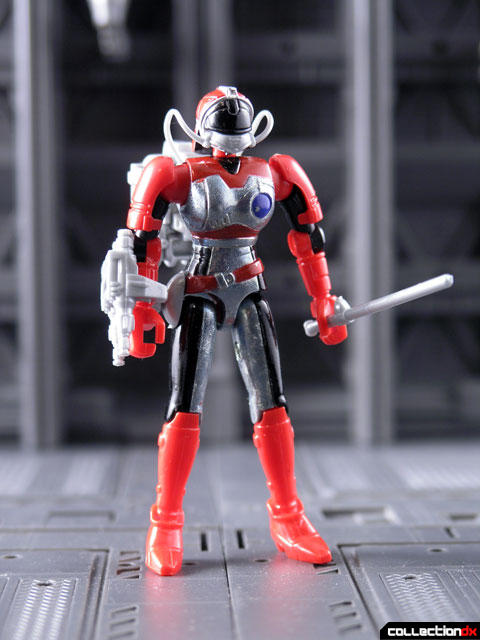 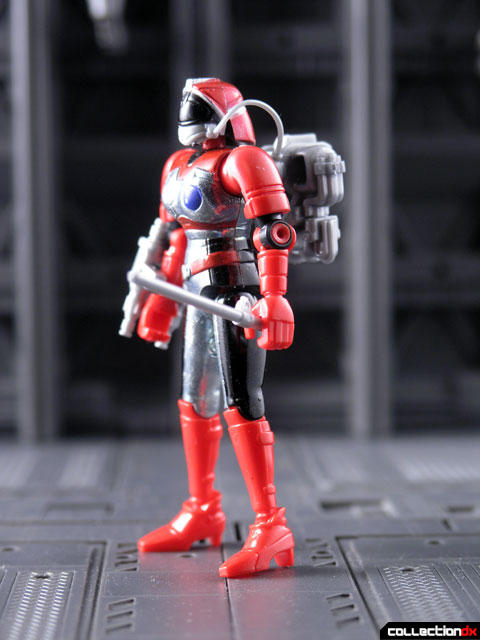 Included are several rescue accessories, such as a fire extinguisher and breathing apparatus. 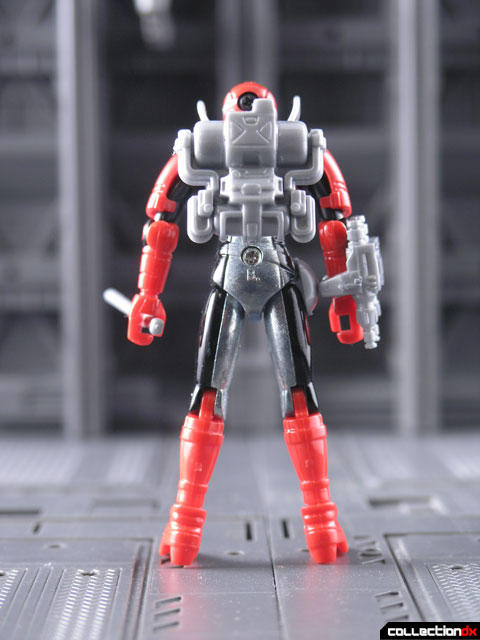 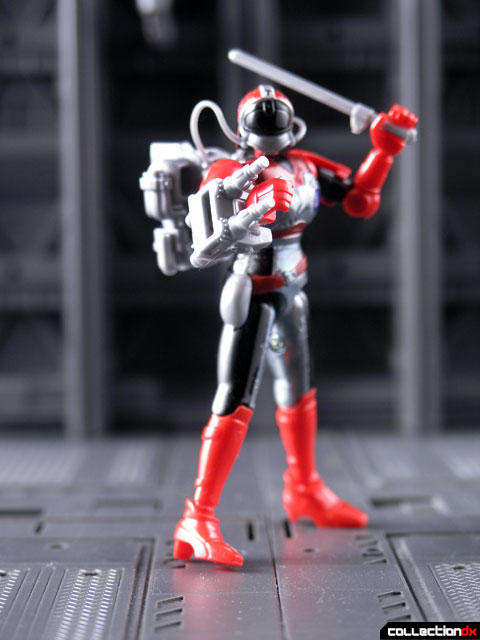 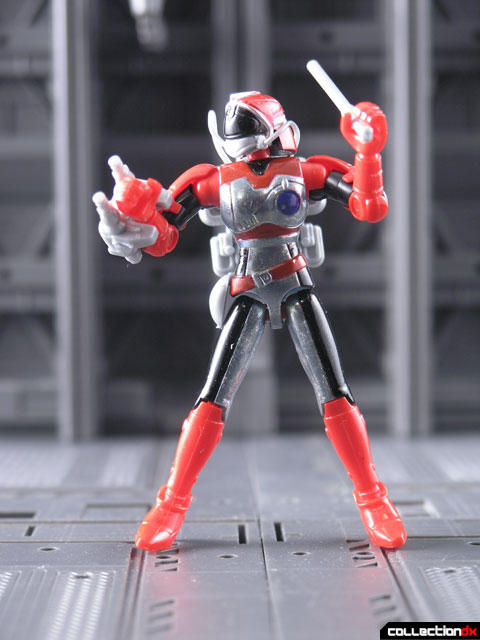 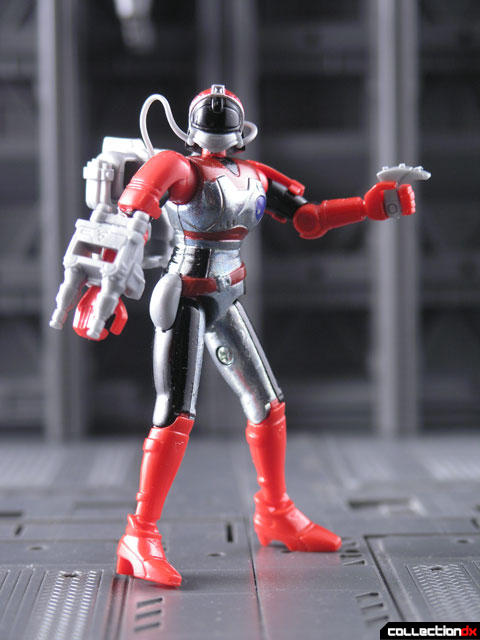 It's a cool little figure, but unknown to me until I stumbled upon it. The package shows 5 toys in the line with SolJeanne, and I may have to track down the others if they are all this cool. 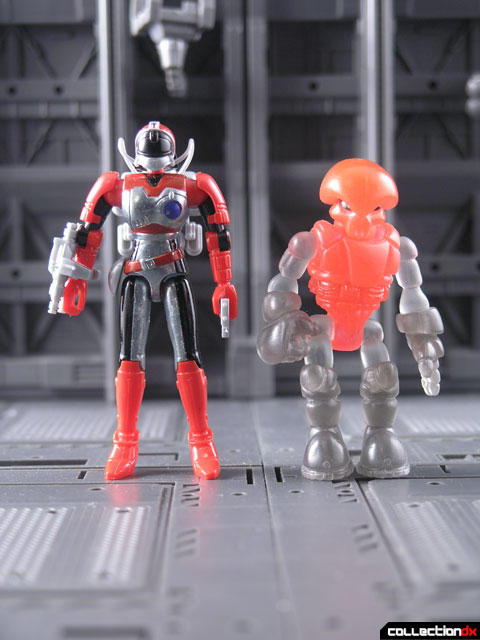 I think the show looks better than the toy AND the package. Burning Rangers, anyone?

Awesome little figure there. I also like the line art (the yellow one).

You know, I have some stuff like this buried somewhere here. I feel like digging it up now, I doubt its from the same show but the box is similar. The Solbrain name made me think of the Bad Brains who went under the name Soul Brains for a while.

I misread "die-cut window" as "die-cast window" and spent a minute trying to work that out.