Solgallop is the main ride of our hero - Solbraver! It's loosely based on an early 90s Toyota Sera, and it's how our hero gets to and from emergencies.

It's marked number 4 in the series, and while the box retains a similar branding, it's much larger than it's counterparts. It was also more expensive, at 2,980 yen. 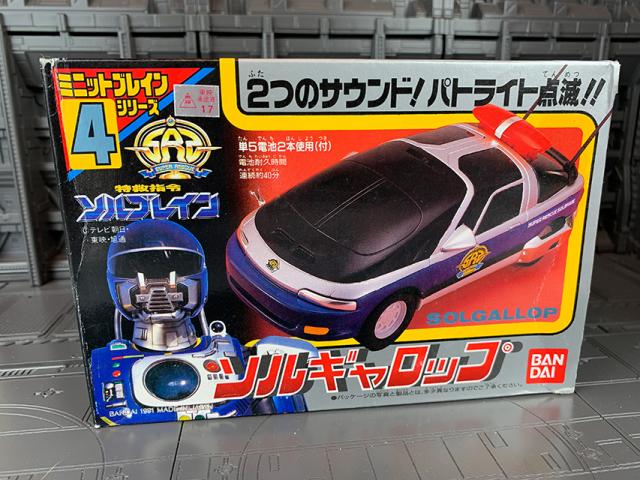 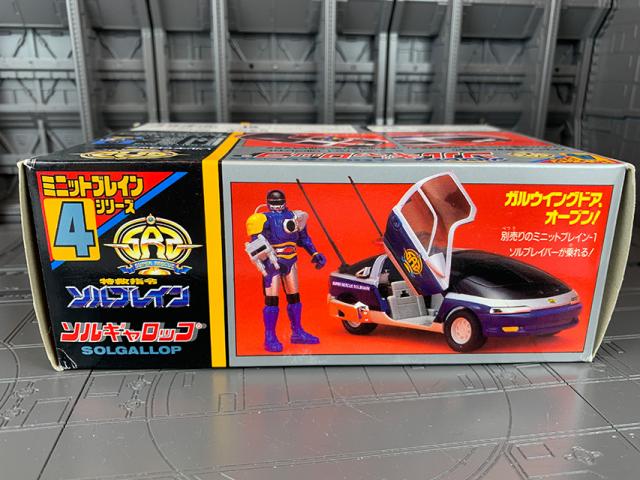 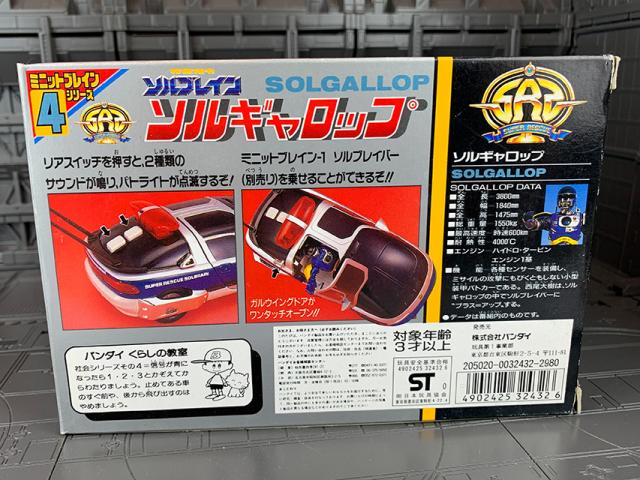 The car only has one accessory that needs to be attached - the antenna in back. There are a significant amount of stickers that need to be applied. Normally I don't do stickers on a vintage piece, but this one really benefits from them. 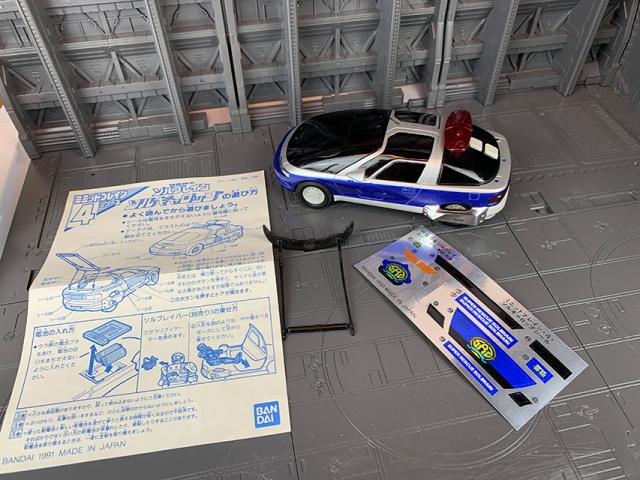 Also, the toy requires two "N" size batteries to use the light and sound effect.

The car is heavy, with the entire top half being a die-cast metal shell. The wheels are a firm rubber, and the whole thing rolls nicely. It feels really toy-like with a nice hefty metal feel. 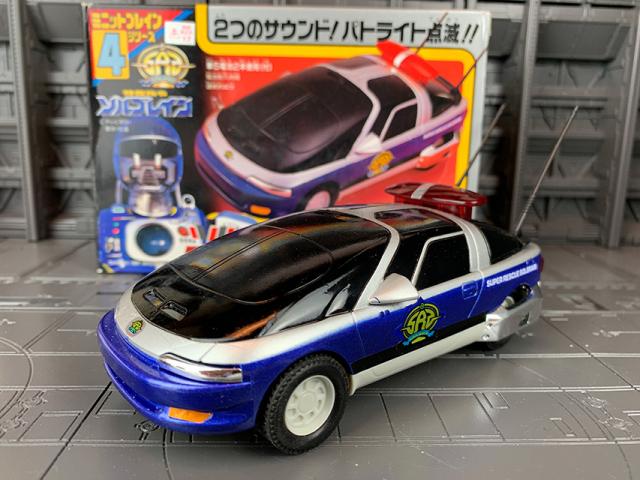 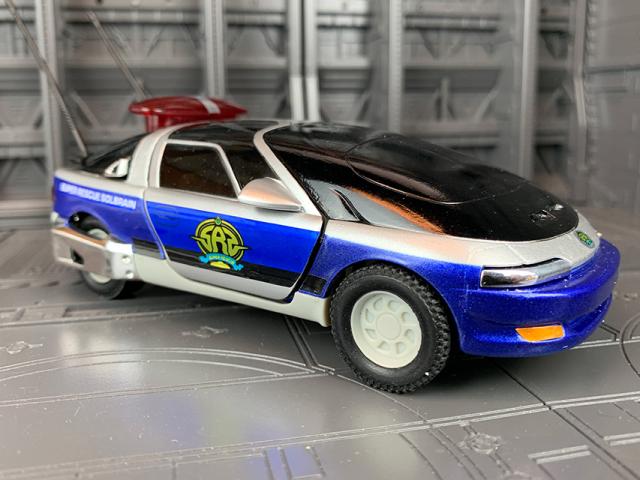 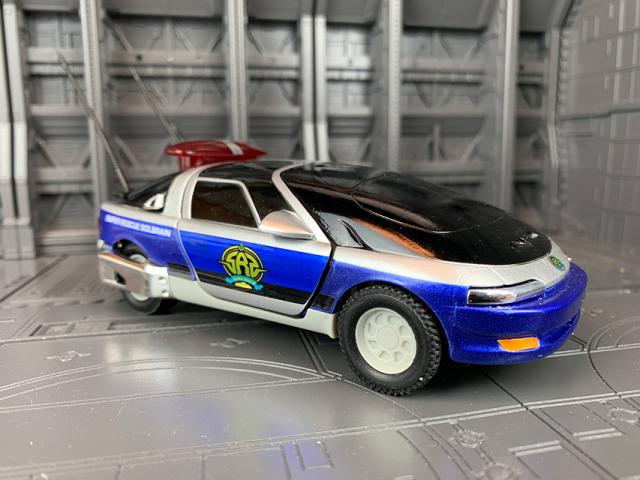 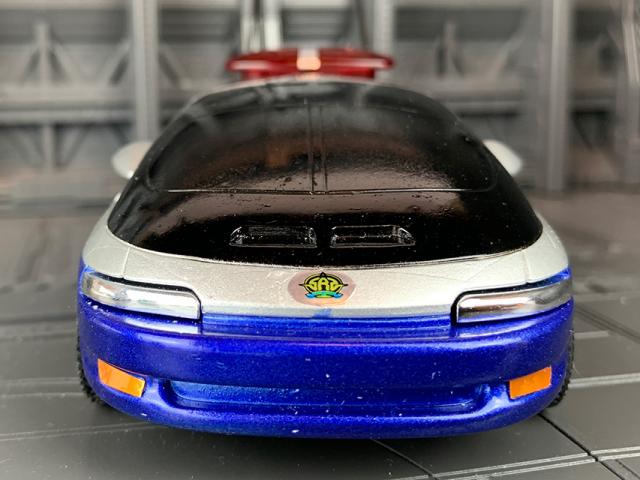 The paint is a bit thick in places, and the windows are not transparent - they are just part of the painted metal shell. 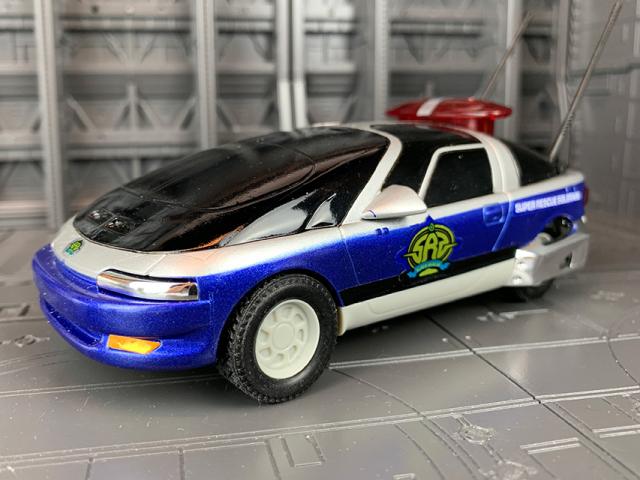 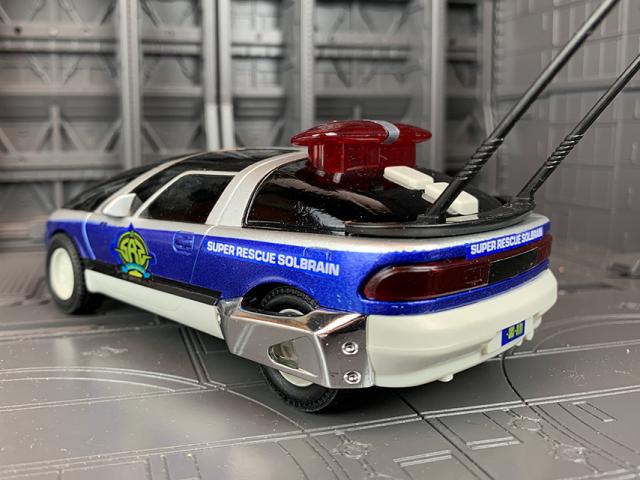 The buttons on the back activate the light and sound feature. Both start the lights, and each has a different siren that you've heard on cheap toys before. It's nothing remarkable (watch the video to hear them). 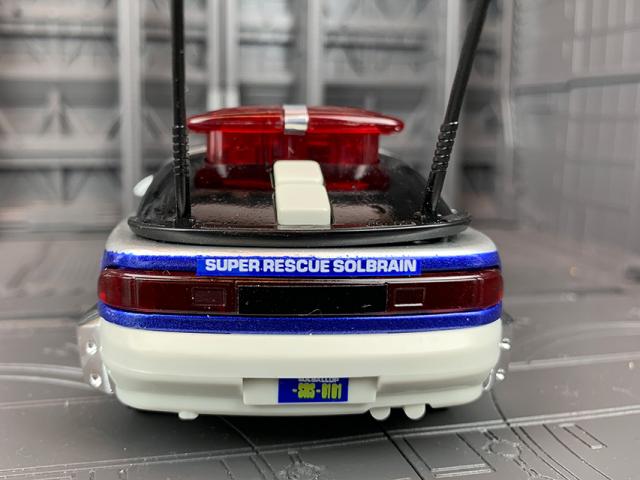 The door on the right side opens to reveal a sparse cockpit. It's spring loaded, and activated by the silver button to the left of it. 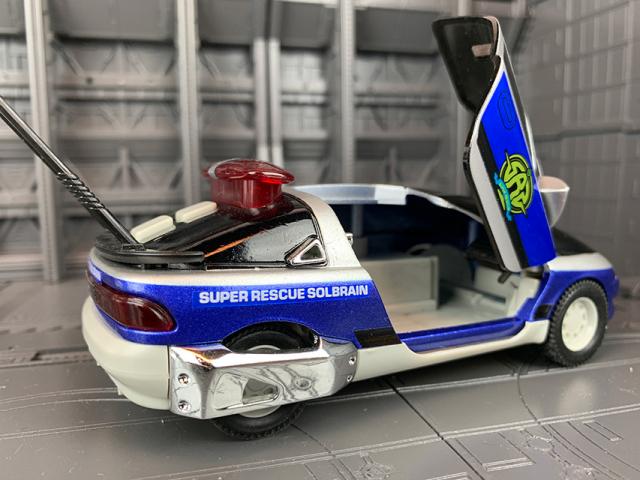 You can get Solbraver inside, but just barely. You have to take all of his armor off for him to fit. 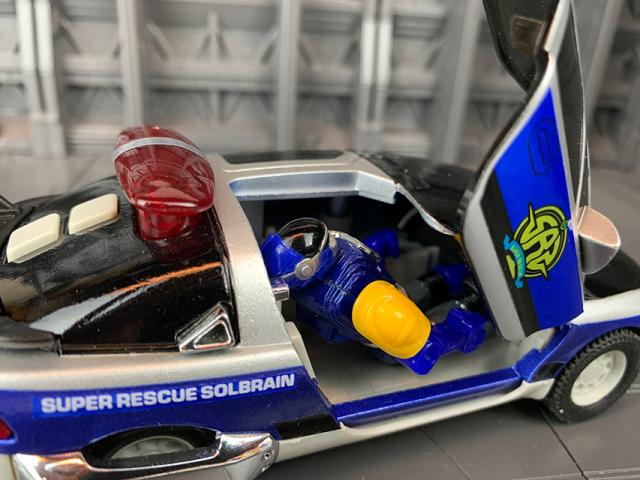 So that's about it for Solgallop. It's not super great, but it's cool enough.