Soldwrecker is the vehicle primarily driven by Soljeanne in Solbrain. It's used as a support vehicle that can also deploy Soldozer. Numbered 5 in the series, it's the biggest vehicle.. so far.

The box is beautiful as always... 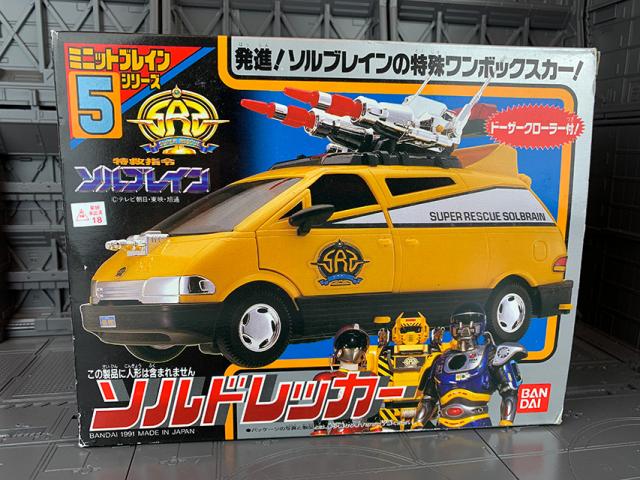 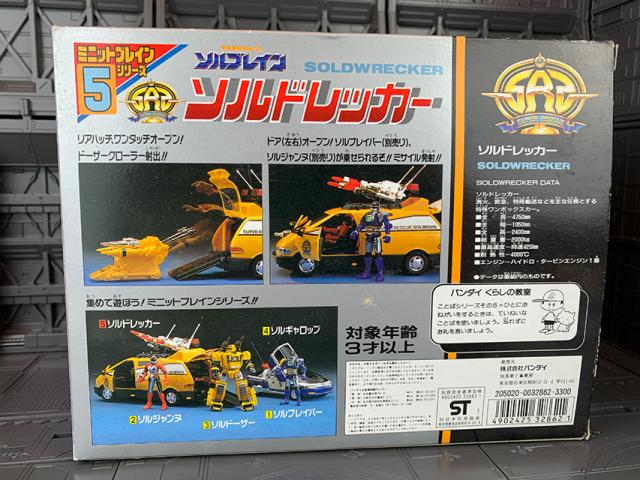 This one's the most involved toy so far. It needs significant sticker application on the vehicle, Soldozer and even the missiles! The launchers and side mirrors need to be attached as well. 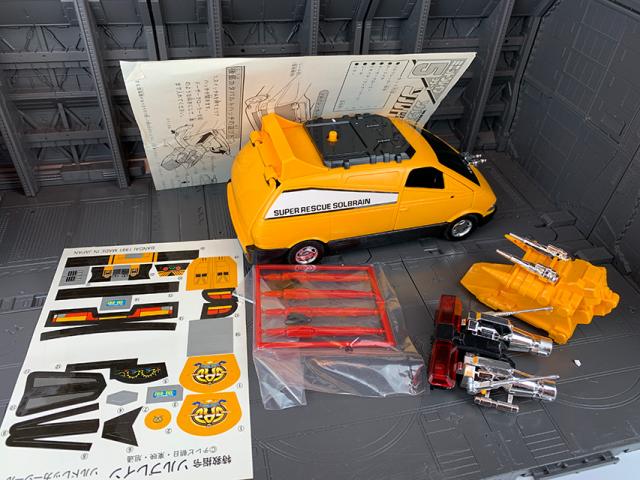 The van is based on an early 90s Toyota Previa mini-van. As a toy, it feels very toy like. It's all plastic, and unlike Solgallop, it does not have any electronics. But it makes up for it with PLAY VALUE! 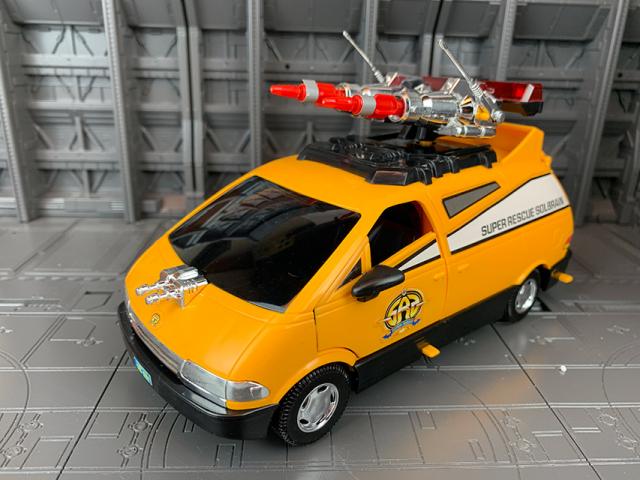 The toy freely rolls around on ruubber wheels, and all three doors open. 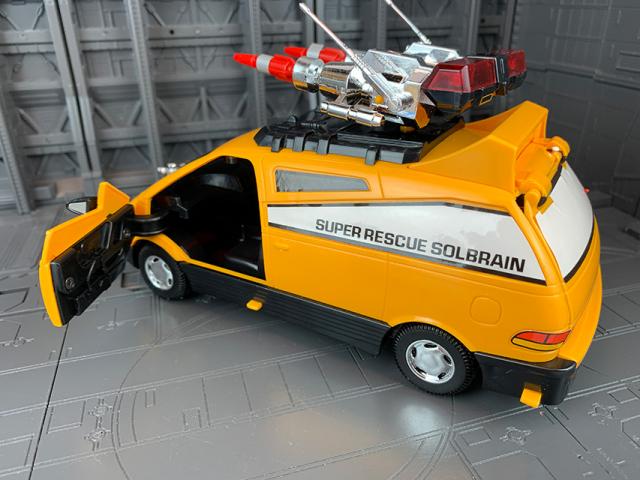 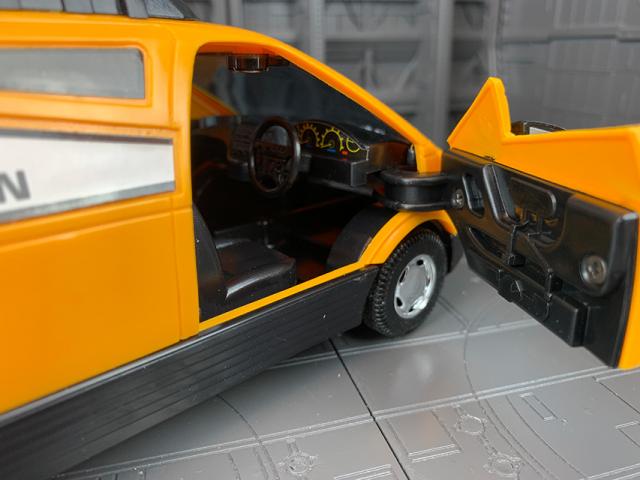 The missile launchers at top rotate and swivel independently, and each launches a missile a good distance.

If you hit the rear yellow button, the read door pops open. If you hit the button in the middle, platform shoots forward, launching the non-transformable Soldozer! 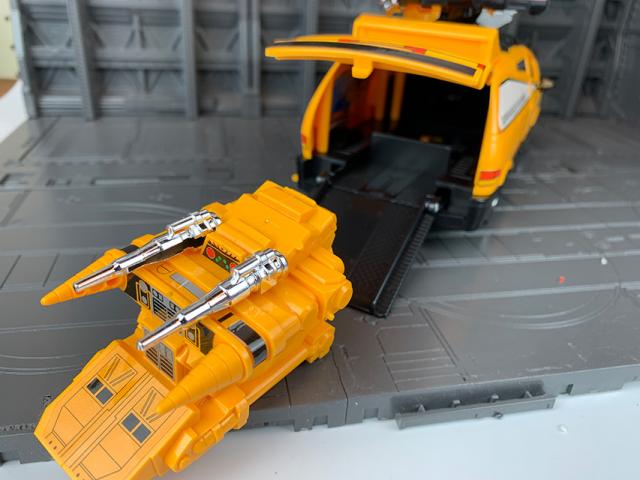 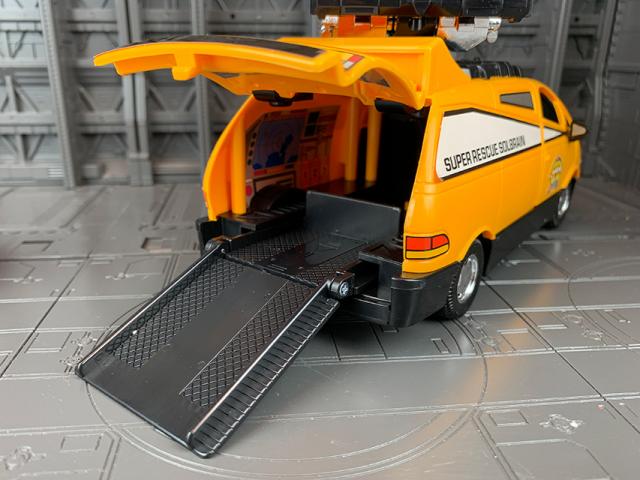 Inside the van are pre-applied stickers giving some nice interior detail. 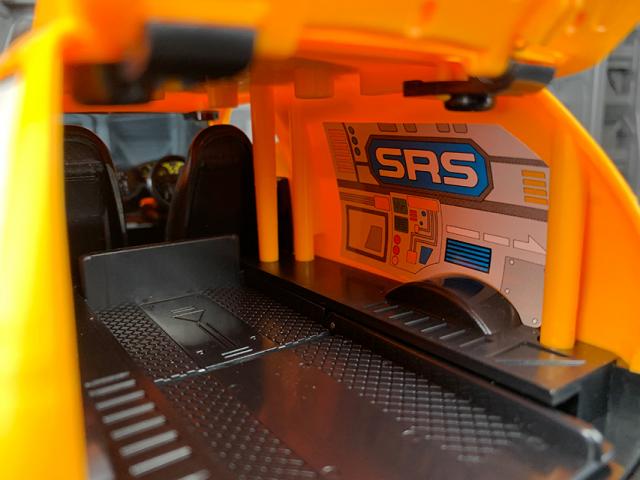 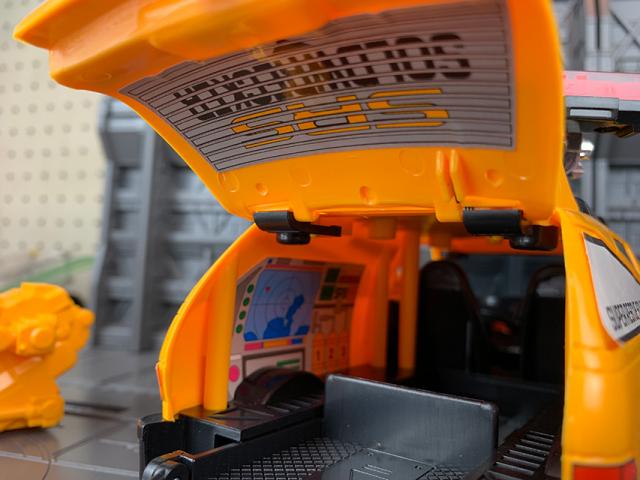 The transformable Soldozer can rest in the back in robot mode, but will not fit in tank mode.

It's a fun piece with lots of play value. I love the compatibility with the other toys in the line, and that they kept them all to scale.