Soldozer is a support robot from the show Super Rescue Solbrain. Played by a human in a suit, this robot helps the Solbrain team rescue people from disasters. It's only meant to be a little taller than human-sized, and can transform into a cool drill tank.

Numbered 3 in the series, it's not as exciting of a package as the singular figures. Too bad. It looks nice enough, and retains the numbering and branding of the others. 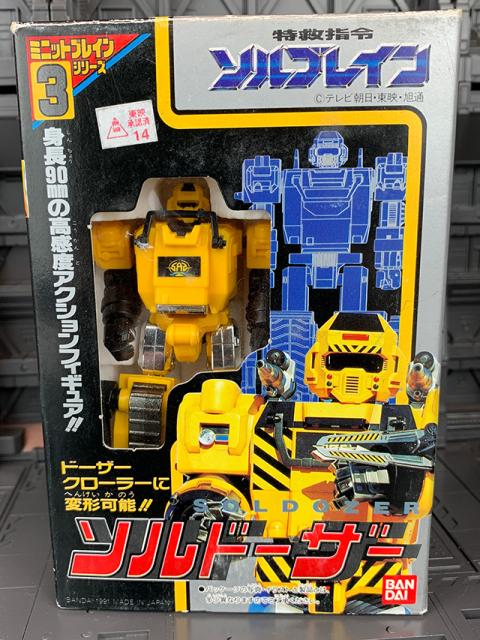 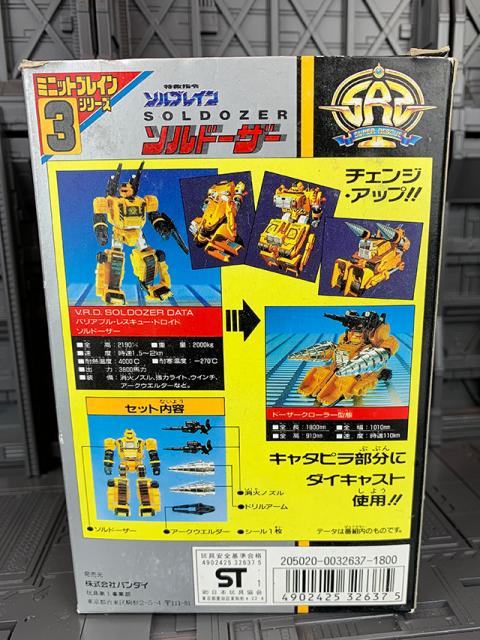 Inside the toy rests in a styrofoam tray, with accessories nested around it. Nothing needs to be cut off a sprue here, but there are some stickers that need to be applied. 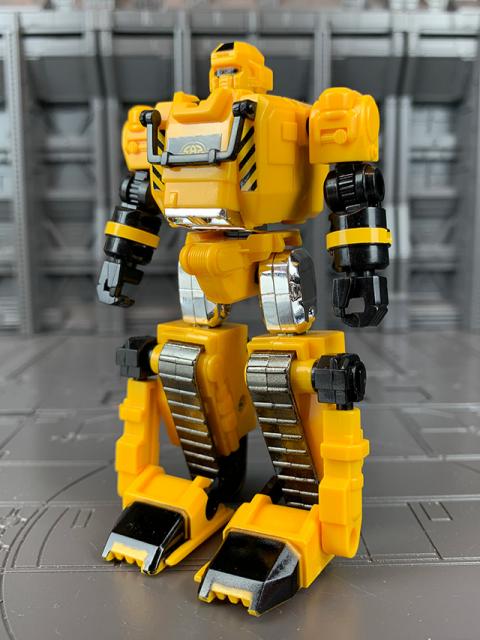 Soldozer is an awesome looking figure. I am a sucker for construction-themed robots, so this really appeals to me. It's mostly plastic, with die-cast metal on the tank treads, which do not roll. There is a mix of yellow, black and chrome plastic, with some painted details, and some stickers. 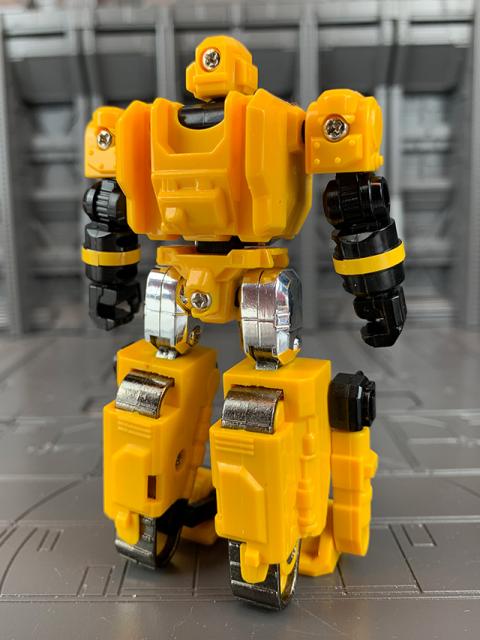 Articulation is alright, but not up to modern standards. The head, shoulders and waist all rotate, the elbows are on hinges and also rotate. The hips are on a limited ball joint, the knees bend a bit, and the feet can bend, but that's more of a byproduct of transformation than articulation. 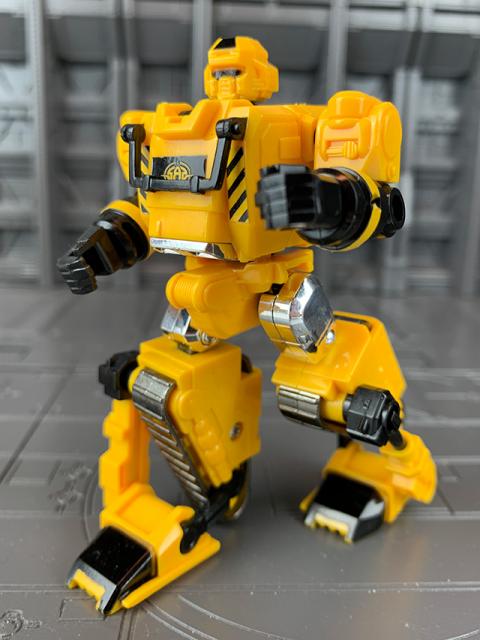 Soldozer comes with two cannons that plug into the back, as well as a Jaws of Life attachment that can be attached to either arm. Be aware that applying the yellow arm stickers covers the hole for the part to attach to. 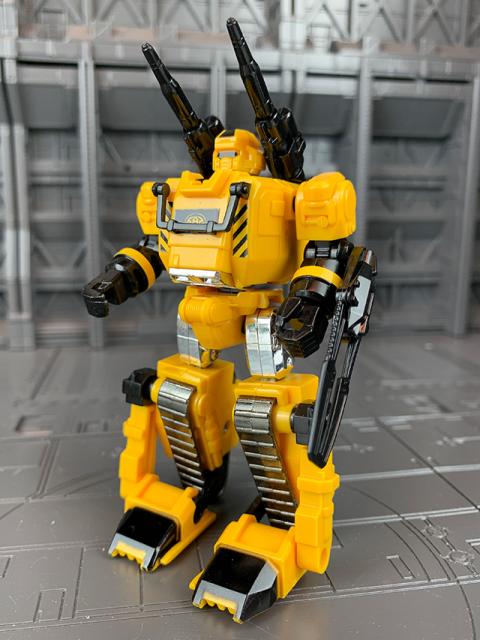 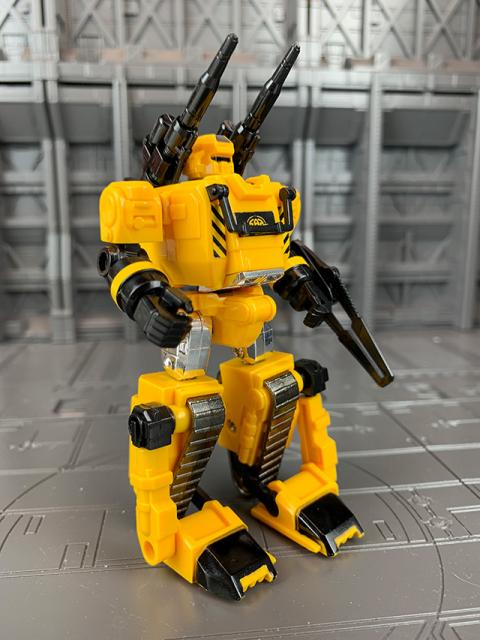 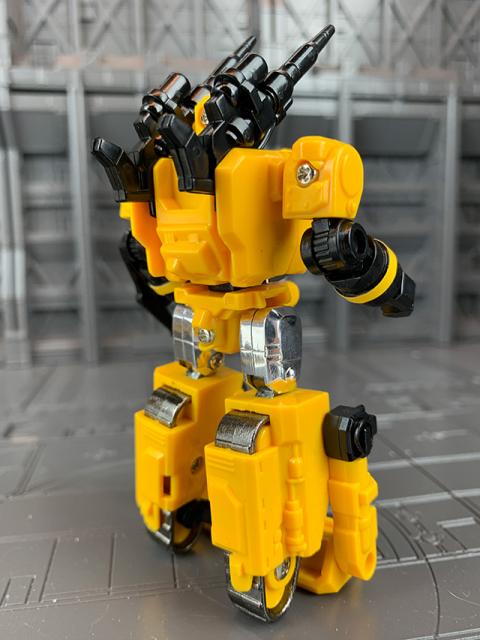 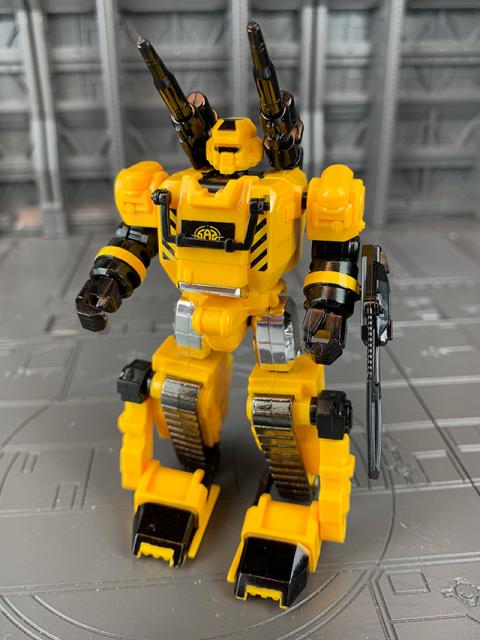 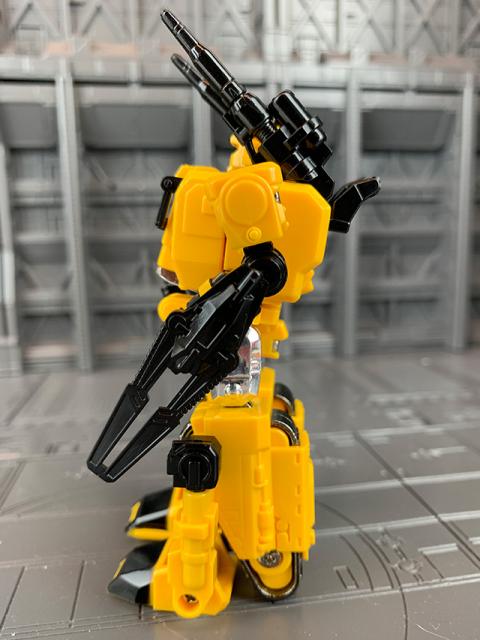 To transform him into tank mode, simply flatten out the feet and twist the legs around. Remove the back cannons. When you bring the feet down you can see the working pistons holding them in place. Unfold the chest assembly and bring it down to connect to the legs via a tabbing mechanism. Re-add the cannons using the other peg to the top, and then add the drill attachments to the arms, securing them with a peg in the hole on the side of the arms. If you got sticker bits in there, it may not hold tightly. 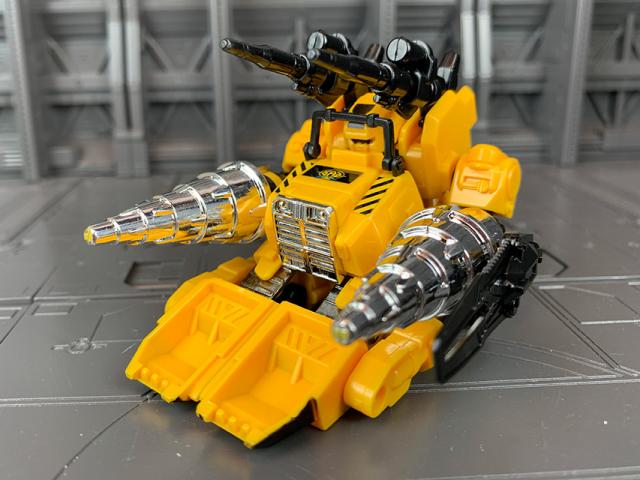 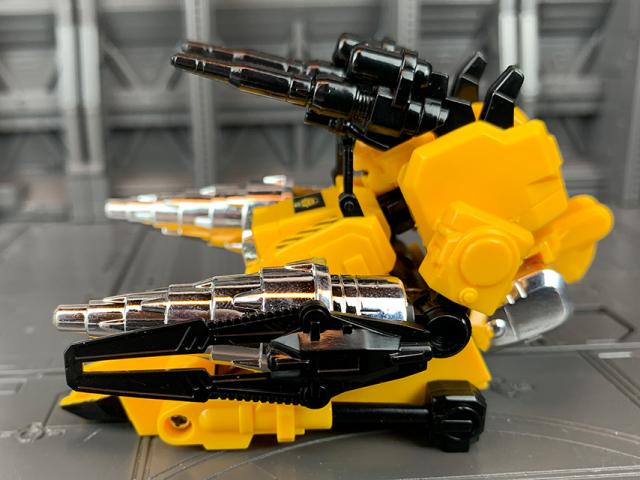 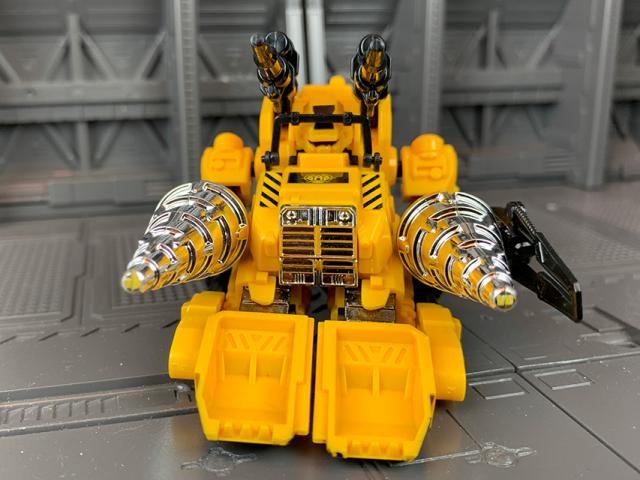 The tank does not roll, but it looks great and has a nice weight to it. I would have liked some more connection points on the shovels in front, and the arms to the side. But it's fine. 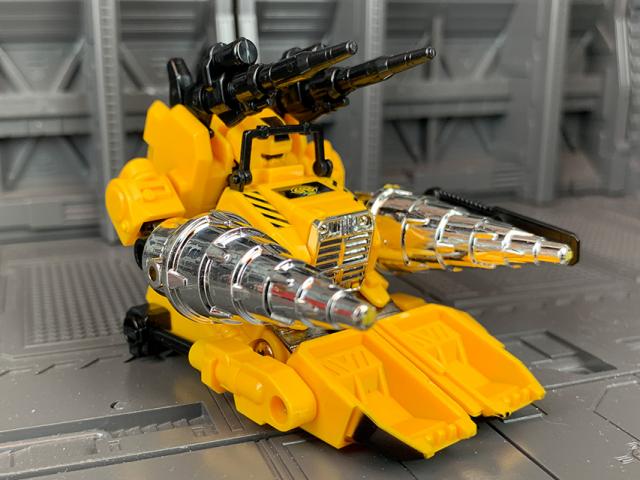 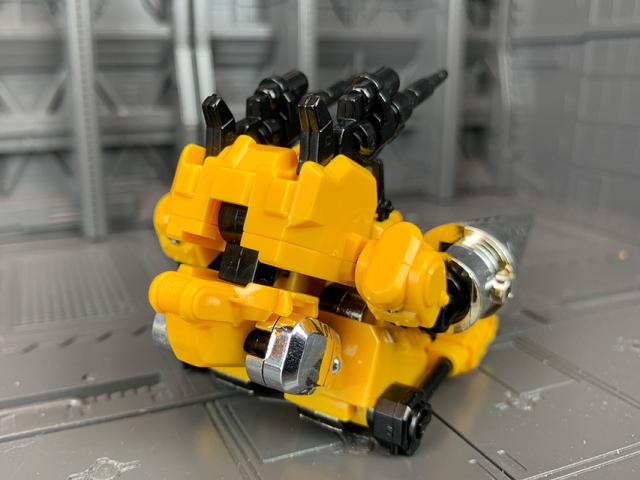 I don't know if it's canon, but you can add the drill arms in robot mode as well. 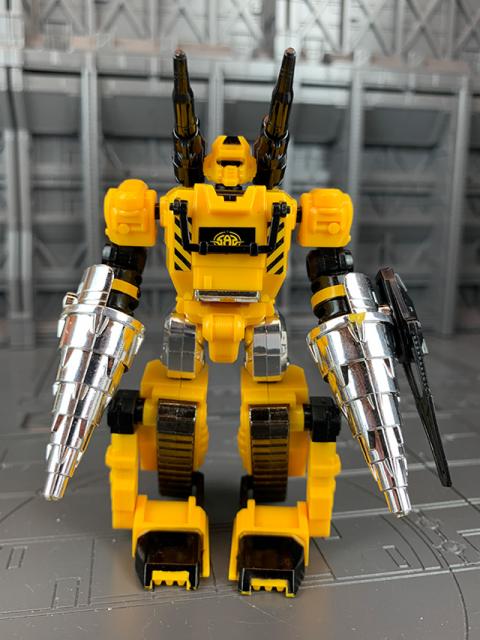 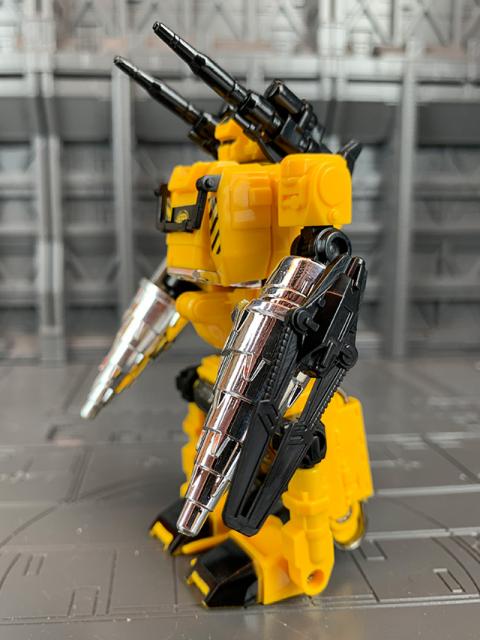