I fell down a bit of a rabbit hole with these Solbrain toys, first with Soljeanne. I loved the presentation of them, with the clear embossed case, the diecast figure and the removable armor. I fell down the hole so much that i've gotten all of them in the line, and I'm going to review and catalog them here for you. So get ready to meet Solbraver.

Super Rescue Solbrain was a Tokusatsu television show that aired on TV Asahi from 1991-1992. It aired for only one short season, and is part of the Metal Hero Series. For some reason, the show never made much of an impact, and there is little reverence for it. The standard assortment of toys and role play items were released, but after one season, they were done.

They toys they did release were brilliant. The initial line had 7 numbered toys (four figures and three vehicles) as well as some DX sets, role play, and sofubi. They featured fantastic packaging and small figures with diecast metal.

Today we are looking at #1 in the series - our hero - Solbraver.

First off - the packaging. The toy comes wrapped in a cardboard box with die-cut windows. Inside is a beautiful hard plastic case, with embossed letters on the front. 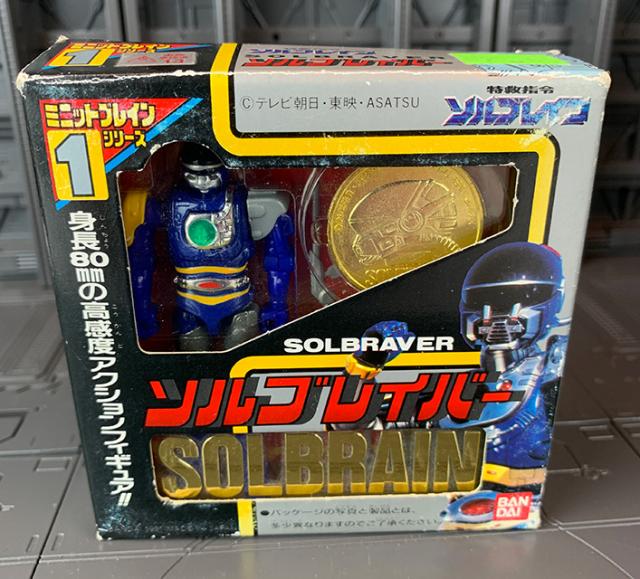 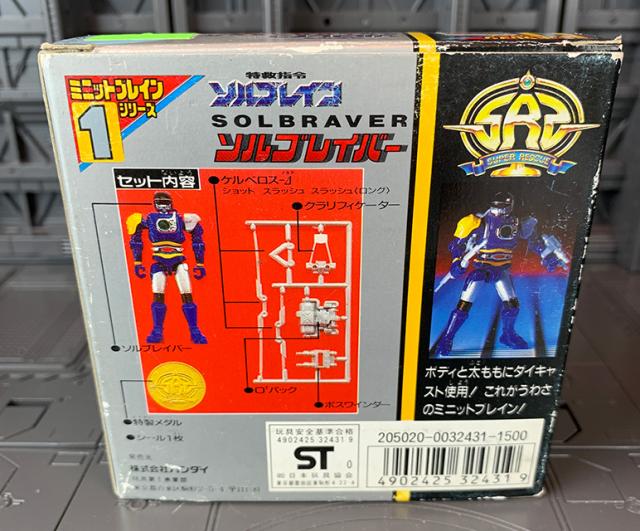 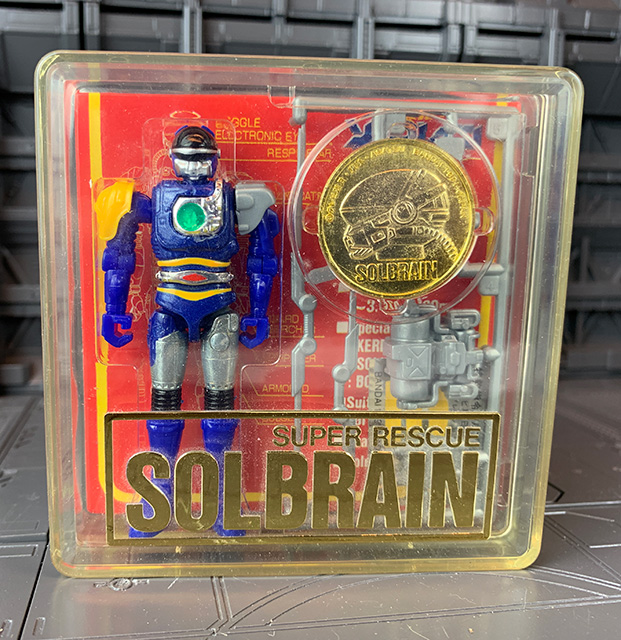 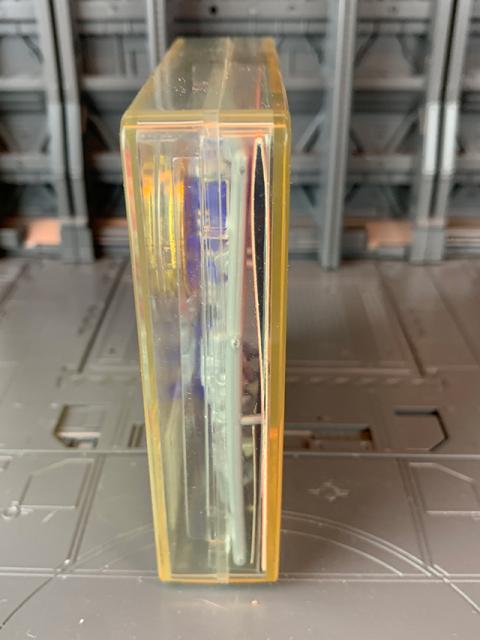 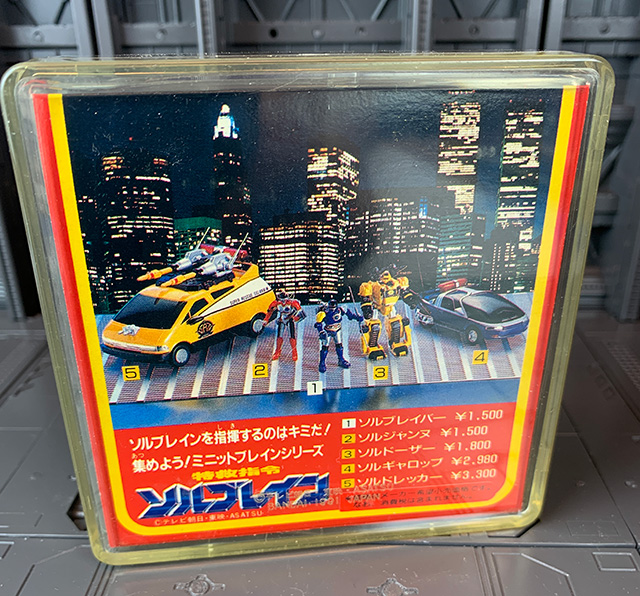 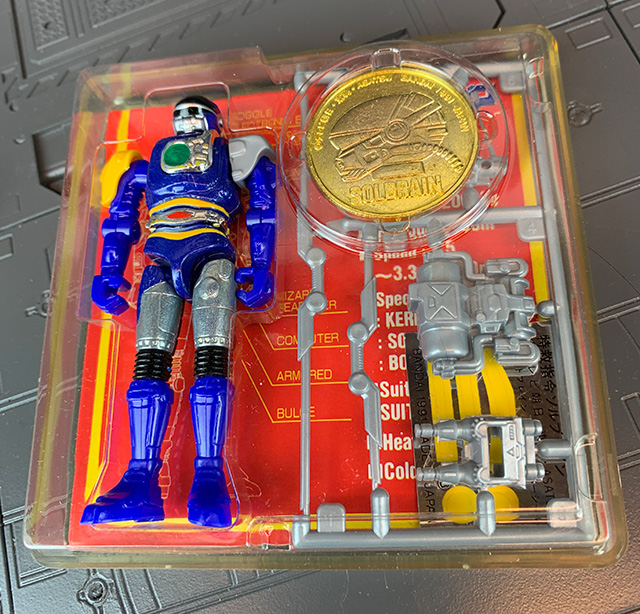 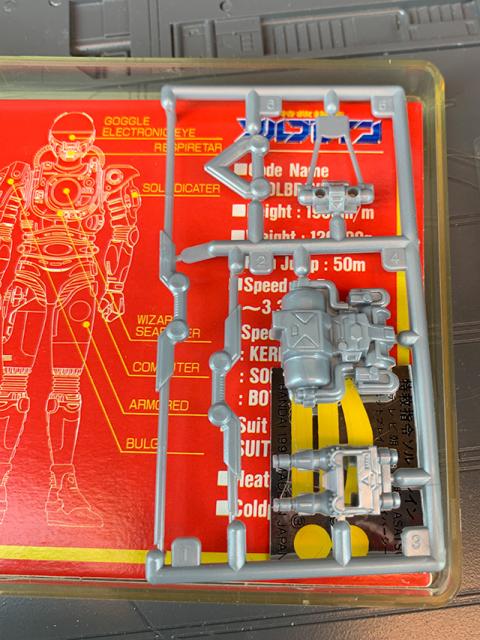 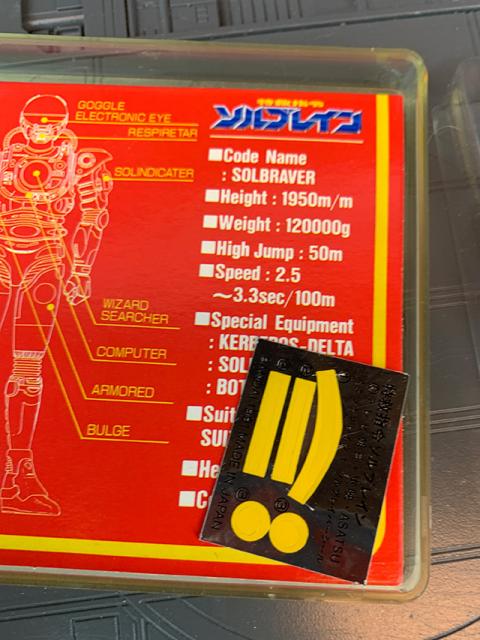 The backer card unfolds, and features the instructions inside. I love that the figure illustration gives you all kinds of stats and feature names, and the back lists all the figures in the line (at the time) and their original prices. The whole thing is just stunning. 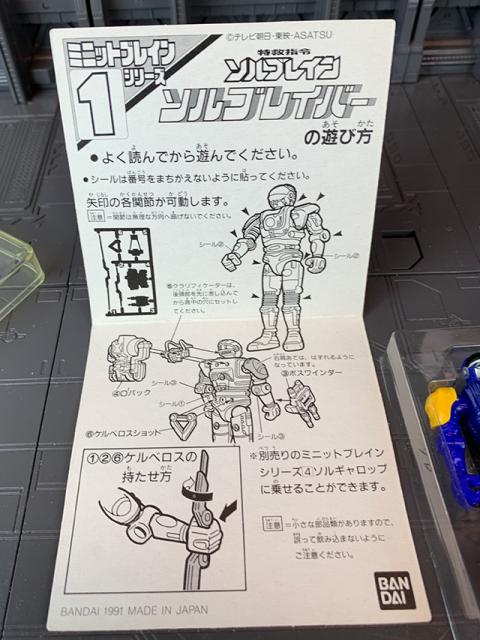 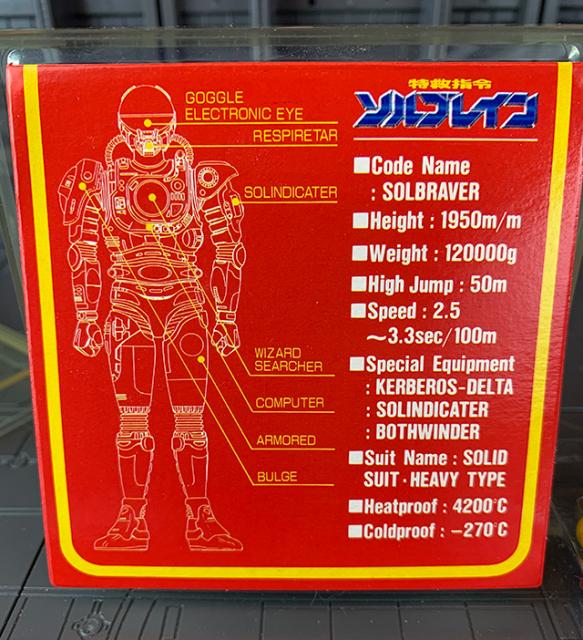 The names are hilarious!

And let's not forget the special equipment -

I don't know what a Bothwinder is, but i kind of want one.

The figure itself is great, and he stands 3.25 inches tall. His torso and upper legs are diecast metal, the rest is plastic. Articulation is ok - actually pretty standard for the timeframe. Head rotates, arms rotate and swing out, hinge elbows, ball joint hips, and hinge knees. He's very tight so holding poses is not an issue. 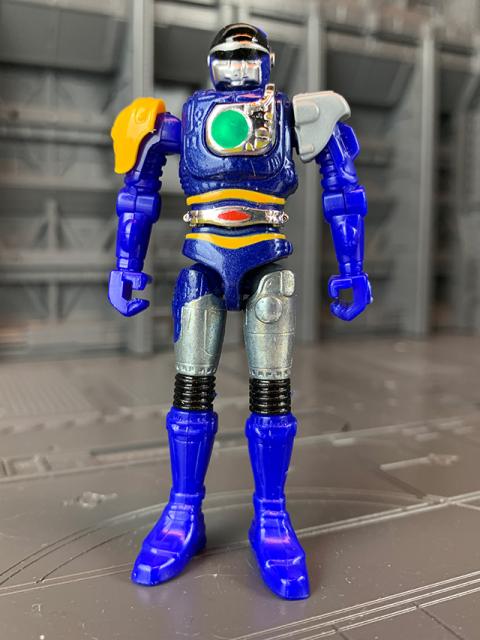 The armor on both shoulders is removable. The yellow armor pops off easily, which is a bit frustrating. 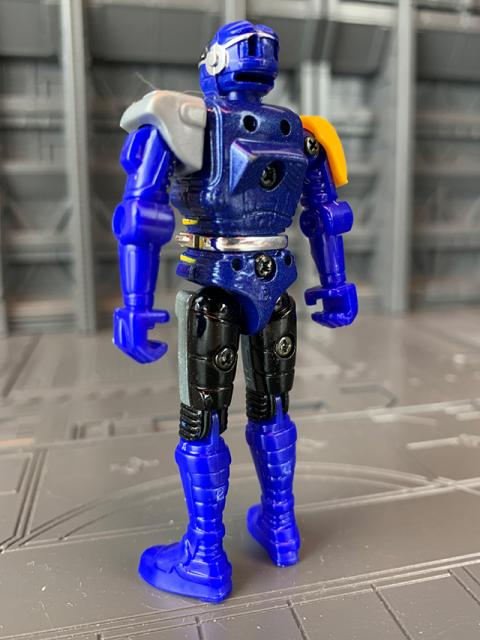 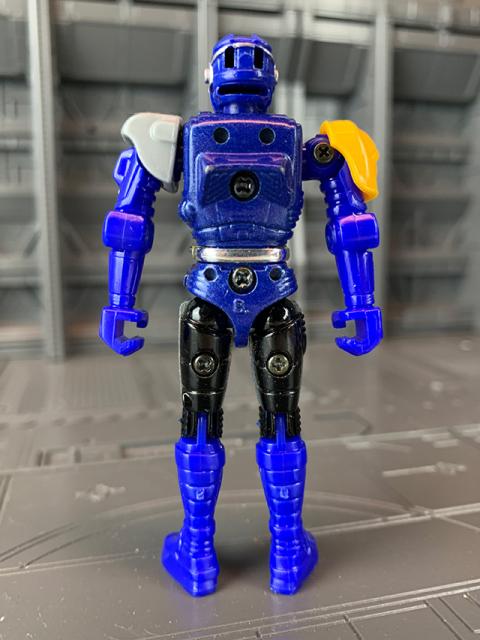 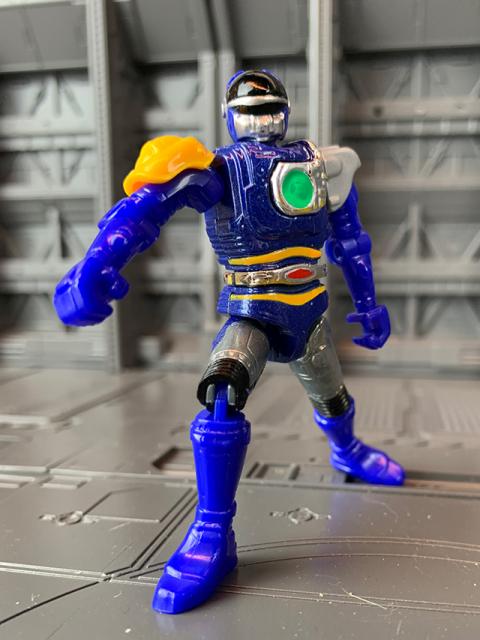 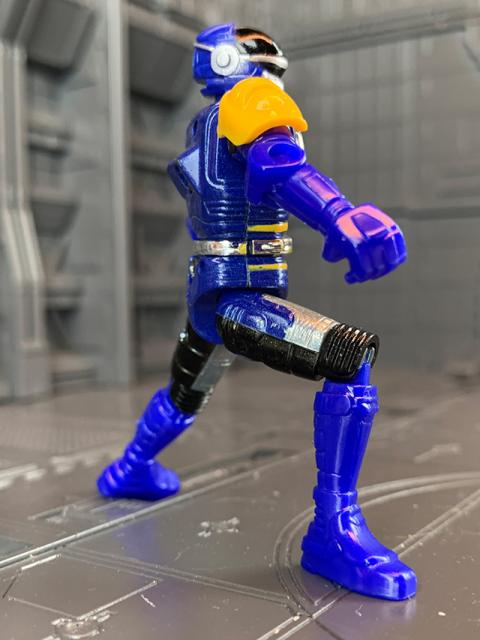 Once you cut all the parts off of the sprue, you can attach them to the figure. Since the parts are soft, they need a little effort to get them into the mounting holes on the back. 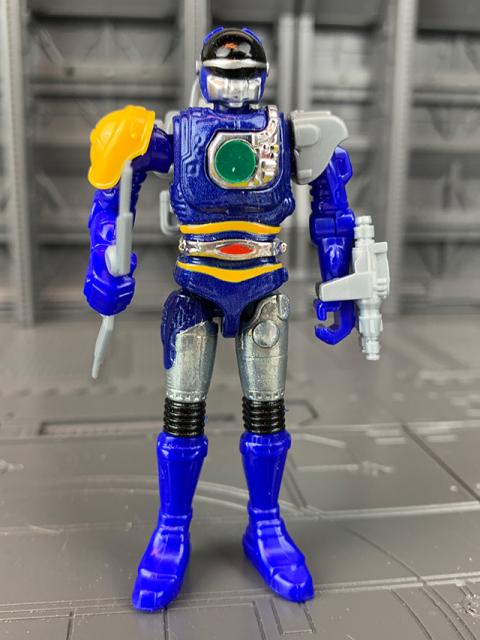 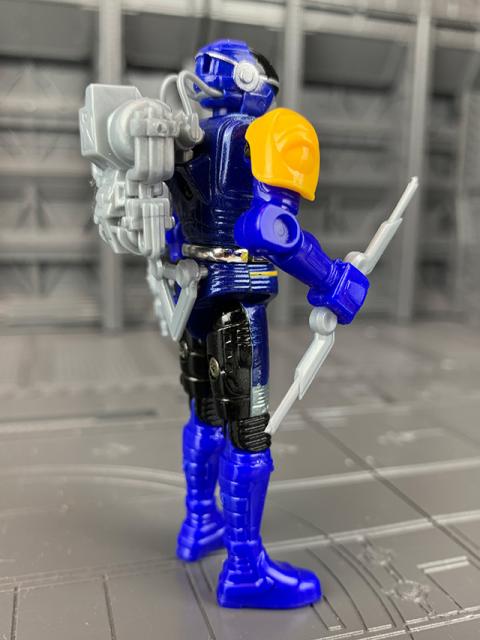 There are actually 3 versions of his weapon included. The first is the triangle shaped thing on his rear- that's the folded up version. Then there is a smaller, unfolded version, and a third version with the blades extended. 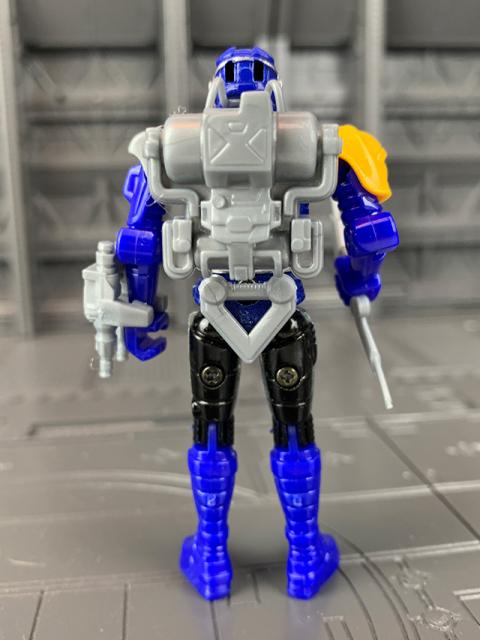 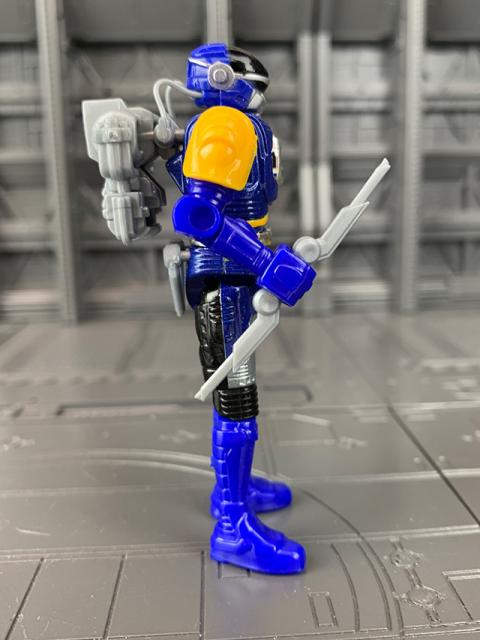 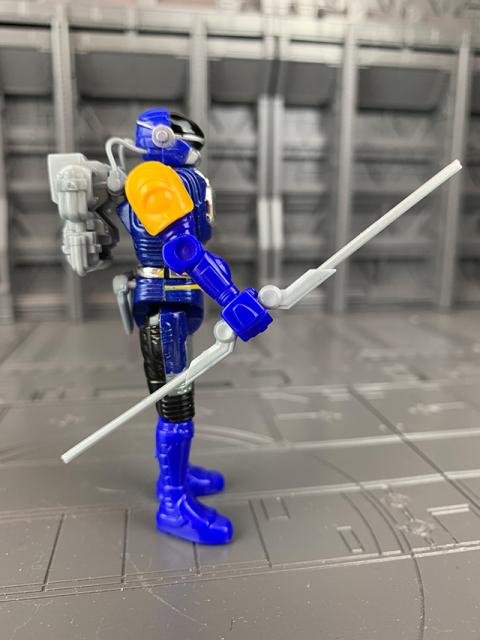 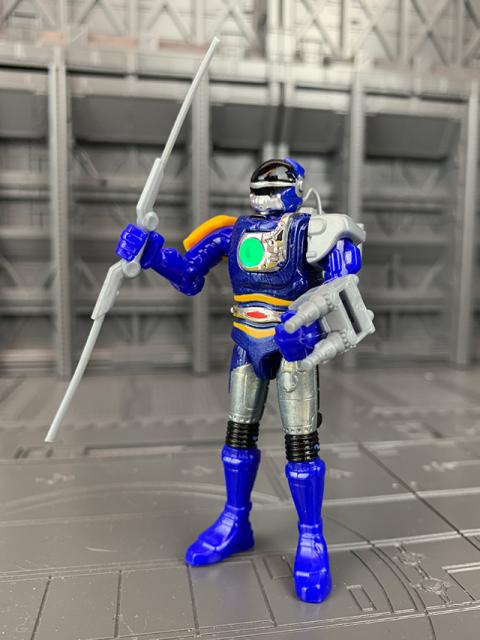 I love these little guys.

The triangle-shaped gun that unfolds into a bladed weapon is the Cerberus-Delta (named Kerberos-Delta) and Bothwinder is basically a gun that shoots ropes and special ammunition.

I'm kinda pissed that Bandai already gave up on making figures for the Metal Heroes side of S.H. Figuarts when they already have prototypes of Metalder and Janperson on display in a previous toy fair.