I had already stopped collecting Hasbro’s GI Joe: A Real American Hero line of figures and accessories around 1985-1986. Macross model kits and toys were calling as well as GI Joe figure quality were beginning to slip, heading in more a Sci-Fi direction rather than the real military look that I first enjoyed with the series. Although I focus on collecting the 1982-1985 series there are still a few figures after 1987 that are interesting and worth locating. 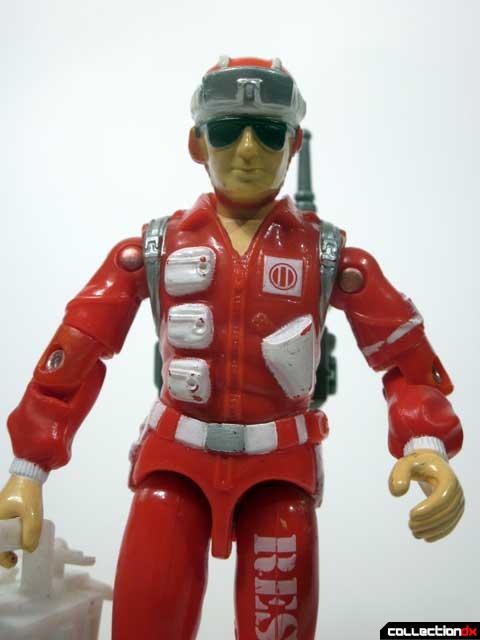 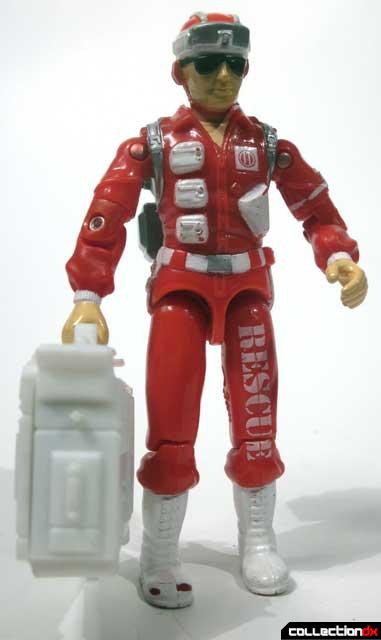 1991’s version of Lifeline: Rescue Troop is one figure that is worth locating if you are a GI Joe collector, due to the subtleness of the reissues that I believe greatly improves the already great first release of the 1986 version of Lifeline. 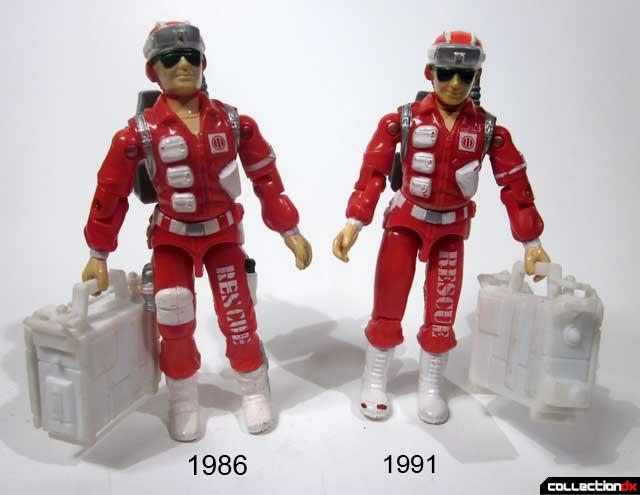 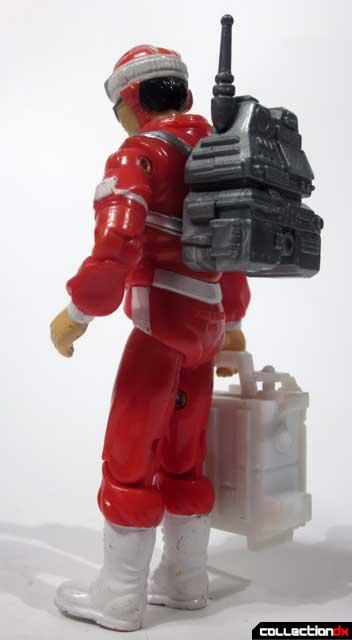 Lifeline: Rescue Trooper was the second medic in the GI Joe ranks, the first being 1983’s excellent Doc: Medic. It was a long time in coming, as Doc needed a partner to rescue wounded Joes and Cobra off the battlefield. Who else was going to help Doc carry wounded Joes on that cool stretcher accessory that comes with Doc?

Lifeline: Rescue Trooper Kellogg’s Rice Krispies Premium comes in a plain mailer boxed with: 1X Figure, 1X Medic Case, 1X Radio backpack. This was the second GI Joe figure that was offered through a cereal product, the first being Starduster who was released with the GI Joe brand cereal. 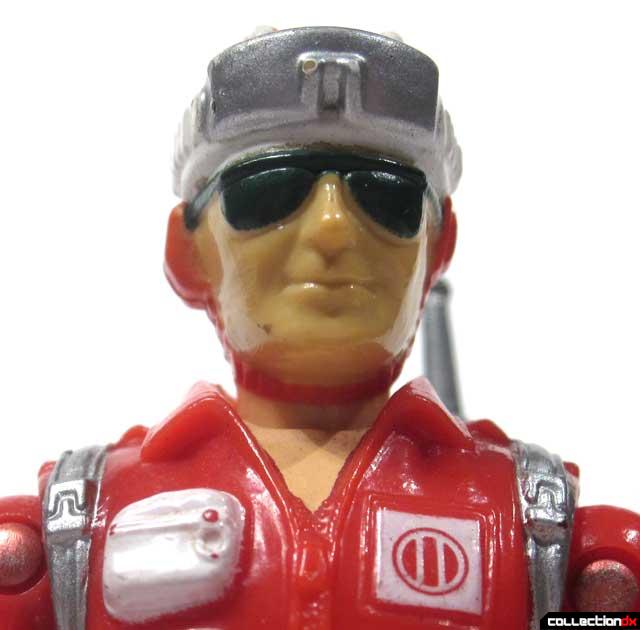 Lifeline, whose character name is Sgt. Edwin Steen from Seattle Washington, was a helicopter medevac medic who decided to join GI Joe when he discovered that if he was hurt while helping people off duty he would not be eligible for his pension where as the Army offered full monetary coverage. In the Marvel and Sunbow cartoon, Lifeline was also portrayed as a pacifist throughout which added some great dynamics between characters in the stories. 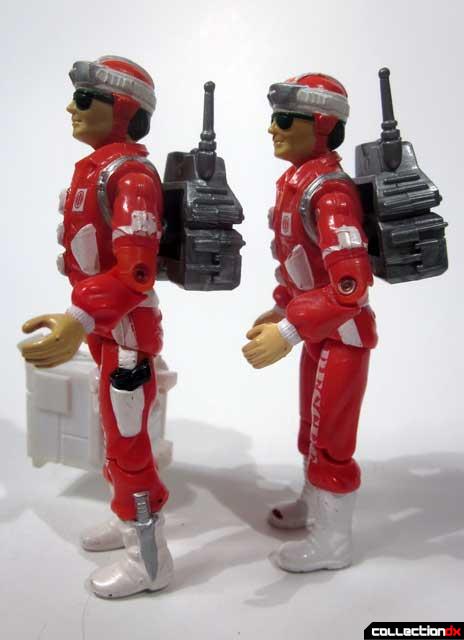 In 1991 cereal manufacture Kellogg decided to release a premium of Lifeline in their Rice Krispies brand cereal. The issue that Kellogg had with the original release of the figure was they did not want to release an action figure with a gun molded on the leg or have it come with any gun accessories. The original 1986 Lifeline was released with a silver M1911 Pistol, which was easily not included with the Kellogg version but Lifeline had another gun molded on the leg. 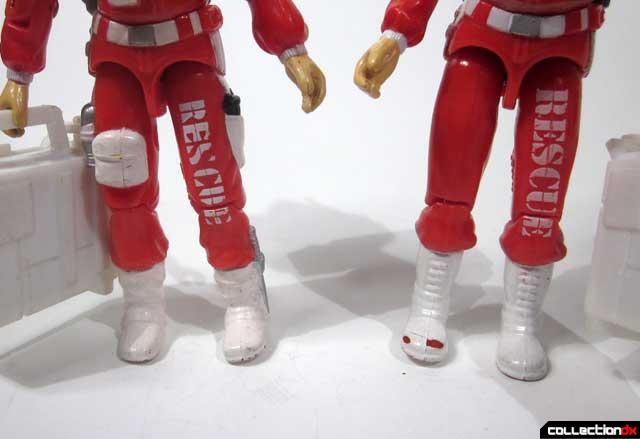 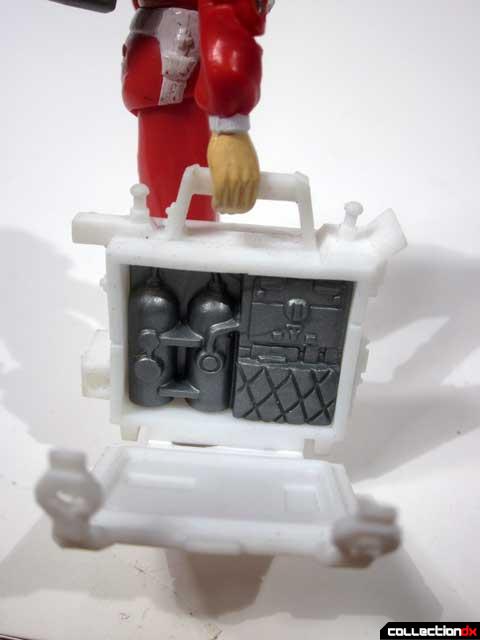 Hasbro decided to dust off the leg molds of Snow Cat Driver Frostbite (1985), which did not have a gun molded on the leg, and recolored them to match the colors of Lifeline. In a round about way Kellogg helped create a figure that was actually closer to the roots of the character than what was previous released.

This is not an especially rare figure but it is a figure that collectors easily overlook in figure bins as one might think they are picking up a normal version of Lifeline but they actually picking up the Kellogg version of Lifeline. I found my Lifeline for a few bucks at Frank and Sons and luckily I already had an extra set of Lifeline gear and I was able to make a complete figure set. A fun and great reissue figure all around and worth picking up for your GI Joe platoon.

©2011 Review and pictures by Leonardo Flores and CollectionDX

I'm more of a neon ninja/star brigade kind of guy.