Knight Fire is the sixth and final numbered release in the Solbrain toy line from Bandai. There are other toys in the line, but they are not numbered, and are not in scale with the numbered releases. 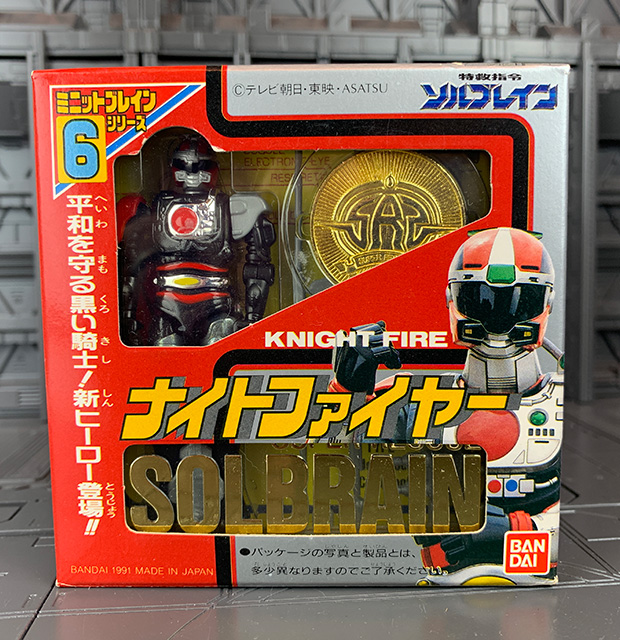 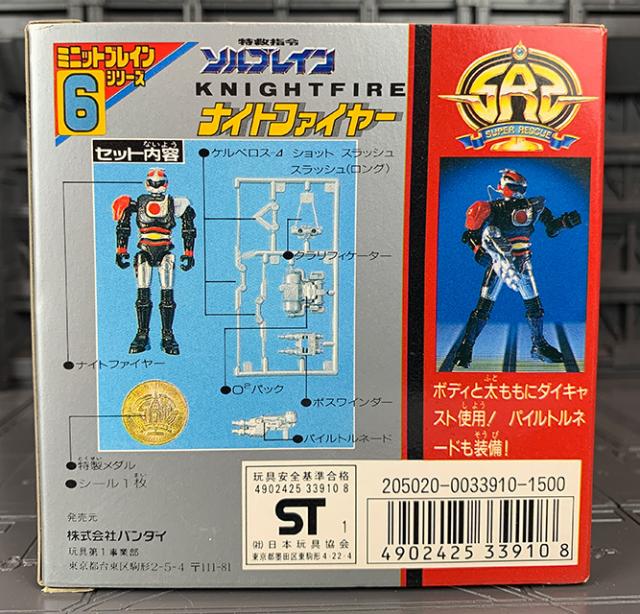 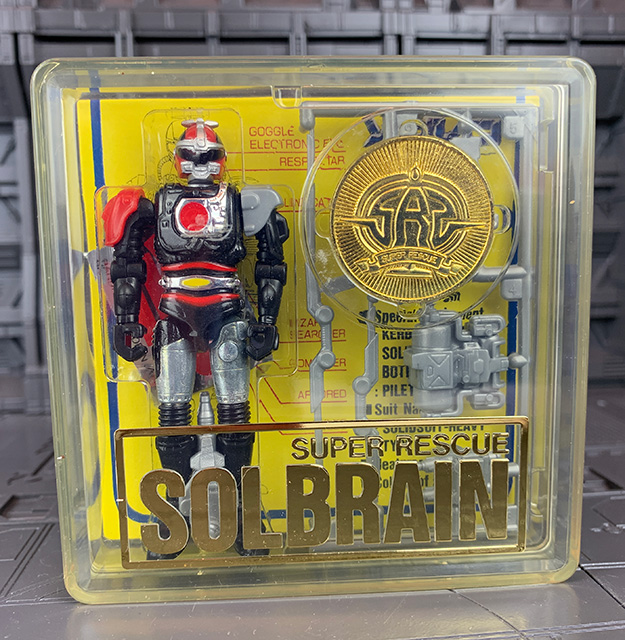 As you can see below, Knight Fire has been added to an all new shot of the line. 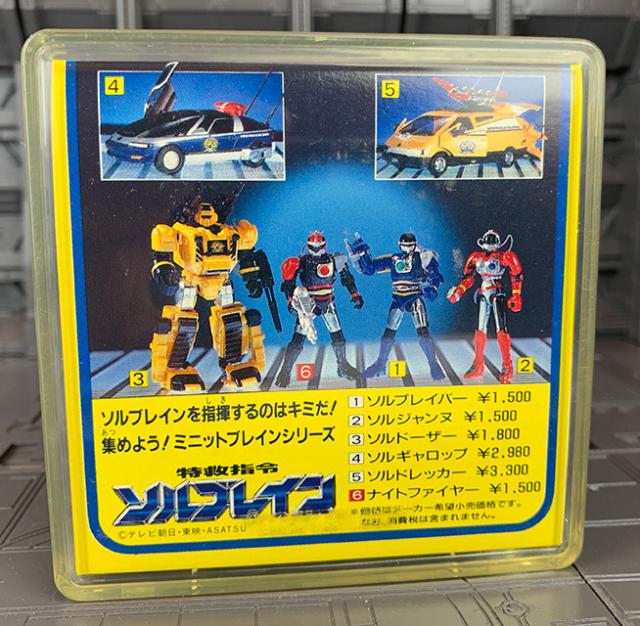 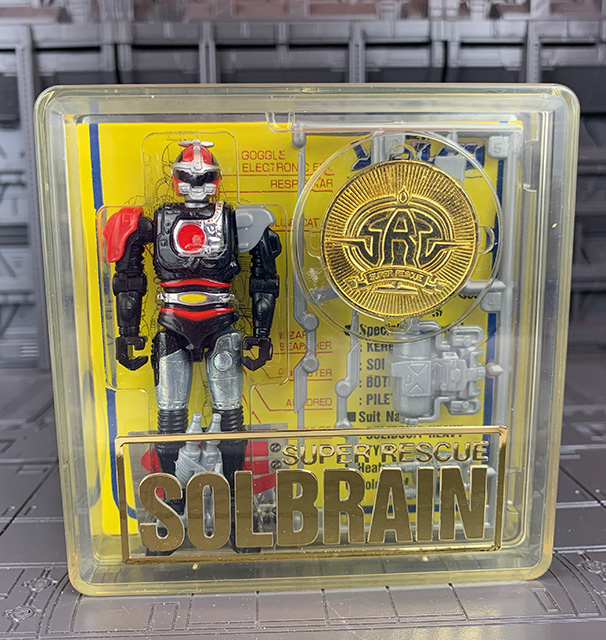 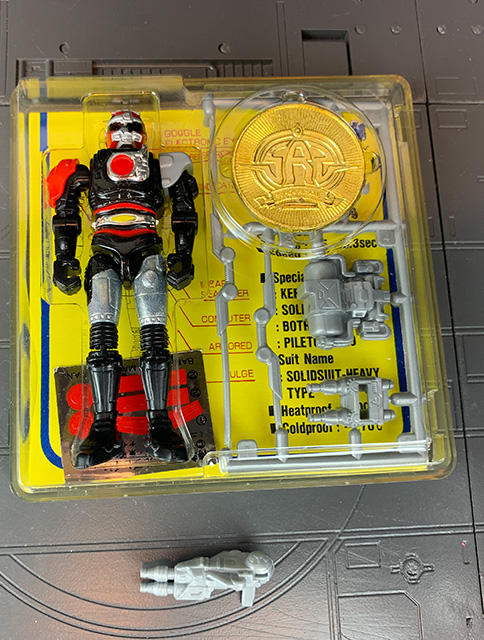 Knight Fire was a character that entered late into the series. He was actually a character from the previvious Metal Hero show - Winspector, who joined the team. 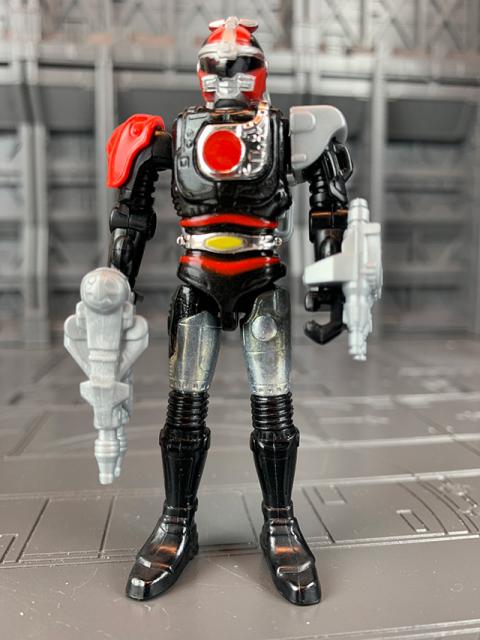 His accessories are the same as Solbraver's, except for the new sidearm weapon. The body is the same great diecast and plastic construction, and considering it's size, is well equipped and articulated. 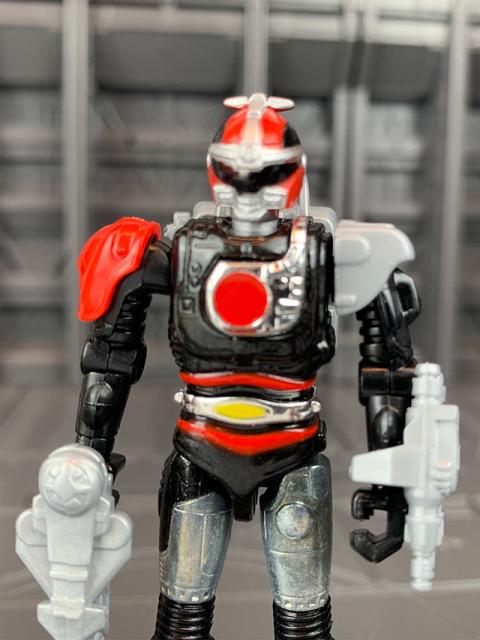 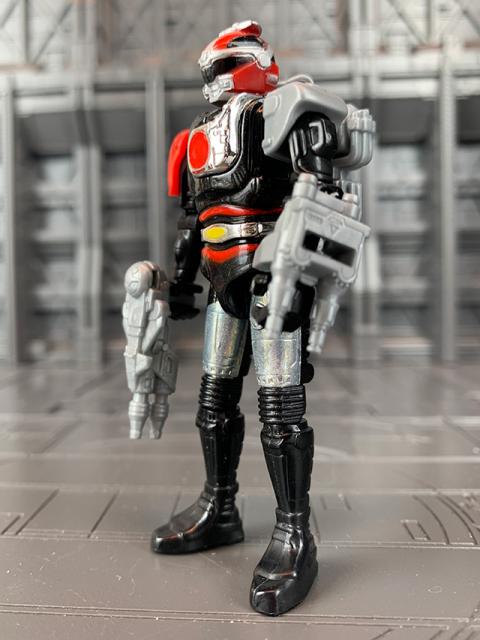 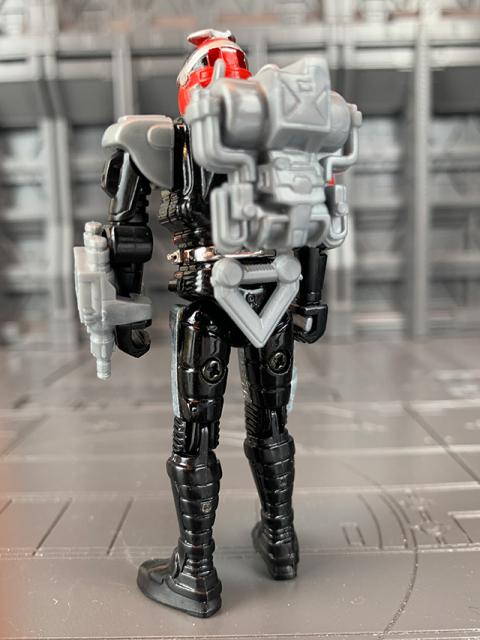 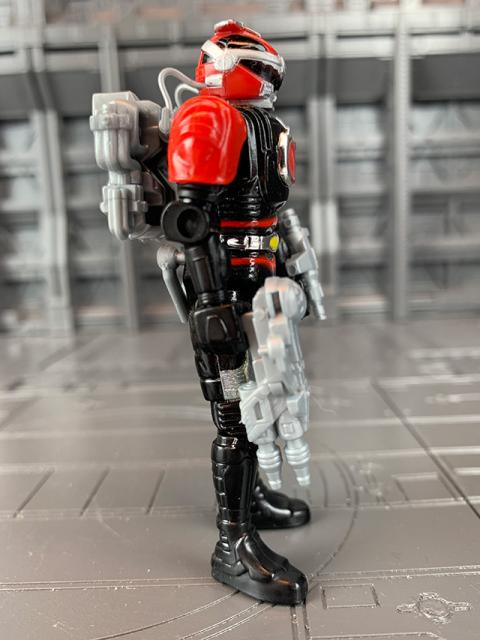 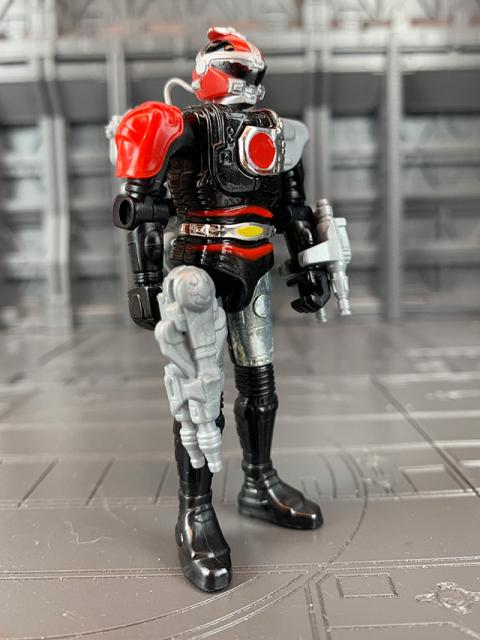 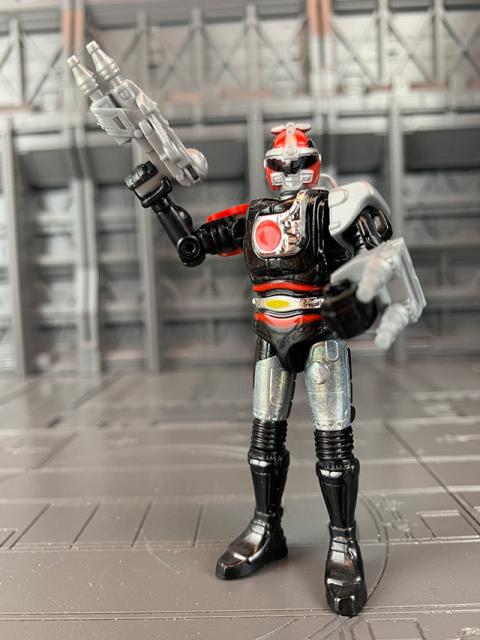 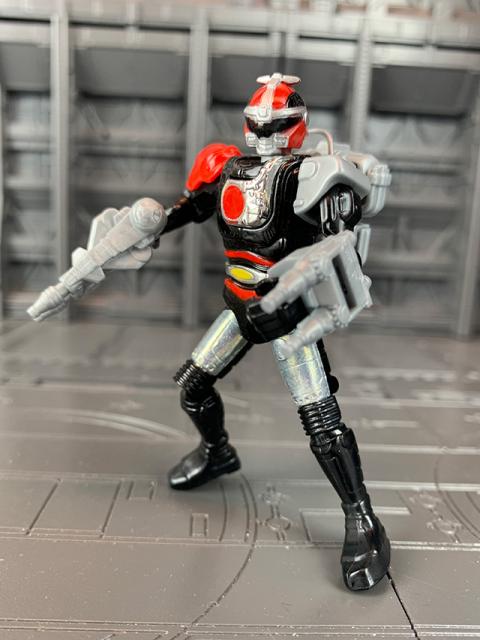 There's not a lot to say about him that hasn't been said in the previous reviews. Each is awesome, and it's great to have the whole set. Knight Fire is a little harder to find than the others, and as such, more expensive. 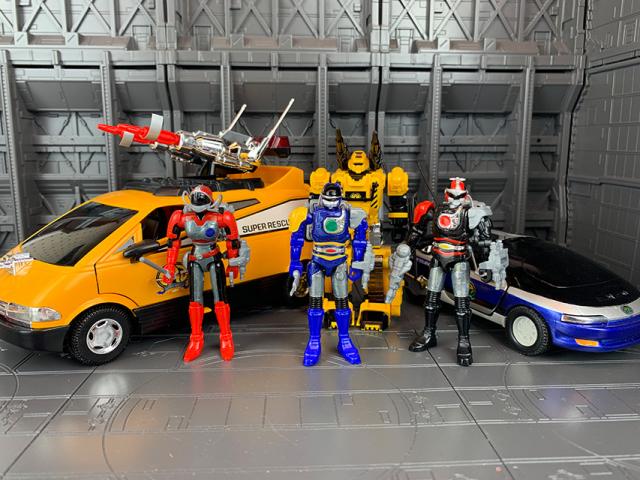