Kanegon was one of the very first Ultra Kaiju, appearing in 1965’s Ultra Q series.

As I wrote in another review:

Kanegon first appeared in Episode 15 of UltraQ, the predecessor of Ultraman. In it, a small, greedy boy named Kaneo finds a change purse which is actually a cocoon. It sucks him up, and when he wakes up, he turns into Kanegon! The physical form of Kanegon is a monster with a change purse for a head (notice the zipper on the mouth), and a counter on his chest. Kanegon now needs to eat money to live (3,510 yen a day, to be exact), and if the change counter on his chest reaches zero, he dies.

Bandai has released this toy several times over the years, first in 1983 and as recently as 2010. 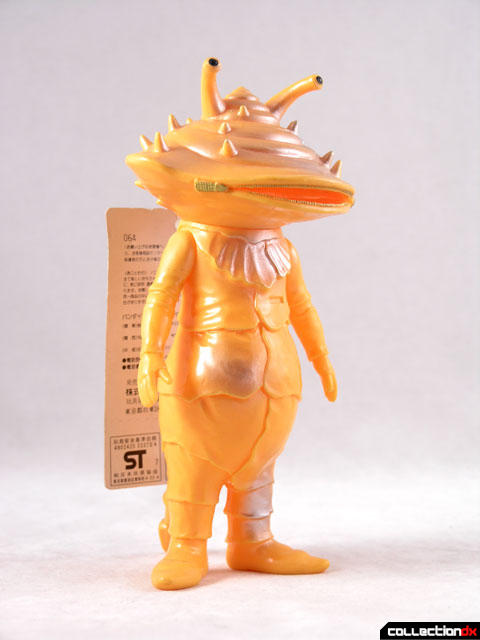 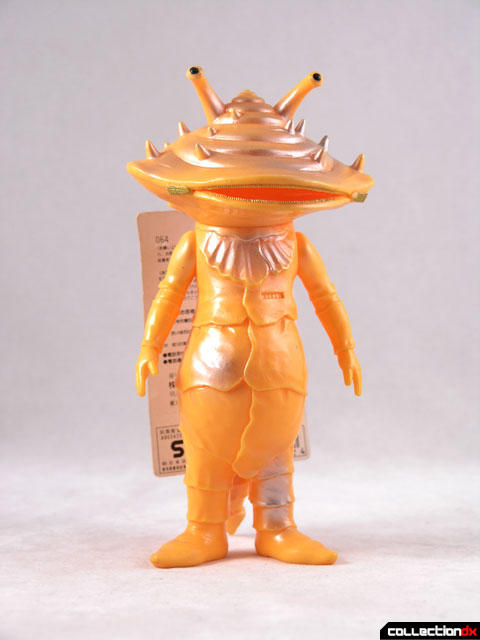 This particular representation is from 1991, and still includes its original tag. I was going to pull the tag off for this review but did not have the heart. It’s lasted this long on there, it would be a shame to take it off now. 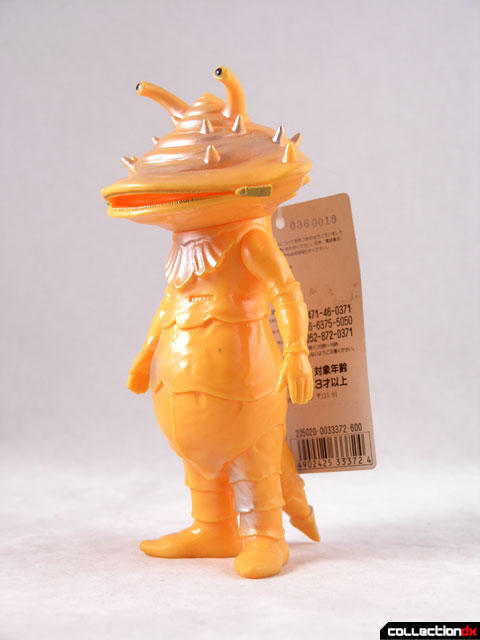 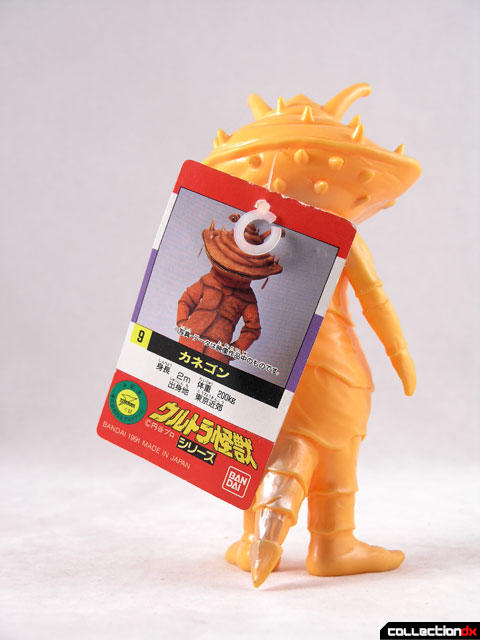 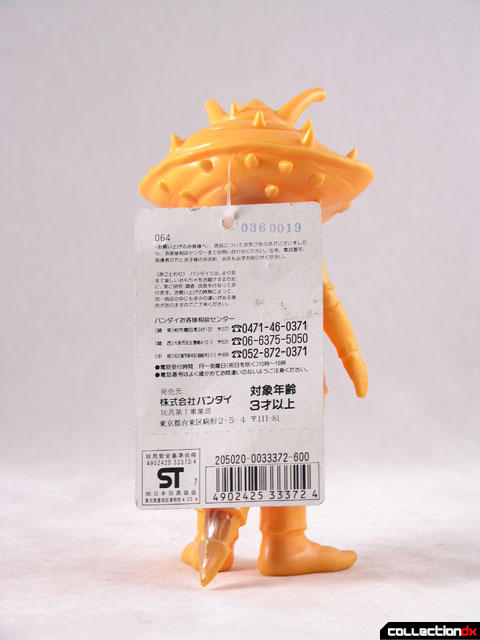 The toy is cast in orange vinyl with light silver spray. Other than that it’s your standard cheapie Bandai Ultra Sofubi. You really can’t go wrong with any of them.

wow, it's funny how CDX sometimes can synch up with my own habits. I've noticed how cheap and fun the Bandai vinyls can be, and finally scored some just yesterday that I've been looking for for years. Plus the 6 inchers look great with my SOC and other diecast. I've ignored Ultraman for years, but now it looks like I've found some more fun stuff to try to get!!

I had the same issue with my Soul of Sobufi collection, but I bought rubber suction cup hangers and now I have them hanging outside my display case from the suction cups. They look good displayed that way, like a Japanese toy store you should try it!

Remove their tag is like opening a figure from their blister

I cut the tags off and use them as super nerdy bookmarks.