TV Tokyo broadcast Getter Robo Go (ゲッターロボ號) for 50 episodes from February 11, 1991 until January 27, 1992. Like previous entries in the Getter Robo series, it featured 3 ships which could combine to form 3 different robots. Only one of the robots was released in jumbo form however. And like the show, it isn't nearly as popular as it's predecessors.

Personally, I really like the toy though. It's certainly different than vintage jumbos, but it's got a real neat design with some cool gimmicks and accessories. It's got a nice set of wings, two shooting fists and a shooting drill missile fist. There is also a big sword and a much smaller hatchet which can be placed in either hand. 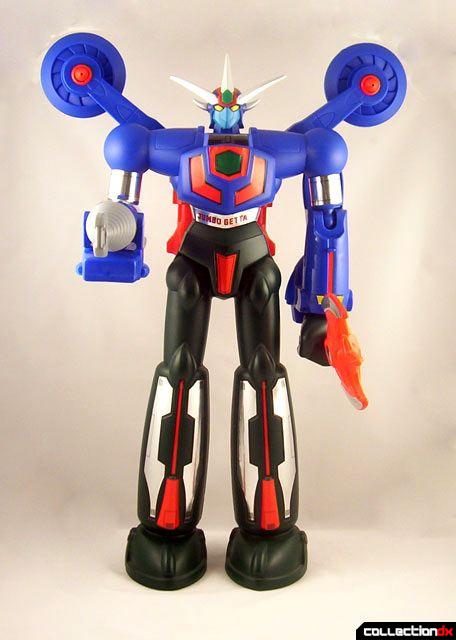 The wings are very unique and each one has a missile launcher built right in. And if you don't care for them, they can easily be removed. Each wing has a round peg that goes into a hole in the backpack. You can also store the drill missile fist here when it is not in use. 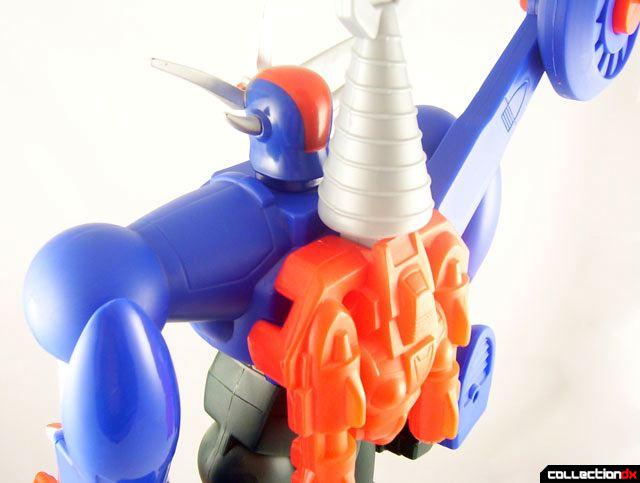 Getter Go has just 5 points of articulation, at the ankles, elbows and neck. The elbows are on a ball joint so the lower arms are particularly poseable. But, the fact that the shoulders cannot move is the biggest problem the toy has. You can't raise the arms at all. It's a frustrating and unnecessary oversight. I mean, why would you rather move the ankles and not the arms?

The only other downside is that the design of the fists is a little bit plain. The surfaces are too flat, with little detail. 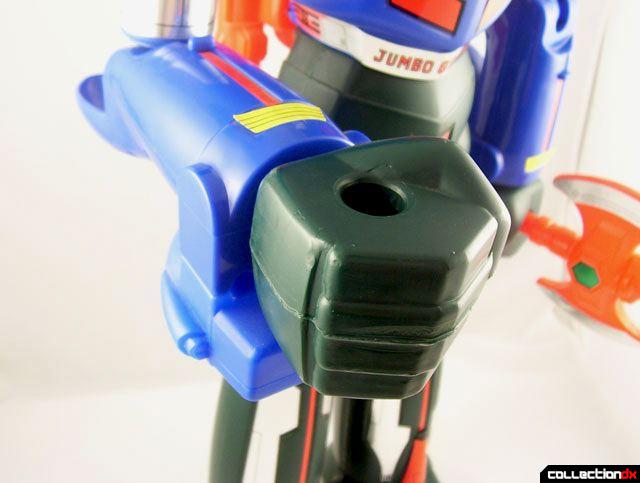 The box is mostly unremarkable, but it should be noted that it's alot bigger than the regular Popy Jumbo boxes. 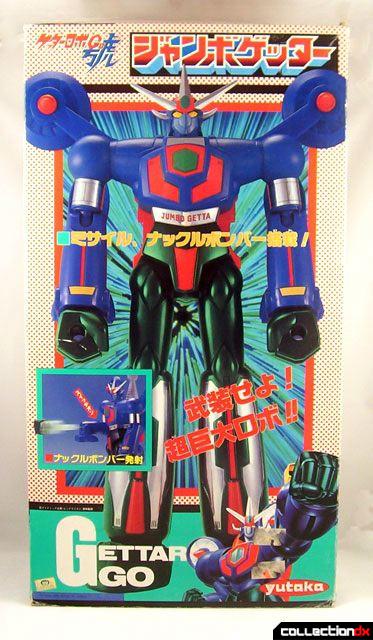 The Jumbo Getter Go was the only jumbo released by Yutaka and it is a pretty easy acquisition as far as jumbos go. Since it was released in 1991, it's much easier to find than older jumbos and does not carry a large price tag. 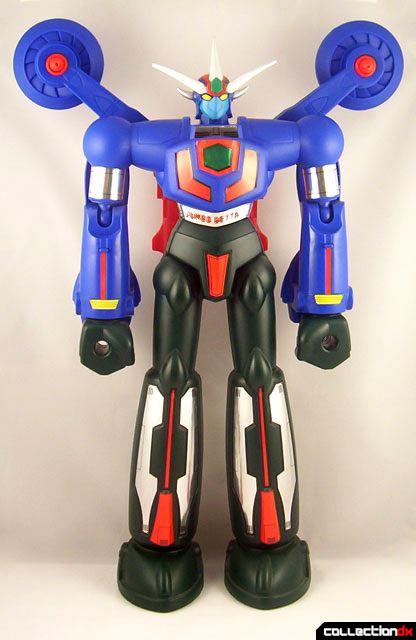 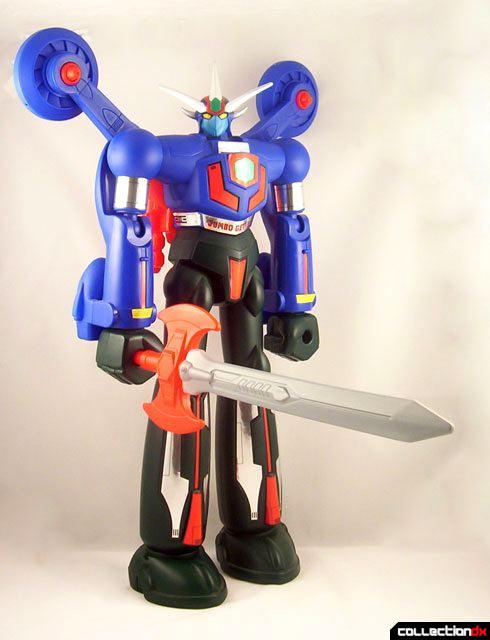 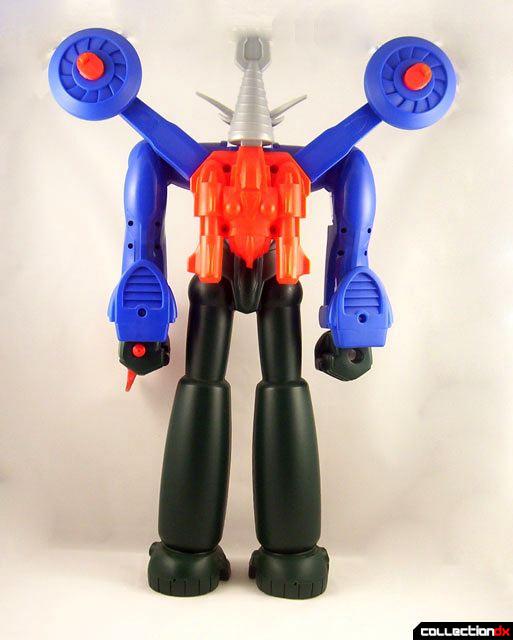 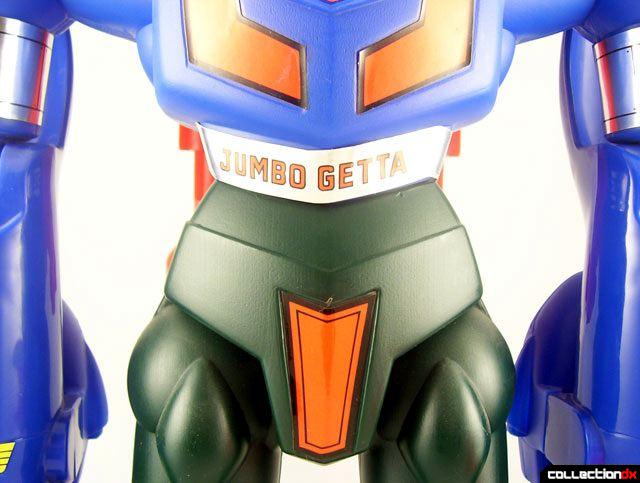 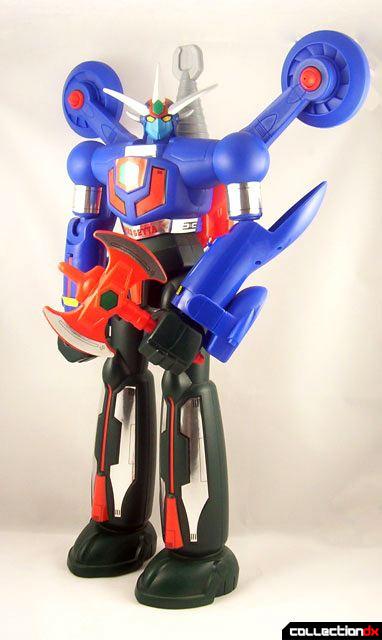 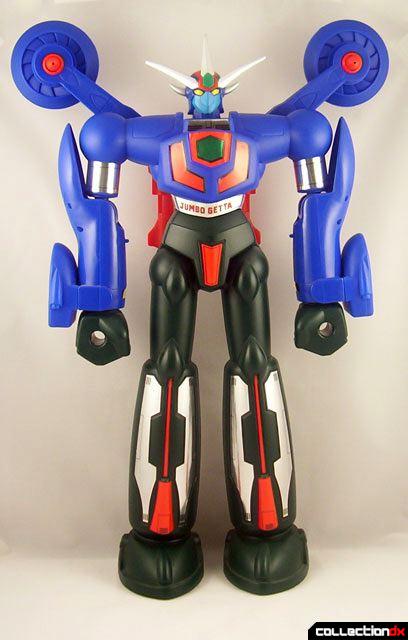 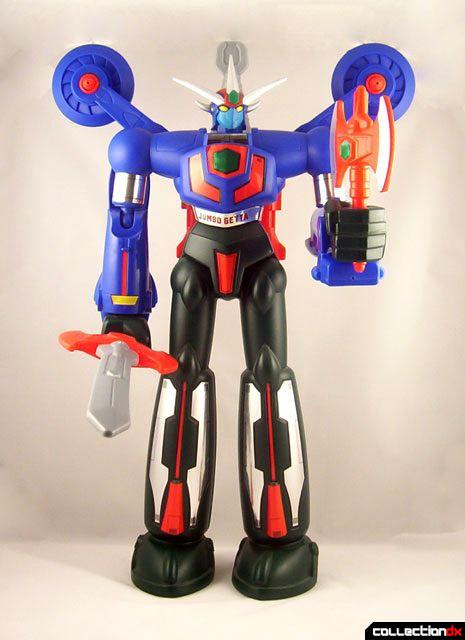 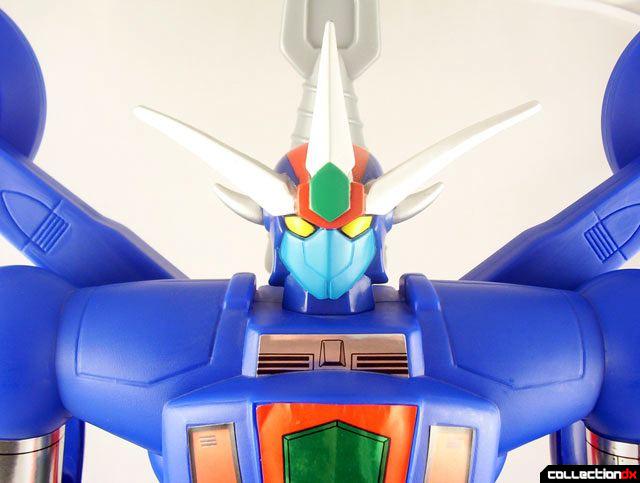 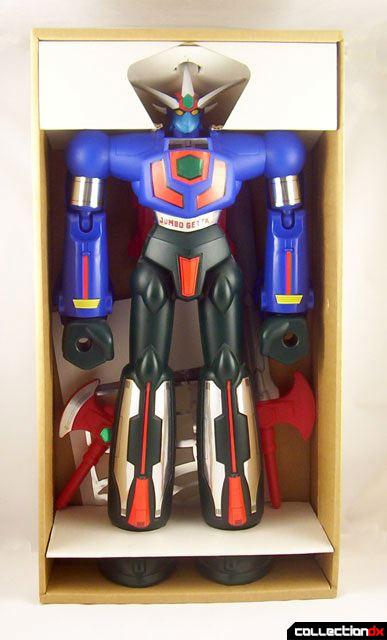