Kamen Rider Amazon (仮面ライダーアマゾン) was the fifth entry into the Kamen Rider series. The show aired from 1974-1975 and lasted for 24 episodes. 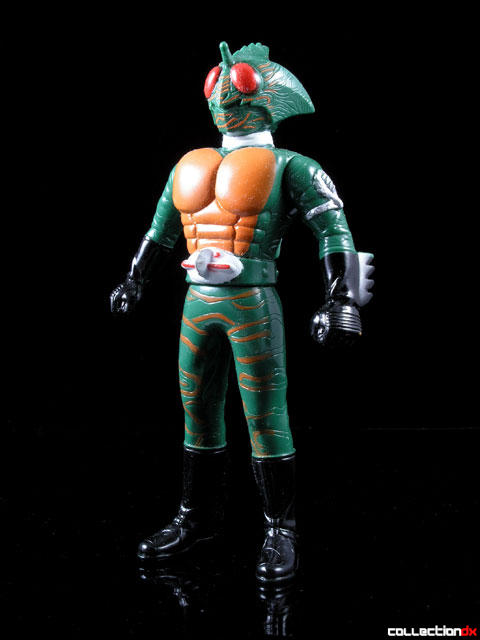 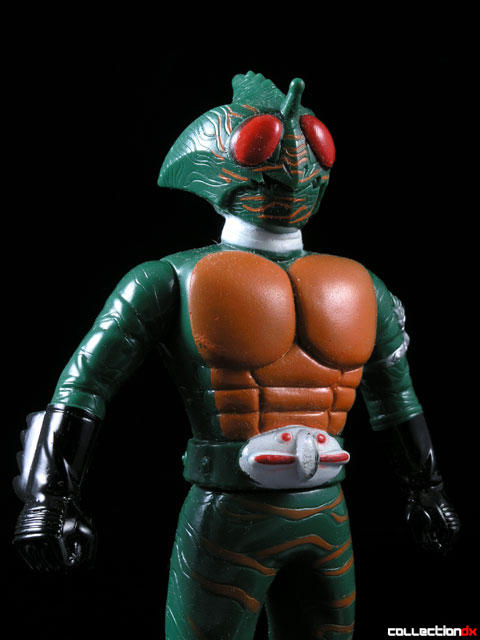 In 1990 Bandai created a series of affordable soft vinyl figures based on its popular Tokusatsu characters. In order to better organize the line, Bandai broke the figures into several different series, such as Ultraman Hero Series, Henshin Hero Series, and Kamen Rider Series. The figures are packaged in similar boxes and have similar construction. 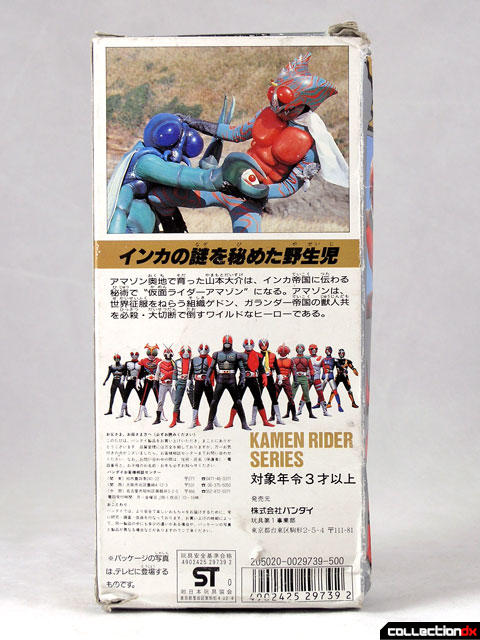 This figure, although a modern toy, has a nice vintage feel. The articulation is limited to the arms and waist, and the toy is made of soft vinyl. 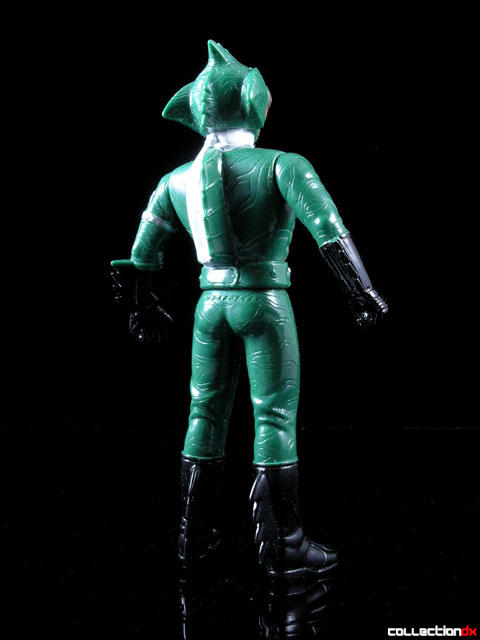 The finish on Kamen Rider Amazon is kind of sloppy, but for the price it is reasonable. One thing to notice when considering purchasing this figure is to look for wear on the front of the white belt. This part rubs against the cellophane window and often has wear in a MIB piece. 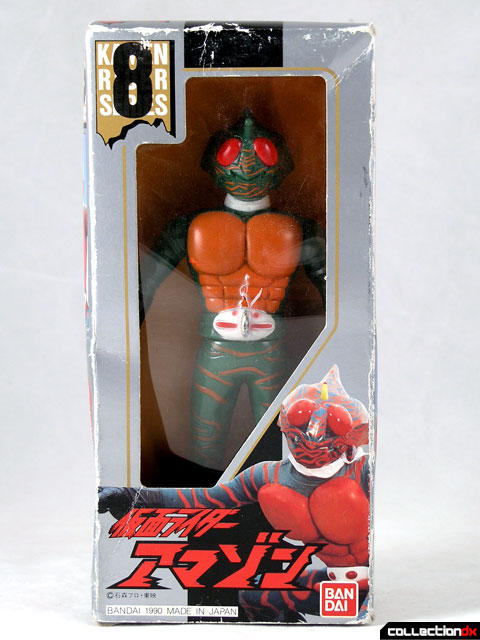 I've seen it a billion times but what does the ST on the back of japanese toy boxes stand for? I'm sure it's some child safety mark.

I am pretty sure the ST is a safety mark - that notates that the toy is acceptable for children.