The AV-98 Ingram was part of the short lived Cloth Gear System ( クロスギアシステム) series by Bandai. There were only two entries in the line, both from the anime Mobile Police Patlabor. The other labor released was the MPL97S Python (which has never since been made in toy form). 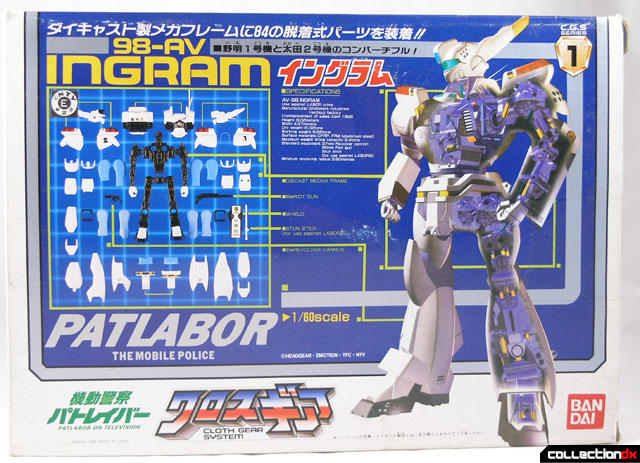 As much a model kit as it is a toy, the AV-98 Ingram consists of an articulated metal frame and various armor pieces that you add on to it. The armor all comes on plastic sprues and needs to be clipped off before assembly. 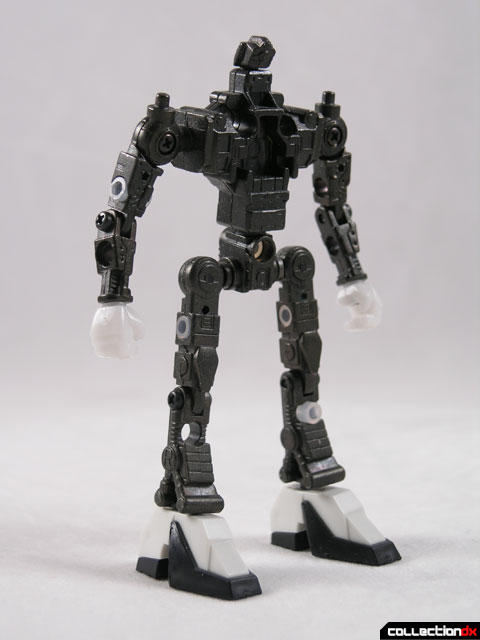 The die cast metal frame is exceptionally poseable, with joints that can be tightened or loosened with a phillips-head screwdriver. Each body part has a peg on the inside that allows it to attach to the metal frame. Unfortunately once all the armor parts are attached the poseability is very limited. 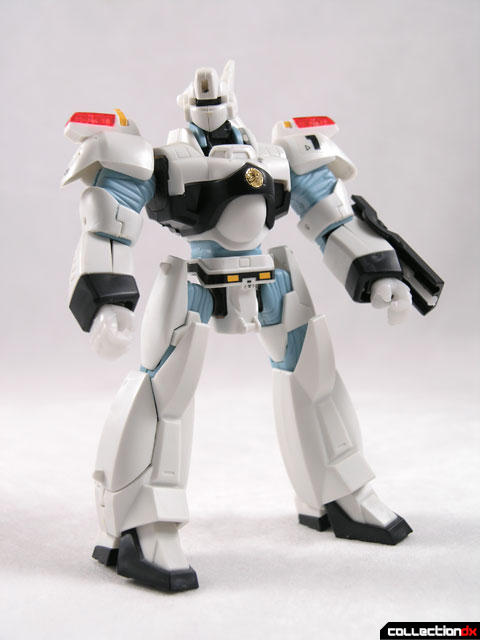 Still it is a pretty cool toy, and very advanced for the time. The Ingram comes with a few accessories, and even additional armor parts so you can make either unit 1 or unit 2. Some weapons include the riot gun, pistol, and stun stick. The pistol can be stored in the leg and the stun stick can be stored in the arm behind the shield. The right arm does NOT extend to reach the gun compartment like in the show. A few other nitpicks include the stickers not sticking on some parts well, and no green visors for the heads of unit 1 or 2. 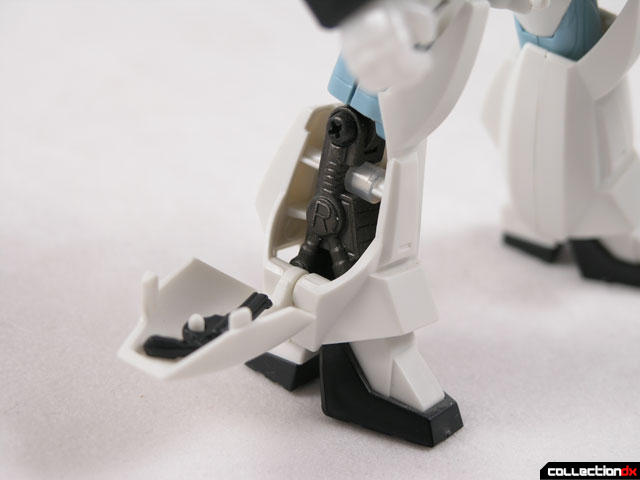 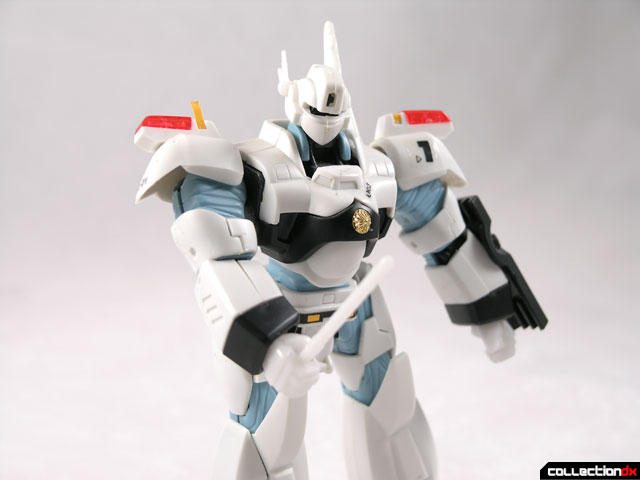 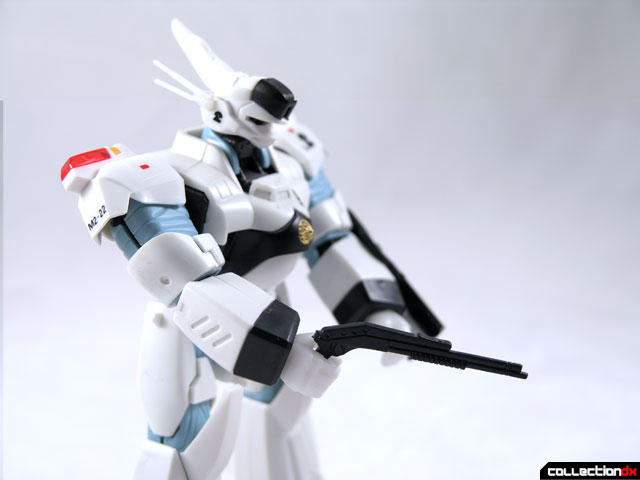 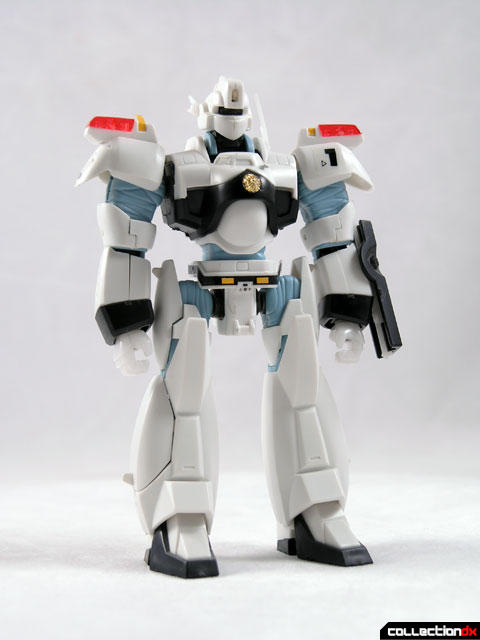 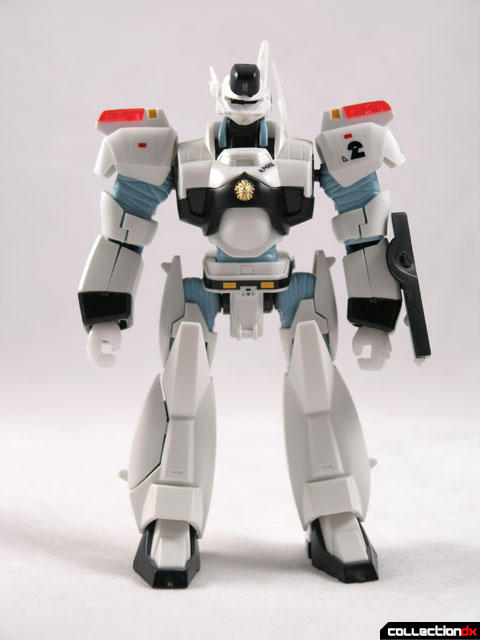 A word of caution – the plastic is not that strong and the pegs fit in rather tightly. I put my toy together years ago and it has been sitting on the shelves since. When I tried to remove some of the armor parts for this review, some of the pegs broke off and got stuck in the metal frame. Be careful about storing this toy with the armor on. 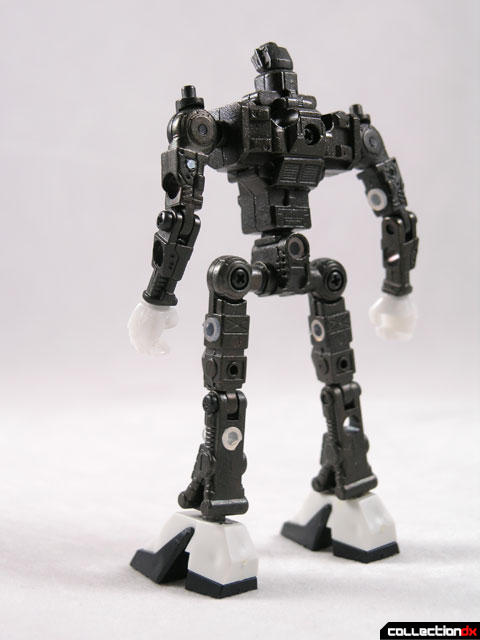 For a while this was the best Patlabor toy on the market. These days it is eclipsed by the Revoltech and CM's Corporation offerings. 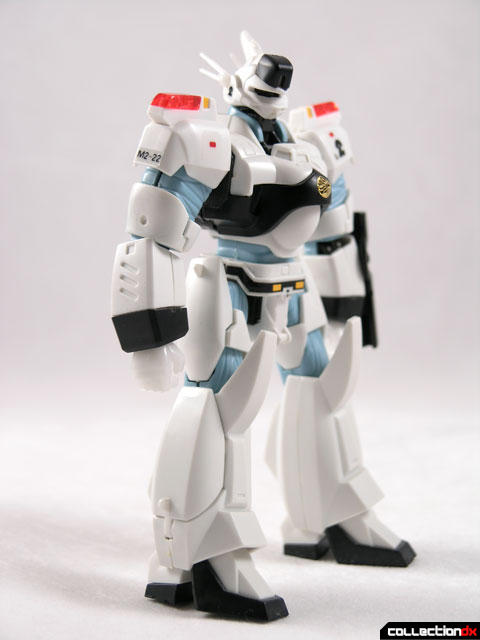