Mereo (メレオ) is the last of the Bioroids that i'm going to review (at least this time around). It's animal form is that of a chameleon, which was of interest to me because my daughter just recently had a chameleon. I was able to compare the animal forms and got a greater appreciation of the attention of the design.

Mereo serves the reconnisance function of the Deltaforce. He's not a fighter and is often bullied, and therefore longs to defect to the Trianforce.

The box is as awesome as the others. 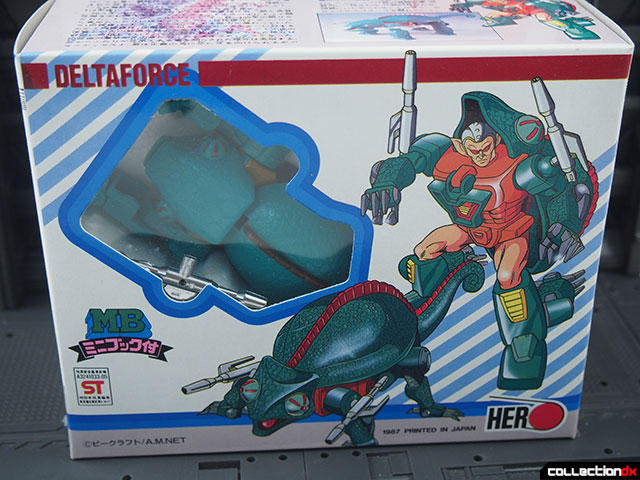 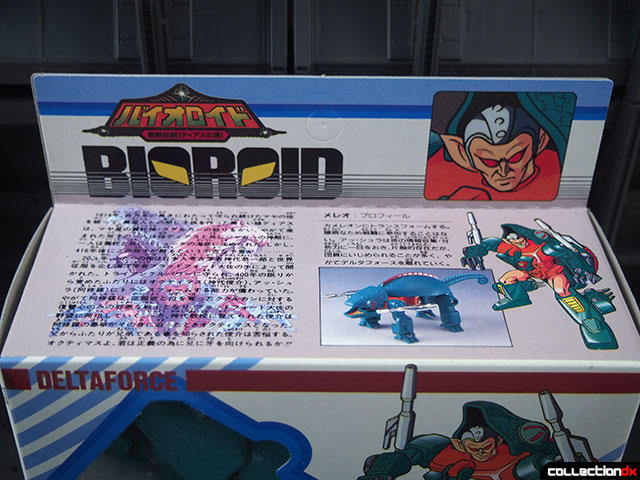 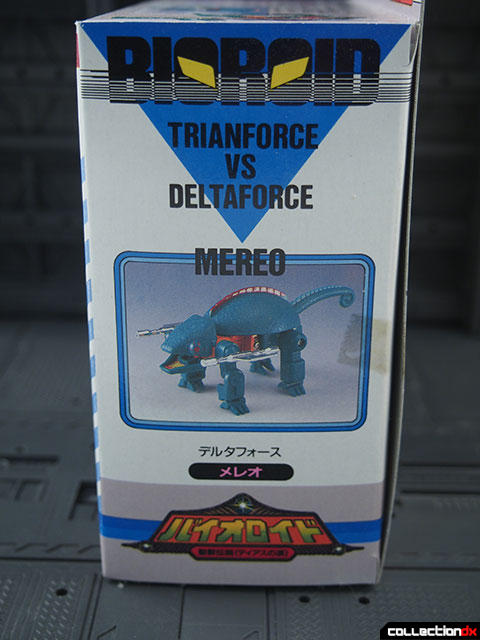 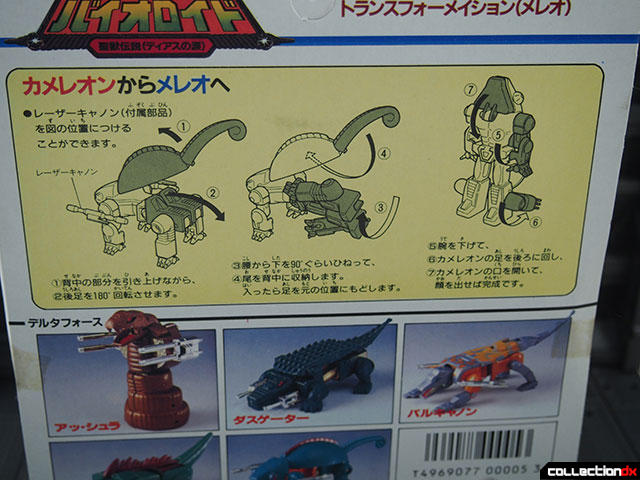 In animal mode, it looks very much like a Veiled Chameleon. It even has the split feet, a nice attention to detail. One thing my daughter's chameleon lacked was the weaponry. 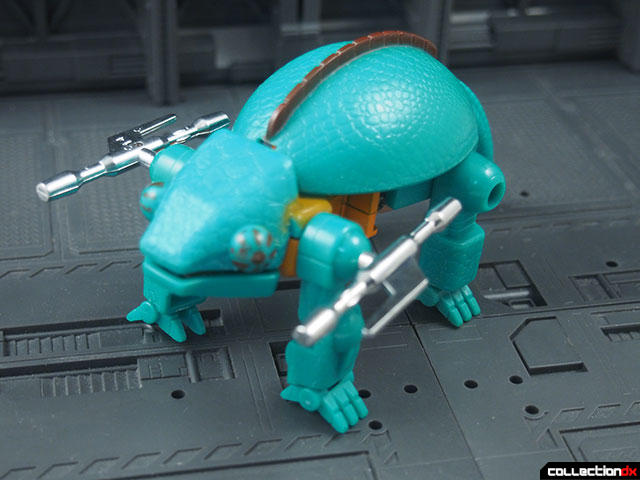 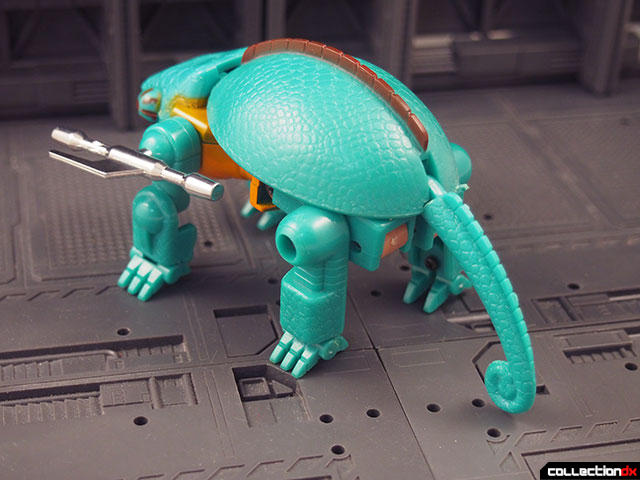 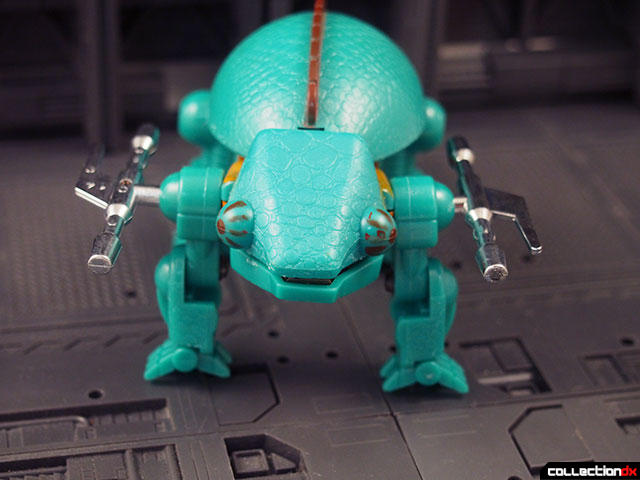 In robot mode Mereo is one of the more interesting looking. The head looks like an evil elf, with large pointy ears. 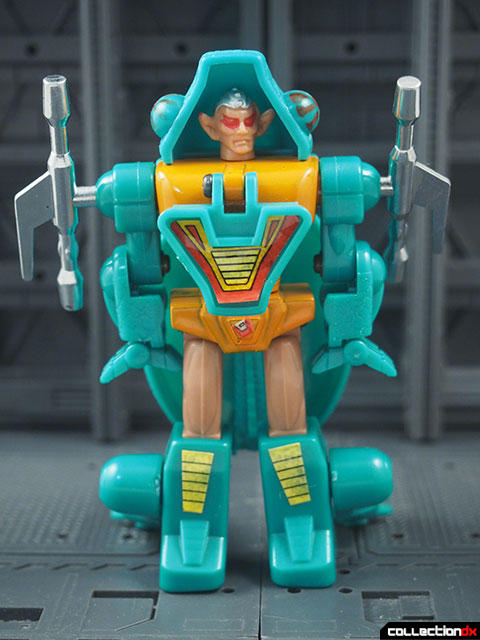 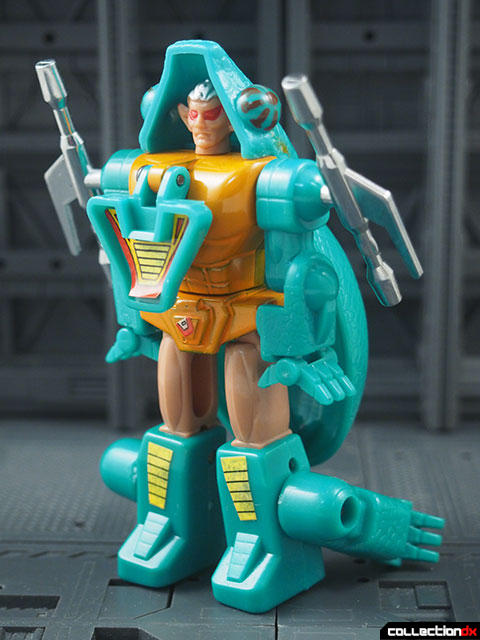 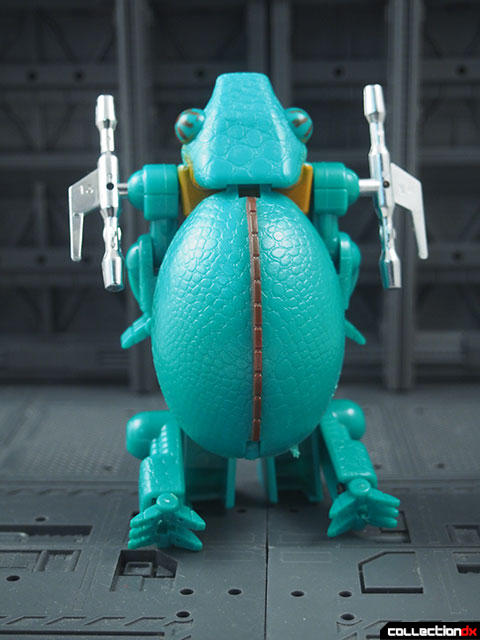 Articulation is decent with shoulders, elbows, hips, knees, waist and head. Still, you can only do so much with these. 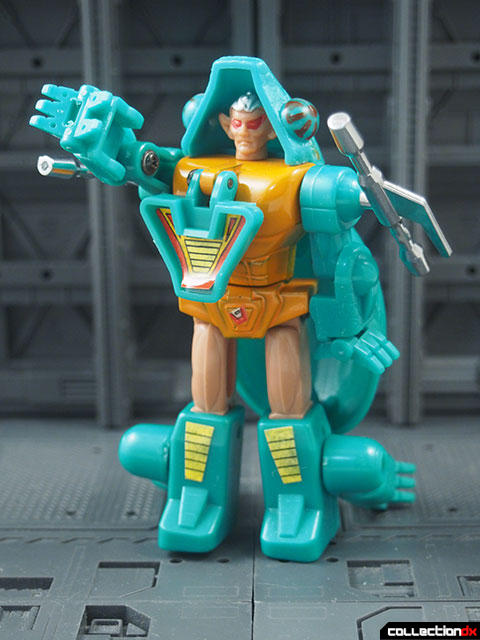 I'll be honest - the original draw of the line was the relative obscurity and the amazing box art. The toys themselves are lackluster but I really enjoyed the process of discovery with them. They are not the sort of thing I will display, or even keep in the long rung, but they were an interesting subset to explore.

Awesome! Great to finally see the origin of my bootleg.

Another nice review!
Mereo another simple but cool looking Deltaforce member, his bulky and has a good colour scheme. One thing I noticed with not just this original Japanese versions is the common international versions they have the robot head is always slightly already turned to the left side, making him look that way all the time and its not being exactly sure if you can turn the head the right side, I think its possible you can snap the neck if doing so which is unfortunate.

All and all another reviewer like you do great reviews of the whole Deltaforce toys, it was fun to view and read!!

I can't believe you didn't put your daughter's chameleon in one of the pictures... or did you?!?