The Bionic Six was a really cool show at the time. It had an anime type feel with American storytelling.

American toymaker LJN had the toy license for Bionic Six, and decided to do something unique with the line – each figure was to be made out of diecast metal. These were American Gokin.

The figures themselves were ok. They were about G.I. Joe-sized, and made out of metal, but in my opinion they suffered from poor sculpts, and looked nothing like the characters on the show. The standout toy of the line was their robot monkey F.L.U.F.F.I. 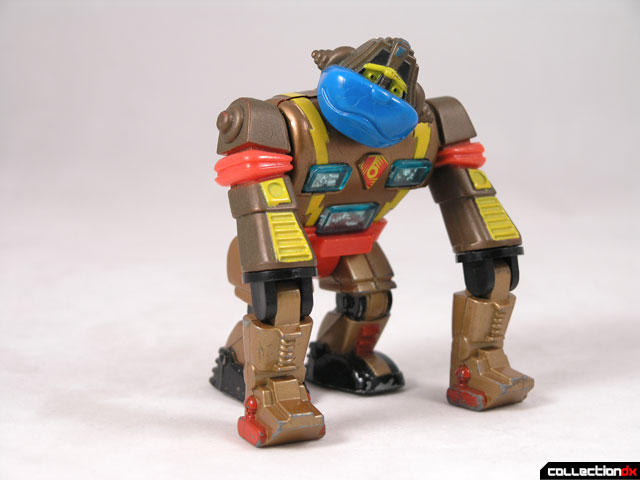 F.L.U.F.F.I. was a giant diecast robot ape. The entire body, legs and lower arms are all metal. The head and upper arms are plastic. The toy has small transparent plastic panels that allow you to see the circuitry underneath. 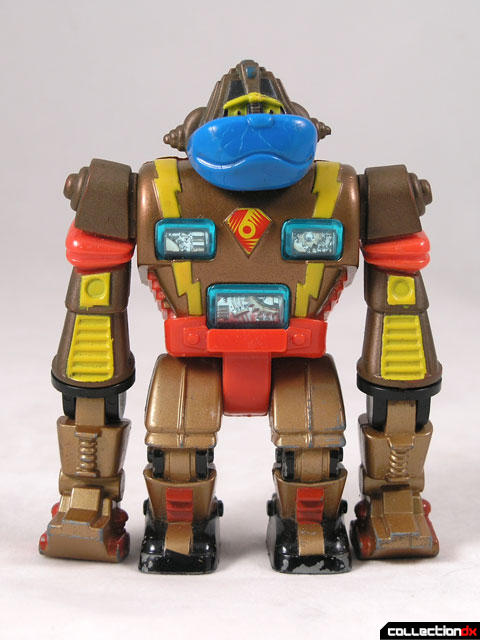 Apparently the F.L.U.F.F.I. toy was hard to find during the first release of the toys, but subsequently became more common during later releases. 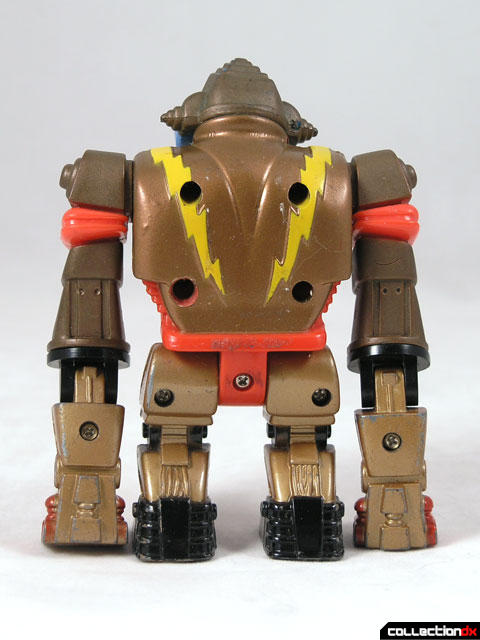 While doing research for this toy, I found out some things about Bionic Six I didn’t know. One unusual fact is that all the character design was done by comic legend Mike Vosburg. Secondly, Bionic Six was very popular in Korea (Another similar American show, the Mighty Orbots, was also popular in Korea).

While this toy is common, it can be hard to find unbroken and nearly impossible to find mint on the card. This figure is often found with the legs or lower arms broken off. 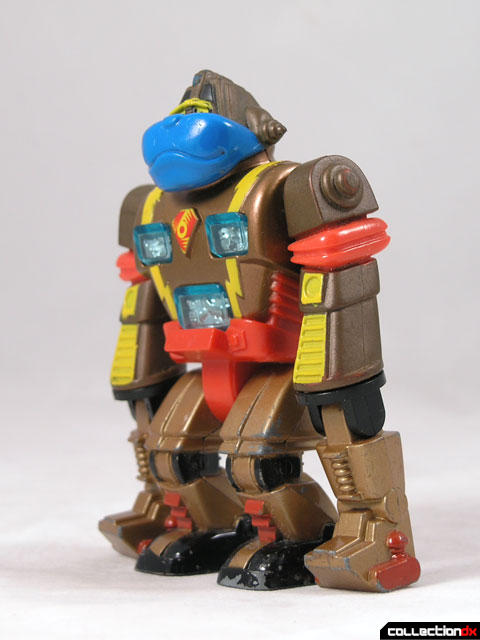 This was a great quality diecast metal toy that really captured the spirit of Chogokin.