For my fourth Bioroid review i'm going to talk about Dusmania (ダスマニア) The reconnaissance wing of the evil Deltaforce. The animal mode for this character is the Iguana.

Dusmania is armor plated and good at close-quarters combat. I think he is sort of the "Starscream" of the Deltaforce, as he is the one calling out the failures of their leader.

I know I keep going on and on about the boxes for these, but they really are phenomenal. I would not be suprised to learn if these boxes cost more than the toys to produce. The toys are really lackluster, and they probably sold on the lure of the box art alone. 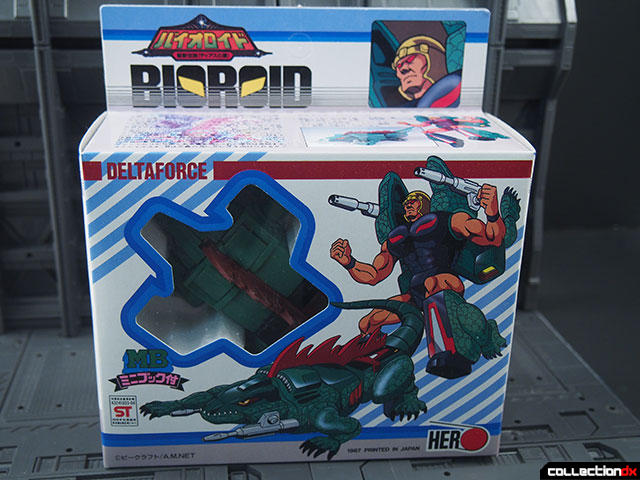 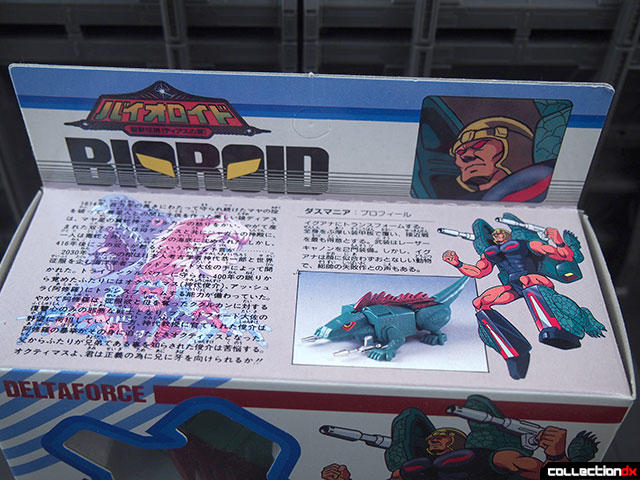 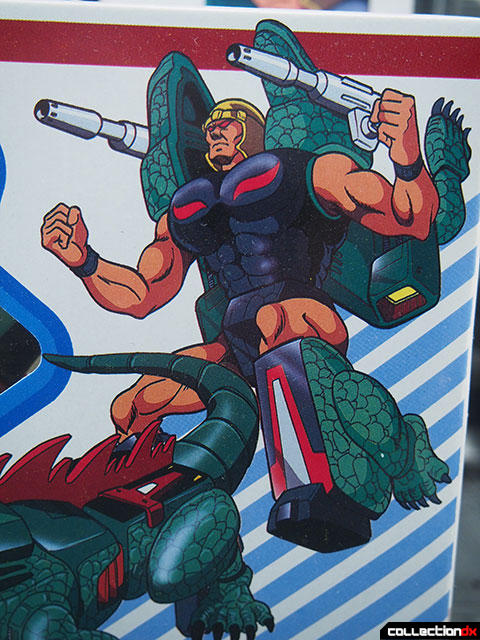 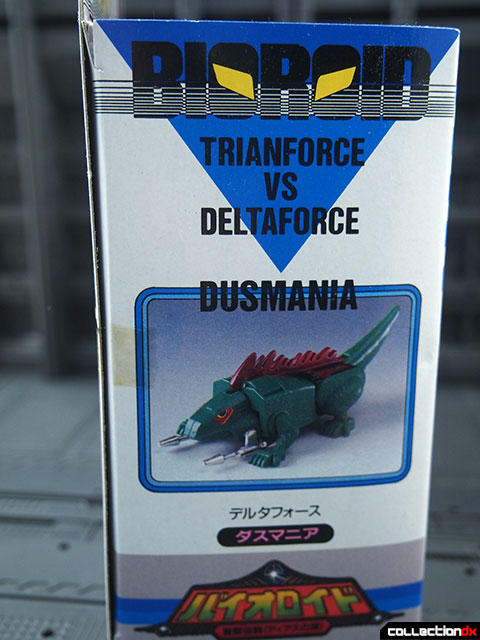 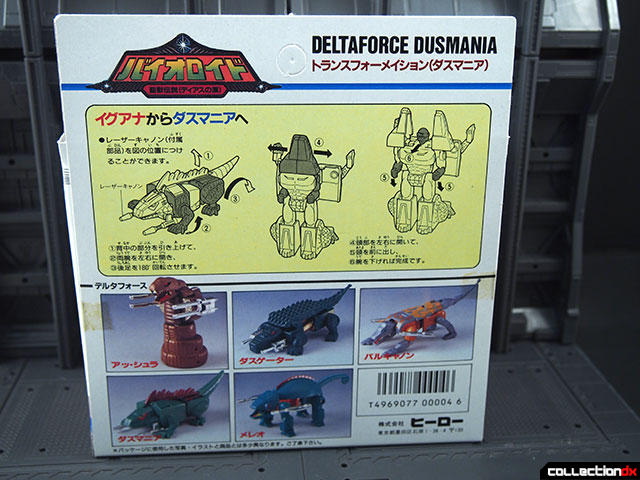 Look at that hefty chunk of styrofoam. Isn't it glorious? 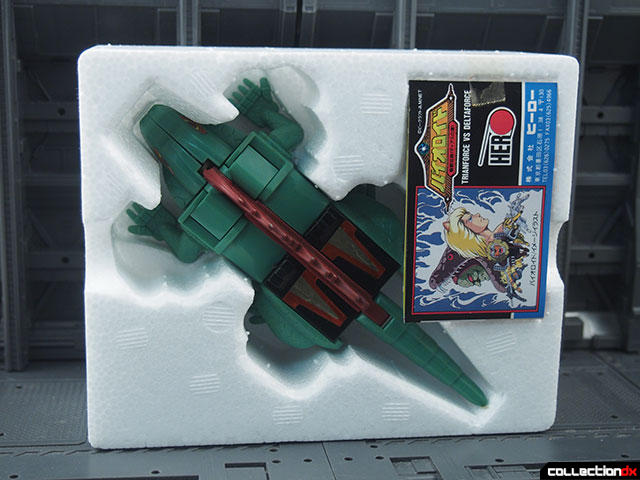 Animal mode for Dusmania is fantastic. I think it really holds together and you can't see a lot of the kibble underneath. 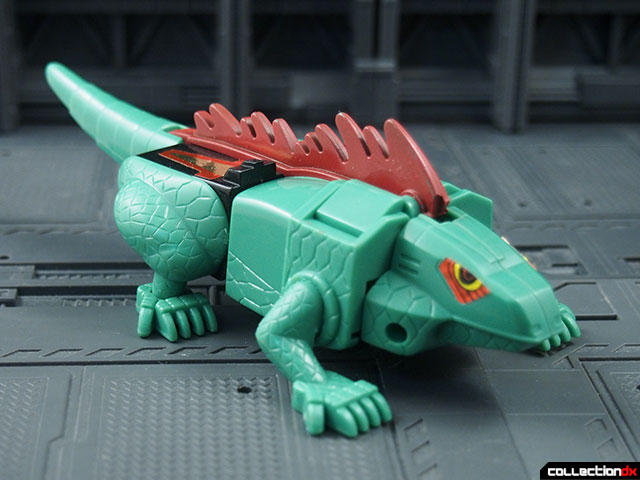 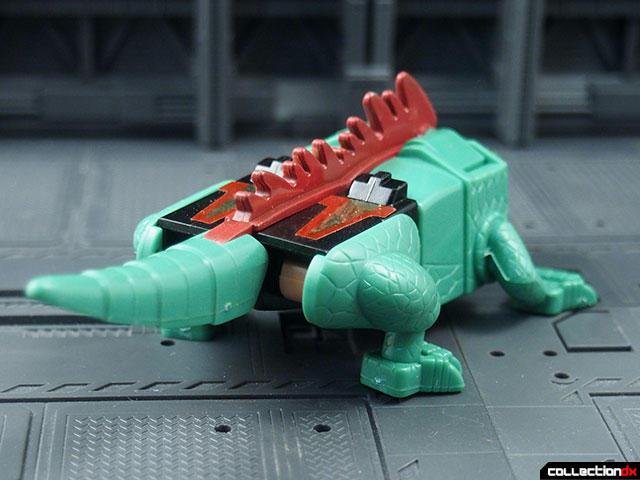 Like the others, Dusmania's very G1-esque chrome weapons can attach to either side of the head. 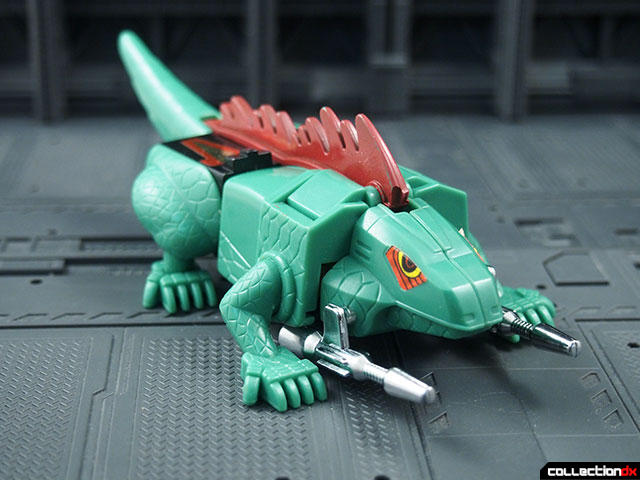 Bioroid mode looks good as well, maybe one of the better ones in the series. He looks pretty coherent from the front, but from the side there's the big tail and assembly that just sort of hangs there. 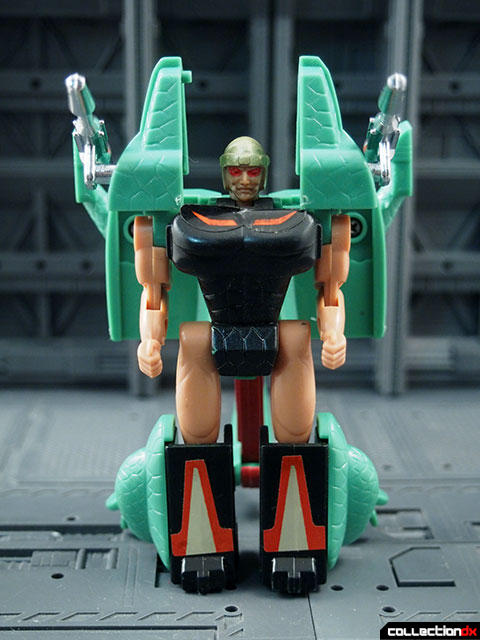 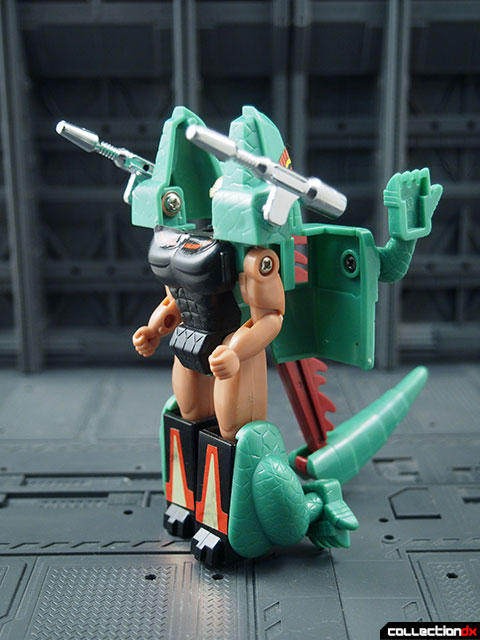 Articulation is surprisingly not bad after some of the others. 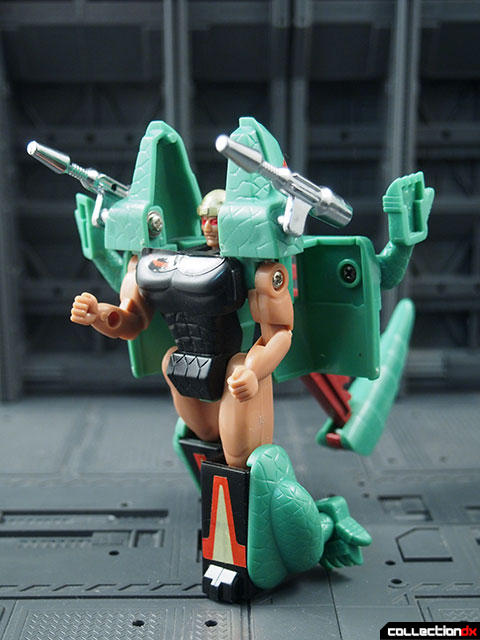 The head on this one is still evil looking, but very similar to the others in the line. 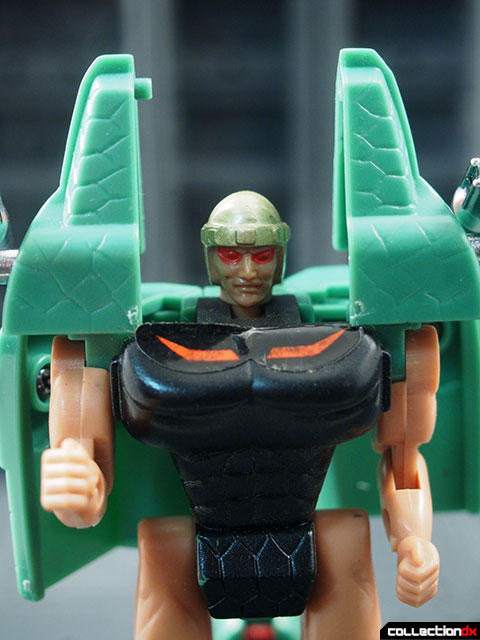 There's one more left for the Deltaforce...

I really love Dusmania's whole design and colours out of the Deltaforce. It has a cool sort of Dinobots transformation with the back reptile parts flipping out like wings. I also love the way how the reptile head parts split in half while turning his weapons around to face forward in Bioroid mode and that spikey spine is awesome!
The head sculpt indeed is like the other members, evil and sinister looking.
The stickers are great on Dusmania too, nothing peels off that easily at all.
Overall one of the more stronger and excellent Deltaforce member toys and well done with the review!

I like his sculpt. But from the side, it's also annoying that you can't see his head past a certain angle.