Dusgator (ダスゲーター) is of course, based on an Aligator. He's another member of the evil Deltaforce, hell bent on the destruction of the Trianforce. If you haven't noticed, all I have are the Deltaforce characters of this line. I'm not quite sure how that worked out - I guess I won a lucky auction. I just love these odd toys lost to time.

Dusgator is listed as a "Leader" (総師) which conflicts with what I learned about Asurah, but who knows. Either way, I think he's great looking.

The box and box art are awesome. Also cool that it comes in a styro tray. 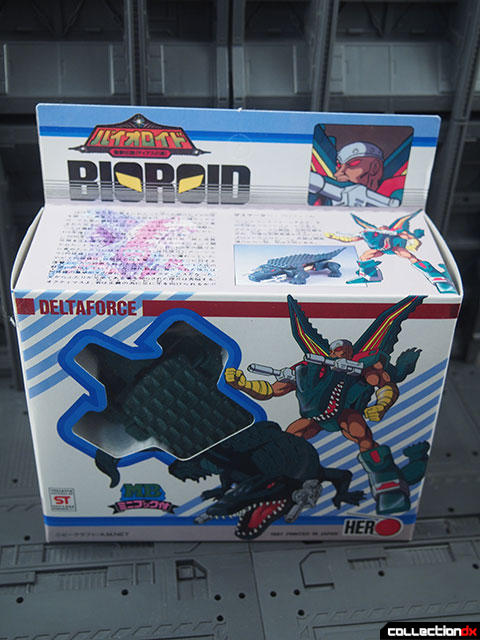 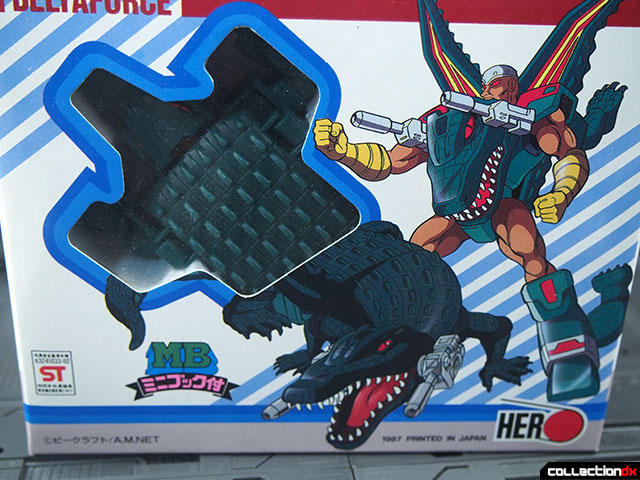 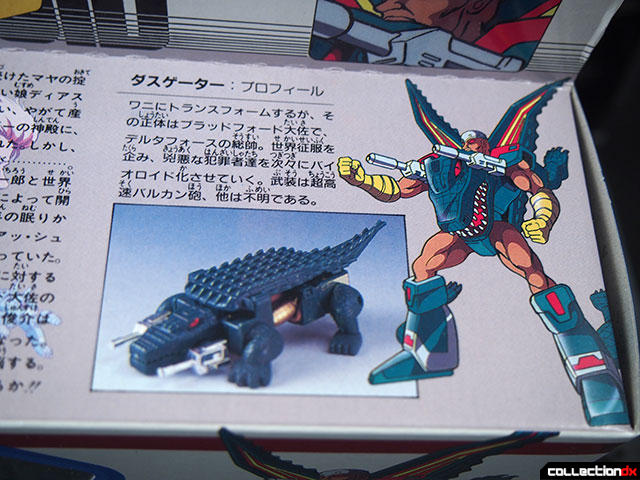 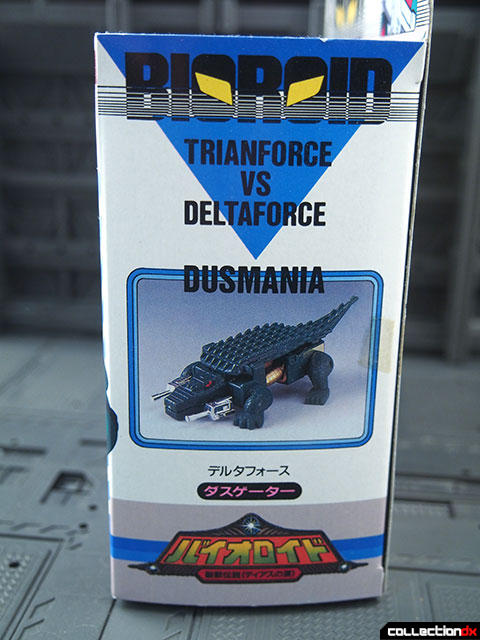 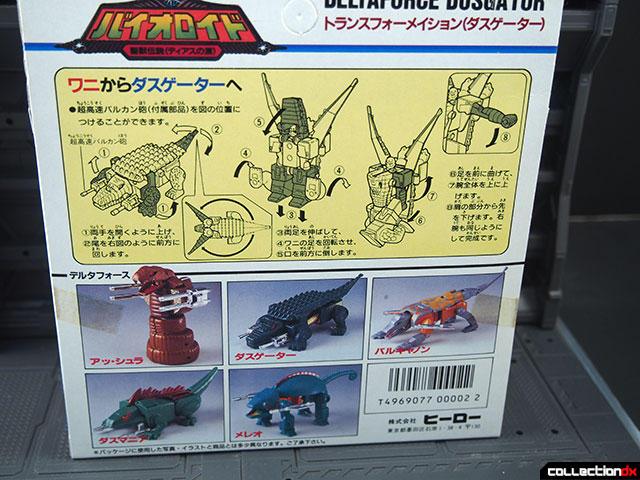 Aligator mode is rather fierce looking, with a great texture on the back. The two Vulcan cannons can plug into either side of the head. 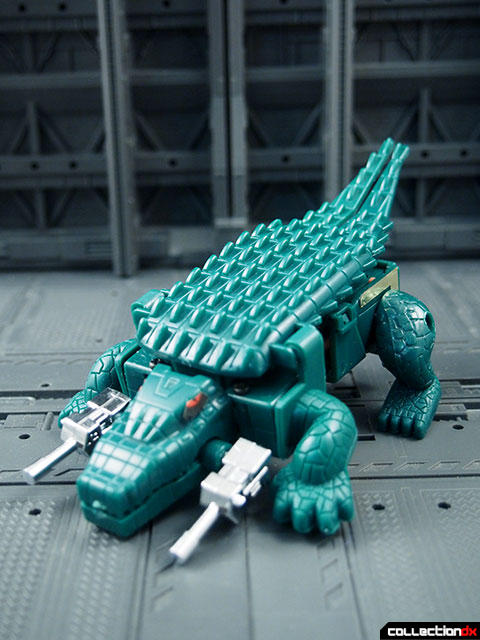 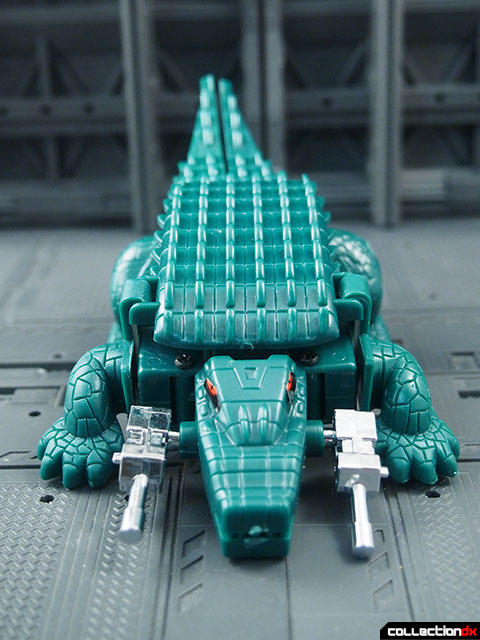 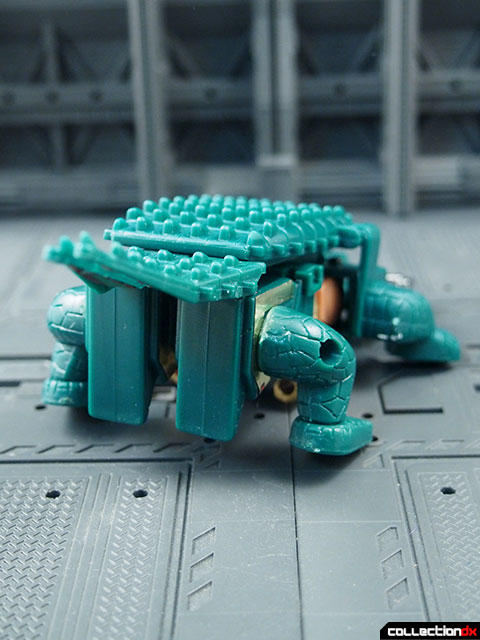 Transformation of this one is interesting, with the tail splitting and becoming wings around the figures back. But what's this I see printed inside the tail? 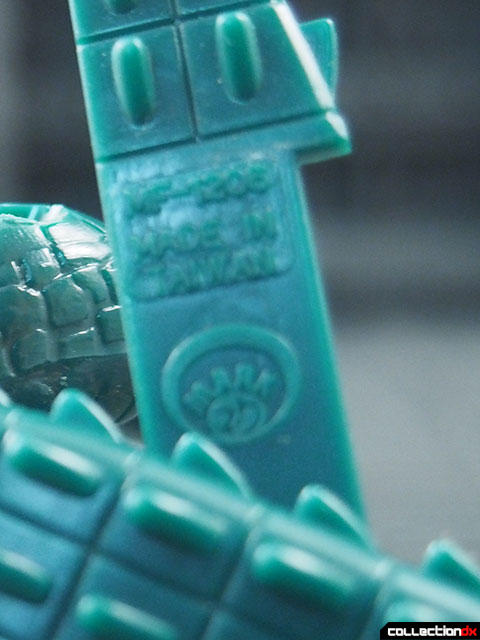 Yup, that's the MARK logo! But I thought these were by HERO? Were these released by MARK, then re-released by HERO? Did MARK plan them, but went out of business and HERO bought the molds? Or was HERO a spin-off from MARK? My mind is reeling here.

Either way, Bioroid mode is very cool and aggressive looking. The cannons can be held in either hand. 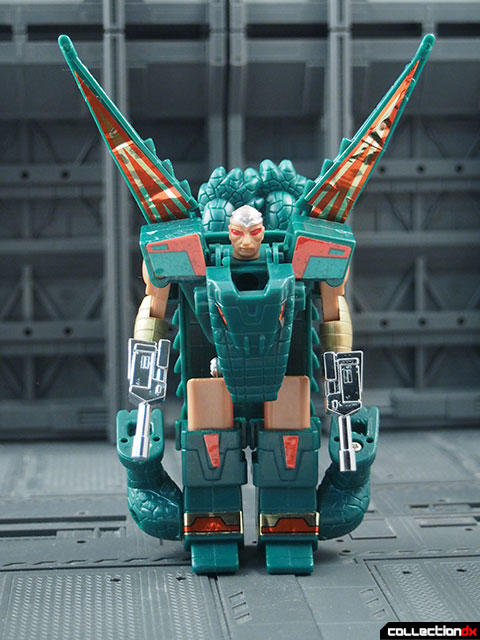 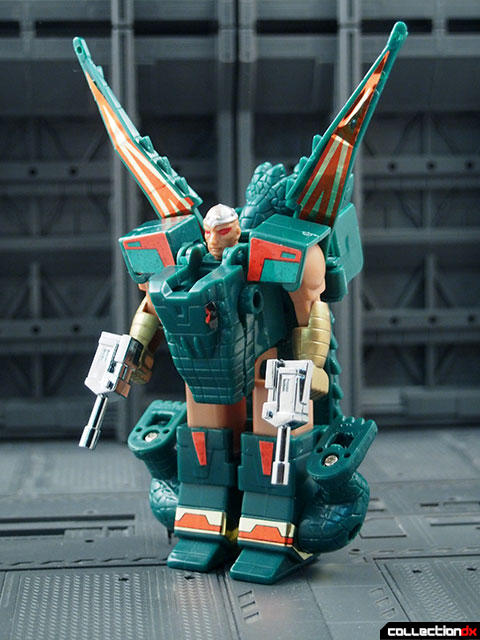 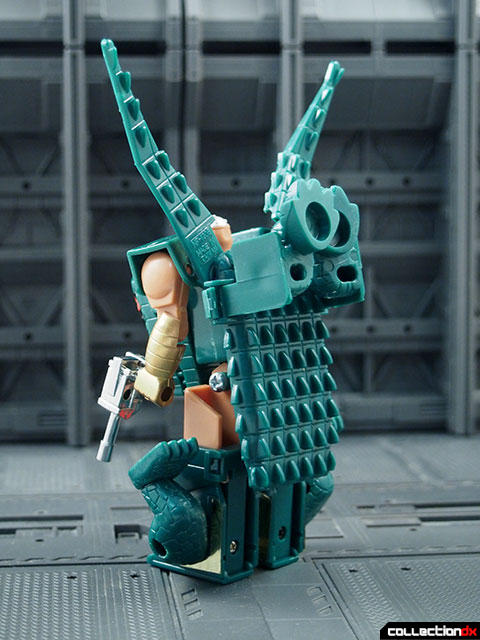 The head on Dusgator actually has a clear dome. Yeah, the paint is crap on the head, but you have to admire the effort on a cheap toy. 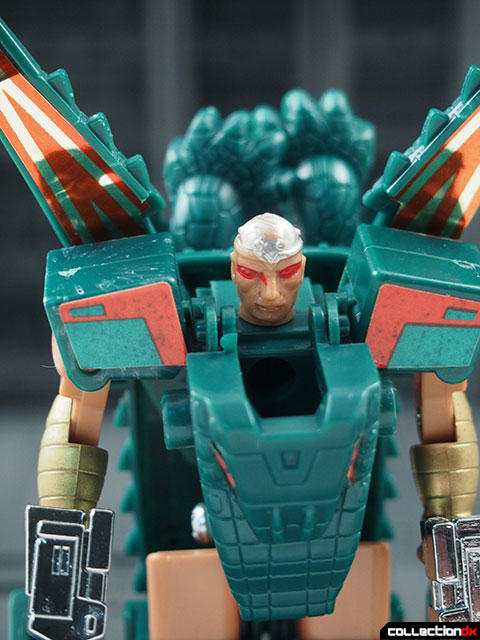 Nice review on Dusgator! He is my second favourite out of the Deltaforce.
He has a great design, pretty complex transformation, nice paint job, cool weapon accessories, and very cool shiny chrome stickers!
With your question who made them, you pretty explained it from my belief that they were made originally by toy company "MARK" who probably were going out of business not long after and then "HERO" came along to market the BIOROID line for them.
Only thing you must watch out for, for all these toys is you must take extra care when playing or transforming them because they are so fragile, brittle, low quality, and sometimes tight to the point you don't want to force anything too much which will result in breaking them!

At a glance, he reminds me of Rattrap from Beast Wars. Wonder if the designer at Kenner ever saw this figure.

I noticed this guy has the same engineering as the T-rex from Dino-Squad.