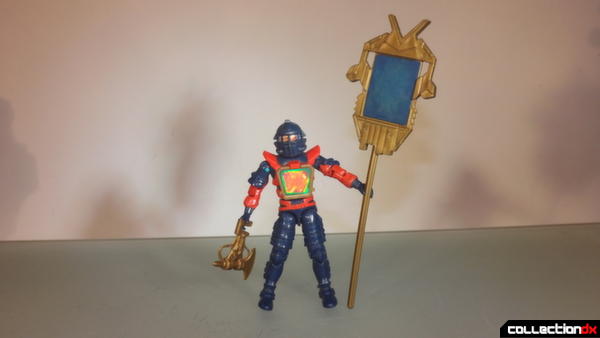 But all 80`s shows and toys had gimmicks, for the Visionaries it was holograms.

Each figure had an animal totem holographed on their chest representing their personalities, and in the show they could transform into that animal for a short time.

The Visionaries followed on from Transformers and GI Joe, created by Hasbro and brought to the screen by Sunbow Productions, sadly Visionaries only lasted 13 episodes when Sunbow`s contract was not renewed.

I intend on reviewing the entire Visionaries line, 12 figures, 4 vehicles.

First up is Lexor, the cowardly Darkling Lord. 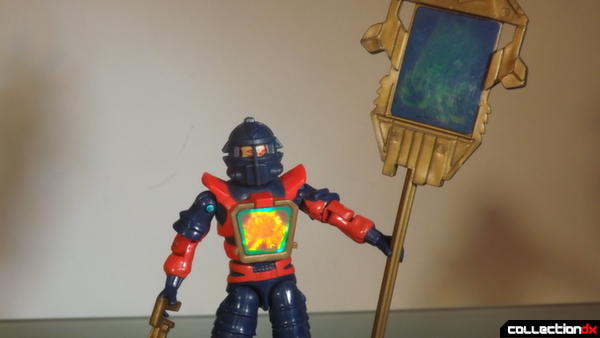 Lexor was given the totem of the armadillo due to his "turning cowardice into a defensive art" in the words of Merklyn.

He also has a staff with the power of Invulnerability, summoned by the spell - "The arrows turn, the swords rebel; let nothing pierce this mortal shell!" 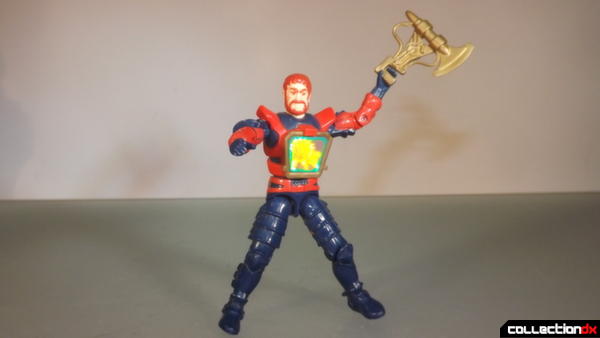 This set includes the figure, his chest totem, a helmet, an axe like weapon and his power staff. 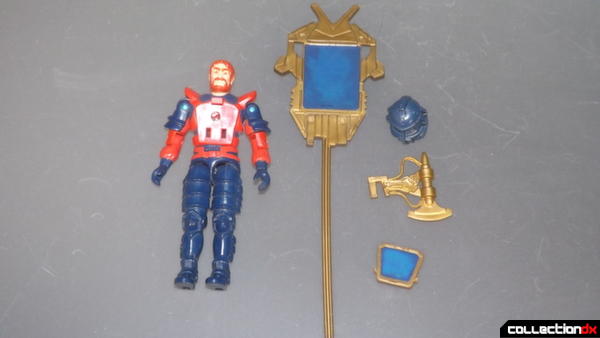 The chest totem can be removed from the figure and clicks in securely, the axe and staff can be difficult to have the figure hold and the helmet fits a little too snuggly over his head but it reminds me of the M.A.S.K. helmets. 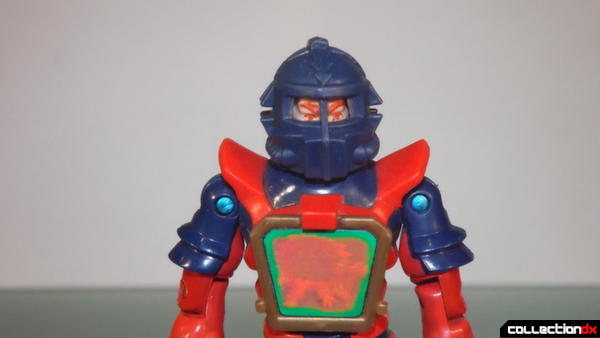 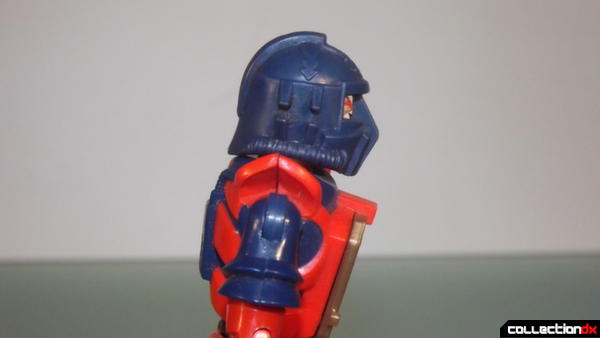 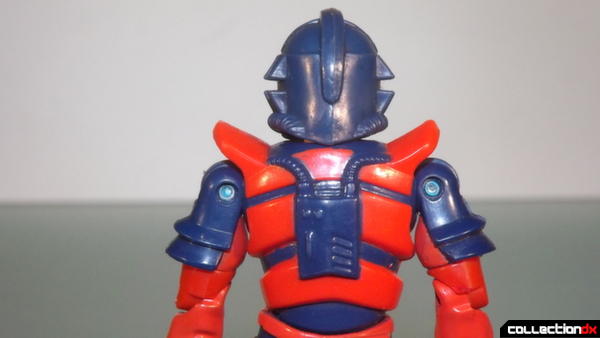 Articulation is quite good for a toy from 1987, it has similar joints to a GI Joe figure, so you can move the arms forward, back and out, and they have a single elbow joint.

The head is on a simple ball joint, the waist has that GI Joe rubber band joint system, so you can get a good range of motion from it.

The legs are similar to the arms, the hips can move forward, back and to the side, but like the arms they`re limited by the toy design.

I found it very difficult to get these figure's to stand on a flat surface, which is why most of them are leaning forward with the legs bent as it's the only really stable position. 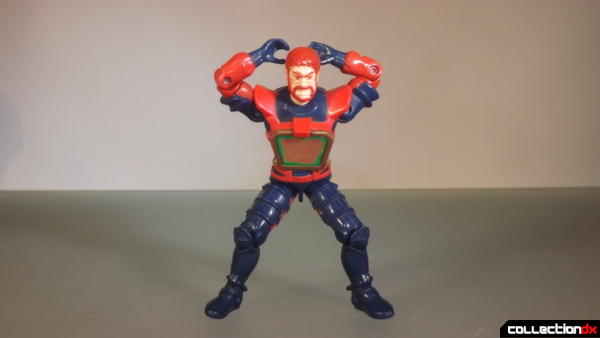 The design is quite close to how the character looks in the show, the face is a little dodgy but this was the 80`s and the toys did cost a lot to make.

The armor is nicely molded all over, you can see the techno-knight influence. 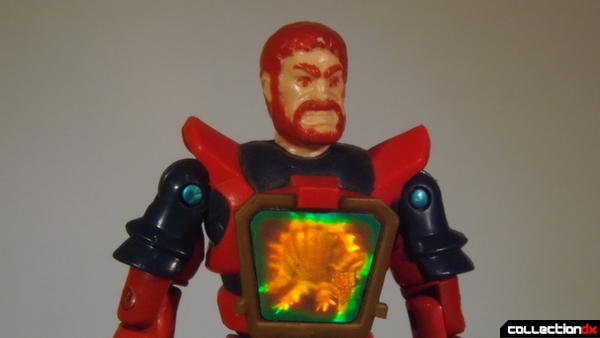 Lexor has a face even a mother wouldn't love.

It`s funny how Hasbro tried to make him look menacing when he`s such a chicken. 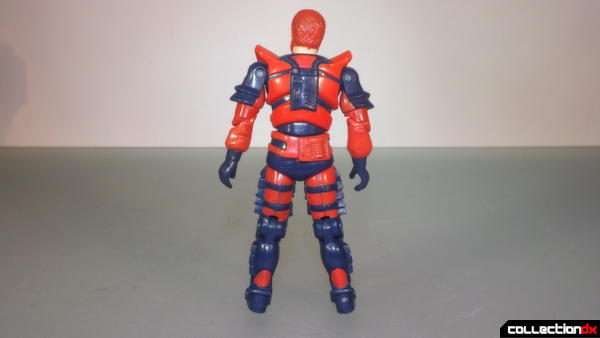 I had great difficulty taking pictures of the holograms so that they would show up on camera.

I`m mostly winging it, so bare with me as i go through this line.

The staff is unique in that it has two holographic pictures, the standard Darkling Lord Dragon symbol and the Invulnerability totem. 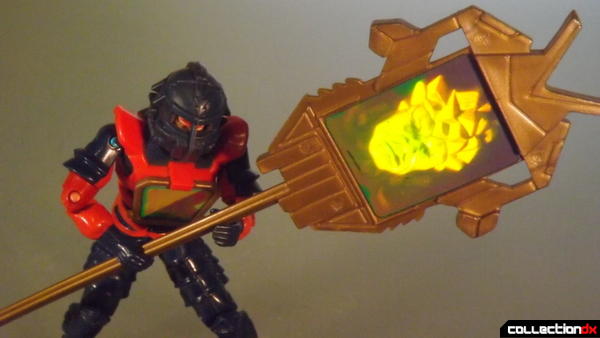 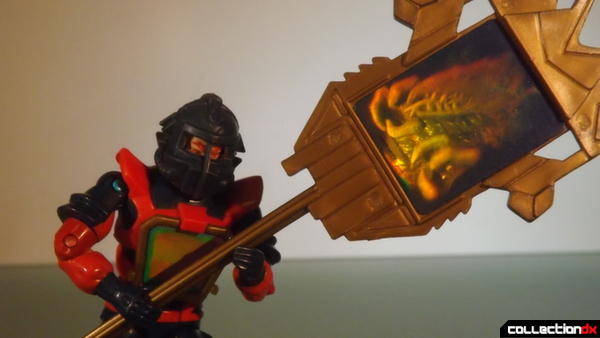 Some of these figures and vehicles are cheap to find on ebay, but they`re mostly incomplete, so you`ll have to look around.

A lot of them have damage to the holograms due to being played with or exposed to the sun.

The show itself was only released here in the UK on region 2 DVD, containing all 13 episodes, so you`ll need a region 2 or region free DVD player to watch. 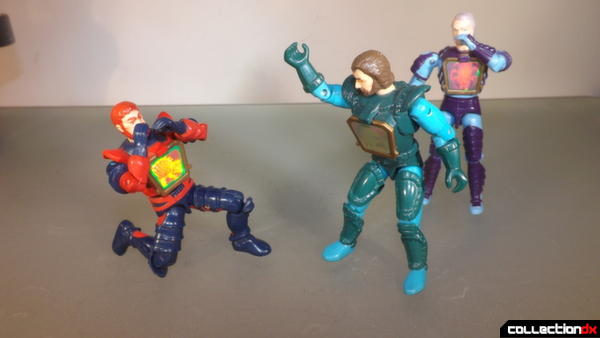 Here`s some previews of reviews to come. 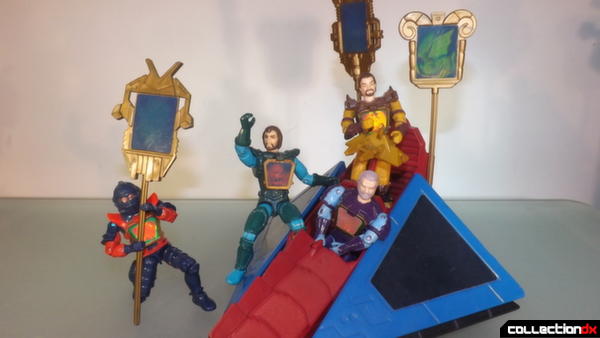 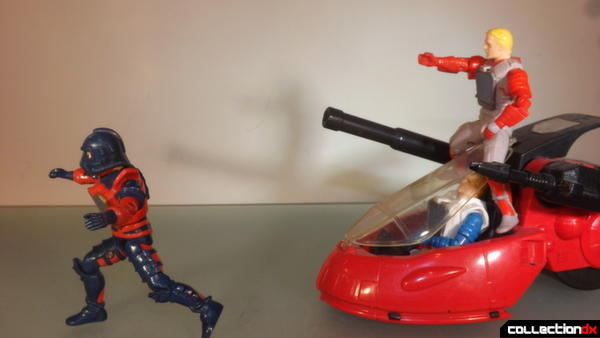 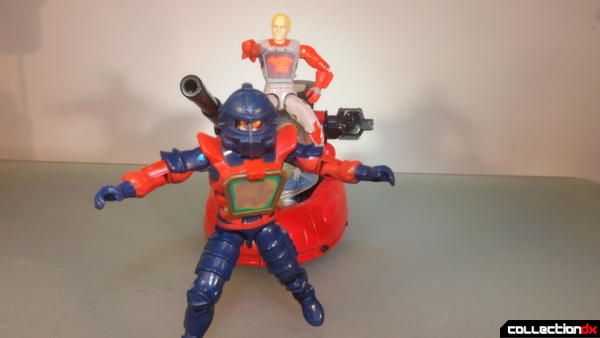 7 comments posted
Very cool to see some of

Very cool to see some of these '80s lines getting some attention on the site! I've got a couple in mind to do myself. I had a few of these as a kid but certainly not all so it'll be good to see what I missed on.

Yup the dude with blonde hair is a straight up Matt Tracker.

So happy you are covering these. I've been eyeing these damned things forever, nearly ready to pounce. The respite to my wallet is appreciated.

Looking forward to the rest!

ive always had a little affection for this line, and centurions too (which i have plans to collect at some point)

if you ever see a complete reekon figure let me know (every time i see one in the UK its going for £80+ and i cant afford that) or failing that if you see his helmet, weapon and chest totem let me know again, the one i have i bought in a job lot and its missing those 3 things.

How I wish they would revive the show and make the knights really turn into their totem counterparts. THAT would really rock :)

Unfortunately these figures suffer from the plastic degradation disease, seems to effect the figures that use darker blue and black plastics. Collect with caution!

Hmmm, I don't recall him being a redhead in the series. I only had Leoric, and he had some of the plastic problems Laserion83 mentioned.