Cravex has a temper and is more scavenger than knight, voiced by Chris Latta, who gave him the voice of Starscream from the original Transformers. 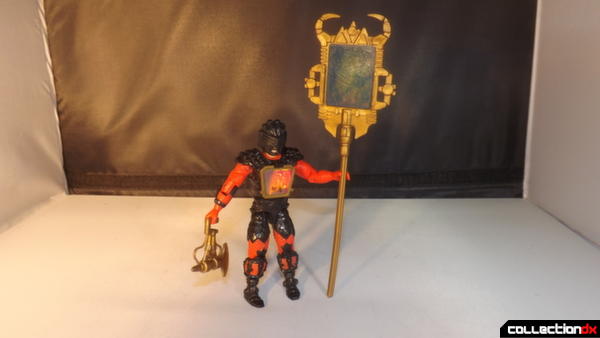 Cravex`s totem is a Phylot, a kind of giant Pterodactyl creature refer by Merklyn as "The only airborne scavenger on Prismos".

It's one of two totems that were created for the show, the other being Darkstorms Mollusk. 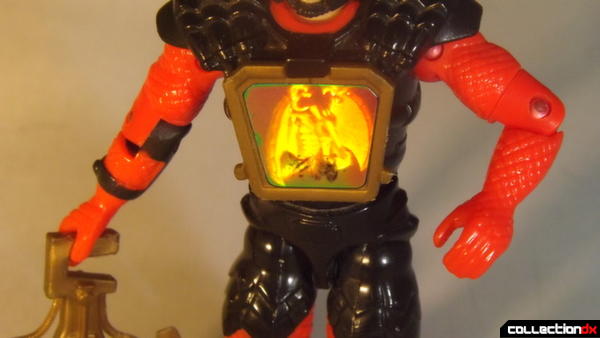 His armor is black over a bright red body suit, on his right arm he has what looks like a sharks fin on his forearm.
He has more wiring and tubing detailing than other figures in the line. 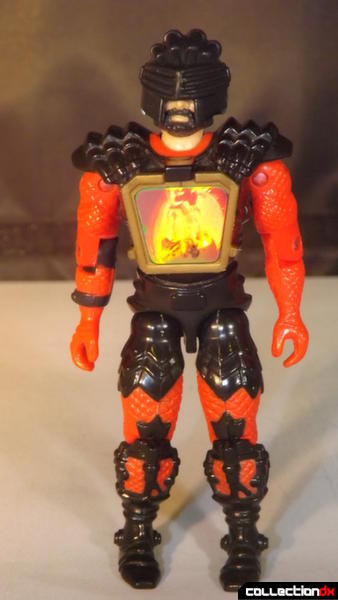 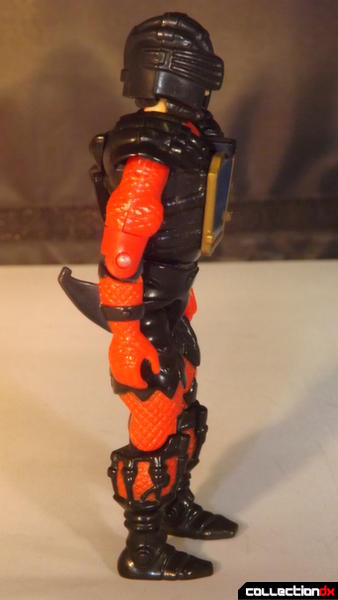 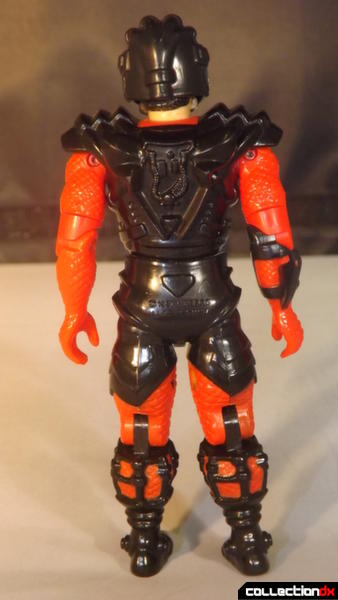 Cravex comes with his helmet, an axe weapon (that i mis-identified as Lexor's weapon in his review) and his power staff. 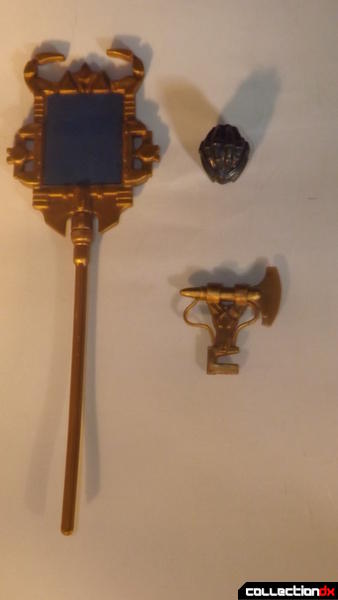 The power staff is that of fear, the hologram is a skull-spider with a screaming face on it's forehead.
Cravex activates the staff by the incantation -

It would bring about hallucinations of the targets greatest fears. 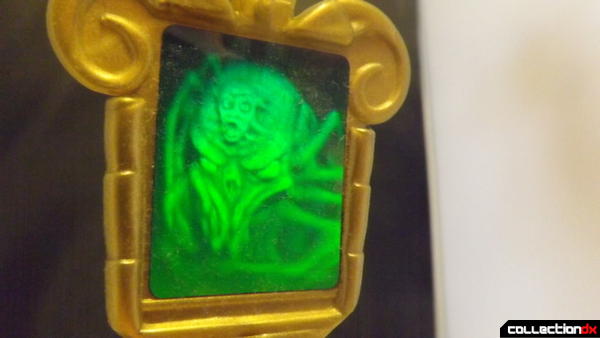 The axe is the same as the one i had in the Lexor review, it's gold and can be a pain for the figure to hold in either hand. 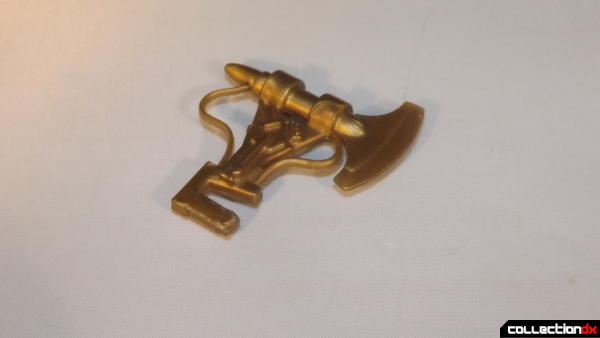 Out of all the helmets, i like Cravex`s best.

It fits really nicely and snuggly over his head, just leaving his mouth and beard poking out.
All of these helmets are made for the character they come with and will not fit other figures. 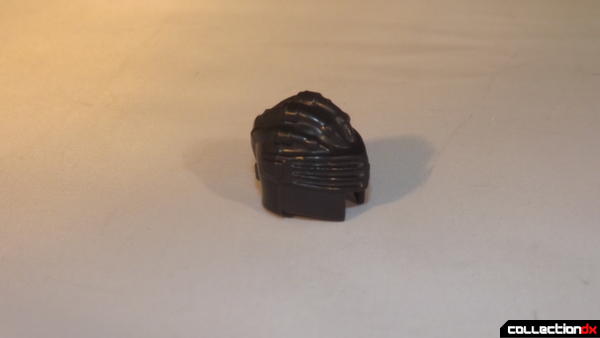 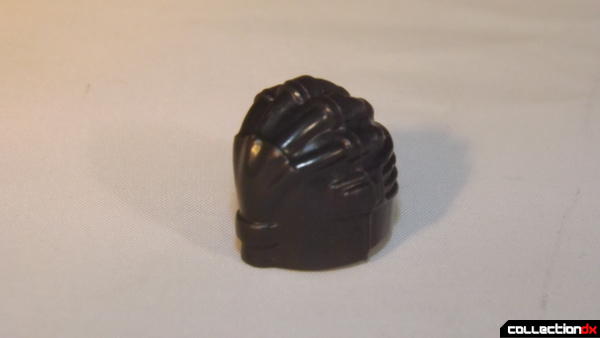 Cravex has a lovely shaped beard, possibly the best in the line.
His eyes are a little cross-eyed but this is likely a painting error and not consistent across other figures. 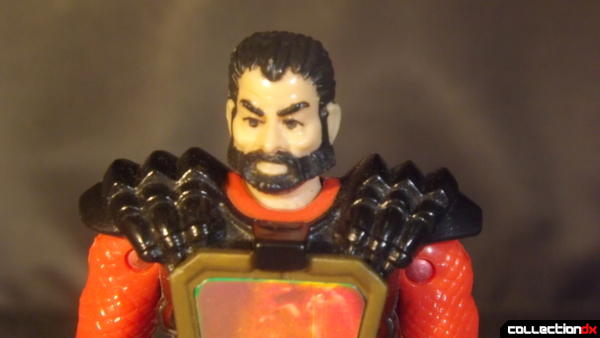 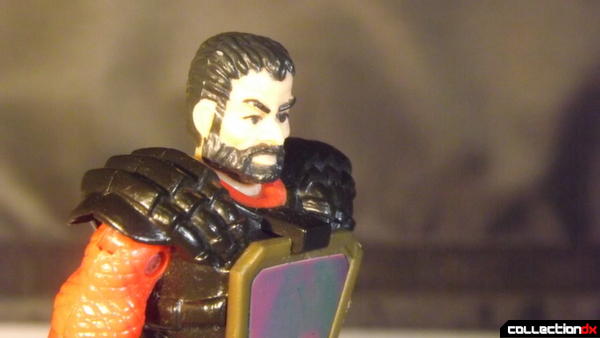 I have Cravex's bio card, he seems to be the only Darkling Lord who doesn't have glowing red eyes in the character art, possibly due to how the visor on his helmet is designed, but at least it's accurate for a change! 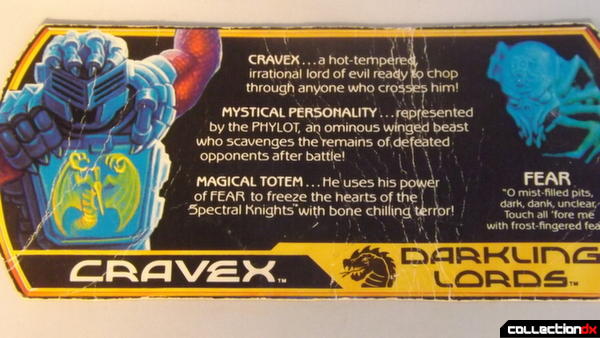 Articulation is like Gi Joe figures, as I mention in every Visionaries review.
I'm surprised at how tight the joints still are on most of these figures after 25 years! 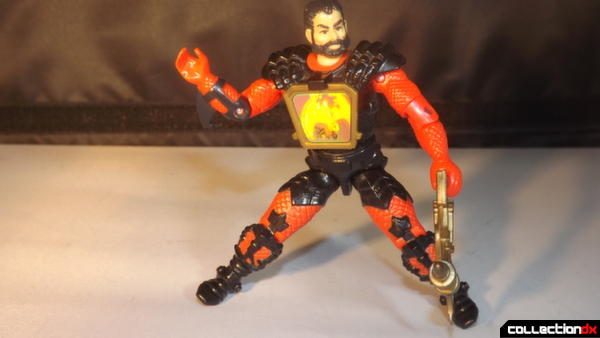 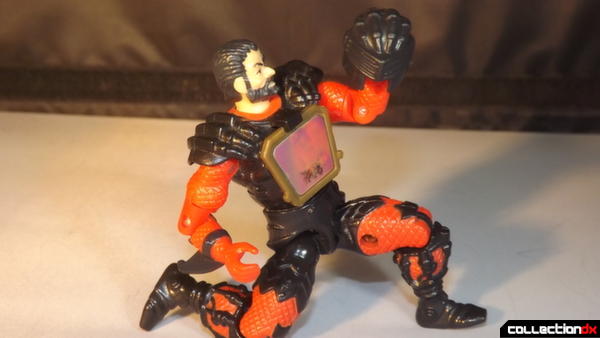 Cravex may sound like and be crafty like Starscream, but he's in it for the money.
Whoever pays the most can gain his services. 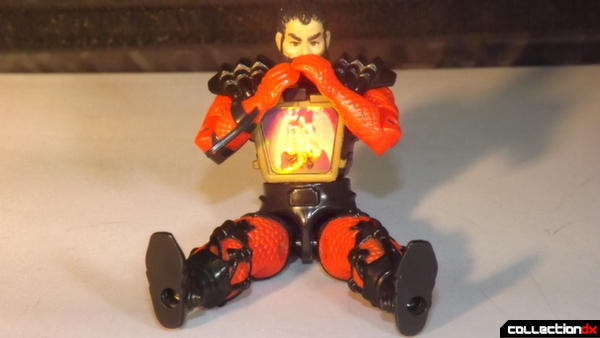 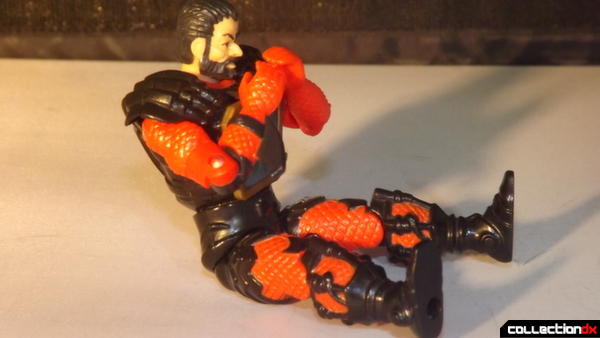 3 comments posted
I am really enjoying all

I am really enjoying all these Visionaries reviews. :)

What ever happened to the majestic, villainous beard? You don't see those much anymore.

All the Darkling Lords have beards. Speaking of beards I must update my profile pic on here.