The Chicken McNuggets Robot was released at the tail end of the Transforming Robot trend, but still managed to be a cool, high-quality toy. This was back when McDonald's used Styrofoam containers for everything. McNuggets came in this style container which had a little indent in the corner to hold your sauce. 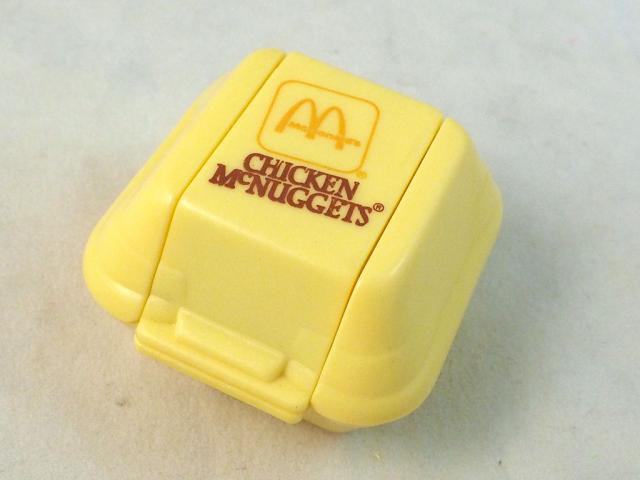 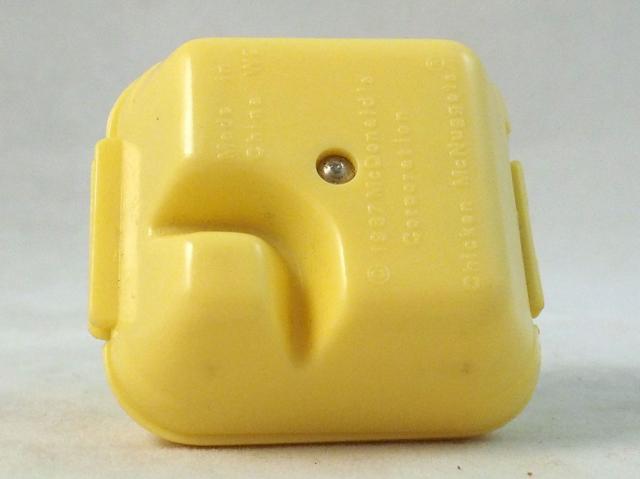 See the indent molded underneath? That, my friends, is attention to detail. 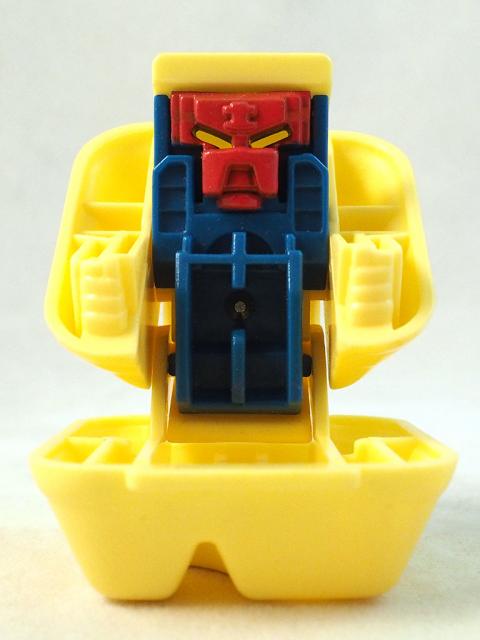 In robot mode, it's a mean-looking robot! Instead of contributing to childhood obesity with pink-slime molded chicken-like pieces, he's decided its quicker and easier to just punch you in the face. 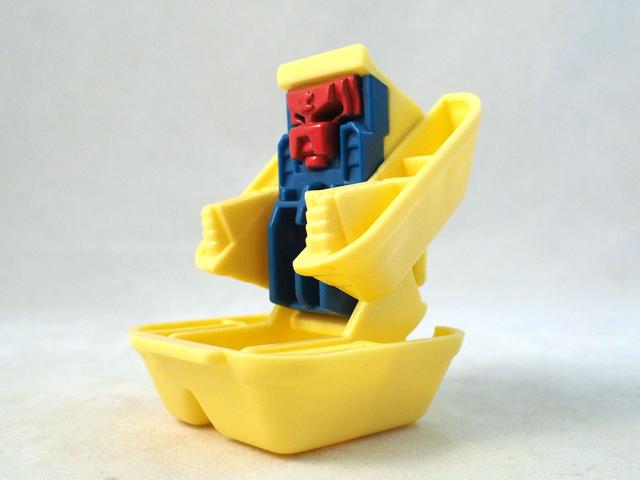 Man, these things are DURABLE! over 30 years later they are still kicking around at the bottom of toy bins and they are NEVER BROKEN!

Now I want some nuggets.