Balcannon (バルキャノン) is some sort of Lizard. If anyone can figure out what kind, go ahead. He's one of the members of Deltaforce, the evil faction in the war against the heroic Trianforce. Such is the legend of Sacred Beast Legend Bioroid.

Once again, the toy comes in a fantastic box: 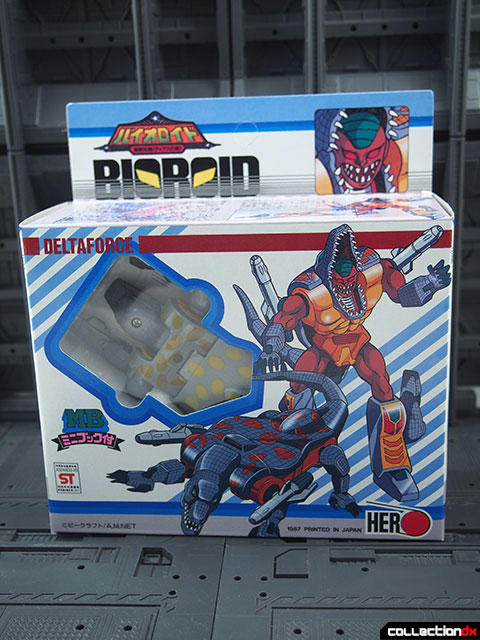 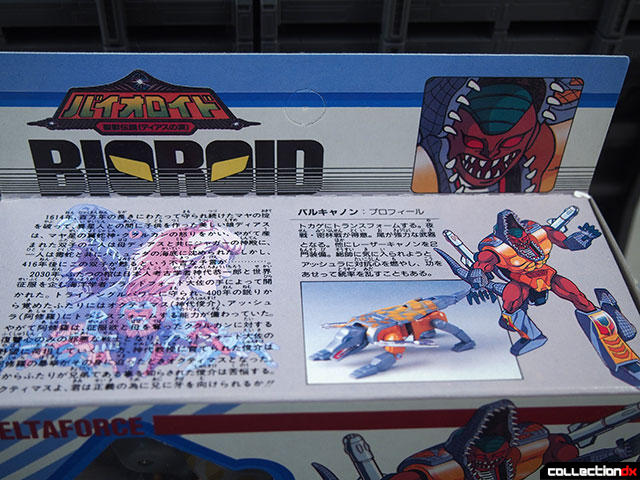 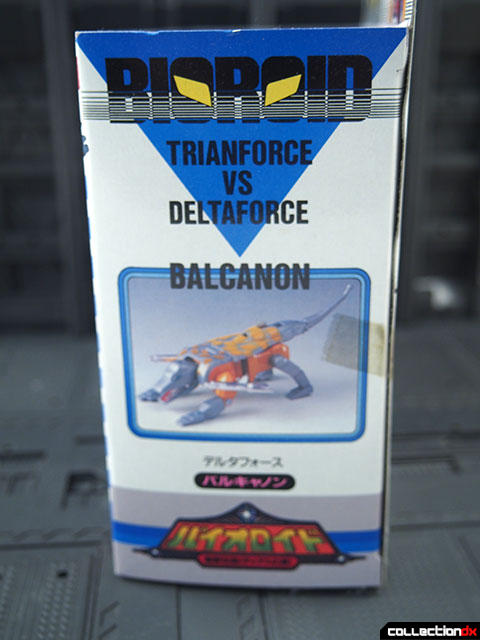 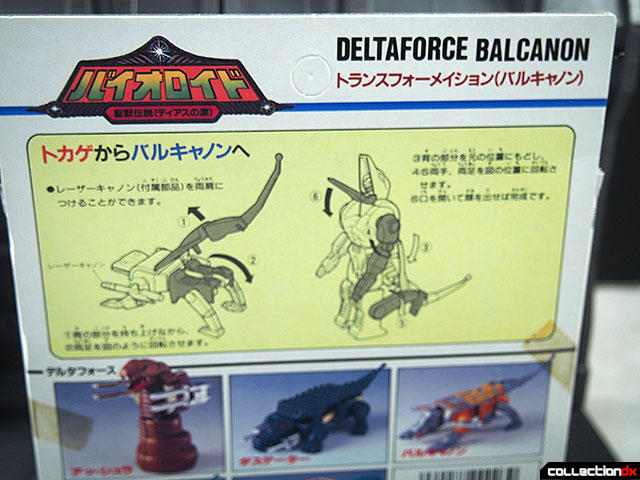 Animal mode is some kind of spotted lizard. 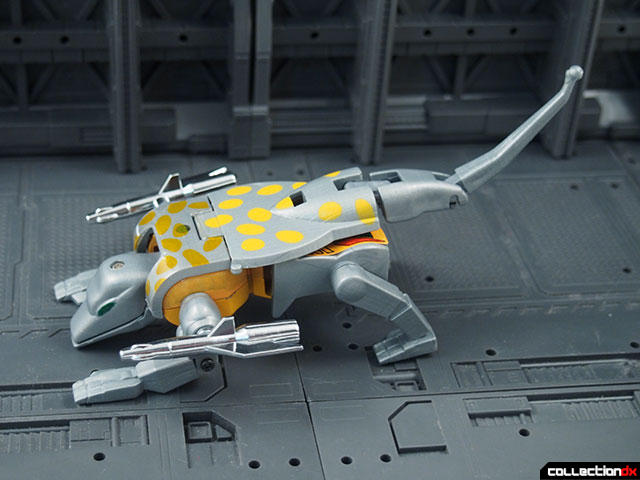 The paint on this specimen is actually very nice. Chrome weapons can be attached to the sides. 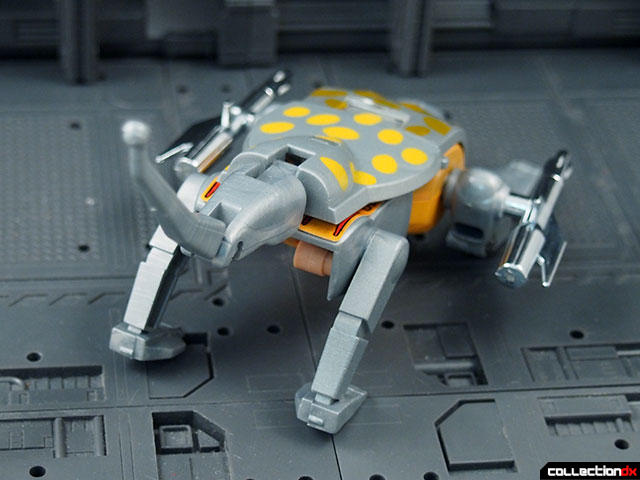 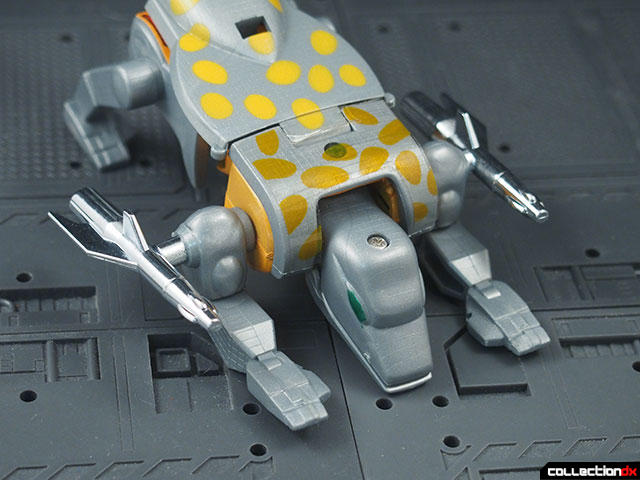 Bioroid mode is terrible. The head is too small and placed too high up, the mix of fleshy limbs, chiseled pectoral muscles and mechanical parts just don't mix at all. 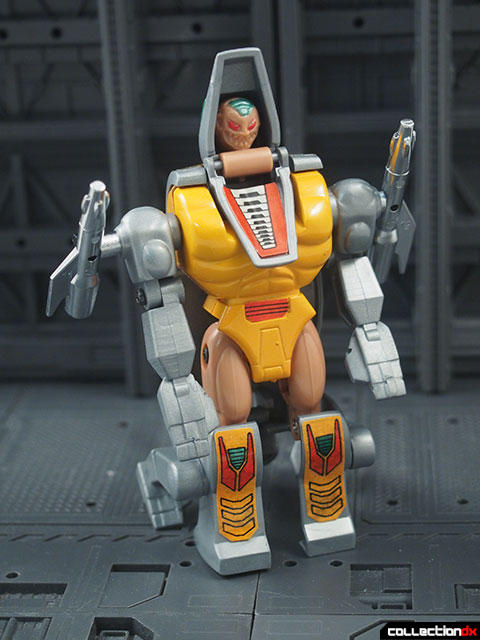 From the back he looks like a dog doing a trick for a treat. 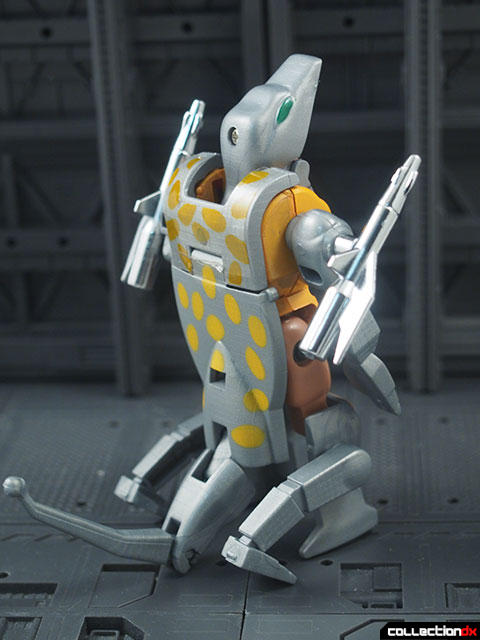 But hey, he can put his open palm up as if to say "STOP BUYING THIS CRAP" 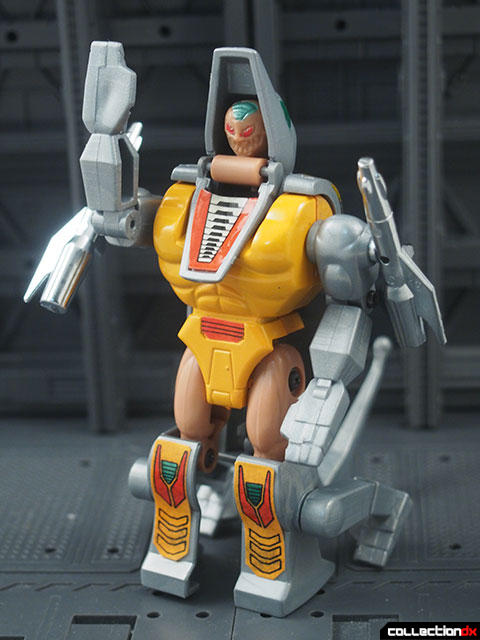 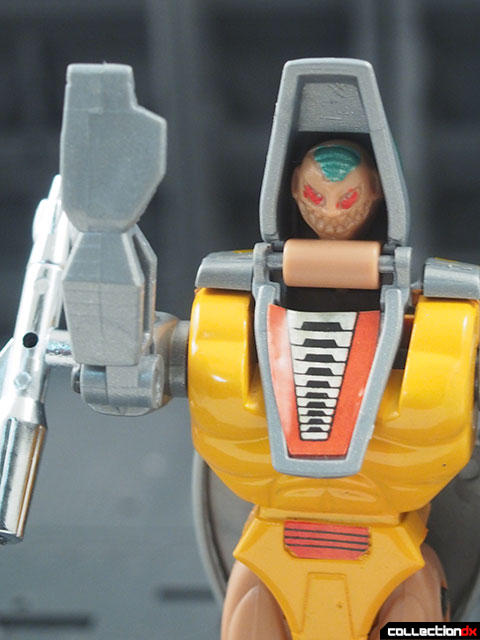 Balcannon's animal mode is supposed to be a gila monster. I had this guy as a kid. I thought it was kinda lame and cheaptoy-ish, so I didn't really take care of it, but part of me loved it because it was a present from my older cousin who I idolised. Thanks for reviewing and giving me that nostalgia hit.

Nice review on Balcannon! I love the dog joke haha.
This Deltaforce member I have to say is the weakest out of the group but still love it, because his quite solid as a toy, easy simple transformation, balanced stability, nice design, nice paint apps, and cool stickers! I have to admit the humanoid bioroid face sculpts are very sinister and evil looking!

Thank you for sharing more of the Deltaforce toys!