Lets get this out of the way - Yes, this is a Rock Lord, and yes, it's a fairly dumb idea. Why would a robot need to hide as a rock? I have no idea. I thought it was a silly idea back in the day, especially when compared to the Transformers at the time. I still think it is a silly idea. But putting the idea aside, these toys are fun little playthings.

It should come as no surprise that the Rock Lords began their life as part of the Machine Robo line of toys in Japan. These came out in a sub line of Machine Robo called Rock Superman (Ganseki Chōjin 岩石超人). Even there they were sort of stupid, but they did have really nice packaging (which I will show you in another review).

Sticks 'n' Sones came on a blister card, which I do not have. On each was a bio card, detailing the stats of the character:

Rank: Evil Rock Warriors
Body Type: Anthracite (coal) and Magnetite; a dangerous combination of minerals that causes sparks.
Weapon: Cactus Club (Sticks); Double Duty Mace (Stones)
Bio: Sticks 'n Stones are the living proof that two heads are worse than one. They're constantly at odds with each other. But give them a single purpose - destroying good rocks - and they become an awesome fighting force. The very sight of them charging into battle with their Cactus Club and Double Duty mace is enough to send enemies flying home!"

Despite not being as popular or successful as the GoBots, Tonka put a lot of effort in giving the characters believable backstories.

In robot mode, the toy has a simple yet menacing look. He's clearly a bad guy, with evil eyes and sharp teeth. Sticks is the left side with the red mouth, and Stones is the right side with the pink mouth. The color detail is mirrored in the feet as well. 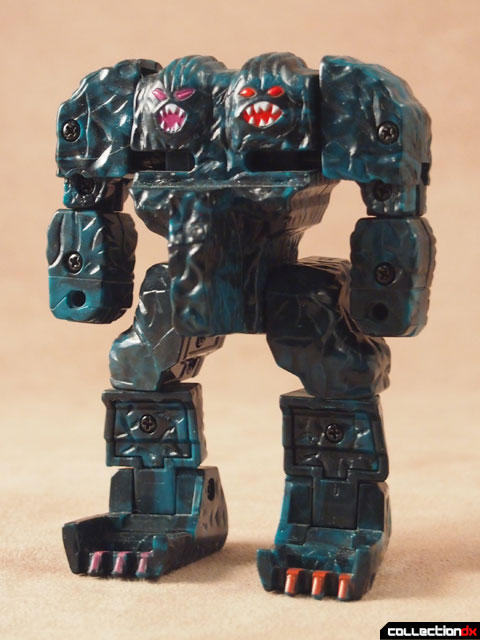 It's molded in a stunning marbleized plastic with great stone texture. There's also a spot on his back that has a fanned circular texture that I am obsessed with. Why is it there? What does it mean? 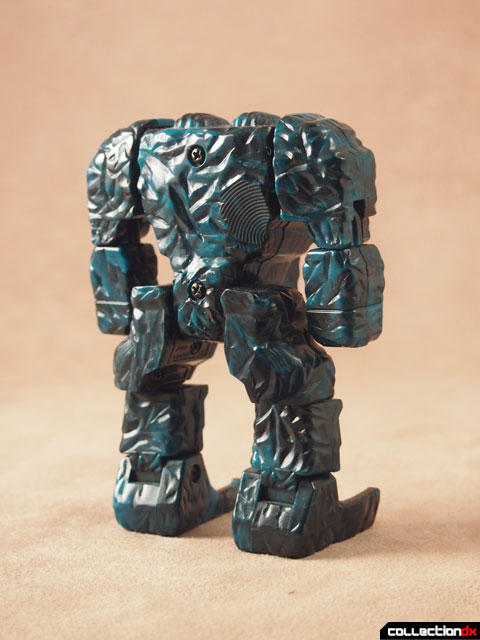 Sticks 'n' Stones can hold his double sided weapon by plugging the central peg into the hole in the hand. The fit is secure. 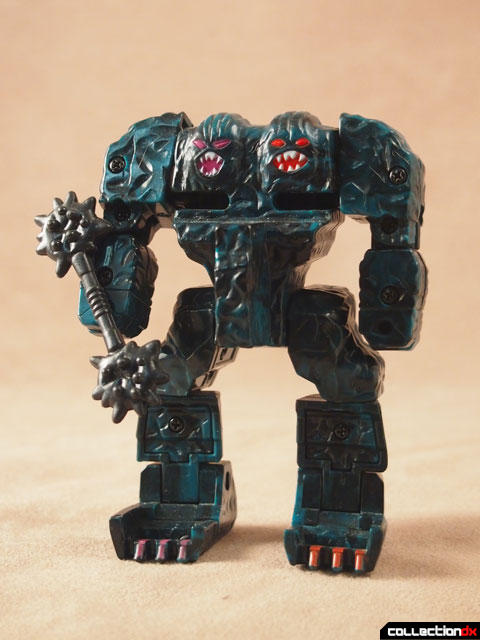 While there are a lot of joints, most are just there for transformation. Only the shoulders and hips are of any real value. 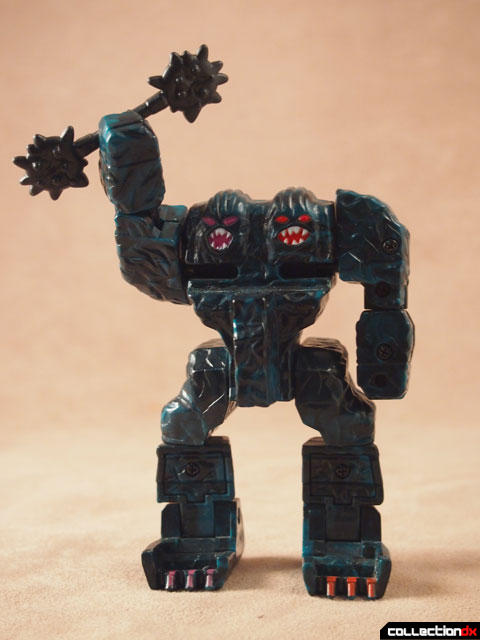 Rock mode is well... a rock. It does hide the fact that it is a robot rather nicely, although the transformation is not exactly groundbreaking. 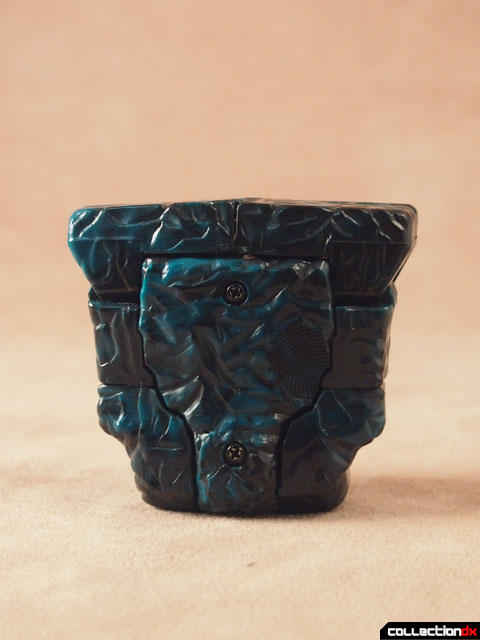 Sticks 'n' Stones was recolored from it's Japanese version, known as Doublerock (ダブルロック). 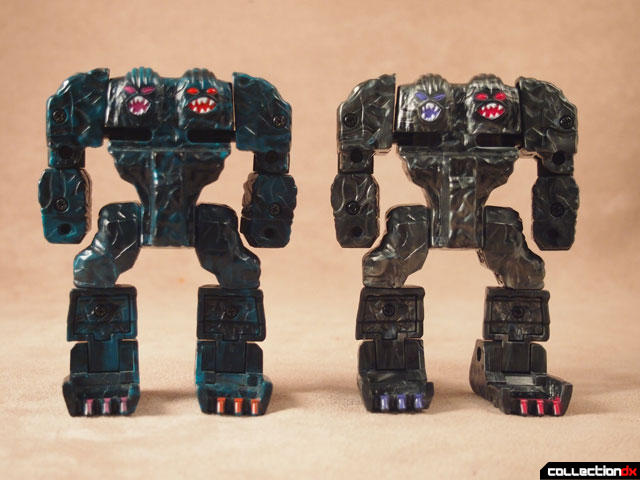 ...my immediate impression is that its either meant to represent some sort of fingerprint or possibly even a fossil?

Had this when I wee V, I still have my Rock Lords collection.