Sabrestone is an odd looking Rock Lord from third series of Rock Lords. It's another Gobot that has no Japanese counterpart (As far as I know) and was likely created for the US/UK market by Bandai on behest of Tonka. 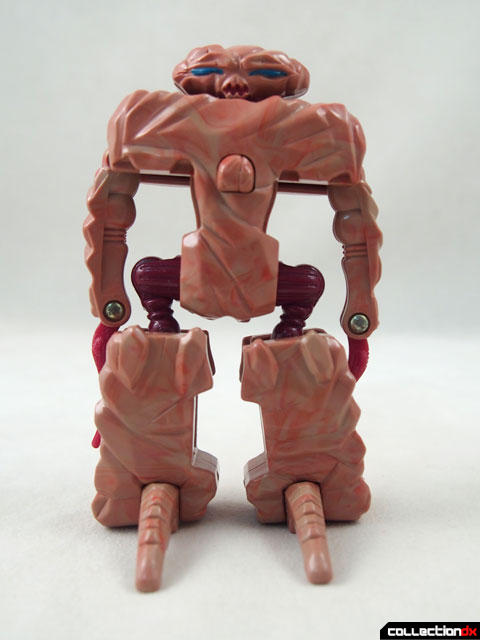 I don't think Saberstone is any particular kind of stone - maybe a rock that a sword was sharpened on? Anyway, Saberstone is one of the few female Rock Lords, and in addition to her long tendrils, she also had a weapon that has gone missing. 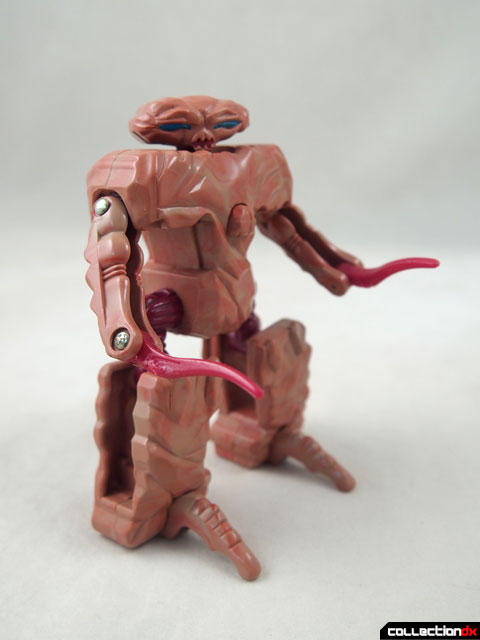 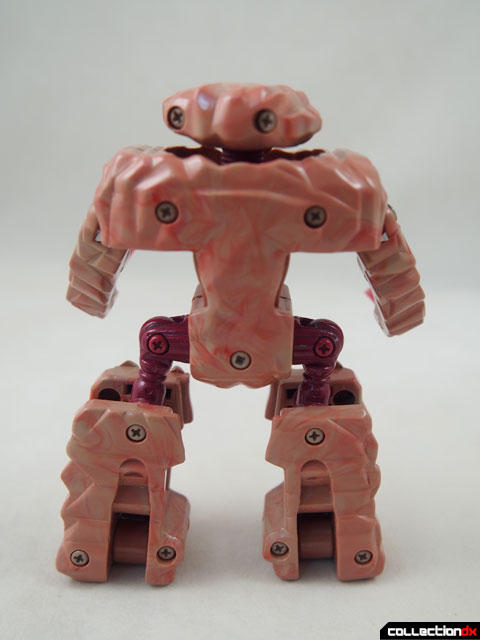 The main gimmick here is that the head can pop up with a press of the button. Otherwise the toy is super-loose and imprecise. 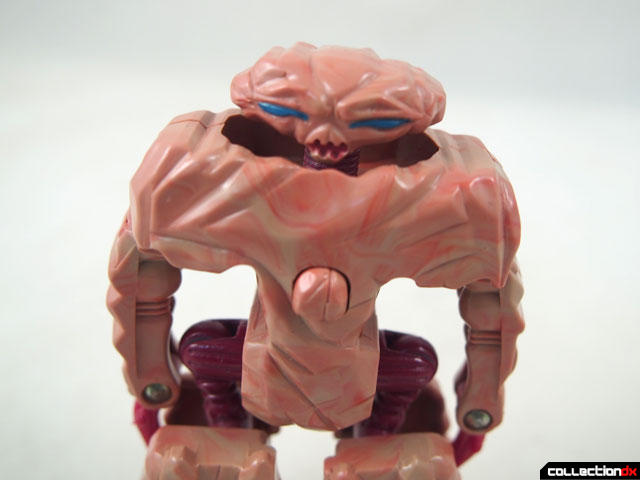 In rock mode... it's a rock of some sort. The color is all molded in the plastic, so the swirl effect is not only beautiful, but solid through the plastic. 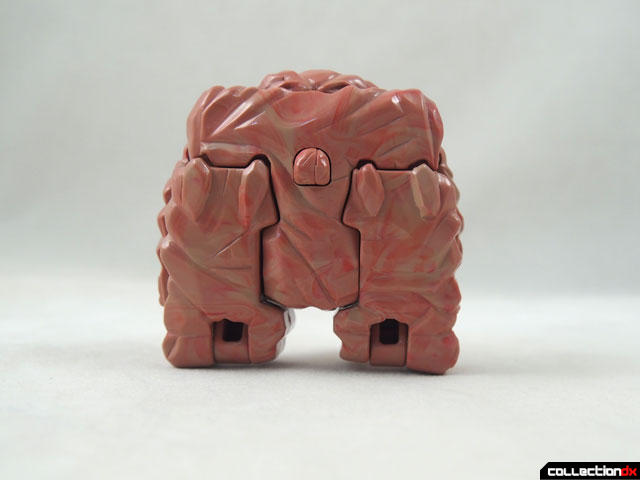 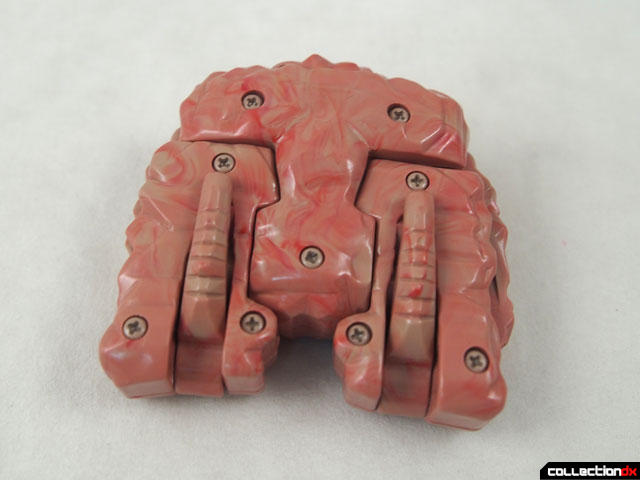 One of the lesser-known and less-desired Rock Lords.