Marine Saurus (マリンザウルス) is a wind-up bath toy made in 1986 by the legendary Masudaya toy company. While Masudaya mostly stuck to tins, they did occasionally dip their toes in the water of transforming robots. This is one such robot.

At about 3 inches long, Marine Saurus is an egg-shaped submarine. It's kind of cute actually. It features a few stickers, and you can see here the original retail packaging. 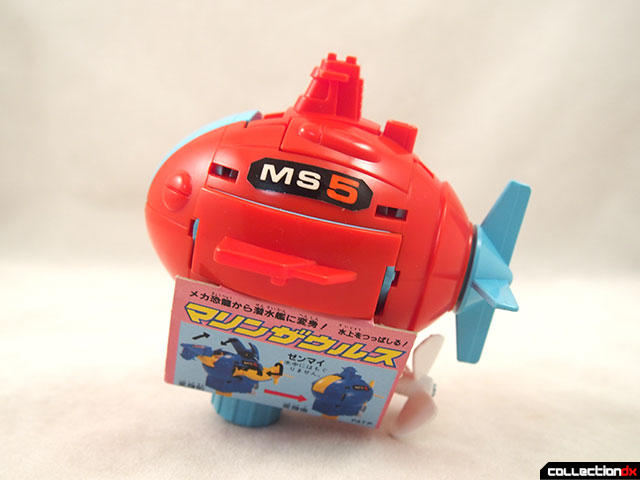 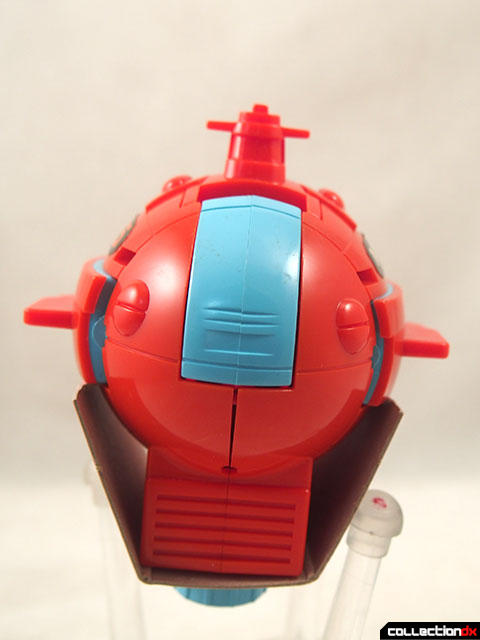 As you can see, the packaging is just a cardboard insert that tucks into the robot. As such, these were likely sold in bins. 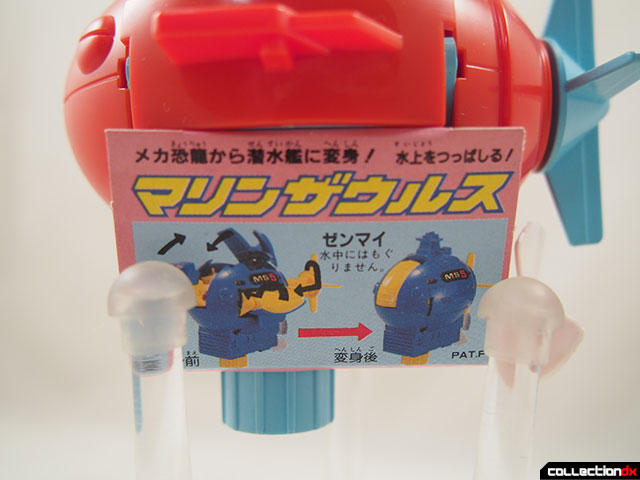 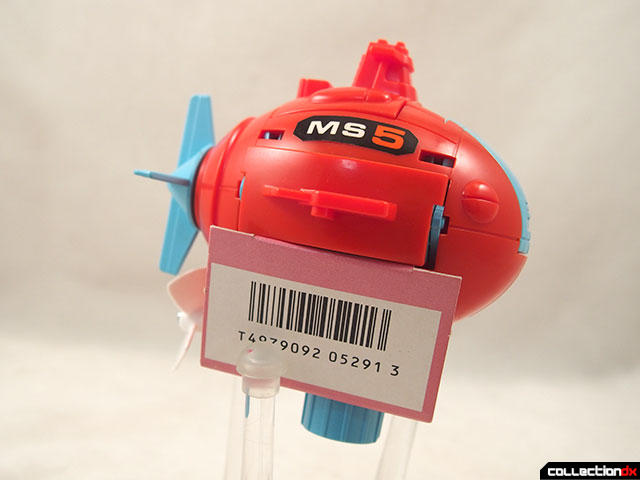 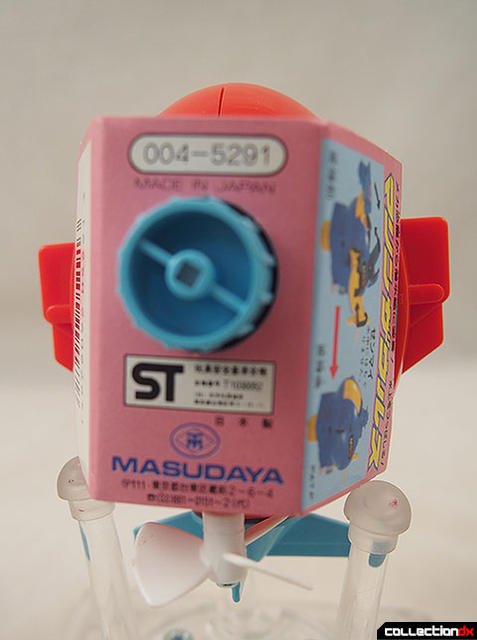 In submarine mode, of course the wind-up feature works and the toy can speed along in the water. Just turn the blue knob on the bottom and the tail prop spins. 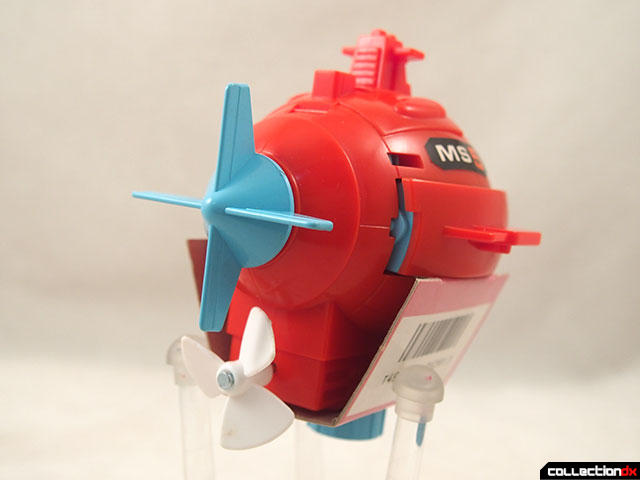 Transforming the submarine into robot mode is a manual one. Pull out the tail, flip out the sides, and flip out the head. 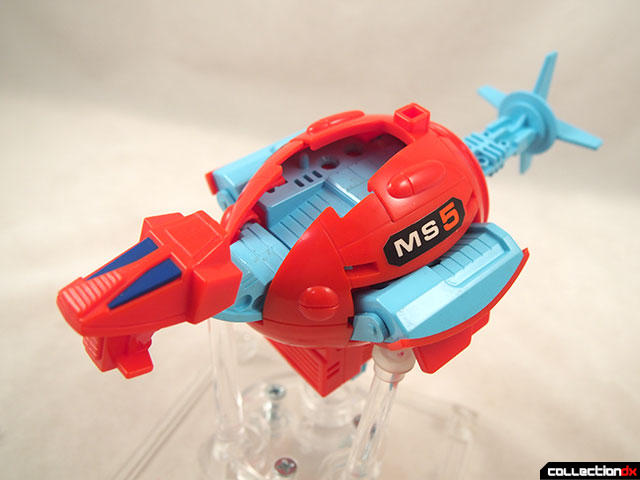 It's a rather cool looking robot mode, with a Zoids-like aesthetic. 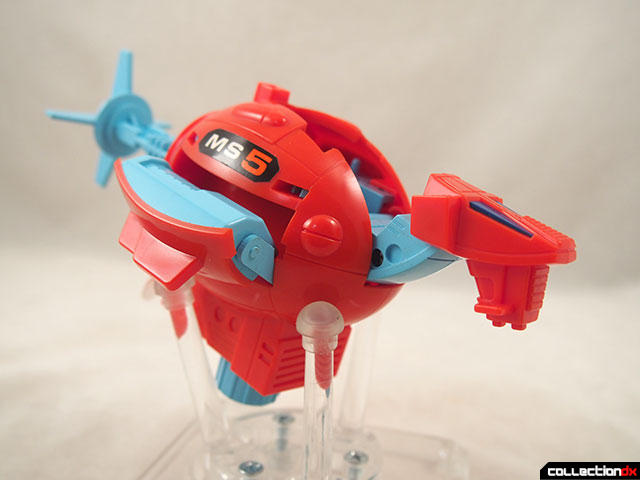 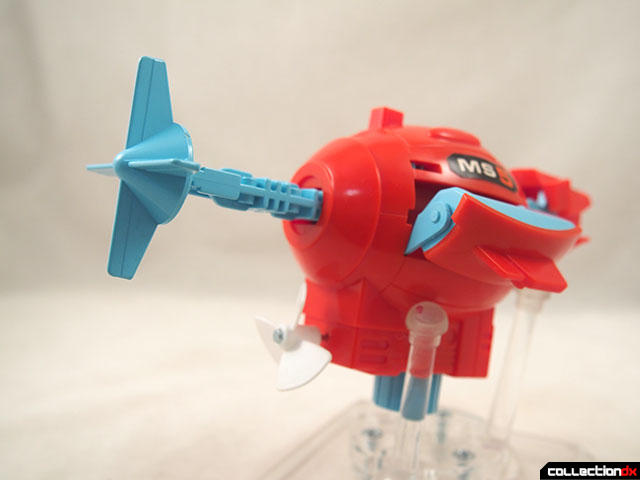 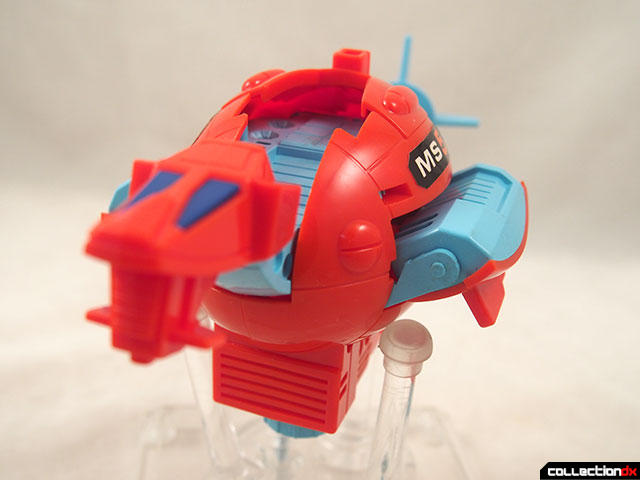 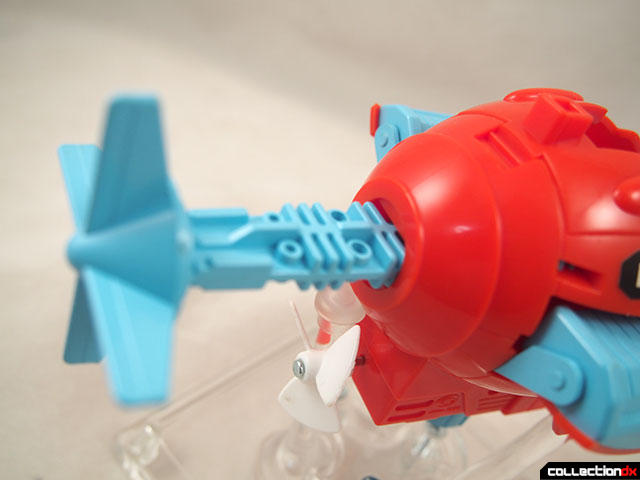 In this mode, the wind-up propeller still works, and they toy still floats along in water. 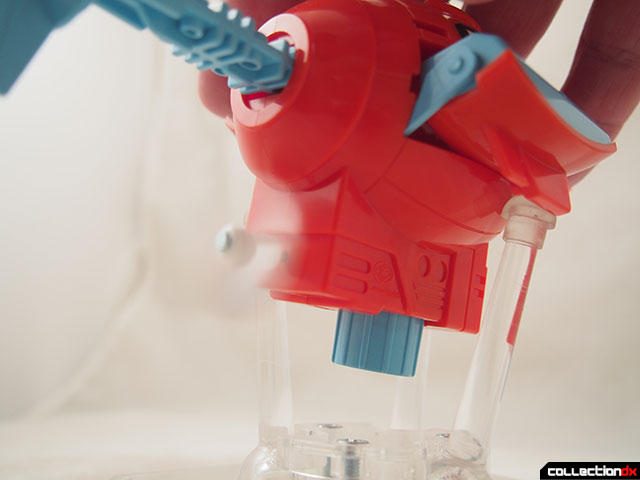 Masudaya made two versions of this toy that were identical in mold, but different in color. The other one substitutes all the red plastic for blue, and all the light blue plastic for yellow.

Not very valuable, but obscure.

This egg submarine has a more convincing transformation than any of the new Disney-themed Tamagoras/Hatchin' Heroes toys.