Hornet was released late in the Gobots line, and quite honestly, I have no idea what it's supposed to be. It wins points for being one of the simplest to transform in the line.

Lets look at vehicle mode first. What is this supposed to be, some kind of spaceship? It makes no sense as an aircraft. It's just blocky and weird, and not at all charming. 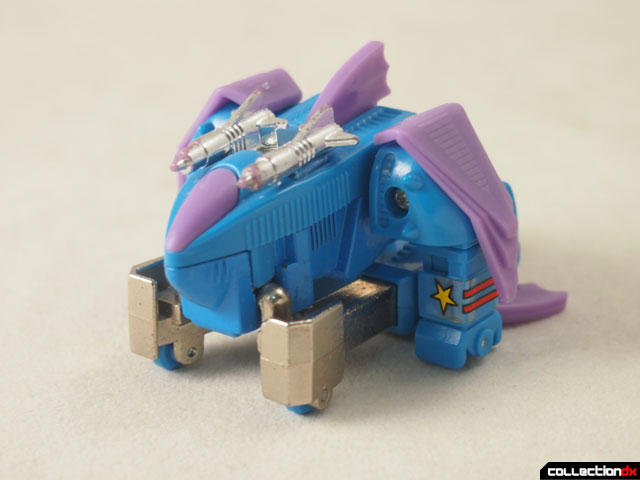 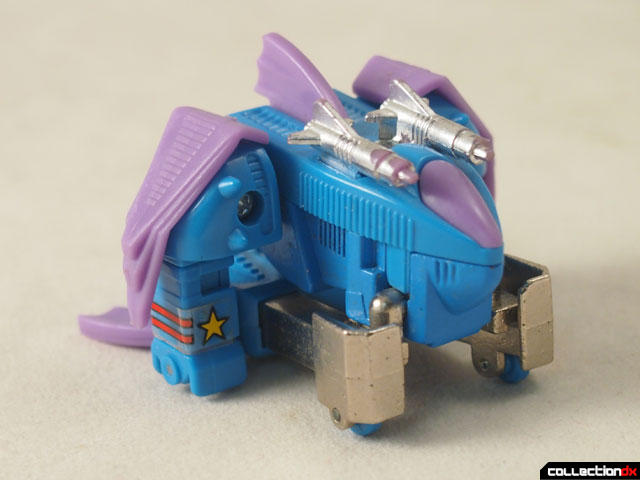 I always thought that the star stickers on the sides looked patriotic, while the overall design resembles the monster Gobots, known as Devil Invaders in Japan. Perhaps this was a rejected Devil Invaders design? 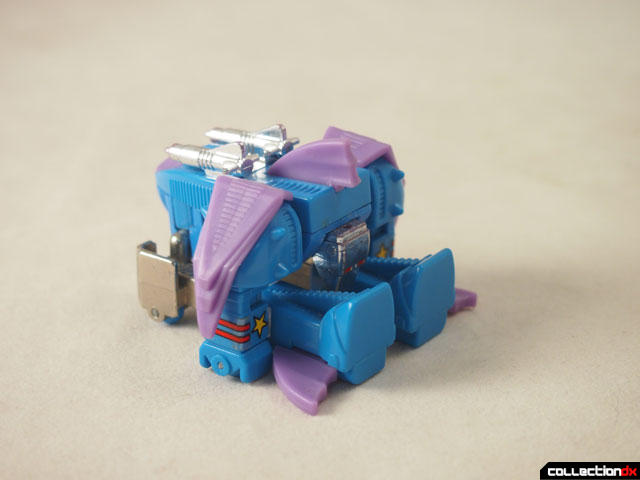 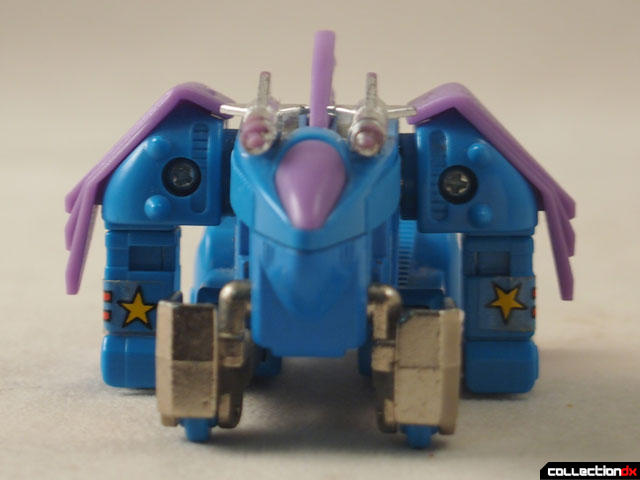 Transformation is stupid simple. Flip down the legs, pull down the arms. You've got to love it. 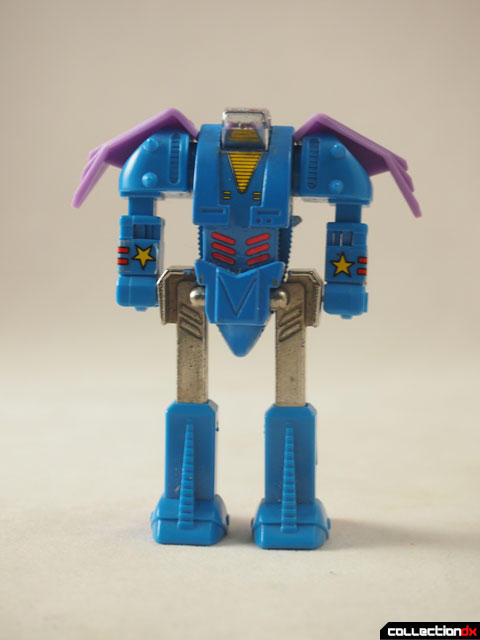 In robot mode Hornet doesn't fare much better. He looks fine proportion wise, but the colors keep me from taking it seriously. In Europe he was released in a grey color scheme which looks a lot better. 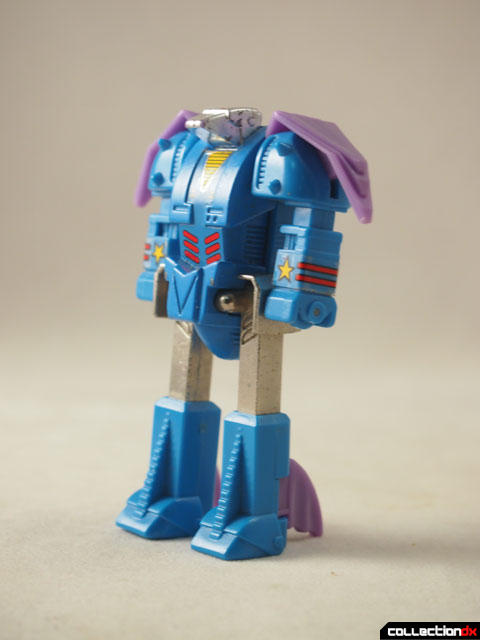 The head doesn't move, and it has no hands. The shoulder flaps move up and down but i'm never sure what the right position is. 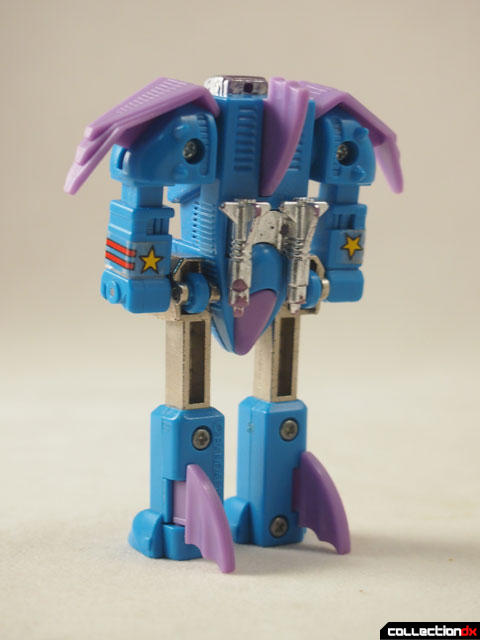 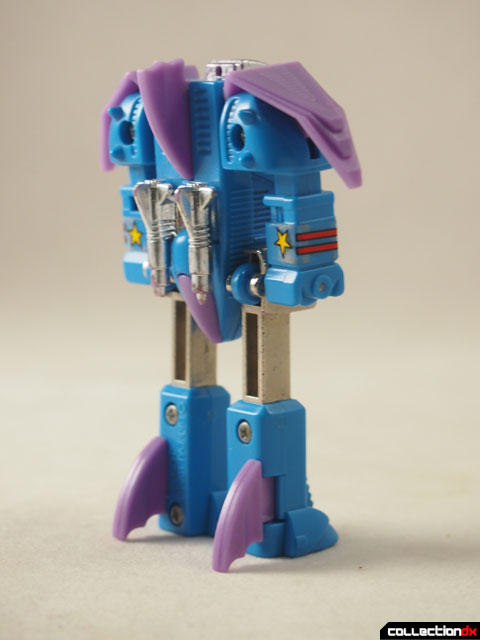 Inexplicable but kind of fun. Good hand candy if nothing else. Hornet was never released in Japan, but does not bear the "T" of the designed-for-tonka releases at the tail end of the line.

Uh, so his vehicle mode flies at the enemy butt-first?

I like this figure, I love when robots transform into nothing....!

Looks like one of those jumbo machinder things, but without a head. Love the color scheme though.