Carry Can is another obscure transforming robot from the company Four Star. This toy was released as part of their Transistor Robots line. You can actually see an image of the carded robot here. 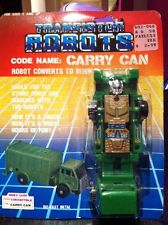 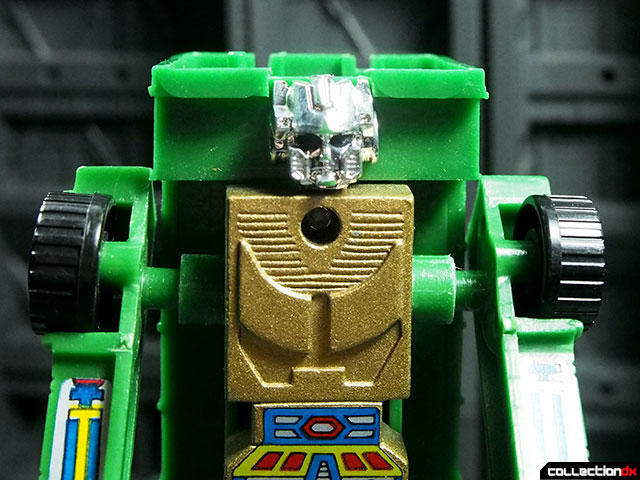 "Hauls for the strike force and marches with the robots!"

Listed in this series is:

In vehicle mode it's a generic trash truck. There's simple molded detail, black tires, and an obvious metal rod sticking out of the side of the front. 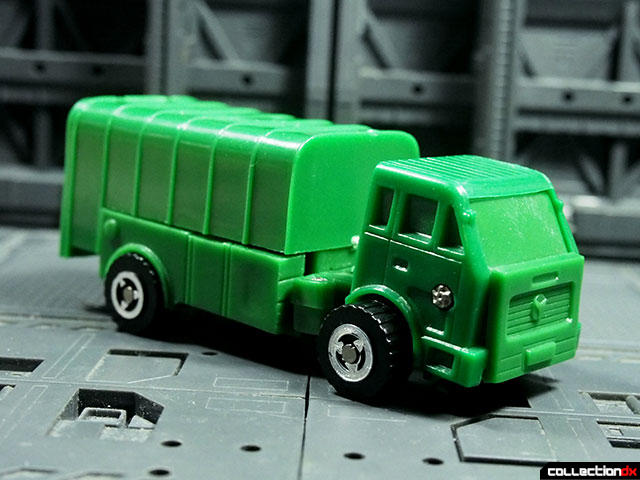 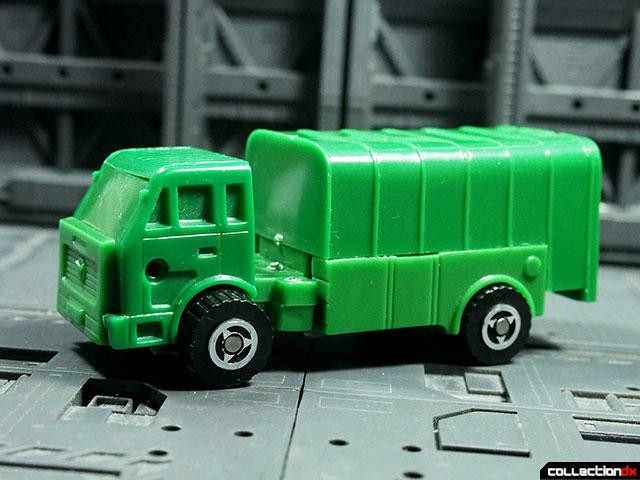 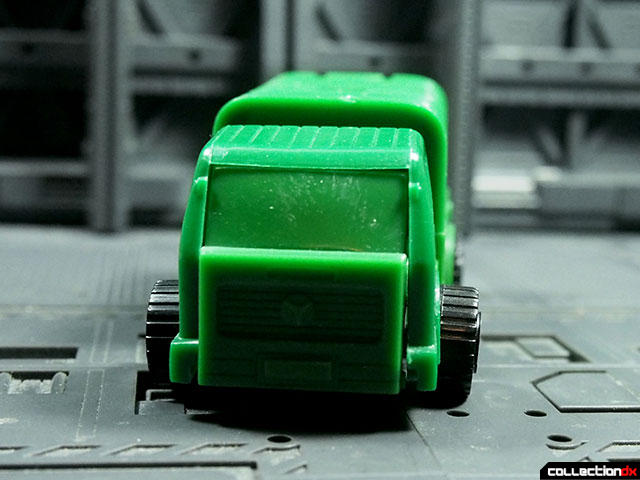 The back is supposed to have a door on it. The door has a circle where something should mount. Sadly mine is missing, as iare most of the loose specimens. 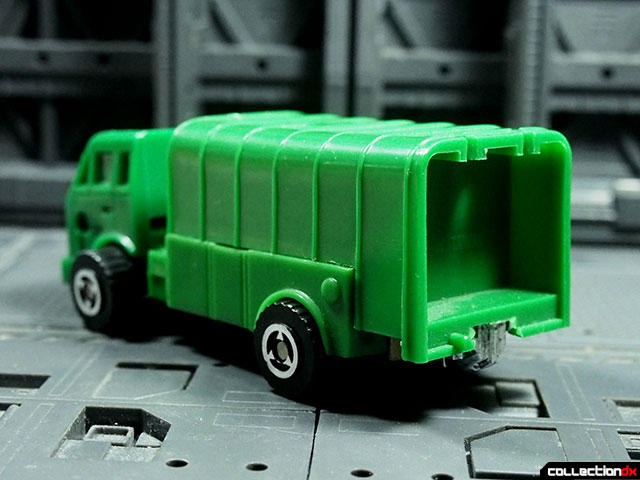 The robot features a diecast chest and the rest is plastic. There was a sticker sheet included, but that has been lost to time. The same can be said for the rear door. Normally we don't review incomplete toys, but i'll always make an exception for Four Star. 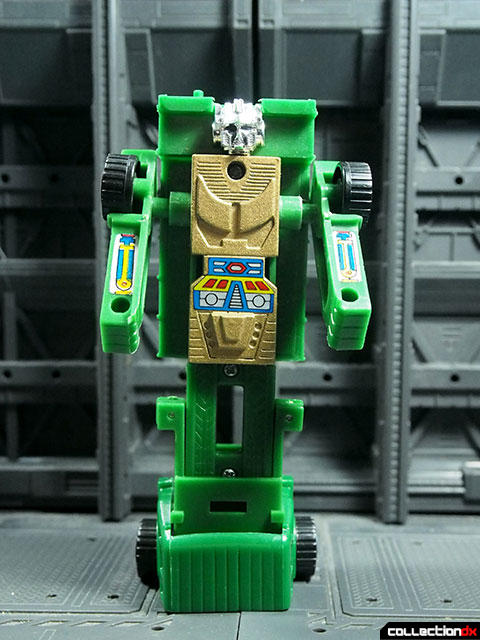 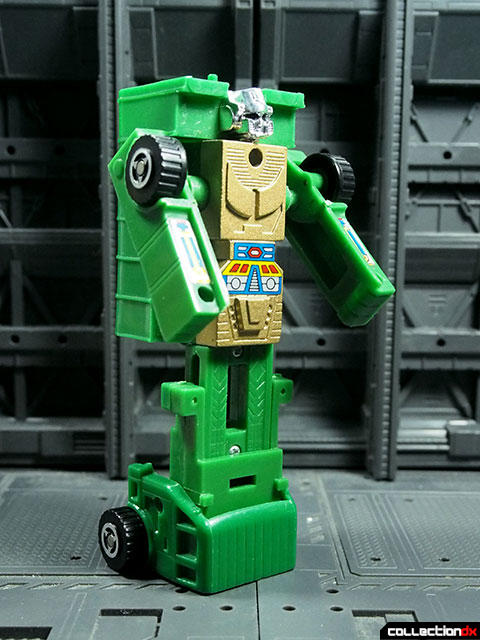 There's a small hole on the back. Is it used for mounting something, or just a remnant of the manufacturing process? 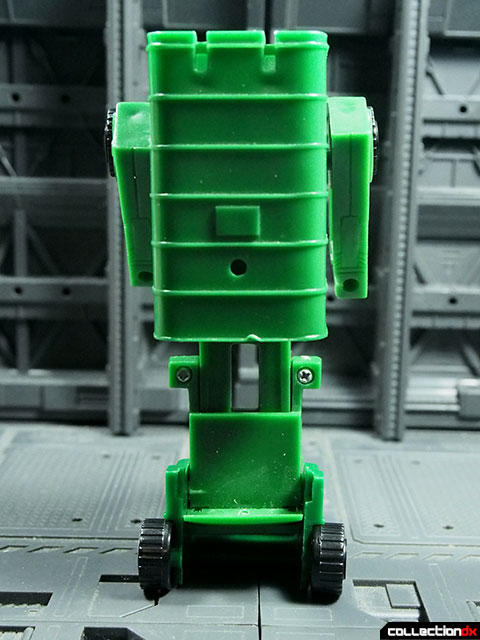 If anyone has any leads of more of the items in this series, or more information, please let me know.

Like a lot Four Star toys, this one is derived from a Transformer. That is most definitely a remolded G1 Mixmaster. The front of the truck and leg mechanism are nearly identical.

People that know about Four Star probably know about Mr. Hard Hat. There is another combiner though called Racetron and I'm not sure they were made by Four Star because they like to slap their stamp somewhere on the box and usually on the toys as well. Racetron was released as a giftset and as individual bots. Several of the cars from the Transistor Robots line use those same molds (Rat Race for instance, is Chrysbot). There must be at least one other cheapo Chinese combiner that comprises the trucks from the Transistor Robots line. That is probably what that hole is on Carry-Can's back, and there is also a peg hole on the back hatch that you are missing that must be for a fist or foot. The fire engine definitely has some sort of shoulder or thigh peg that is exposed when the cab is folded and the rear that becomes the legs seems to have a slot where a fist or foot would attach.

Four Star, I'm assuming was the second to use these molds, because they don't have any complete combiners aside from Mr. Hard Hat and they omit all kibble and all mentions of any larger robot form from the packaging (also the Racetrons at least had weapons packed in). But beyond that, trying to put together any information as to who made what and what came first has proven difficult.