When Matchbox released their own original designed Robotech Defense Force toys in 1986, there were many vehicles that were created that had not been previously produced in Japan. 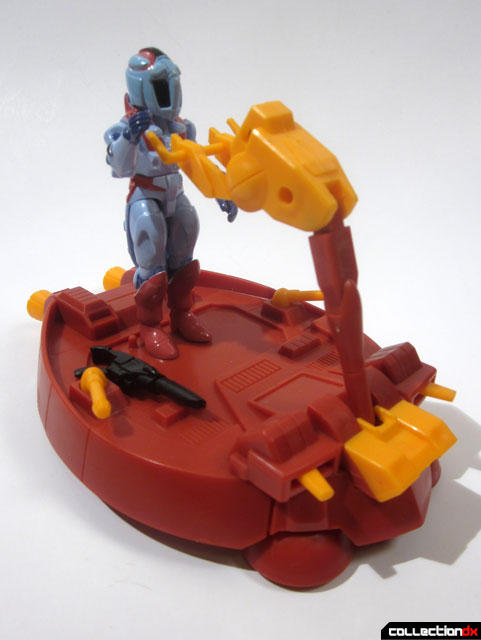 For example, the anime series Super Dimensional Cavalry Southern Cross was canceled midway through its original 1984 run on Japanese television. A few model kits were released by LS, Arii and Imai, but no toys were ever produced. 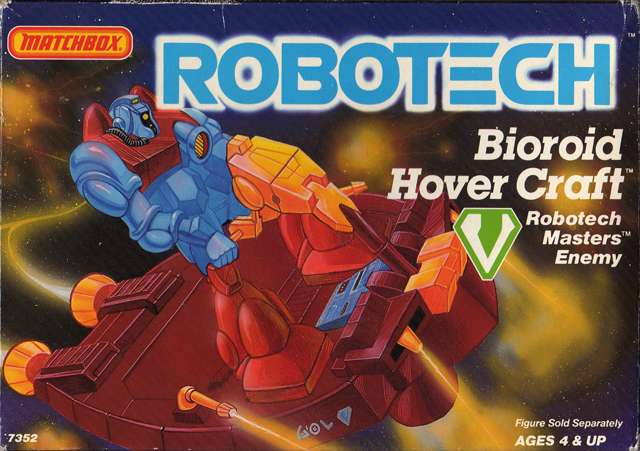 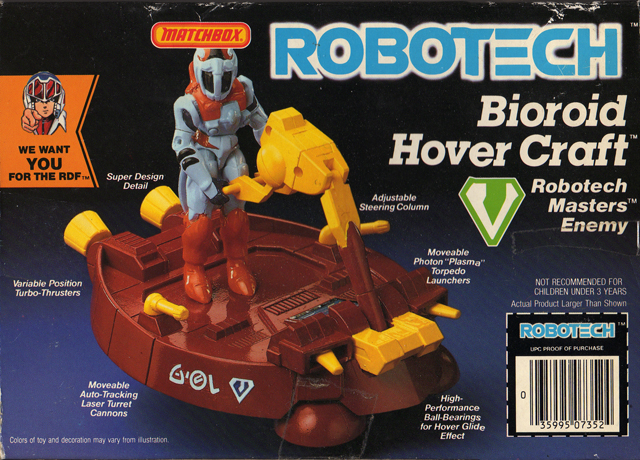 Comes 1986 and Matchbox releases their line of Robotech toys, some which were reboxed and retooled Tokataku and Bandai toys while others were newly created toys for the US and world market. It was these newly created toys, many with dubious quality control and engineering, where some vehicles from Mospeada and Southern Cross finally had their toy debuts. 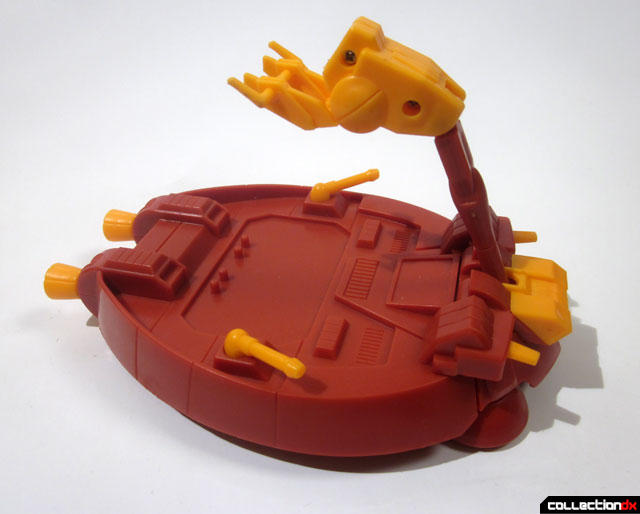 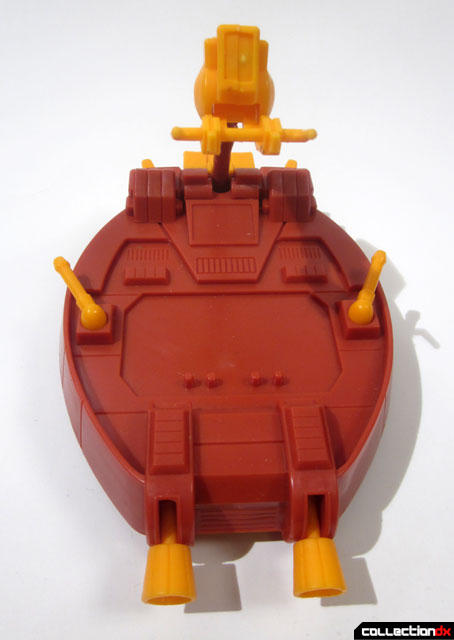 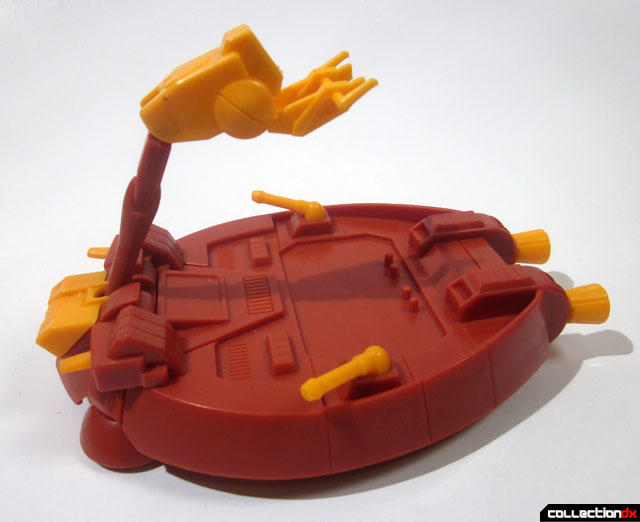 Matchbox did an excellent job capturing the funky art design and colors of the Southern Cross series while making a perfectly usable and solid toy. Moveable items on the Hover Craft include, the operating arm, four laser guns and double exhaust. It even has three plastic ball bearing wheels underneath to roll the Hover Craft across a flat surface. 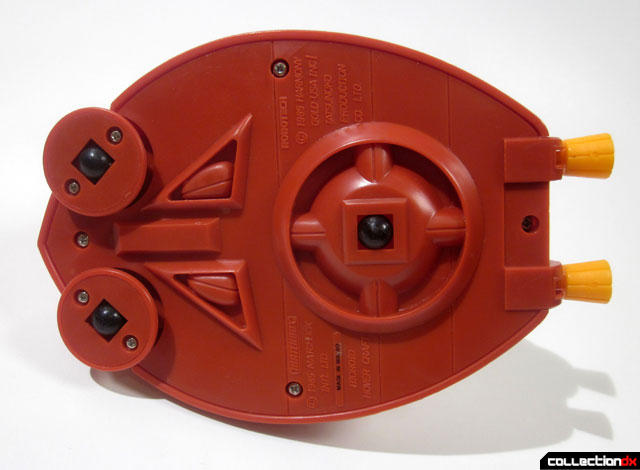 The sculpting of the vehicle is well done, especially the nozzle area underneath. The stickers while not applied on this example, include two screens and various markings for the Hover Craft. 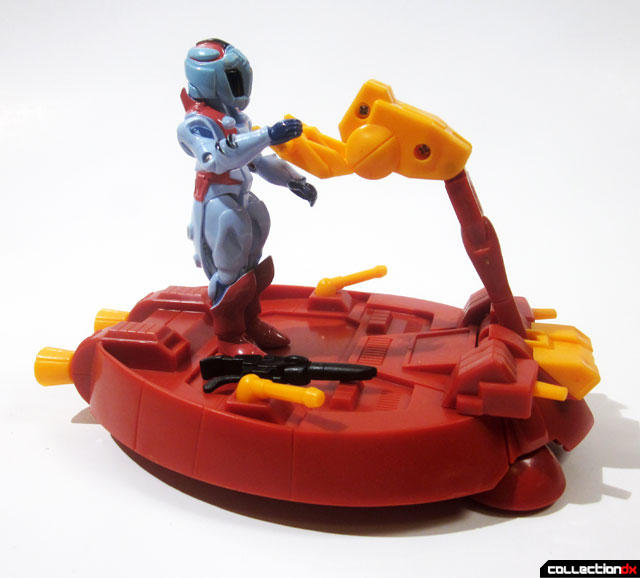 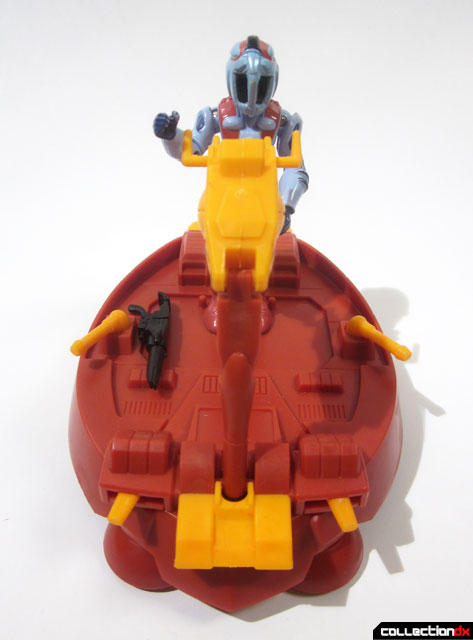 Finally the Robotech figures look great on Bioroid Hover Craft. Two figures can also be placed on the pilot area at the same time. My only complaint of the Hover Craft is I had wished the designers tilted the pilot handles in a better angle for the figures. While I do not own the rare Bioroid Invid Fighter toy, in pictures I have seen it also looks well proportioned on the Hover Craft.

The Bioroid Hover Craft was one of the easier vehicles to pick up from Matchbox’s Robotech Defense Force line and still can be picked up today under $15.00. If you are a fan of Southern Cross this is a definite pick up for your Robotech collection. ©2011 article and pictures by Leonardo Flores and CollectionDX

I've recently finished re-watching Southern Cross for a review. These Biovers (geddit, Bio hover) weren't as kool as the Bioroids that rode them. Kind of a weird thing to pick.

Also gotta love the Zentradi writing and symbol on the side.

Cause they're totally related ^3^

I agree, Matchbox seemed to pick the weirdest items to make into toys and dismissing other items that should have been made.

Well you know how it is

it's kind of an uphill battle :D

Oh man, this was one of the first Matchbox Robotech figures I got as a kid, I still have it with an empty box and full of sticker that Im sure did not come with the set. I think I may want to hunt down a nice specimen of this, cool review, brings back LOTS of memories, this thing was played with constantly as a kid and never broke.