Baikanfu is a later release in the Machine Robo line that shares a similar transformation with the Chogokin Gardian. It's kind of a weird release in the line that seems like it was made expressly for the Revenge of Chronos to have something cool and DX sized in the line.

I debated reviewing this, because the box and toy are both sort of rough, but I doubt I will get another. So hopefully this gives you the spirit of the thing.

It's a nice DX Box set, with a lovely front cover, but no back artwork. This one has seen better days, and it's taped together in places, but the handle is still intact. Inside there's a cover to the tray with windows to see the toys, and behind that, the styrofoam tray. I'm missing the instructions, and the swords are from a bootleg. 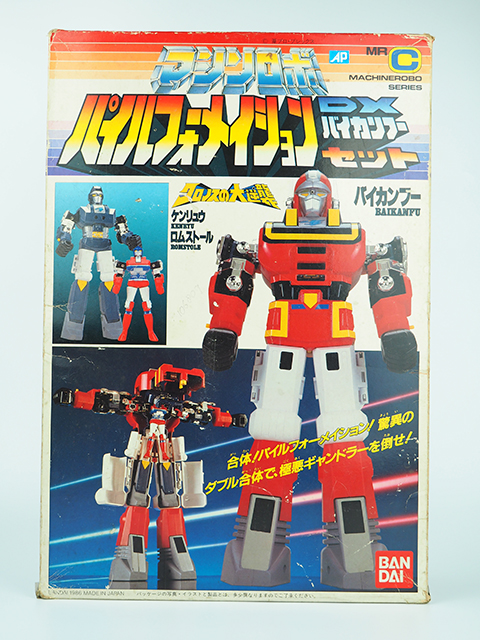 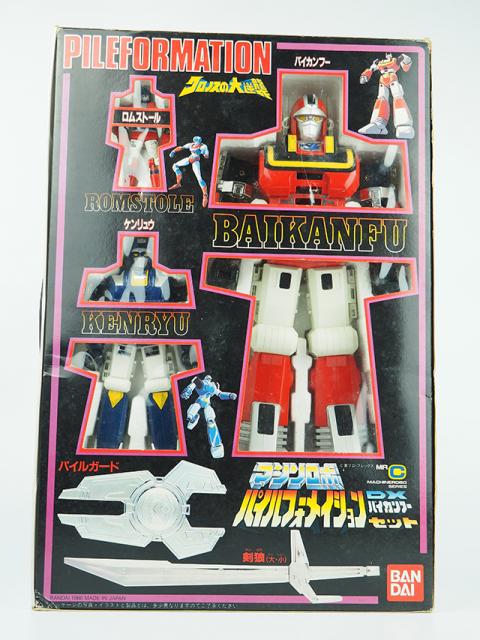 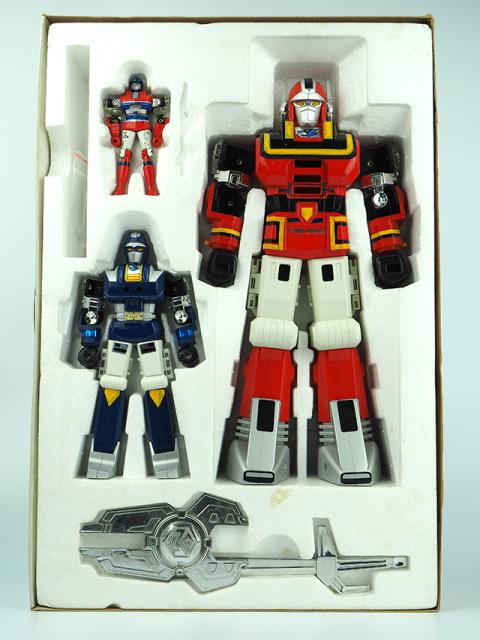 Rom Stol is the smallest of the three robots, and the main character in Revenge of Chronos. He's about 2.5 inches tall, and made out of diecast and plastic. The chest and lower legs are die-cast metal. The chest compartment opens up to reveal some chrome mechanics inside. It's Gardian counterpart, Protessor, can fit a small rubber figure inside - this one cannot. The construction and joint system stay the same.

He comes with a small sword, but I have the knockoff version (from a Taiwan set called Trans Bots) and apparently it's too big to fit in his hand. 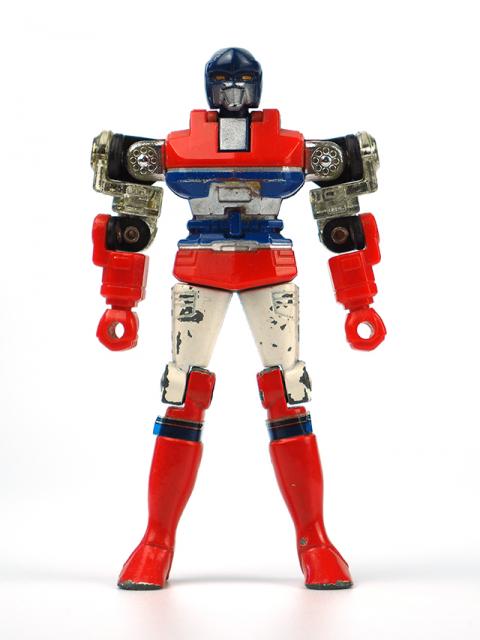 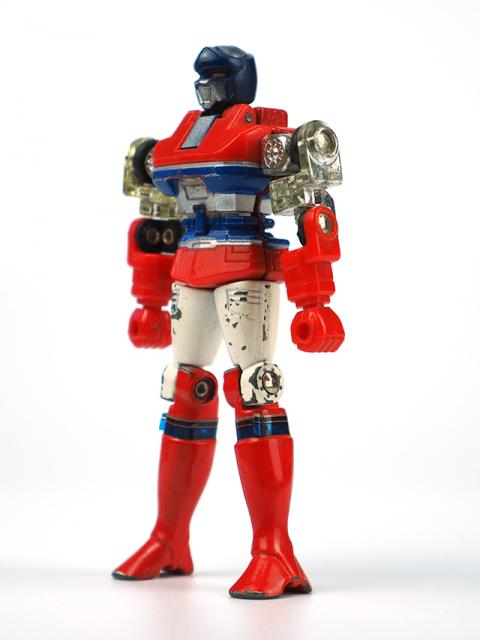 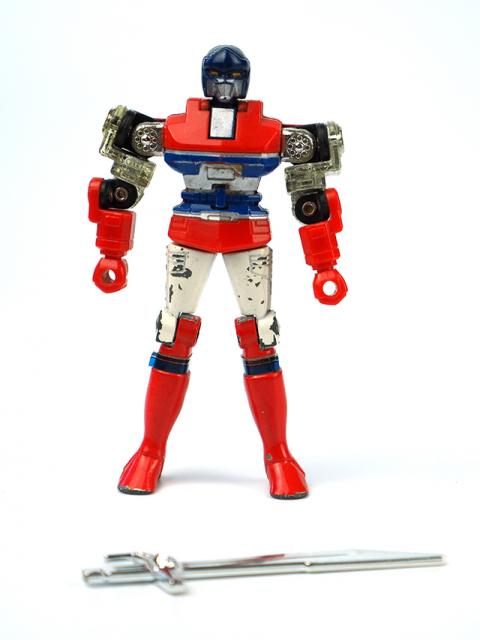 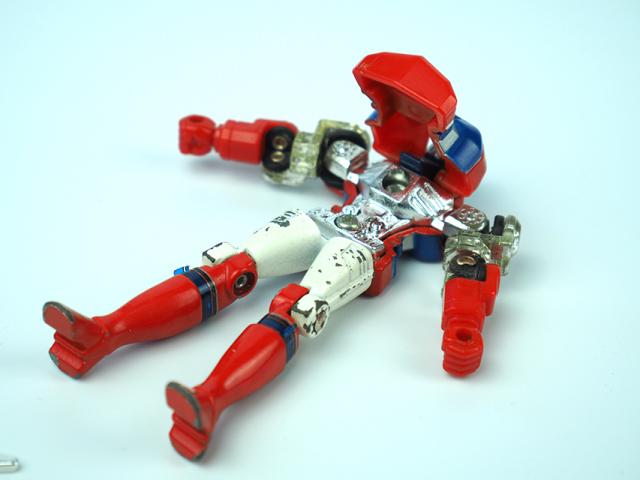 The blue robot is called Kenryū, and Rom Stoll fits inside him. Kenryū is a beautiful shade of blue, but fortunately not that fragile metallic blue plastic that Bandai used on Gordian. He's got metal in the chest and feet, and the articulation is about the same. He also opens up in the same way as his Gardian counterpart. Both fists fire, and he comes with a sword. The KO sword fits in this case. 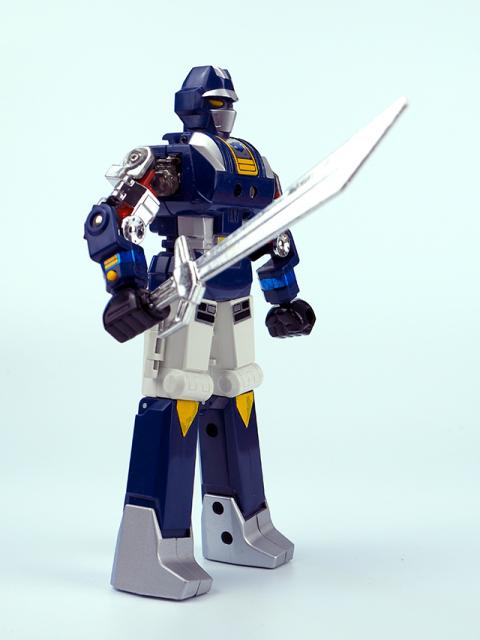 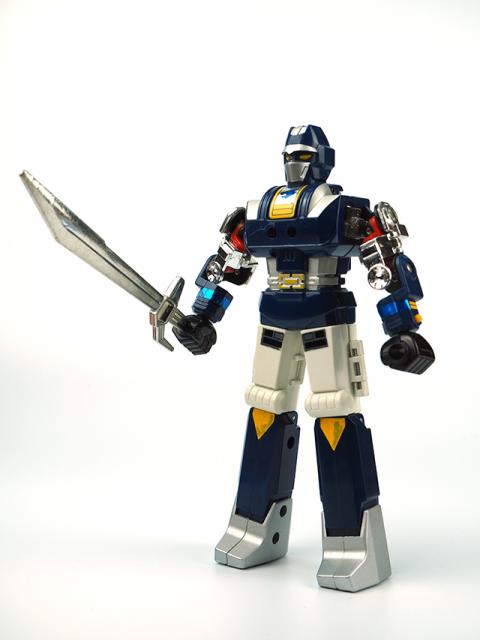 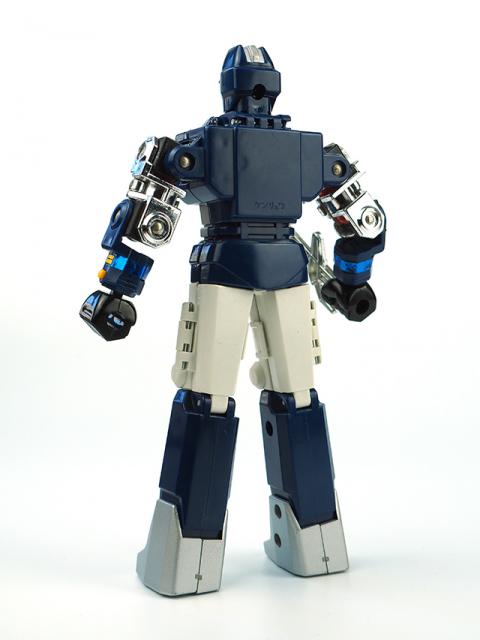 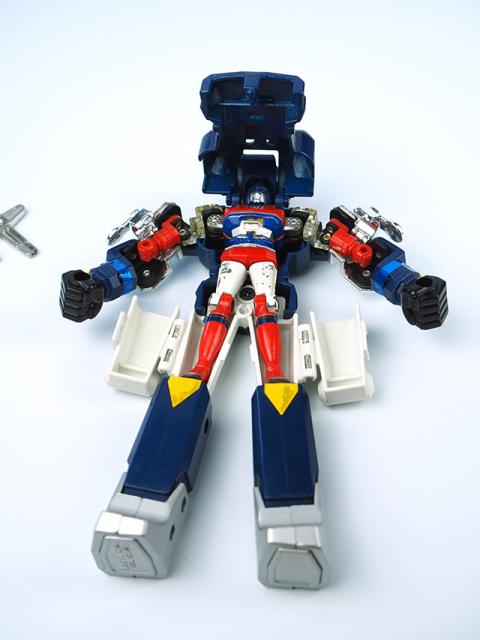 Here's Baikanfu without the other robots inside. Note that on mine, a part of the silver chrome upper arm covering on the right side is missing. I just realized it while shooting the photos, which bums me out. 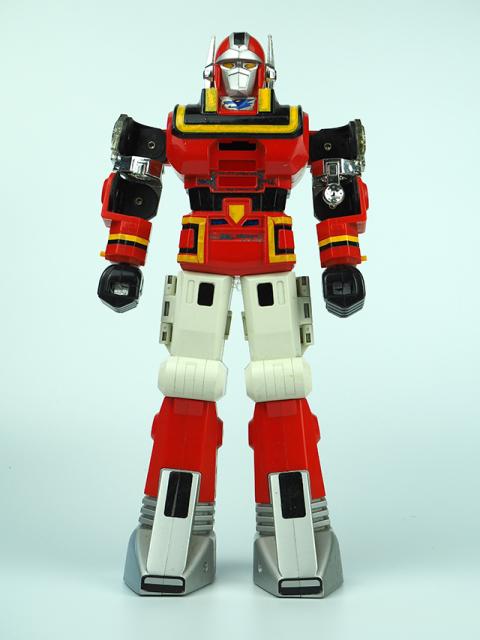 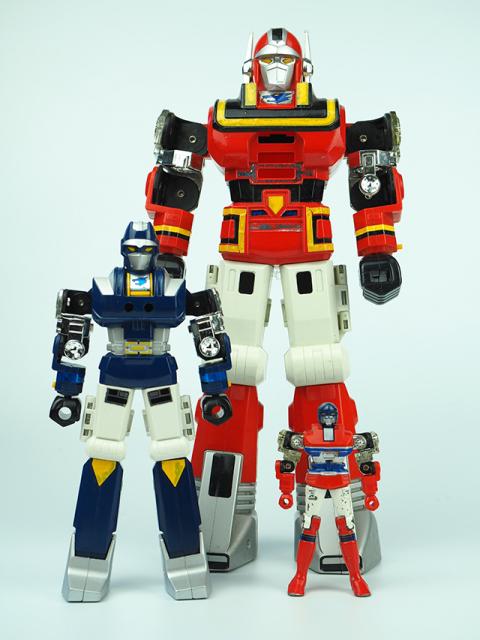 Baikanfu opens like Kenryū does, and they both nestle inside securely. The crome arm covers are tight - I can see why one broke. 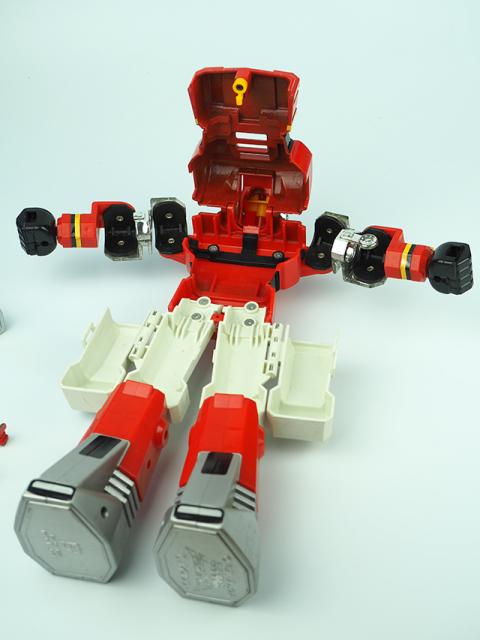 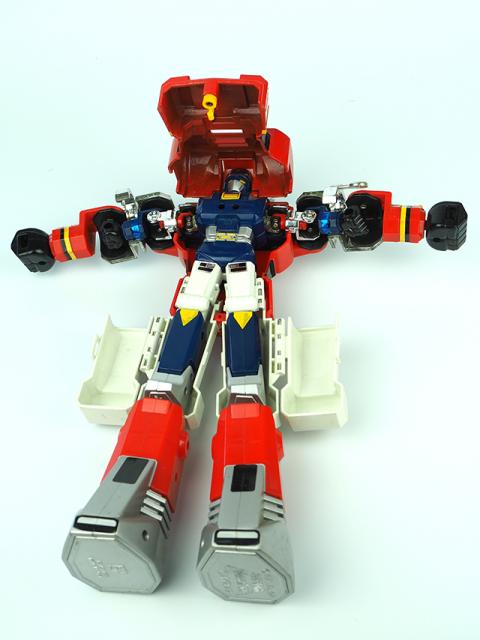 The chest and feet are diecast, the rest is plastic. The combination of the three robots gives the whole thing a nice heft. Knees bend, and so do the arms, but that's it for articulation. 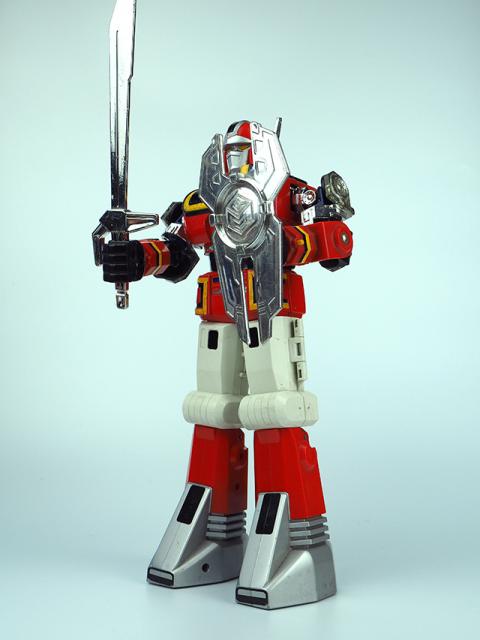 The KO sword works well, and the shield is original. Both fists fire. 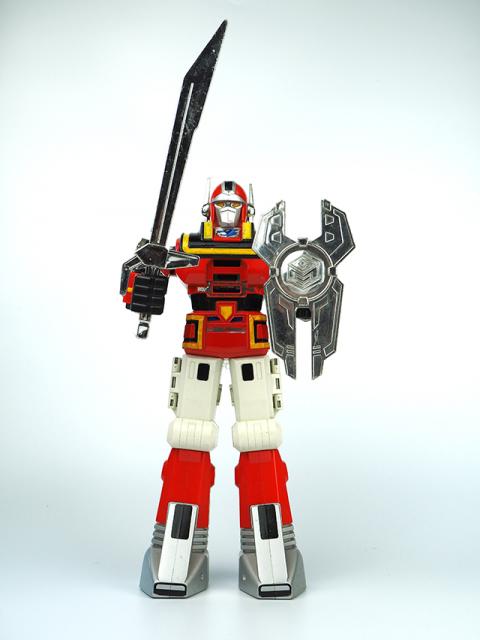 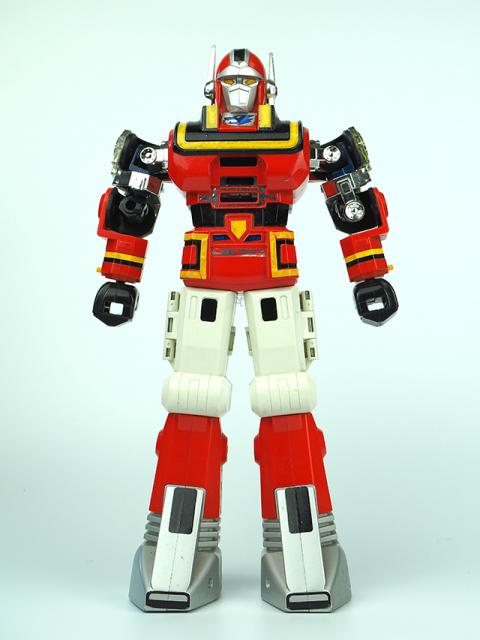 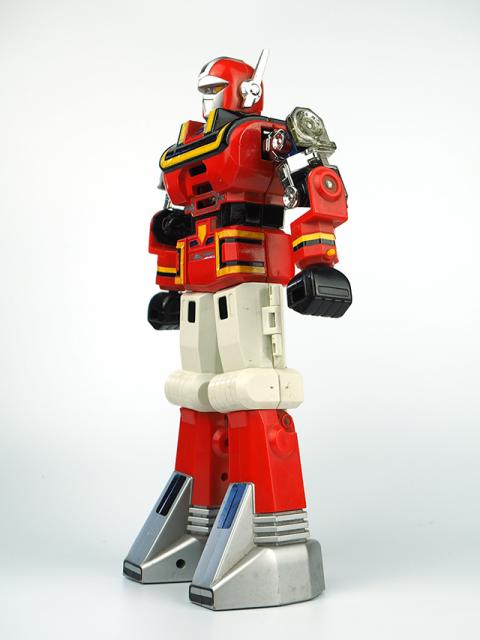 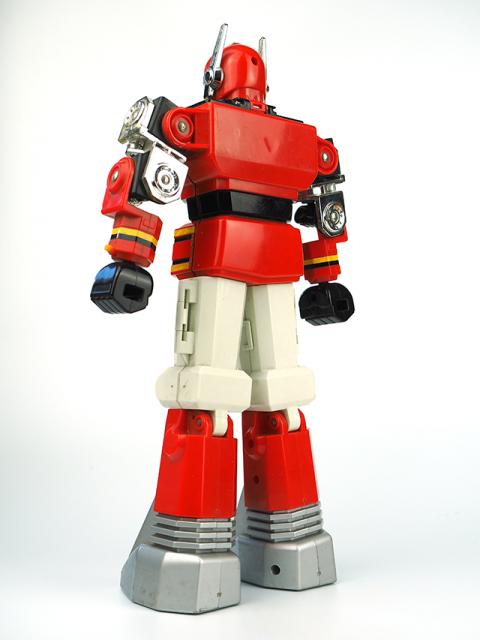 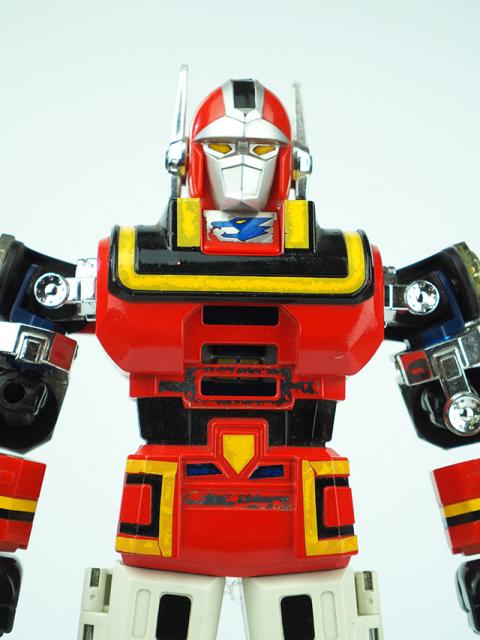 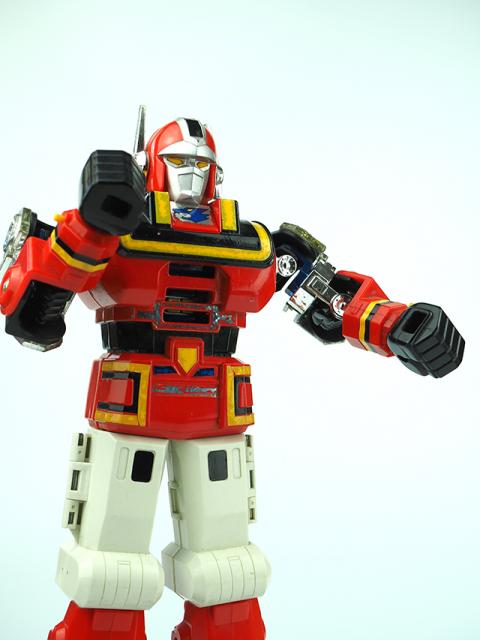 While people may call this a copy of the DX Gardian, it's actually an entirely different toy, that used an identical transformation method. It's a strange concept, but bootleggers have been doing things like this for years. It's just strange when a company does it to itself, only a few years after it's original release. 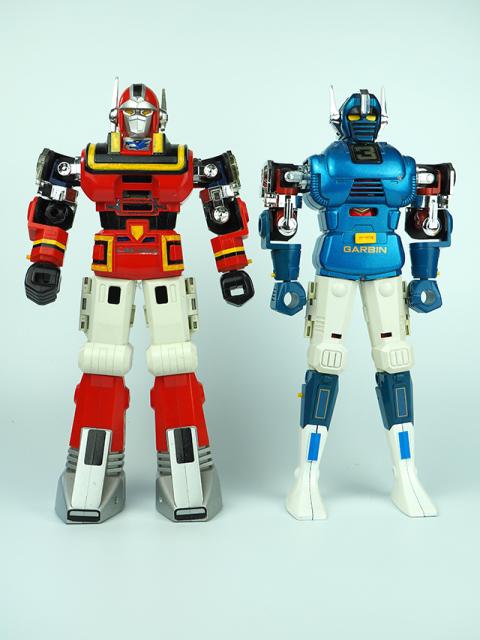 They both stand the same height, and both have chrome pointy antenna. Both use the same style covers that open to insert the smaller robot. Both have die-cast chests that have openings to see the toy inside. Both have firing fists. However Baikanfu improves on the legs by having a more secure stance, better knee joints, and removes the leg missile launchers. 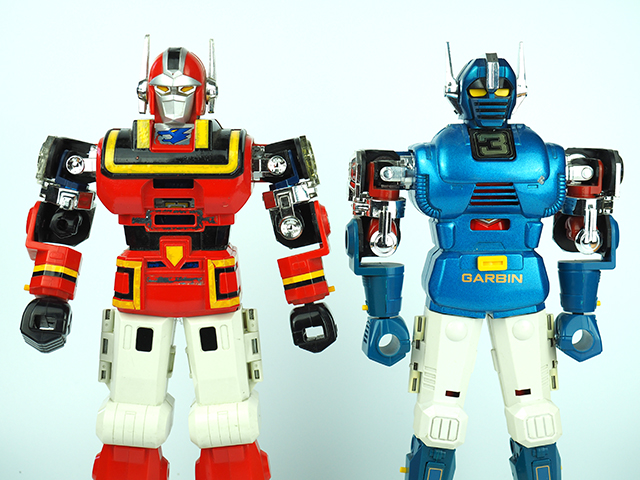 Just check out their side profiles. I'm not sure why they didn't just re-color the original, or at least use some of the same parts and save money on tooling. But nope, everything is original. Check out the chrome arm bits below. They are SO CLOSE to being the same, but just slightly different. 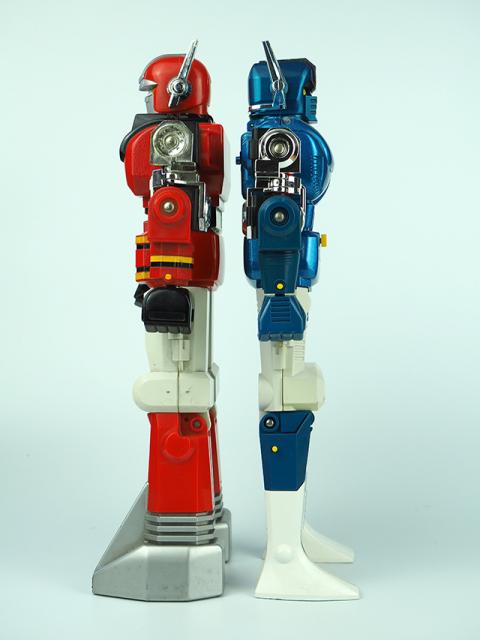 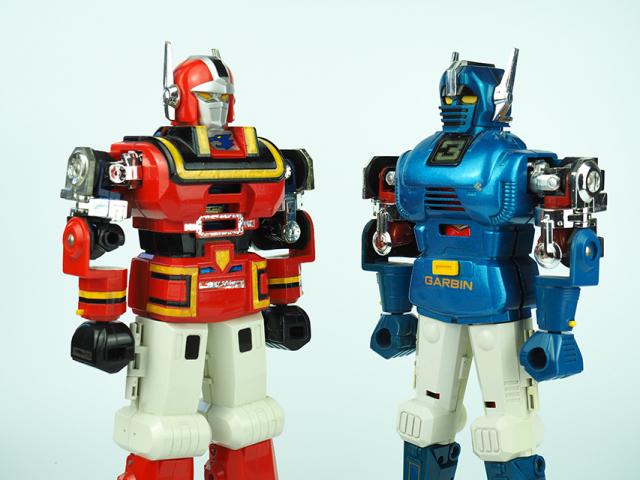 They are both cool toys though, and both deserve a place in your collection. Despite being part of the Machine Robo line, it feels more like it belongs in the DX Chogokin line, but either way I'm glad to have it.

Also, if you have a junker that has intact chrome arm covers, let me know!

Unlike the Bandai version, the Trans Bots version of this figure actually re-uses parts from Gardian. Rom Stol is a recolored Protteser, Kenryu has Delinger's body, arms, and thighs and Baikanfu has Garbin's body, arms, and thighs. Somehow, the makers of the figure managed to modify Baikanfu's and Kenryu's heads and lower legs to fit onto their Gardian counterparts, which may have required significant retooling, since Baikanfu's thighs seem wider than Garbin's.