Usually Japan gets the cooler toys, but thanks to Robotech coming to the states we actually got some mecha toys that Japan didn't get. The Robotech toyline by Matchbox actually included a full compliment of Bad Guy toys, which is something few toy lines got in the 80s.

In the states the Zentradi Powered armor came boxed with great artwork in front (seen here) as well as a sticker sheet and a weapon. The fully assembled Powered Armor towered over the regular action figures in the line at 7 inches tall.

This toy is remarkably well built. It's got a full range of articulation, excellent paint apps, and even an articulated shoulder cannon. 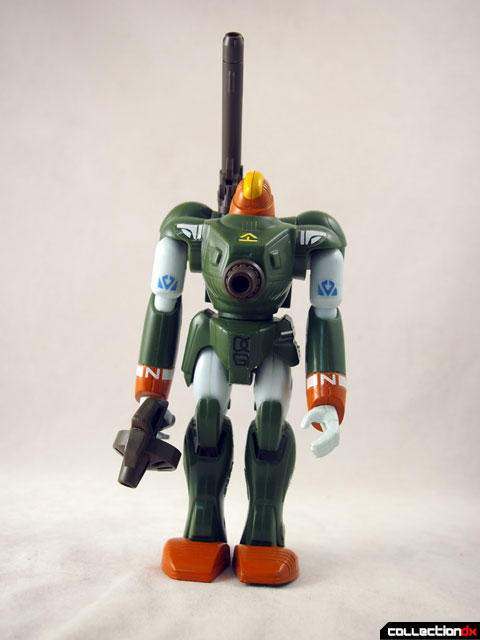 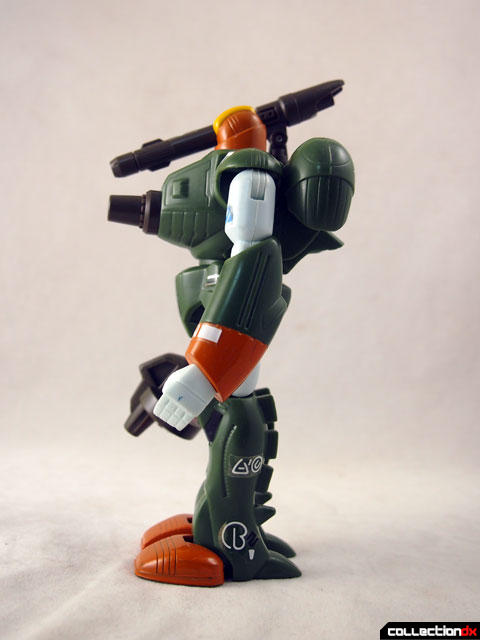 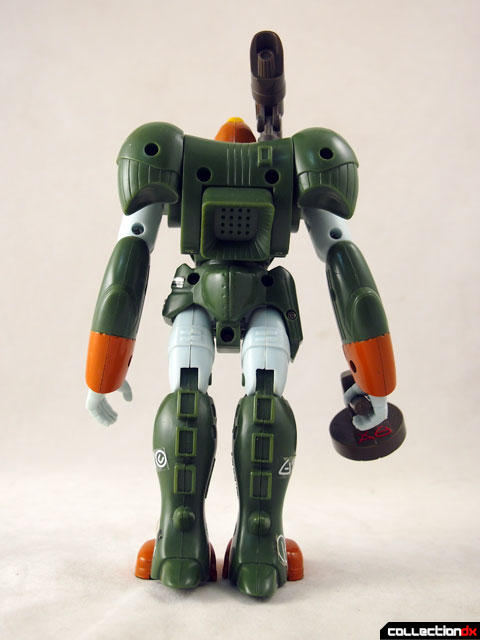 Despite having 17 points of articulation, several of the points are hampered by just being simple swivel joints. While they move, they don't allow for dynamic poses. The legs are a good example of this. Of course we're counting the cannon articulation on the shoulder and the cannon on the front. 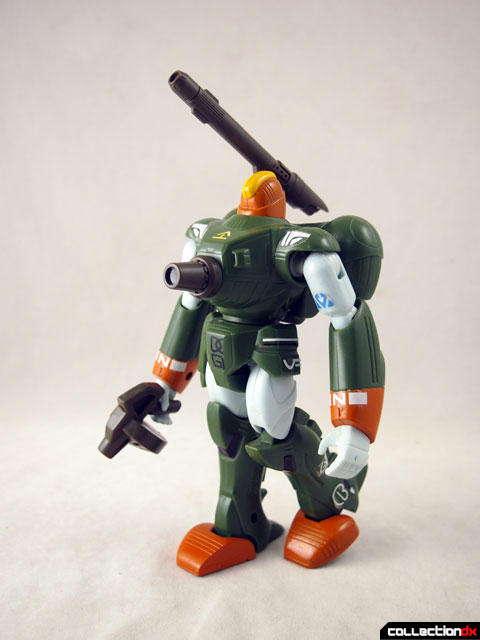 It's odd considering the amount of movement that is included in the arms. The gun is removable. It's simple, but it gets the job done. 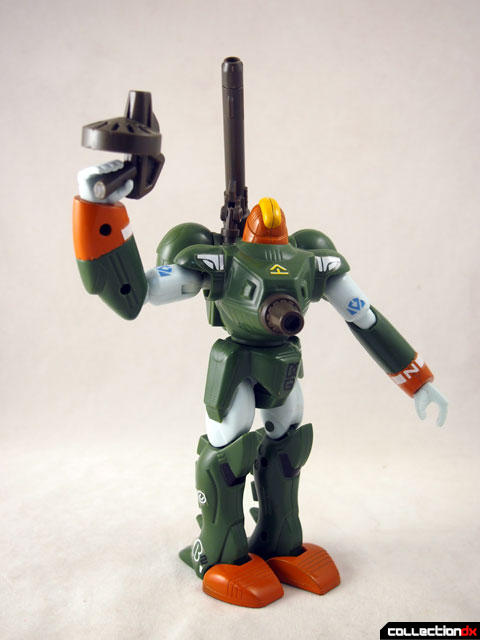 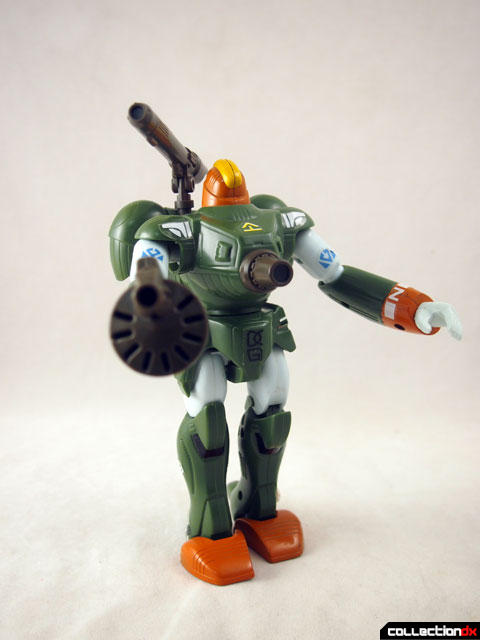 One thing that bothered me about this toy, and the Robotech toy line in general, is that why did they choose THIS design instead of the more popular Queadluun Rau? As a kid it seemed really odd that this design was chosen, as the Q-rau was much more iconic and got lots more screen time. Was a Queadluun Rau planned for a later series of toys? The world may never know.

In 1995 Playmates got ahold of the Robotech license and re-issued many of the toys under the Exo-Squad line. They released the both the blue Quadrono Battalion version, and the green Botoru Battalion on Exo-Squad branded cards. The re-release has a darker paint scheme with black weapons and cannon instead of brown.

2 comments posted
Given their toyline as a

Given their toyline as a whole, I don't think the people at Matchbox really watched the shows to get context. They just picked a bunch of designs and put them out there as toys regardless if there would be a demand.

I like how there's a little "refueling receptacle" symbol pointed towards the front of the helmet. Although it makes sense, I mean, that *is* where the food would go...