Four Star was the most inspired bootlegger of the eighties, mutating its copies of Dinobots, Insecticons and Constructicons until the original molds were all but unrecognizable. Four Star created at least two original toys though, the venerable Tri-Fly and his companion Spy-Fly, released under both the Transistor Robots and Transfer Robots labels.

While it took me awhile to get hold of a suitable Try-Fly specimen, I at least saw a few of them knocking around over the years. I still see maybe one or two a year on ebay, usually in various states of disrepair (these were not sturdy toys). Not so with Tri-Spy. There’s the Super Toy Archive entry (where I first discovered him), a few mentions of the piece on various TF forums, a pretty good youtube review, and that’s about it. This is an exceedingly rare bot.

And it happens to be one of my grails. A very humble grail. There’s only a handful of these toys in circulation, but there’s also only a handful of collectors who realize they exist, and a presumably tiny fraction of that handful who would care to own such a homely thing. Happily I am one such collector, and it gives me great satisfaction to bring this to your attention.

A word on fit and finish: This is a very brittle toy. The plastic is uniformly fragile and thin. You can see and feel the parts strain when you move anything. This was a cheap toy, and it’s a miracle that any survived.

Design-wise, Tri-Spy is a confusing piece. It’s really a straightforward helicopter/robot transformer. However, two spider modes have been clumsily shoe-horned into the mix, with limited success. I personally would have left it at one spider mode (you know, having named the toy ‘Tri-Spy’ as opposed to ‘Quad-Fly,’ and with a single spider mode already kind of a stretch), but this is Four Star.

The four modes are pictured on the fragment of box included in my purchase. Also pictured is the original decal sheet. I’m still deciding whether to apply them. 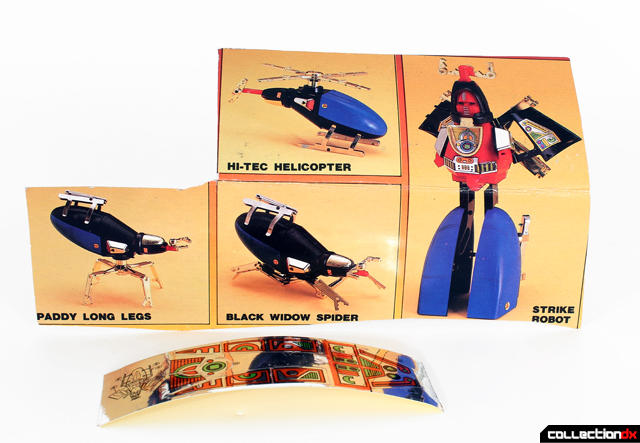 The helicopter mode is the most well realized of the four. It holds together nicely and looks good from any angle. The rear rotor is a little goofy, though. 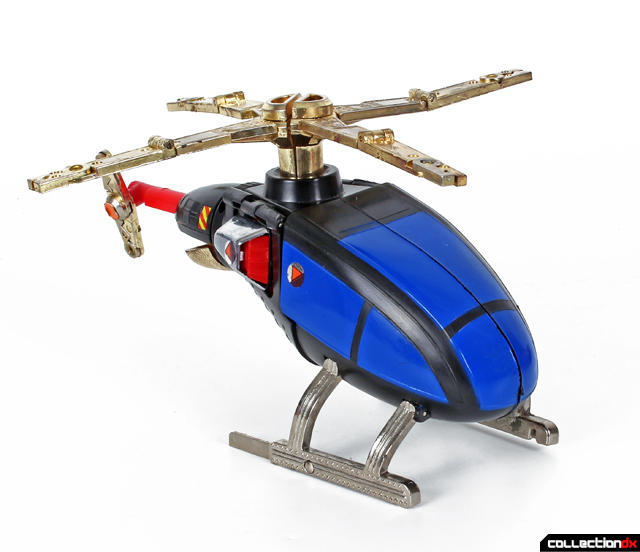 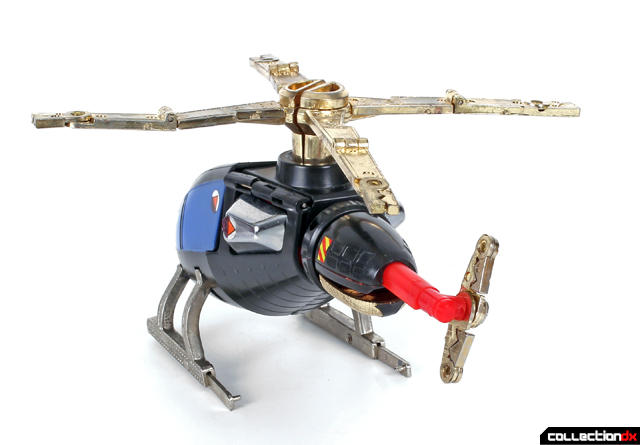 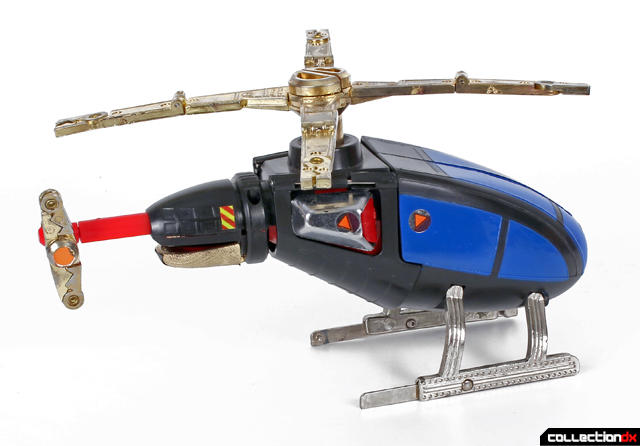 The landing skids are diecast metal. While the rotors look metallic, they are in fact plastic. Four Star’s gold plated finishes are easily tarnished. I like the intricate molded detail. 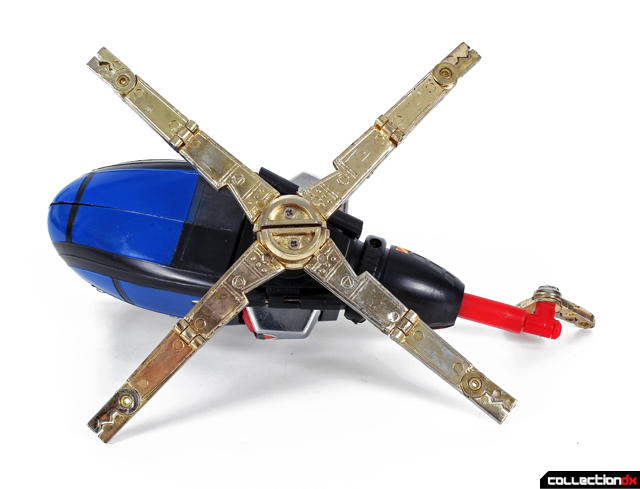 To transform into the spider modes, you pull out the main rotor and collapse the rear. The rotor assembly separates for the Black Widow mode. 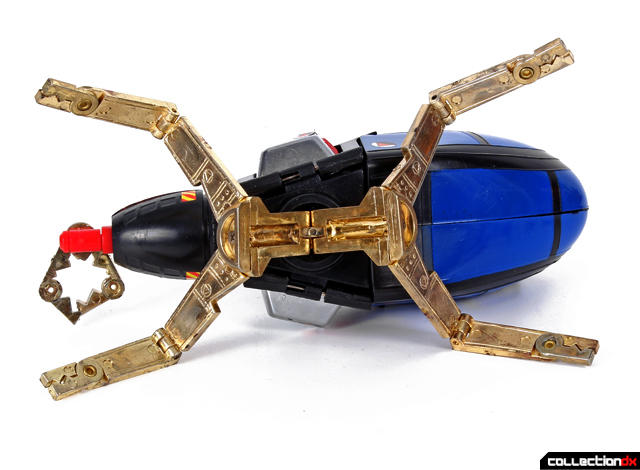 The rear skid extensions fold forward and the skids fold slightly around the body. The Black Widow is in fact black, and vaguely arachnid in appearance, though lacking half of the necessary legs. The four legs don’t really work or make any sense. This mode just looks broken to me. 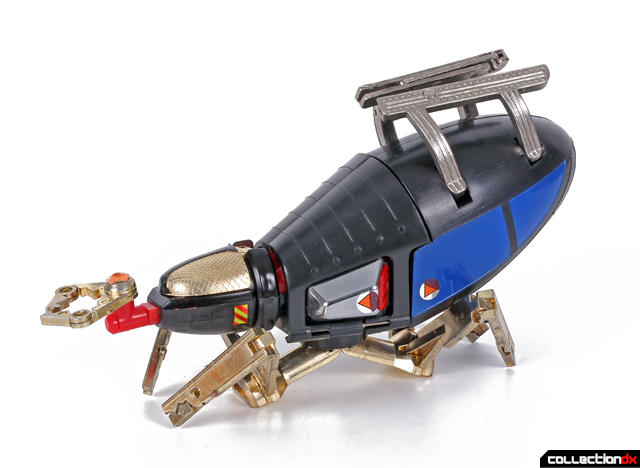 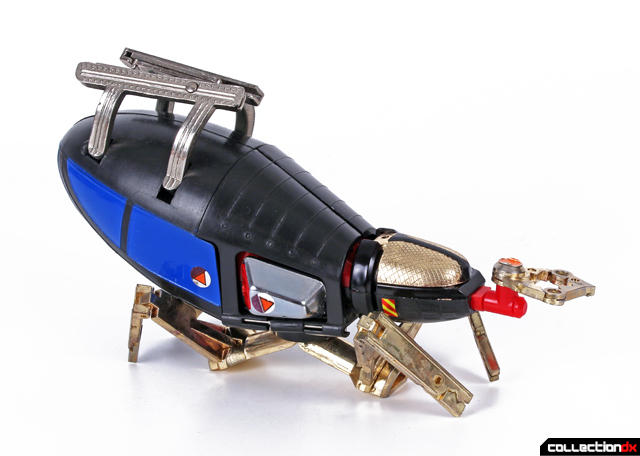 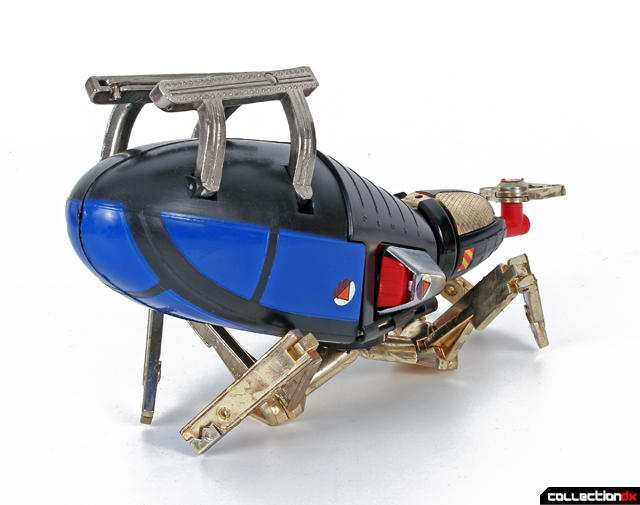 Daddy Long Legs fares a little better. It’s identical to the Black Window but the leg/rotor assembly is closed. This certainly feels more spider-like. Each appendage has an articulated claw at the end. 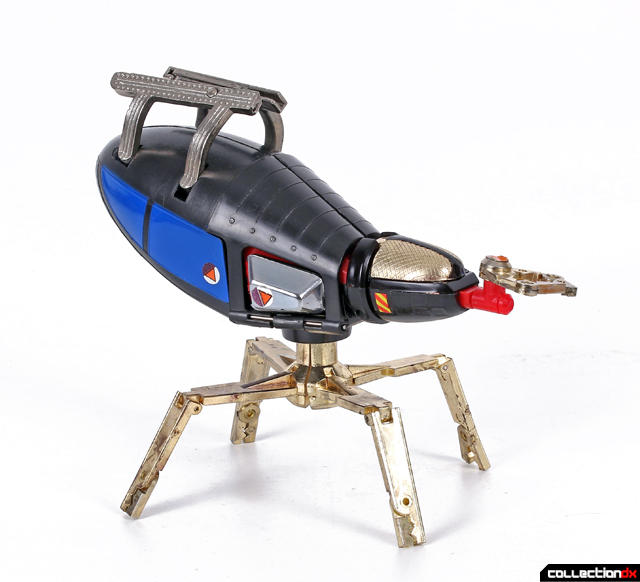 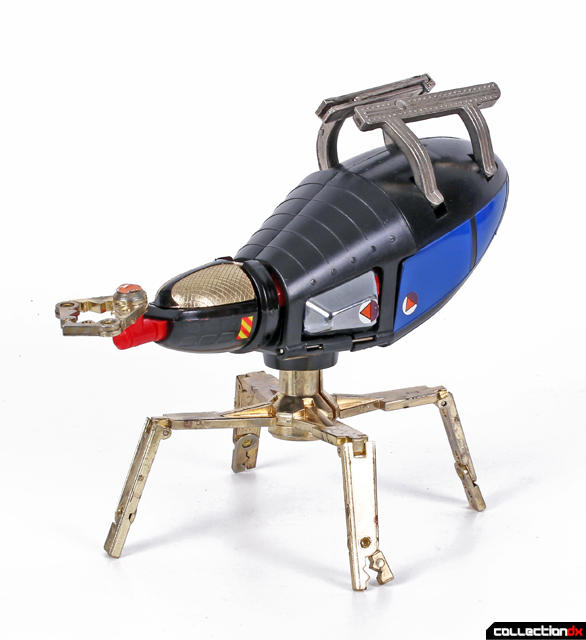 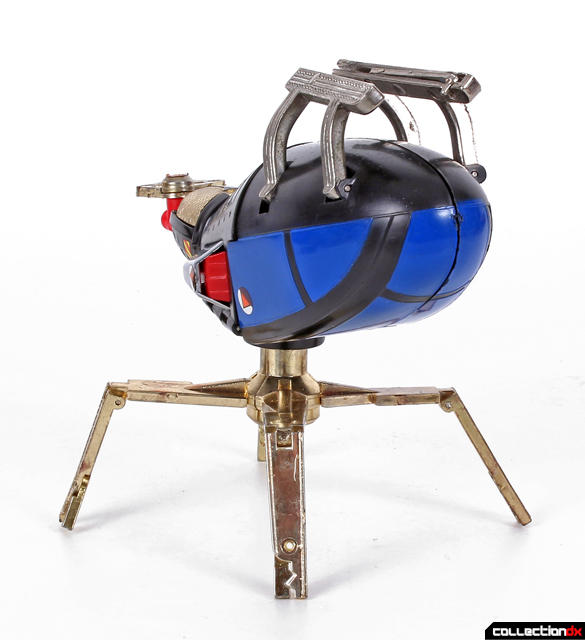 To change into robot mode, you fold up the rotors, flip down the bug eye panel, separate the rear body panels (in the Dinobot fashion) then pull apart and unfold the front cockpit to form the legs. The legs are a little precarious. The underlying structure is made from a rubbery, insubstantial plastic. Getting the leg panels situated is tricky, but they fit into place snugly. 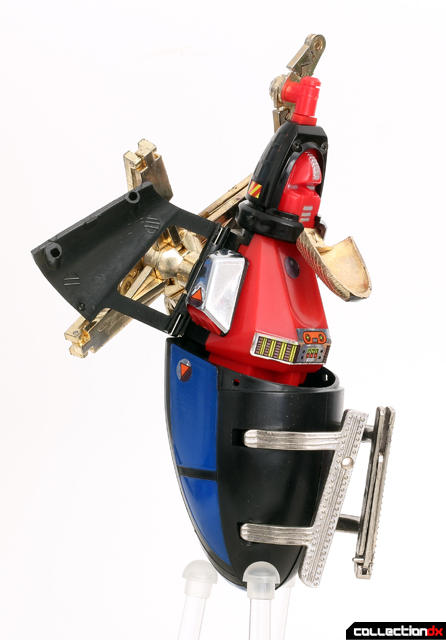 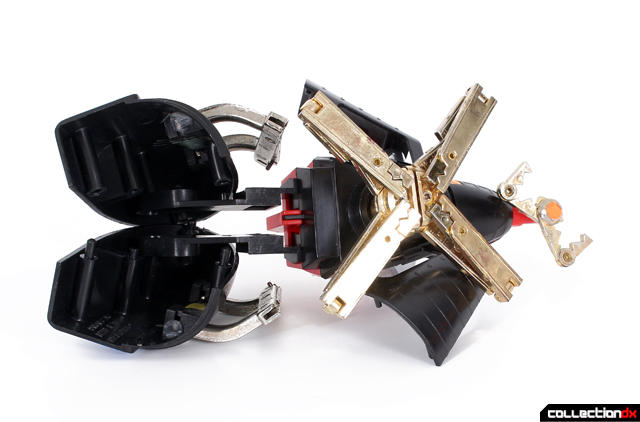 Fully transformed, Tri-Spy cuts quite a figure. “But Enthusiast,” you say, “You forgot to transform the arms.” Nope. That’s what you get. TIny widdle arm pieces telescope from those chrome tanks. I find them charming. 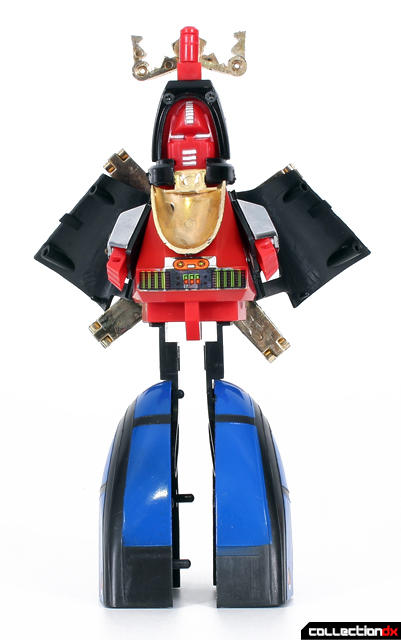 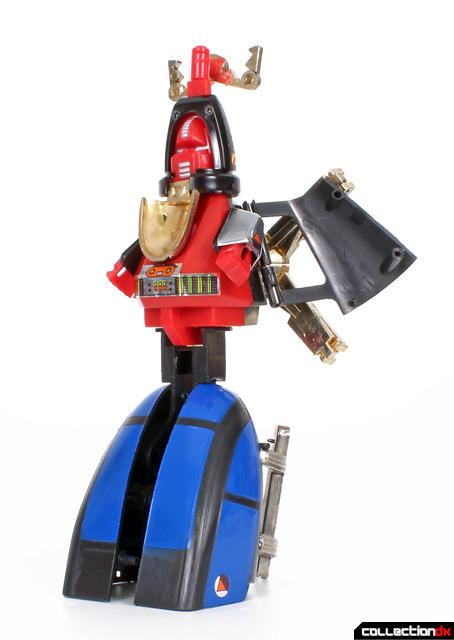 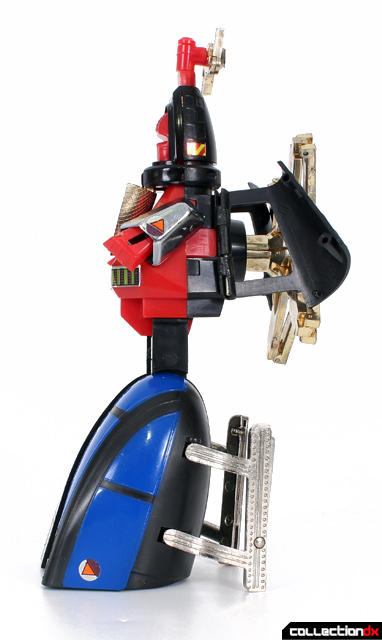 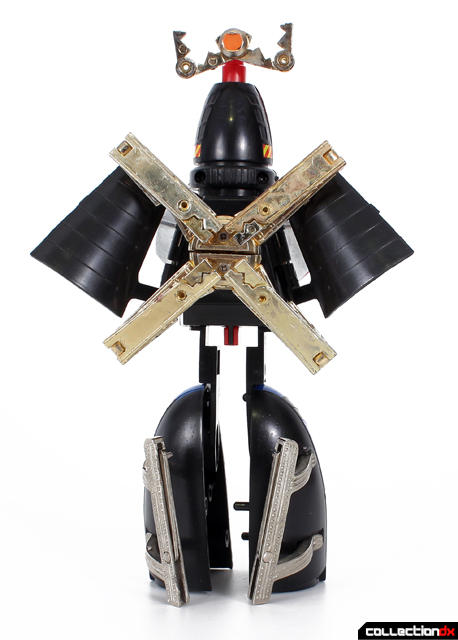 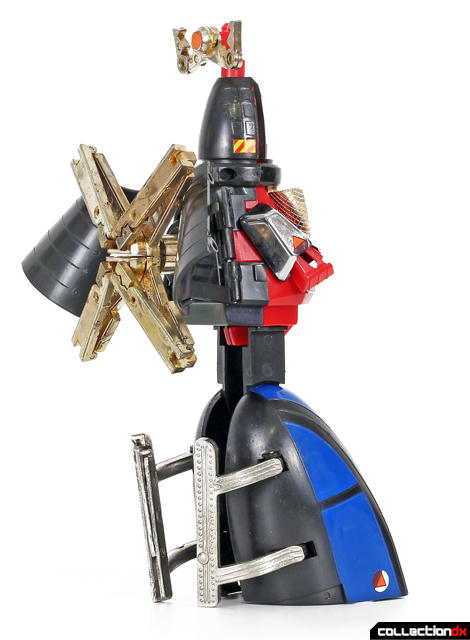 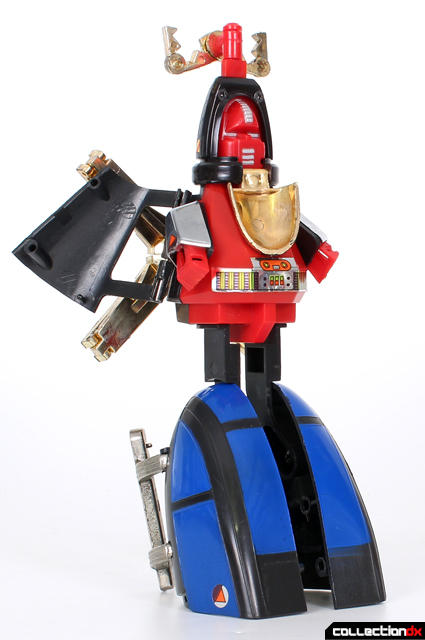 Articulation is limited to wagging the nub arms around. A couple of guns were originally included, but I don’t have them. 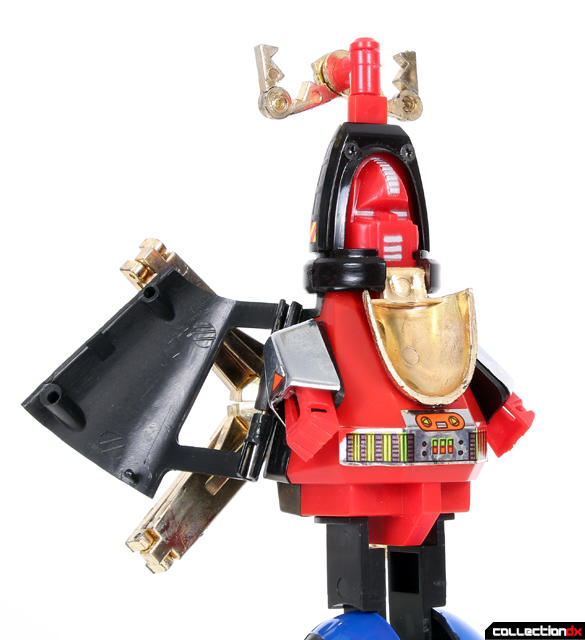 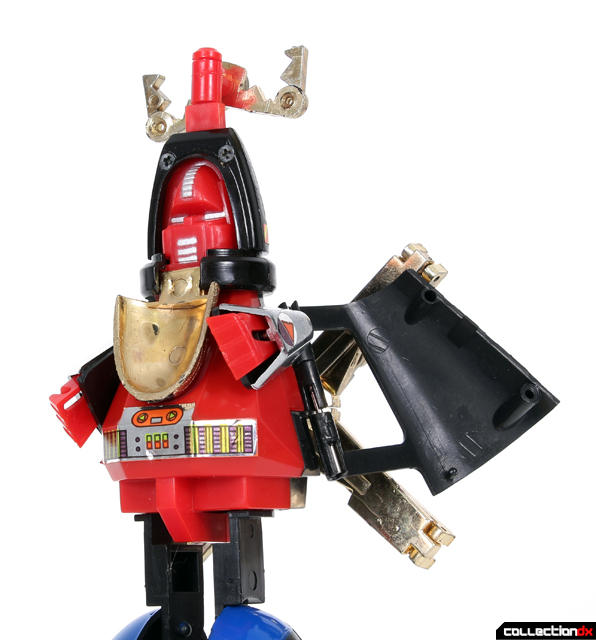 I get a samurai vibe from the styling. The proportions are all wrong, but the gonzo boldness of the design succeeds on its own merits. The thing is just so proudly, defiantly ugly.
A void in my collection and heart has been filled. 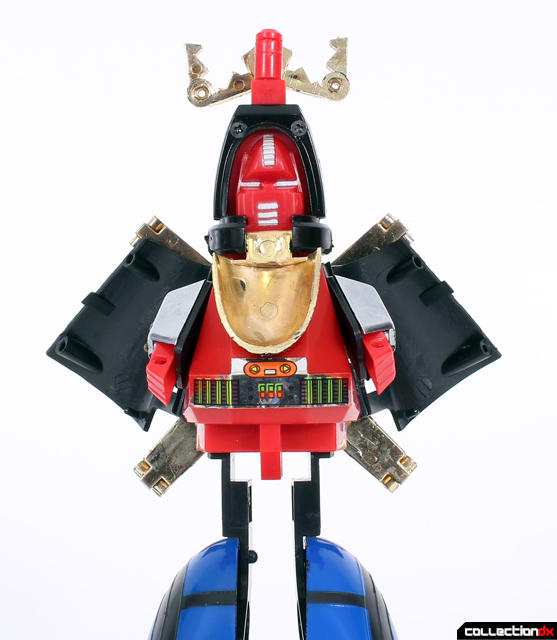 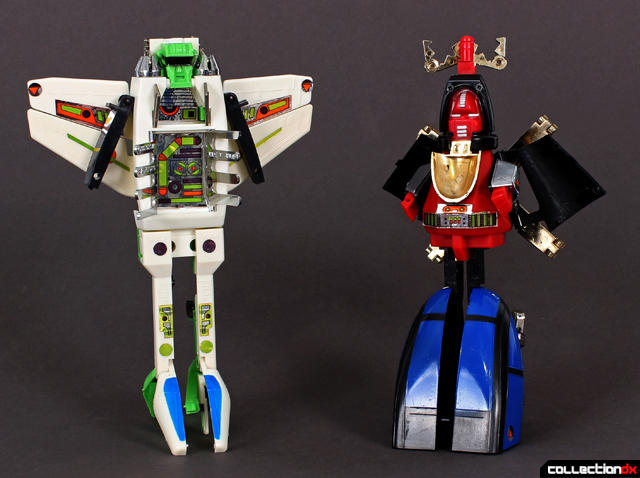 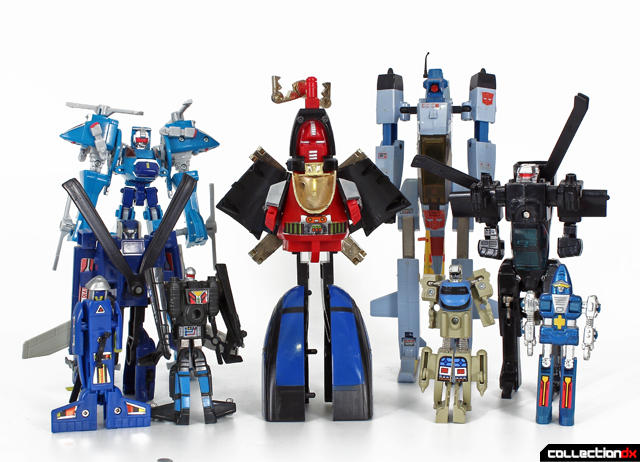 3 comments posted
Thank you for reviewing these

Thank you for reviewing these strange toys Enthusiast. I never knew these existed. The idea is good but the execution is terrible. On the other hand, it has a charm I can't describe.

Wow, this is incredible!! I love the "daddy long legs" mode.