One of the more unusual releases of the 1980’s GI Joe: A Real American (1982-94), was Listen n’ Fun Tripwire. Most kids at the time did not even know this even existed and I would have not known about it either if I had not accidentally walked down the book aisle at a local Target store in 1985. 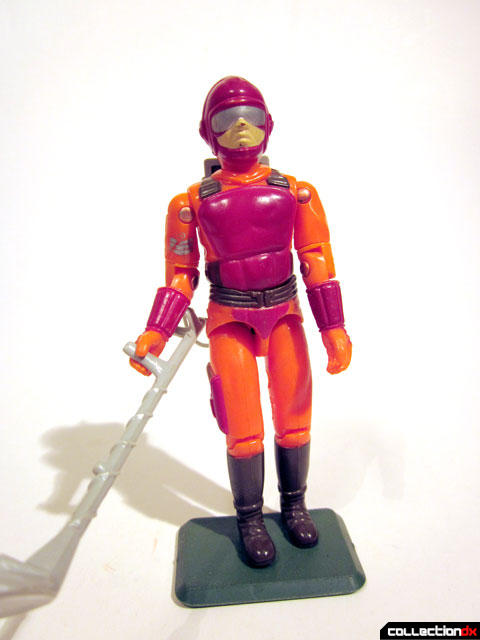 The Listen n’ Fun Tripwire was Hasbro’s attempt at doing a multimedia, interactive series of toys and was sku-ed to be sold in the book aisle of toy departments as opposed to being pegged with the rest of the line in the toy aisle. Another reason why it was not generally known to most GI Joe collectors is that it was not even mentioned in the colorful GI Joe fold out catalog that was inserted in all the vehicles and playsets. 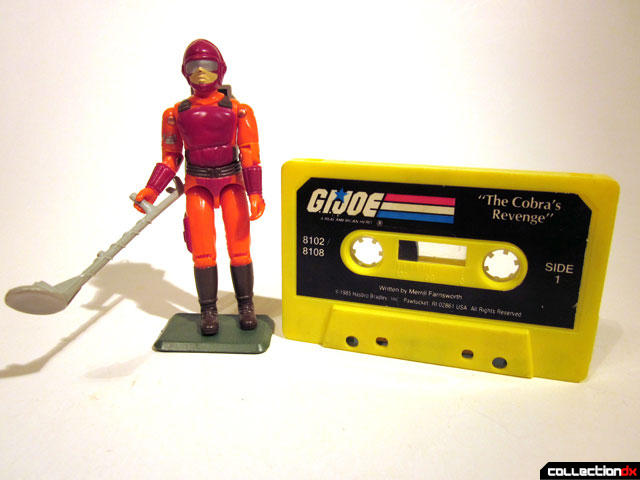 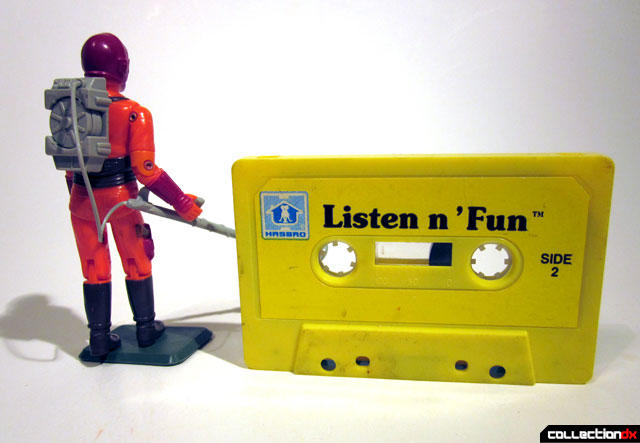 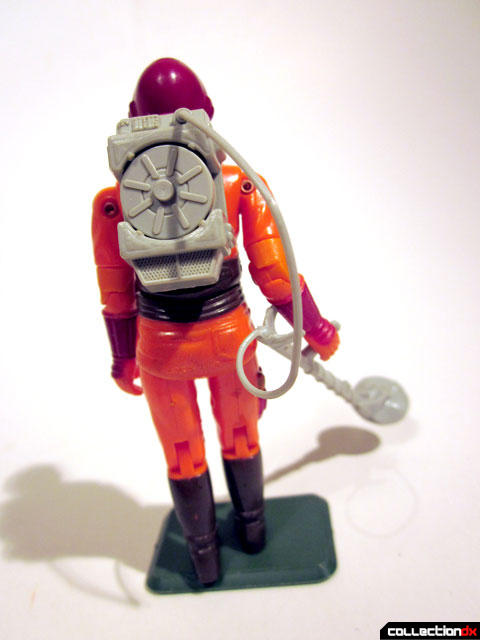 There were two reasons why I bought this figure at the time. One was that is that if I had not seen it by walking down the wrong aisle I would not have know that it existed. Being a huge GI Joe fan and collector at the time I had to have it. Second out of all the GI Joe figures my number one favorite figure was Tripwire. So it was double cool to me at the time that I had an alternate version of my favorite figure. 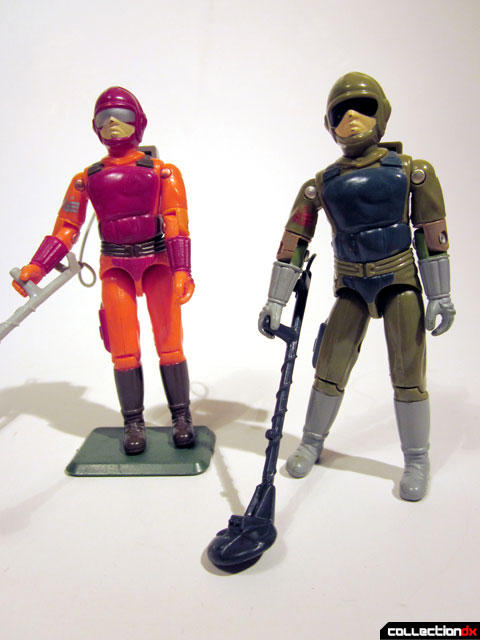 Listen n’ Fun Tripwire was a reissue of 1983’s Tripwire figure but molded in day-glow orange and alternate light grey accessories which were different from the dark green of the original Tripwire release. What was odd about the figure was that it was molded in day-glow orange. This predated the GI Joe era when every figure was produced in dreadful day-glow colors in complete polar opposite of the real military. I was able to justify Tripwires orange color by thinking it was a gas suit that changed colors when it came near chemical or biological gasses. 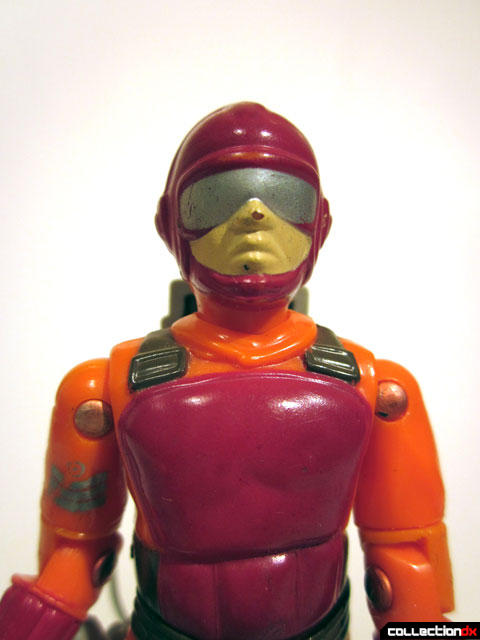 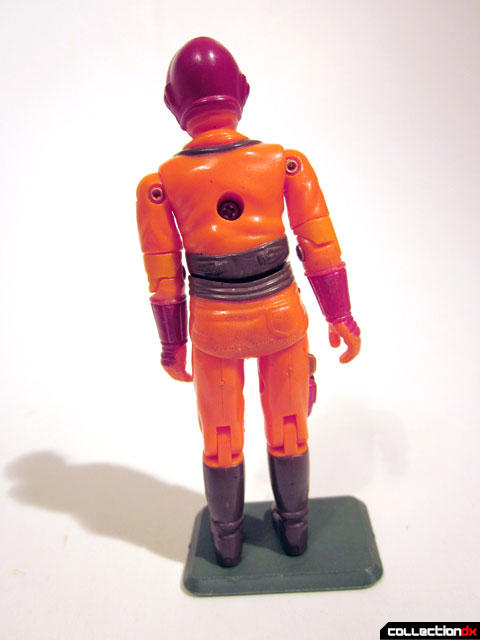 US GI’s in WWII such as D-Day on the Normandy coast wore such brassards on their shoulders that changed colors when it was exposed to gas. So it was in the realm of possibility Tripwire would wear such a suit, especially if he was in front line. 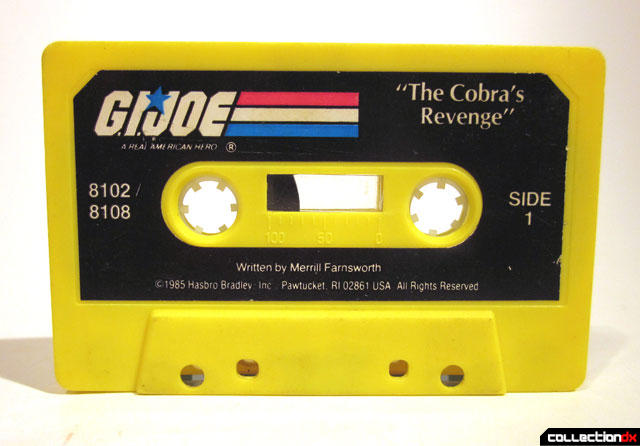 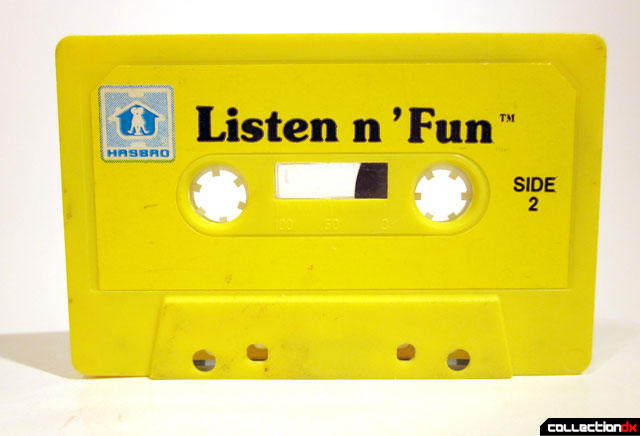 “Multimedia” in 1985 meant the figure came with a cassette tape. The cassette adventure entitled “The Cobra’s Revenge” was a 13-minute adventure with Tripwire as the hero of the story, which is interesting considering that Tripwire was a secondary character which never received much screen or page time in the cartoon or comic book. The cassette featured different voice actors than the Sunbow TV series.

Although not remembered by the casual GI Joe fan, Today Listen n’ Fun Tripwire is a sought after figure to complete the 1985 GI Joe figure releases and one of the oddest releases of the 1980’s GI Joe era.

©2010 Article and Pictures by Leonardo Flores

OMG,I actually had this,but never would have remembered it on my own! Funny thing is,I was hardly a Joe collector. I probably owned about 6 Joe figures total throughout childhood.

Was there another one of these for a different figure line? Maybe transformers? I feel like I had a different one as well as this.

I'm pretty sure my sister had the MLP one,too.

Posted by kidnicky on 2 December, 2010 - 17:40
The Transformers audio tape stories were insane

No really, we have global disasters, Megatron insulting Soundwave and Prowl screaming "OUR MISSILES"...okay okay, it was in one story (When Continents Collide) but it's a meme in the TF community, though not common