Bootleg toys can be inspired experiments or degenerate garbage. Usually the distinction is obvious. The Robosaur Brontosaurus, however, is garbage cleverly disguised as inspired experiment. At first glance, it appears to be a creation of Four Star, the genius eighties bootlegger. While the Robosaur shares certain qualities with a Four Star bot (creatively re-sculpted elements, unique additions to the base mold), the execution is inferior.

Brontosaurus is packaged in a decent window box. The graphics and photographs are nearly professional, but the awkwardness of the toy is immediately apparent. 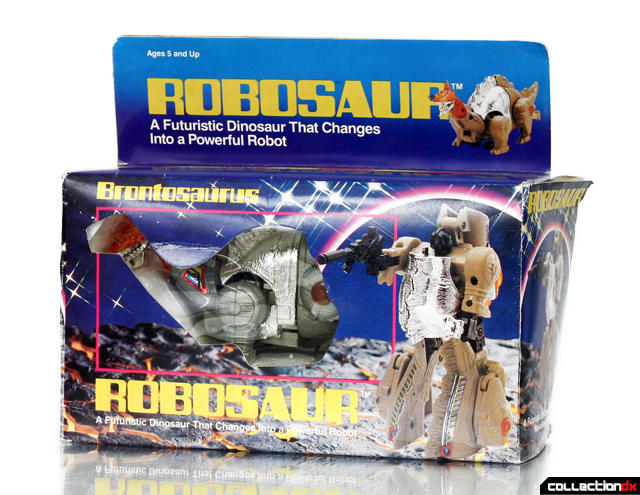 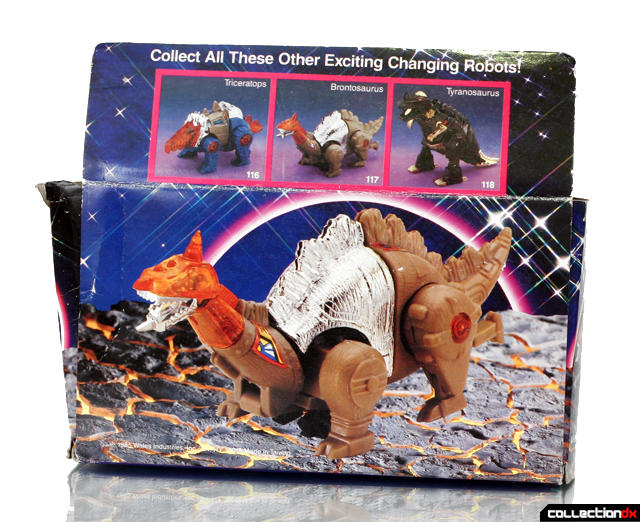 The figure rests in one of those bare bones styrofoam trays that is obviously used for all of the figures in the line. Accessories consist of a sword and gun. 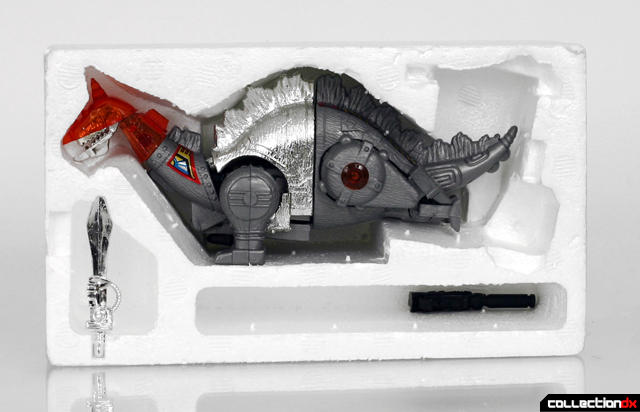 The Brontosaur mold is based on G1 Sludge. The back has been reworked to include ridge armor plates. There's all kinds of strange choices here. The frontward portion of the back is chrome plated, the body has been sculpted with furry surface detail, there's a pair of tiny vestigial legs near the tail. 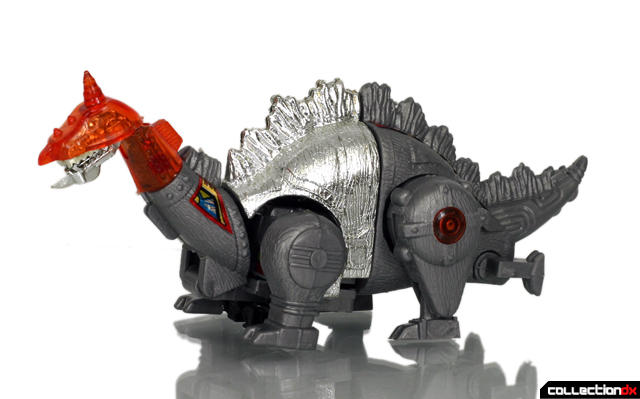 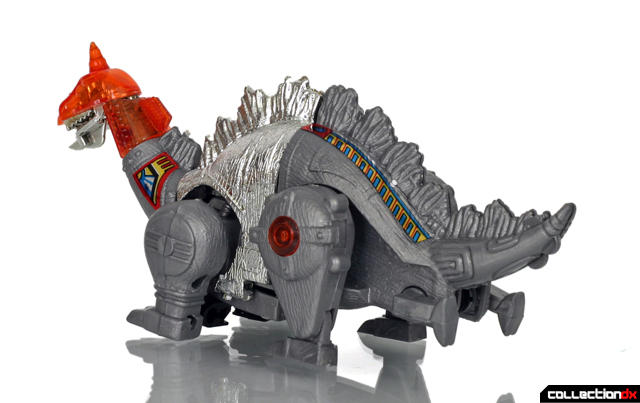 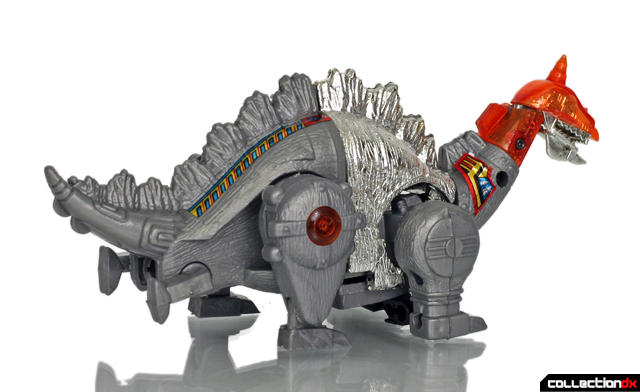 I like the addition of transparent elements. The head, in particular, is awesome. Did Brontosaurs have unicorn-like horns? The clear armor over silver armature is beautiful, evocative of Microman. 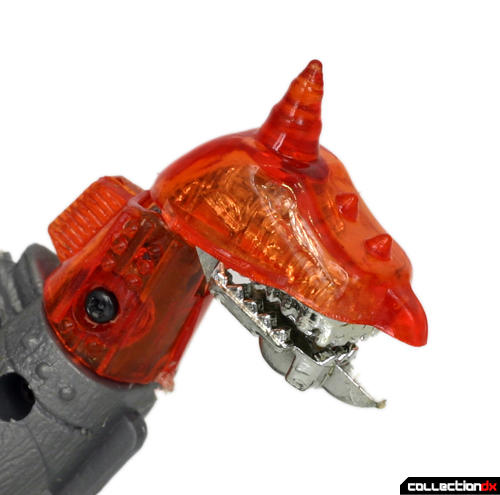 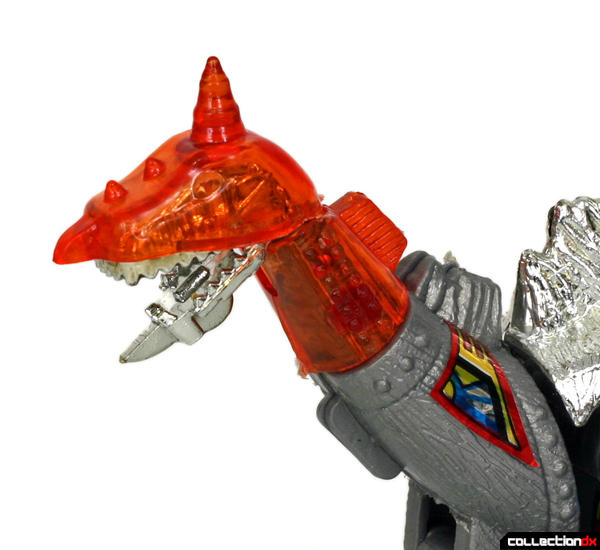 While the dinosaur mode has its charms, the whole thing goes to hell in robot mode. Transformation is awkward. The tail needs to be tucked under the awkward chest piece. 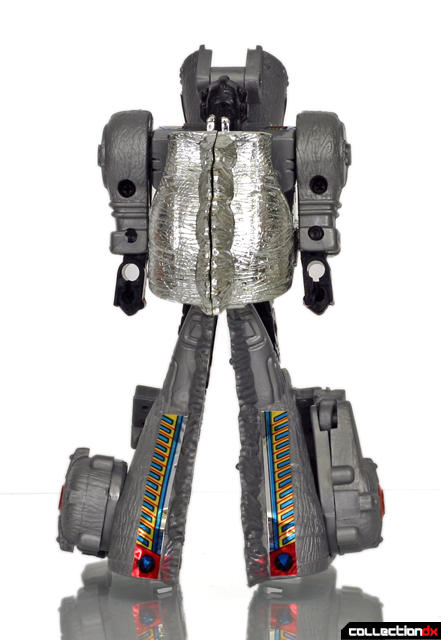 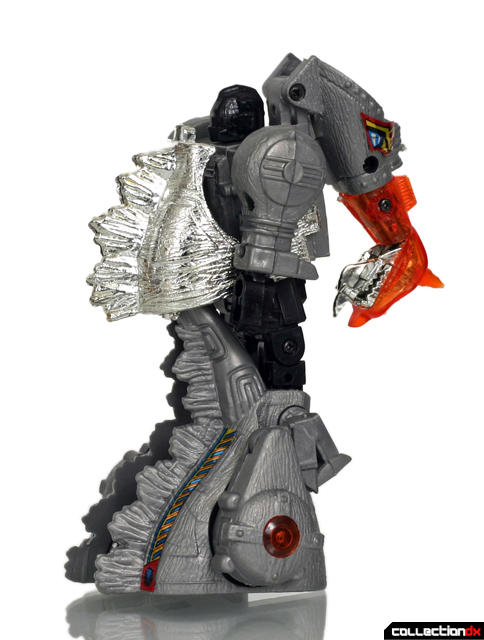 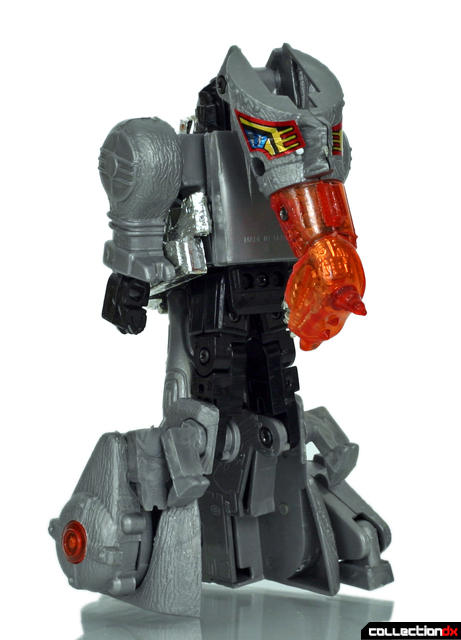 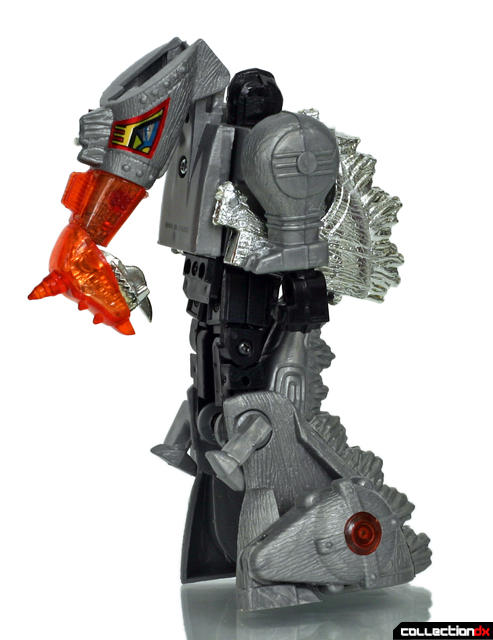 The head, oh god the head. Could they really not improve upon this soft plastic lump? What a failure. 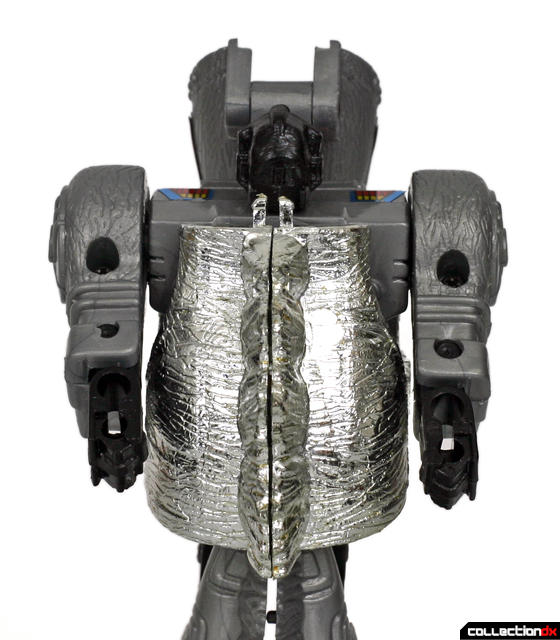 Nothing of value has been added to the bot. Its a dumpy, unlovable blob. 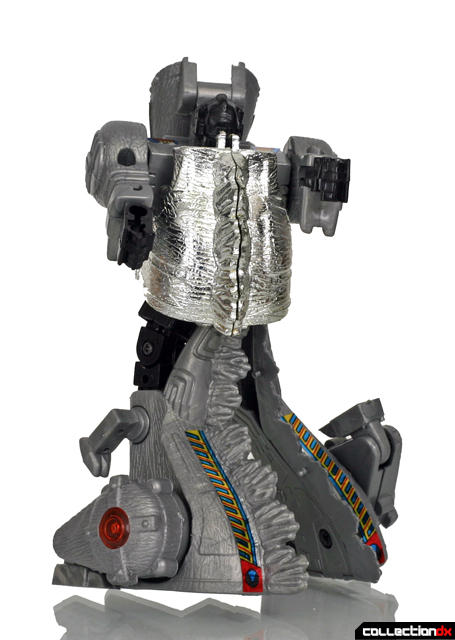 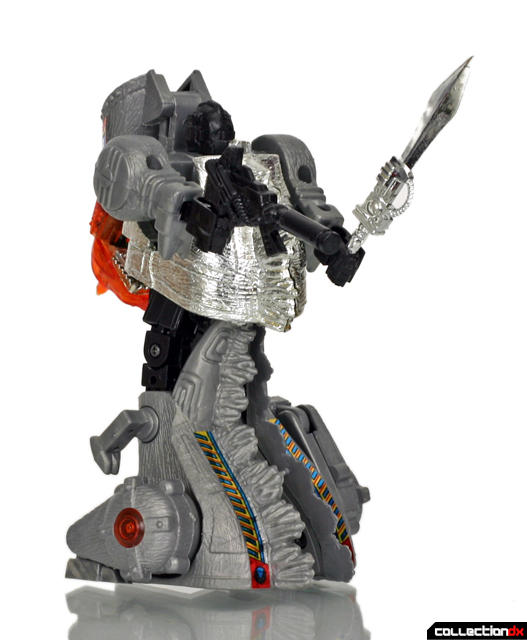 Uh, are you sure you finished transforming it to robot mode? At least on the real toy, those chrome parts across the chest spread open and go behind the arms on the back, revealing the actual robot mode chest.

I thought the exact same thing when I looked at it, that it looked mis-transformed. But then I saw the image on the box and apparently it's supposed to be that way.

Wouldn't be the first time photographs on toy boxes or catalogs showed the toys mistransformed.

Nope, those pieces are fixed. The hinge has been molded into one piece.

Wow, that is a bummer.

This is utterly charming, I love it. All that texture... the bizarre head... a masterpiece of crap.