Radio man is a very different toy. On paper, it’s quite similar to its obvious inspiration. A transforming radio with a similar scale, form factor, and organization. In execution, Radio Man is a pathetic joke, but endearing in its total ineptitude.

Radio Man’s box evokes a certain low-brow, discount electronic store style- not bootleg exactly, but cheap and weird and foreign-seeming. There is a certain exuberance to the graphic design, though. Someone was at least trying. 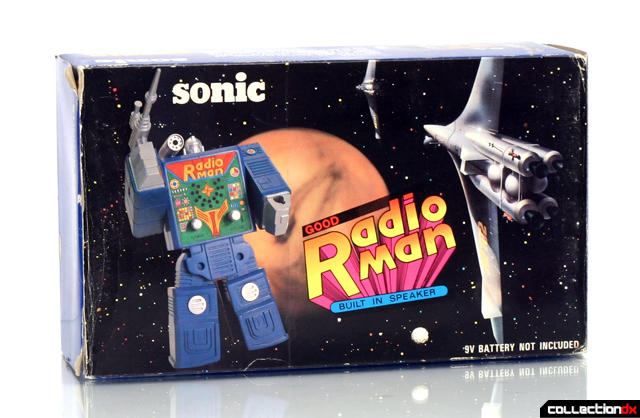 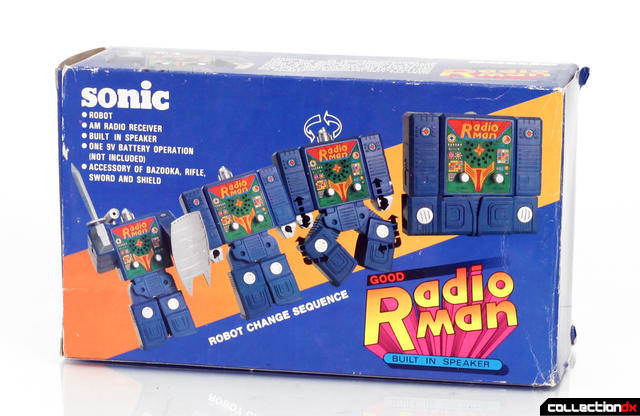 Here we have the story of Radio Man. I’ll bet you’re expecting some delightfully obtuse Engrish. Nope. The prose was very possibly written or edited by a speaker of the english language. 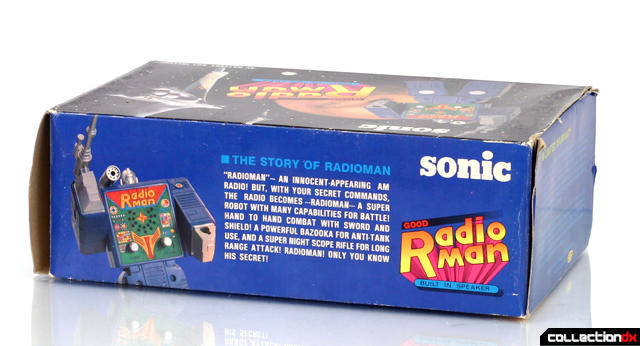 Inside, a spare styrofoam tray. A few dull gray weapons are included. 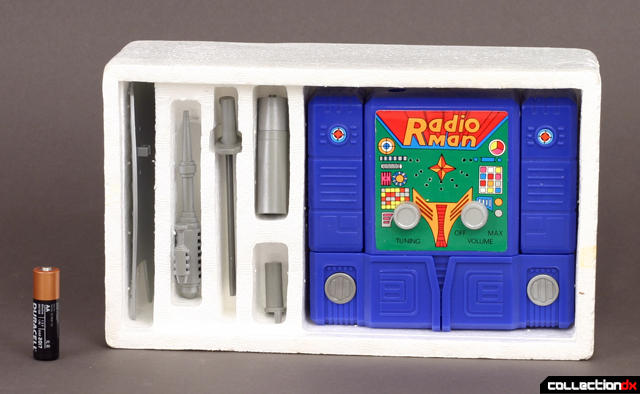 While Radio Man is conceptually a Soundwave knockoff, it’s design is really just a scaled-up version of those transforming wrist watches that were everywhere in the 80’s. Accordingly, the radio mode isn’t immediately recognizable as a radio. The Radio Man decal certainly helps. That decal is really the only thing going on, though it lends a certain clumsy soviet charm. 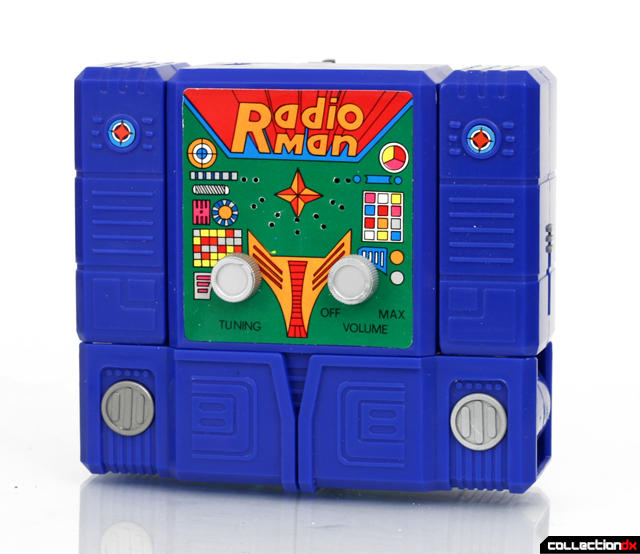 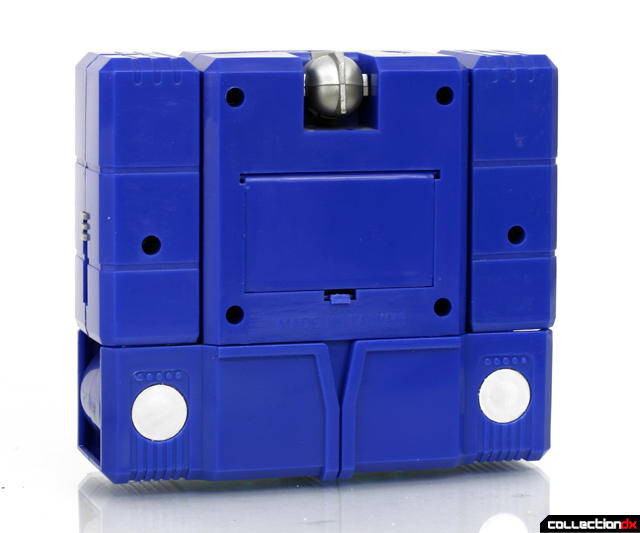 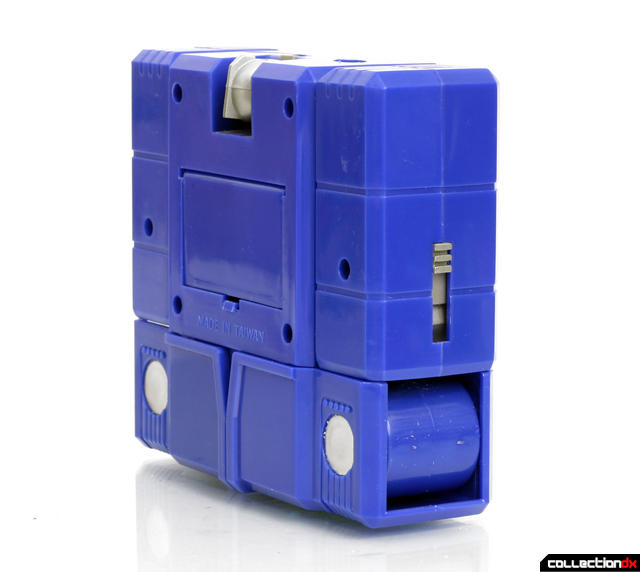 Transformation is, as you would imagine, very simple. The resulting bot manages to retain, and even amplify the simplicity of the much tinier wrist watch. There’s zen-like minimalism to Radio Man. There’s nothing superfluous. It’s a C- Bauhaus sculpture. 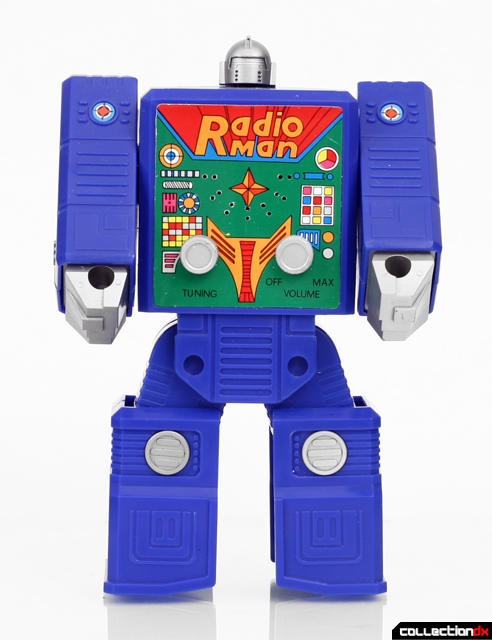 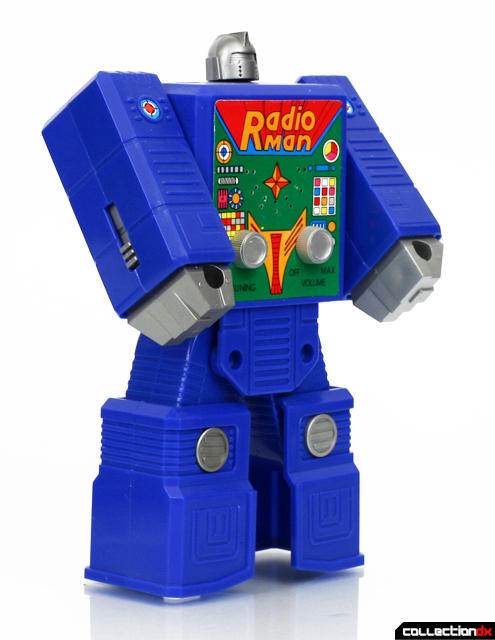 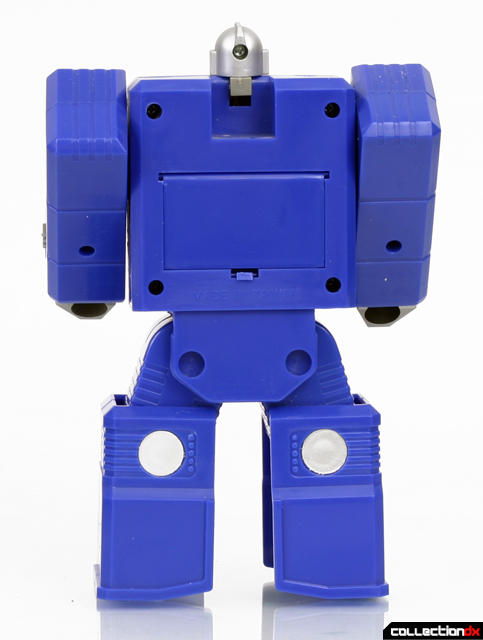 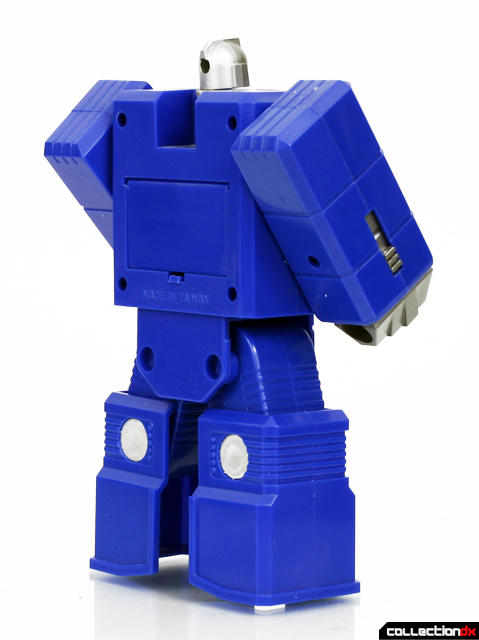 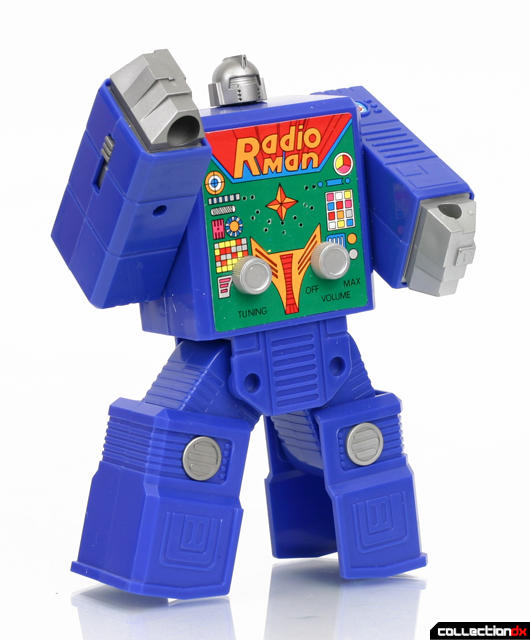 A joyless assortment of accessories is included: shoulder bazooka, gun, sword, and shield. 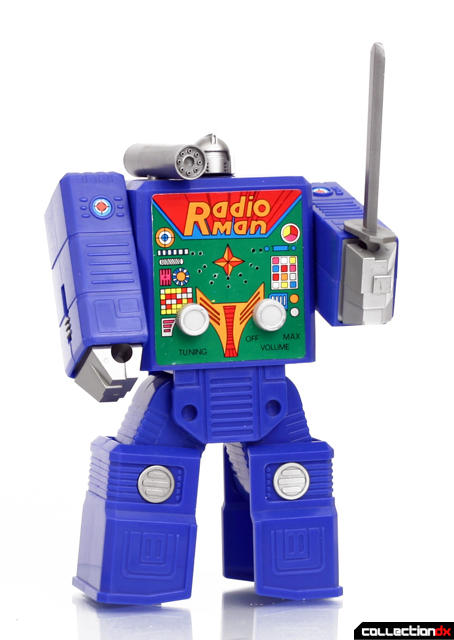 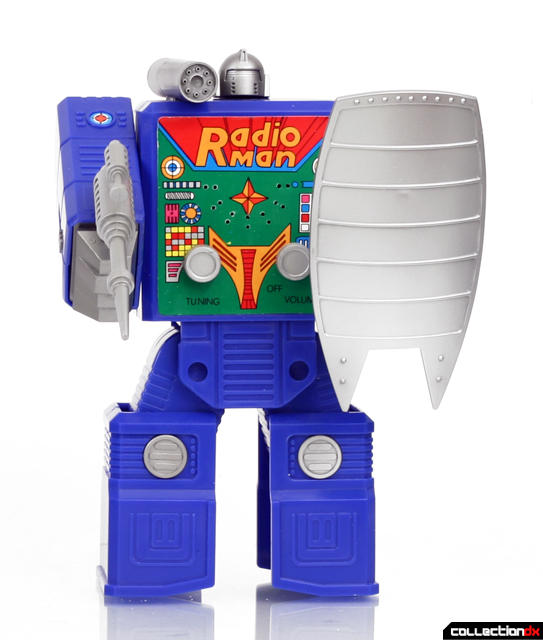 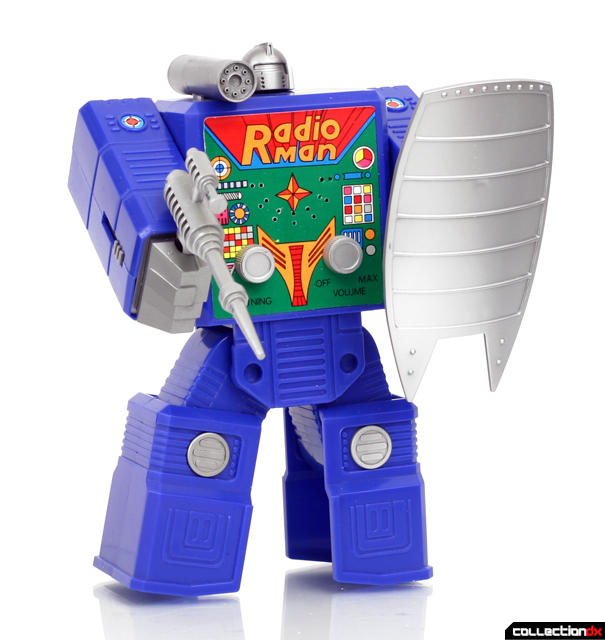 Nothing here is particularly compelling, but the overall impression is appealing. Radio Man is a big, dumb, bright block of funk. I put him on the ‘goofy’ shelf, and he looks just fine. 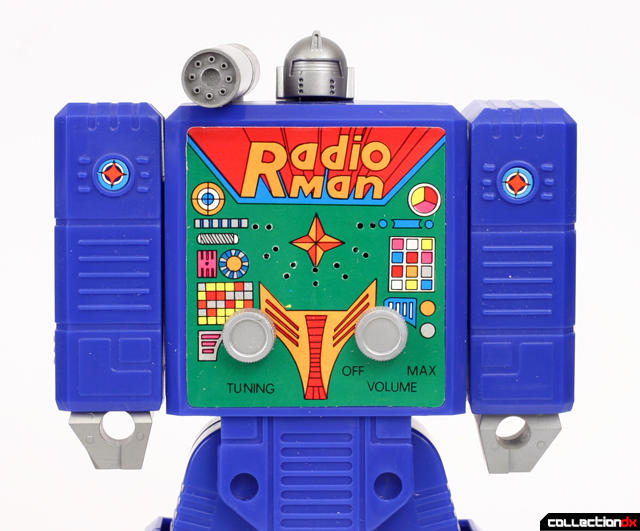 6 comments posted
I gasped out loud when I saw

I gasped out loud when I saw the first photo. This thing is beautiful. The Radio Man logo on his chest sticker is exquisitely handcrafted. It's a little clumsy and lopsided, but you can see what seems to be the hand of an neophyte designer really trying to make it look slick, influenced by a space-toy graphical style that's just a bit too far out of date...

Ha ha ha, awesome! Actually those wristwatches were all derived from the original MicroChange MC-06 WatchRobo, including Takara's own Choro-Q-based tie-in line and Kronoform watches, let alone all the unlicensed knock-offs that followed.

Edit: Now I really want to see him in the context of that "goofy shelf"! :D

Does the AM receiver still work? I need to catch the next Pats game.

This is great! It looks like the sort of thing that should come with a Happy Meal or in a cereal box.

Ya know, his leg transformation is kind of brilliant.

My life will not be complete until I find one of these. Let the search BEGIN.