After the robot toy explosion of the early eighties, nearly every toy manufacturer attempted to cash in on the craze. While Matchbox licensed a number of Japanese properties (Voltron, Dairrugger), it also developed its own domestic robot property. Kind of.

The Parasites wedded transforming alien robots to Matchbox’s bread and butter, the traditional 1/64 diecast car, a baffling and ultimately unsuccessful premise. As the story goes, Parasites are space creatures who inhabit the shells of earth vehicles. It’s a fun narrative, but creating two distinct toy components at the Matchbox car scale was probably too ambitious, and the toys turned out to be pretty clumsy. But funky!

Extermasite is packaged on a standard eighties bubble-card. The artwork on the front is fantastic, a painting reminiscent of the Micronaut cards (more on the Micronauts later). 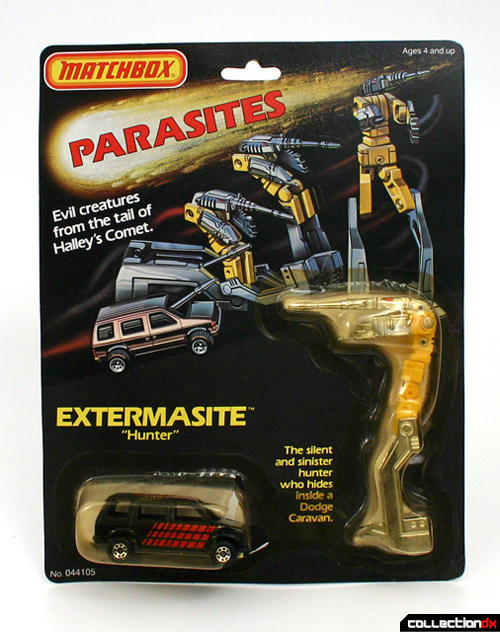 The back of the card features transformation instructions, pictures of the other toys in the line, and a file card. 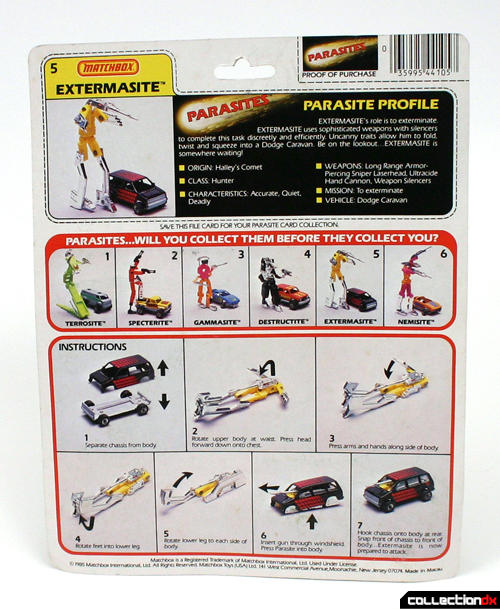 Extermasite’s shell is a sexy, sexy Dodge Caravan with sweet painted graphics. The body is diecast, the chassis plastic. The quality of the vehicle is noticeably cheaper than proper matchbox or Hot Wheels vehicles. Extermasite folds up to occupy the shell. 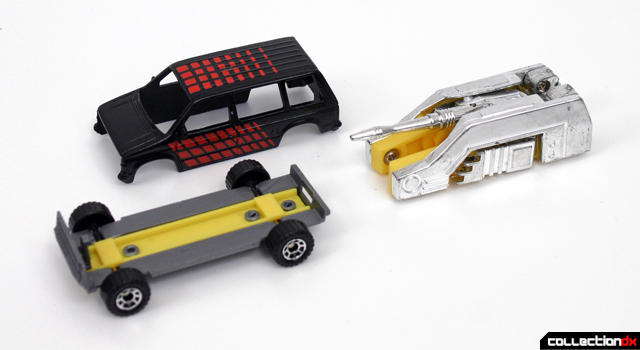 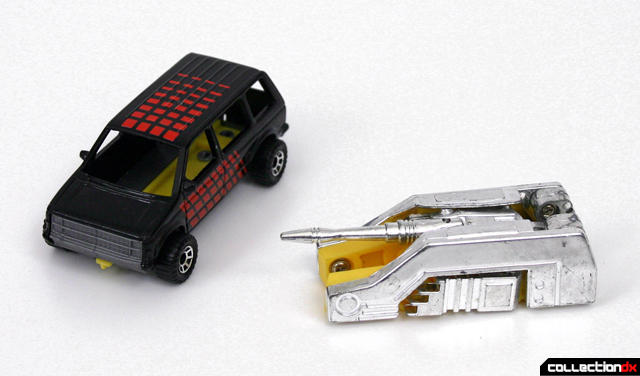 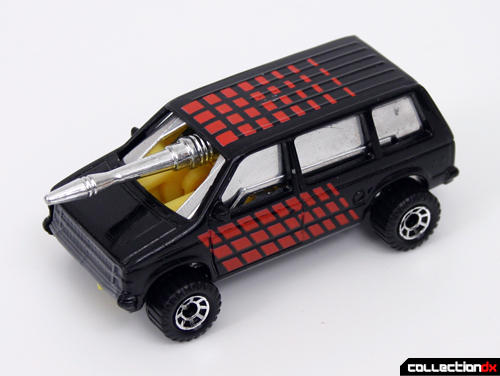 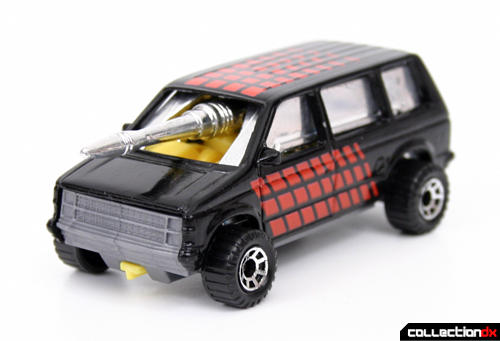 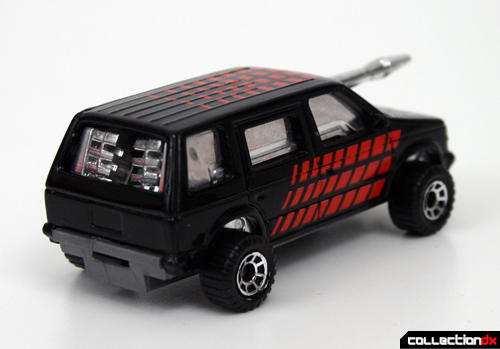 Transformation into robot mode is simple. You just unfold the thing. 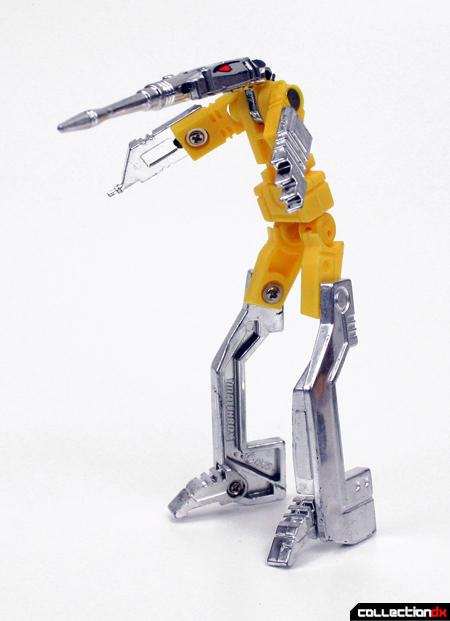 As a toy, Extermasite is pretty limited, a strange novelty. But as a design, he’s wonderful. The Parasites, you see, are the direct descendents of the beloved Micronaut aliens. While many of the Micronaut toys were just rebranded Microman, all of the organic aliens and vehicles were designed in the US By Stephen Lee and California R&D. Lee also designed the humble Parasites, and they feel like distant cousins to Antron, Lobros and the gang. I love the liberal use of chrome and intricate molded details. 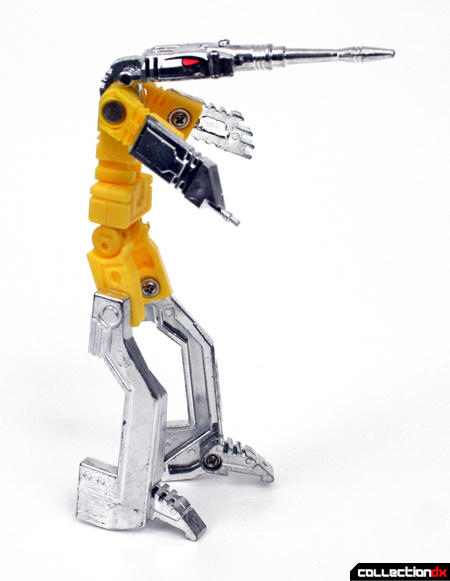 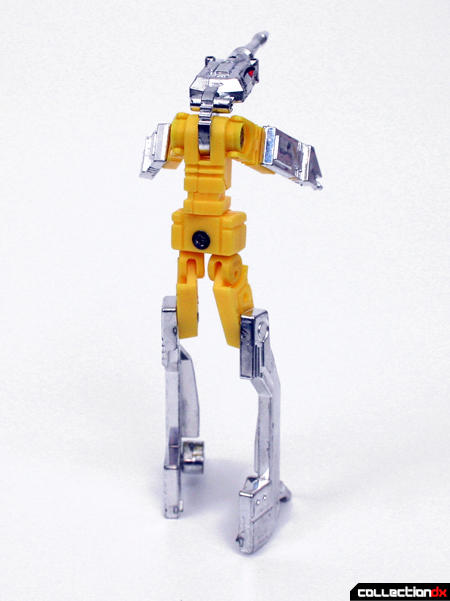 Articulation is surprisingly supple, with tons of buttery joints. Extermasite is a first wave release, with a higher overall build quality, including screw connections rather than the rivets of later releases. The chrome is easily tarnishes and of lesser quality, though.

Posing is organic and intuitive. 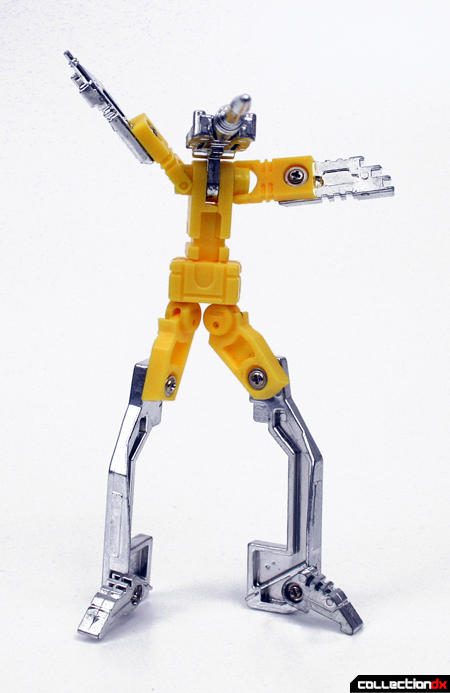 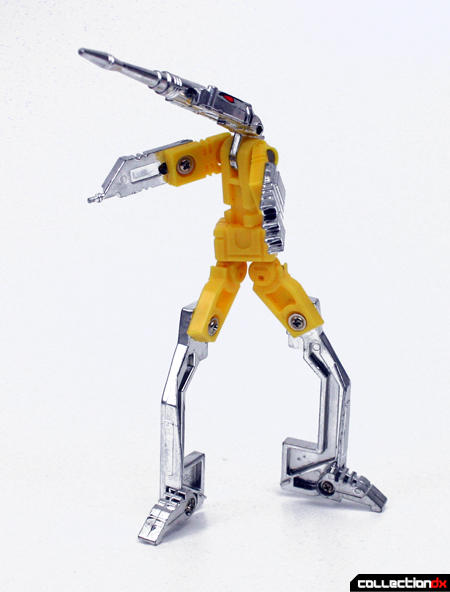 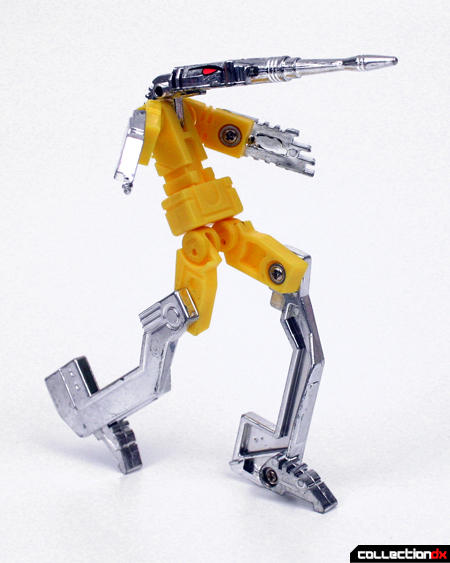 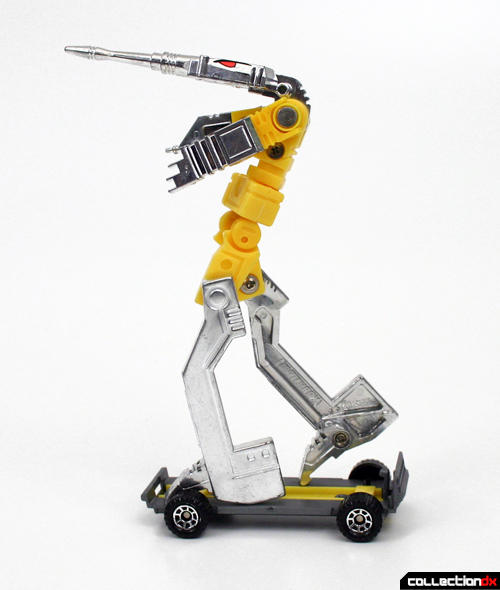 The parasites are a distinctly acquired taste for a small subset of robot lovers, but they deliver a powerful dose of funk for such a small package. 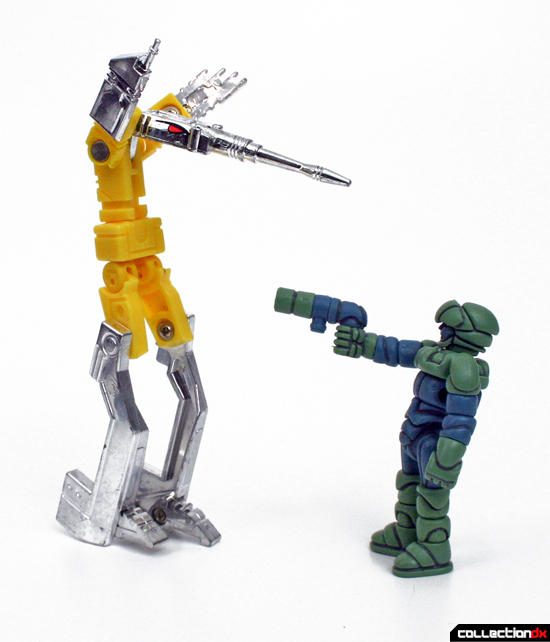 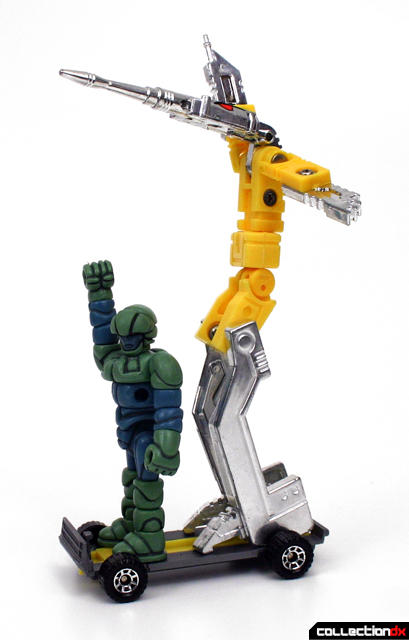 7 comments posted
This. Is. Terrifying.

I never really understood why he was what he was, I Just knew he wasn't a Transformer, but was still an awesome robot that crammed into a van.

One request: could you include a pic of the robot next to an action figure for scale (Microman, Glyos, whatever). One thing I think that is appealing about them is despite the 1:64 scale car feature, they work better IMHO as 3 3/4" scale robot figures. Not really canonical, of course, but man are they great with Micronauts aliens and the like.

I'll note that the two reviewed so far have the weirdest proportions out of the lot of six types. Extermasite is one of the three I mentioned that are better constructed though. Three were entirely snap-fit and cheaper in design, the other three were screwed or riveted together and a bit sturdier.

There were also a couple of proposed semi-truck and trailers which housed a mini-Parasite in the cab and a giant one in the trailer. Larry Jones from California R&D shared some pics with me and on his Facebook page last year, pretty neat stuff.

Not all fans will "get" these when Transformers and Go-Bots and even Convertors were "doing it better". Matchbox was in its more troubled years and was trying to diversify (leading to the Robotech disaster among other things) and Cal R&D brought their own ideas to the table such as this and the more successful RoadBlasters and a few other ideas. I think the point was to avoid simply copying what other transforming toys were doing and create a unique line as well as to incorporate the Matchbox toy car element (both to tie the toys together and to reuse some tooling). And to their credit, this was a concept developed from scratch rather than licensing a Japanese product and slapping a new market spin on it. However, in the end Matchbox cut a lot of corners on the product and it wasn't quite to the standard that Cal R&D had expected.

In the end, the whole line was something of an anomaly, and the linking it to Halley's Comet narrow window of appearance proved more apt than likely intended.

he can tuck his cannon/mouth thing

Excruciatingly horrible. I love it.

HA! Silent and sinister hunter who hides inside a dodge caravan, eh? Does he also offer candy to children and follows them around a few feet back on the road?

Seriously though, I wish I had known about these when I was little; these things are awesome! I'm surprised at how much articulation that thing has.

Finally: does that "powerful dose of funk" come directly from that pimp walk you got 'em doing in the 14th pic?