We all know bootlegs are like kryptonite to me, so when this bad boy came up I had to have him, and I don’t regret it one bit.

His name is MOTORTRON, and he is packaged in a box meant to mimic classic G1 Transformers. 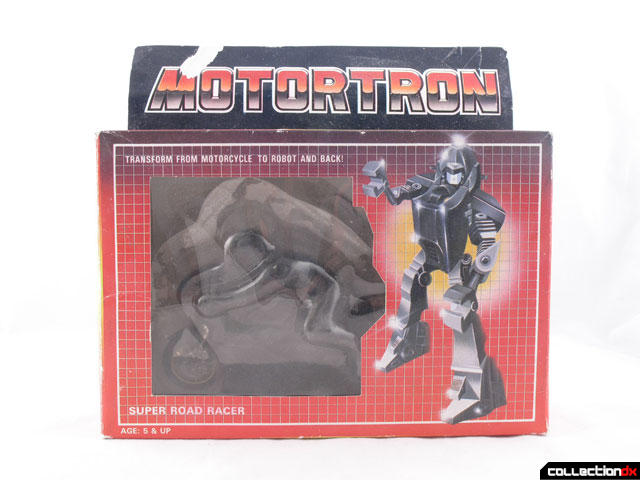 Of course Motortron is a bootleg of another toy, and an obscure one at that. He’s a bootleg of the Bandai DX Popynica Winner 2, from the show Wingman. Winner 2 is Wingman’s transformable bike. The original toy is a brightly decorated transformable motorcycle that has a fixed pose plastic wingman figure on the back.

Well, this version has the same mold for the cycle, but an entirely different one for the rider.

First though, let’s talk about the box, as that is what drew me here in the first place. The box is purposely made up to look like a G1 Transformers box, right down to the grid pattern and the red gradient. 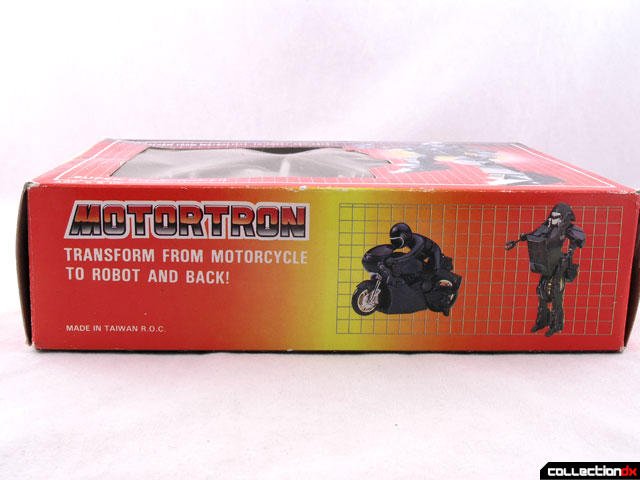 But what really gets me is the painted art on the back. 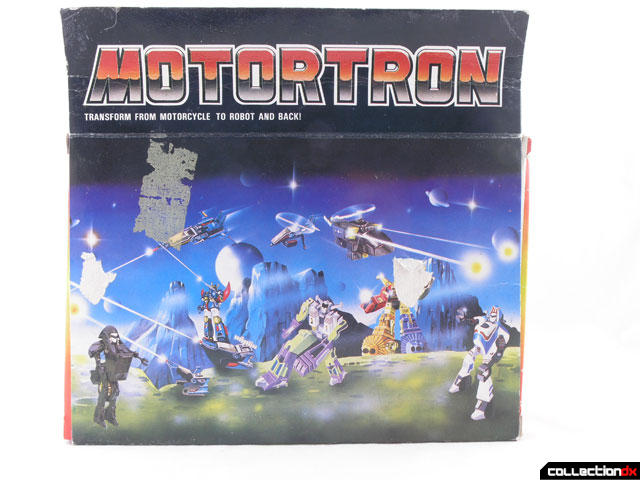 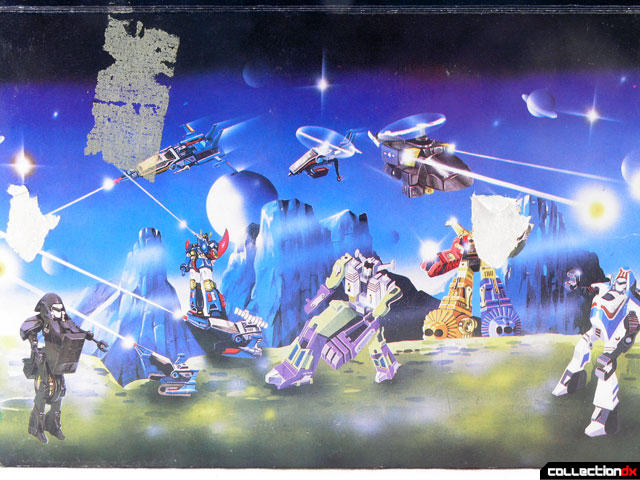 The toy itself came packaged in vehicle mode, sealed in a bubble on a card that was slid in to the box. 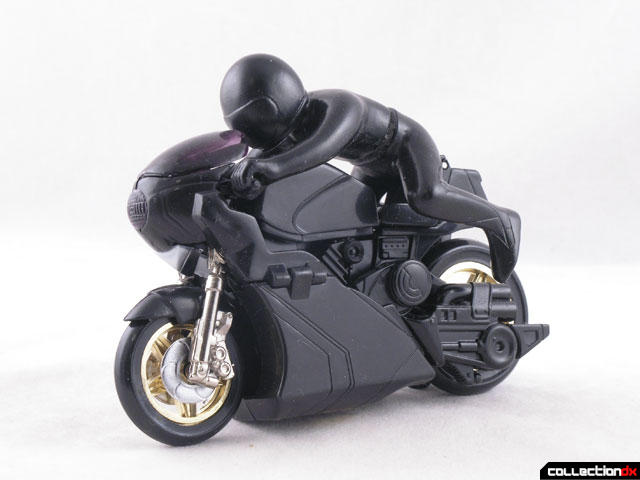 Unlike a lot of other bootlegs, this is actually an awesome toy in its own right. The materials and build quality are excellent, for the most part. The only weak point is the rider. 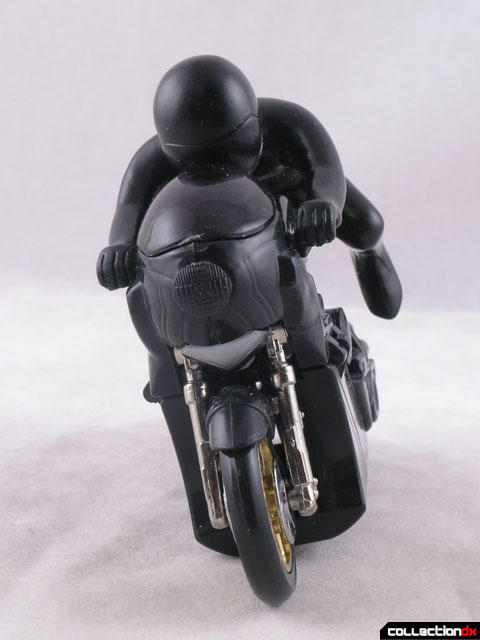 The bike is made out of hard ABS plastic, diecast metal, and rubber for the tires. The rider is made out of a softer PVC, and is very cheap looking compared to the bike. He doesn’t sit down properly, and the mold lines are weak. 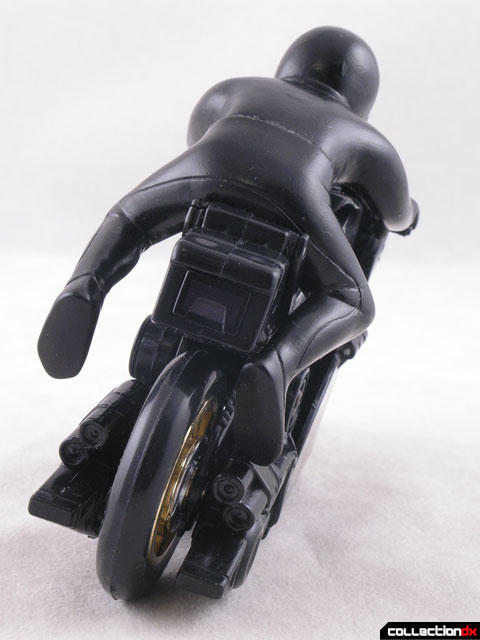 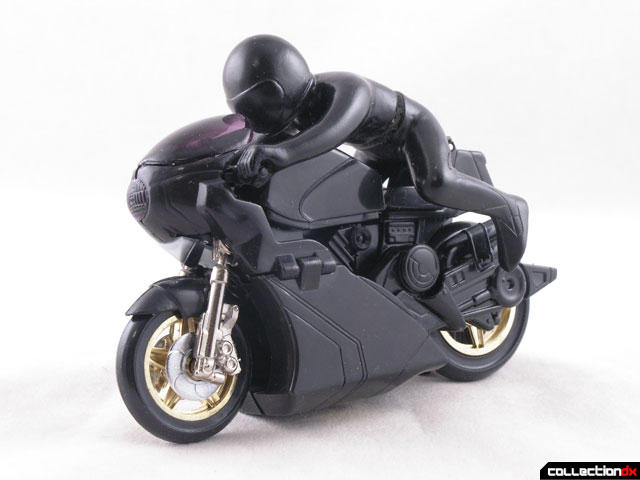 The bike, however, is another matter. This thing is solid, and is more in the theme of a DX Machine Robo than anything. Transformation is simple: open the shell, pull down the solid metal legs, pull the tail section up, split the fuel tank and unfold the arms, push the front wheel down, then close the shell again. Simple and fun. 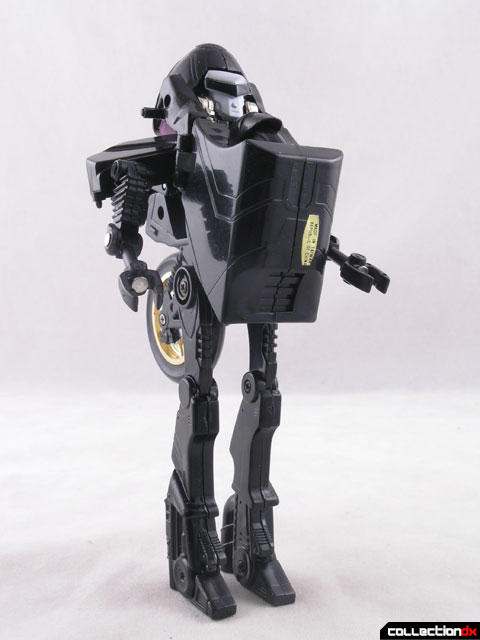 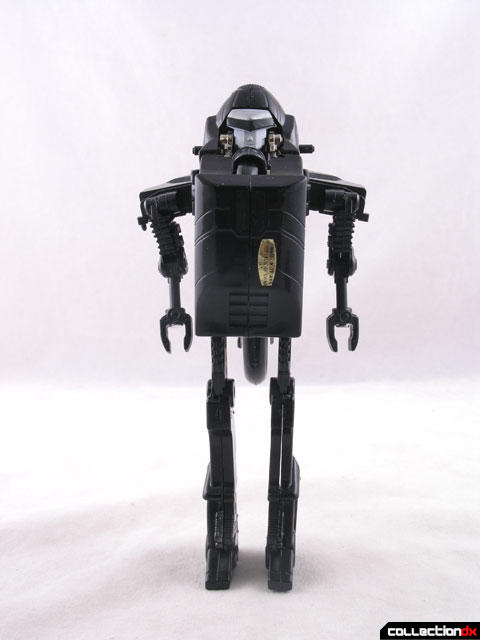 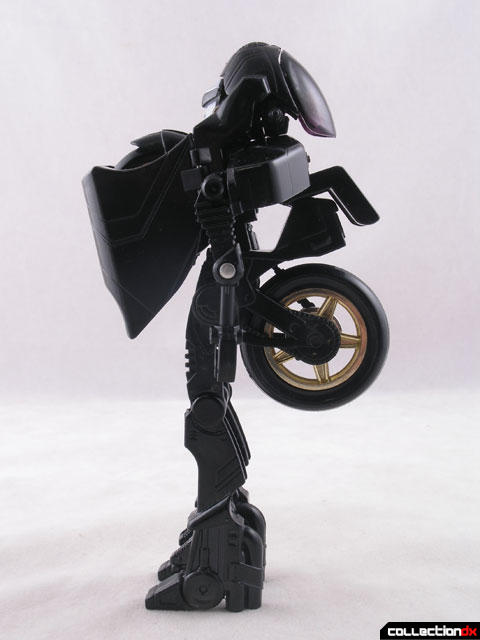 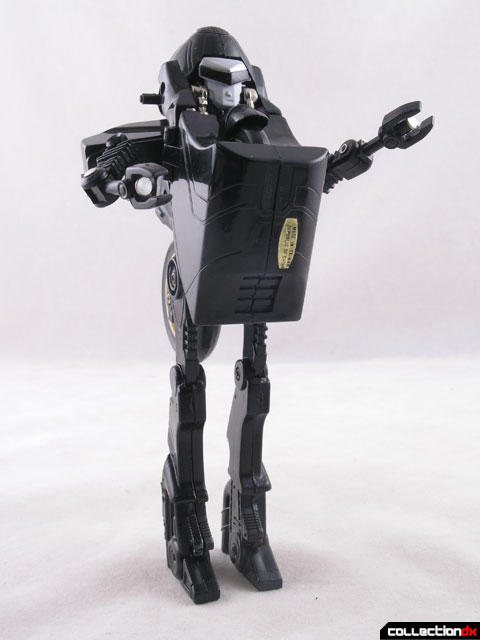 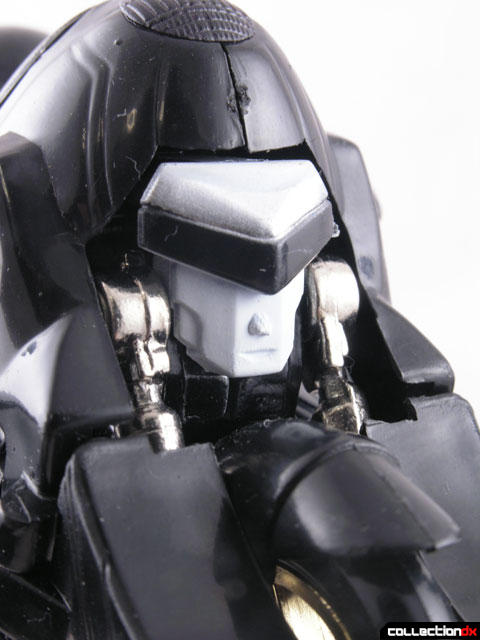 So, it’s an awkward robot, but it’s got the same spindly claw hands that the DX Machine Robo toys had, as well as the Godaikin Vavilos and New Super Abega. Coincidentally, all released around the same time. Perhaps the same designer worked on all these toys? 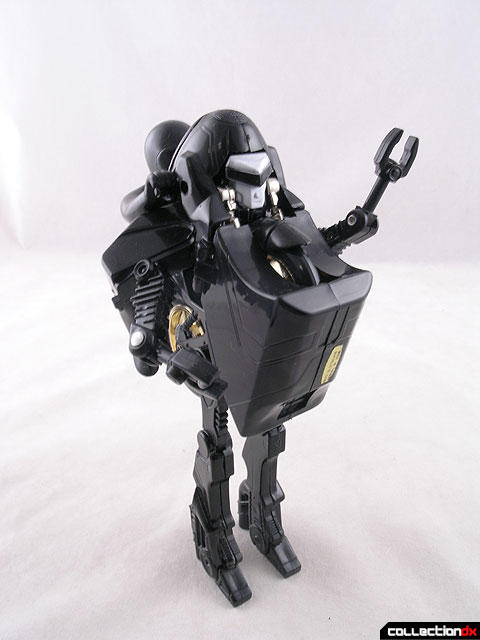 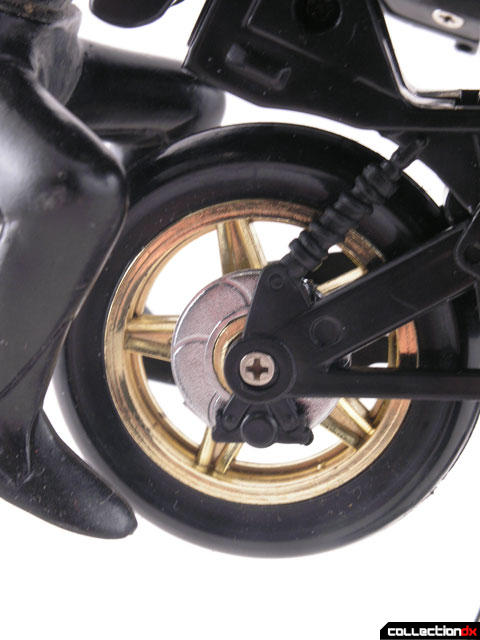 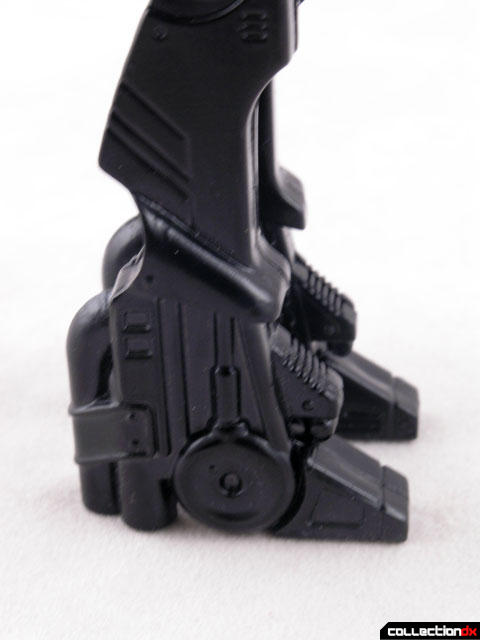 On the original toy, Wingman is supposed to ride this robot, even when transformed, but on the bootleg it just doesn’t work as well. 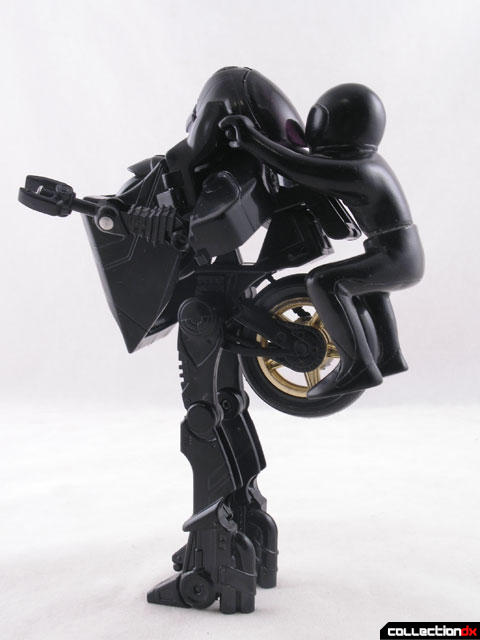 Motortron is a fun, obscure bootleg from the 80’s, and worth the purchase if you come across one.

6 comments posted
Nice! Josh, a while back I

Nice! Josh, a while back I think you said you got this on ebay and I may have been the second highest bidder but yeah this is totally right up my alley. I love bootlegs so I'm looking out for this one.

I see a sankan oh, timebot? (lionbot) kronoform in constructicon colors like in a previous review and a machine robo looking guy on the right.

By the way, is the rider supposed to be hanging off the back like that? Looks funny like a little monkey

Re: the box: GREEN AND PURPLE DIAKRON! GIVE IT TO ME!

but can anyone tell me whats the name of the blue dude with the evil grin on the right of the old bigbadtoystore ad on collectiondx.com ?

i meant to ask this before (y'know...when you could see him!) but i didnt know where to post the question since there are no forums here

Oh how I covet this. Good find, sir. Incidentally, that's the same illustration of Constructicon Gats Blocker that was used on the Fightbot box. They are cousins!

That battle scene on the back is righteous. I hope a pristine copy surfaces one day, unmarred by carelessly ripped-off tape...