Kickback is one of the first three insecticons released in 1985 along with Bombshell and Scrapnel. They began their lives as enemy Diaclone robots, powered mecha used by the Waruders to fight against the Car Robots. In their original forms they were red and green colored. Kickback was named Battas in this incarnation. 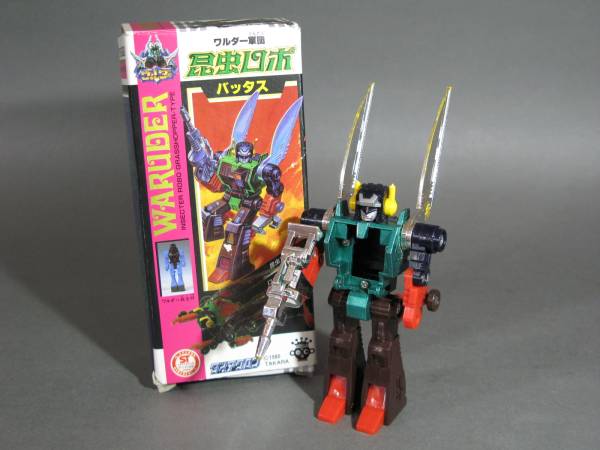 Battas was recolored and brought over to the US in the second wave of G1 Transformers in 1985. The first run of the figure uses a nearly identical mold as it's diaclone counterpart, with round nubs added to the wing tips for safety, and a molded square for the rubsign on the right wing. Later releases have the squares added to both sides of the wing, probably to reduce the amount of molds needed as the parts are now identical.

The version of Kickback below appears to be a first version. 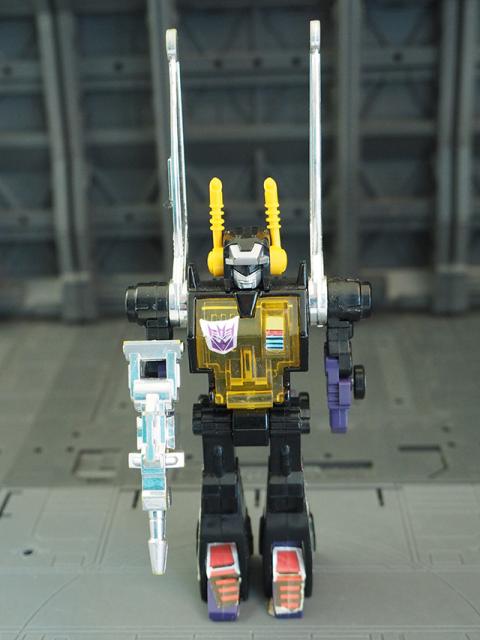 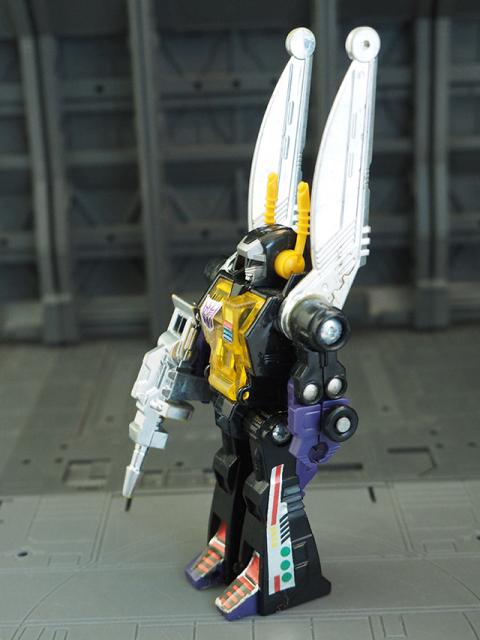 The toy features a die-cast body with plastic limbs. It is one of the easier to find G1 Transformers, due to it being less expensive than the higher-priced deluxe cars. Be careful with loose specimens, as those yellow antenna break off easily.

The arms move at the shoulders, and then again at the elbows. The dual front legs that combine to form the arms has a little movement there due to the transformation mechanism. The head also turns, and the legs move at the hips. The clear gold panel on his chest opens up. While serving no purpose in the Transformers line, in its Diaclone incarnation this is where a Diaclone Driver would go. 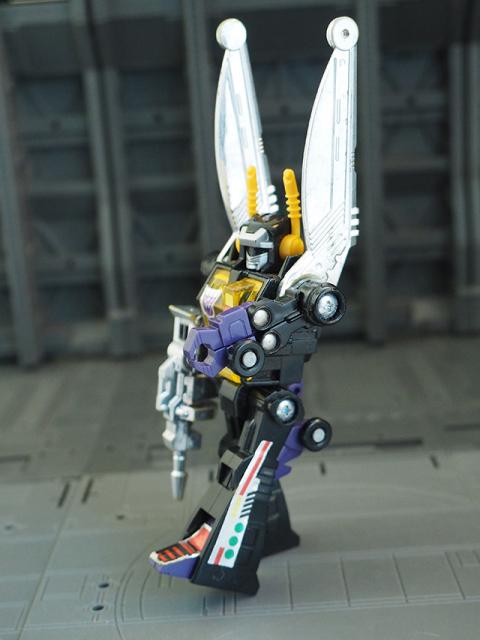 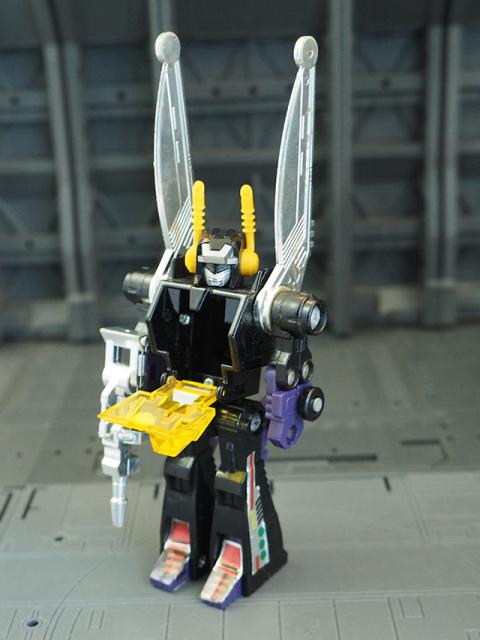 He comes with a silver blaster that slots over the arm. 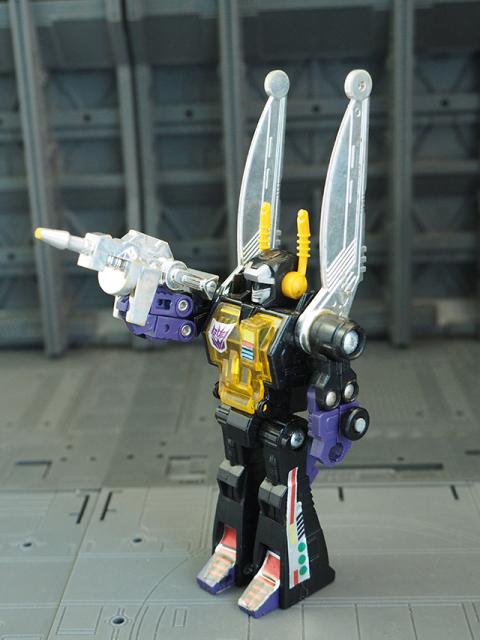 In robot mode, He resembles a grasshopper - an insect found in both Japan and the US so it works. One nice feature with this (and other Insecticons) in insect mode is that they have wheels on the bottom to roll around on. 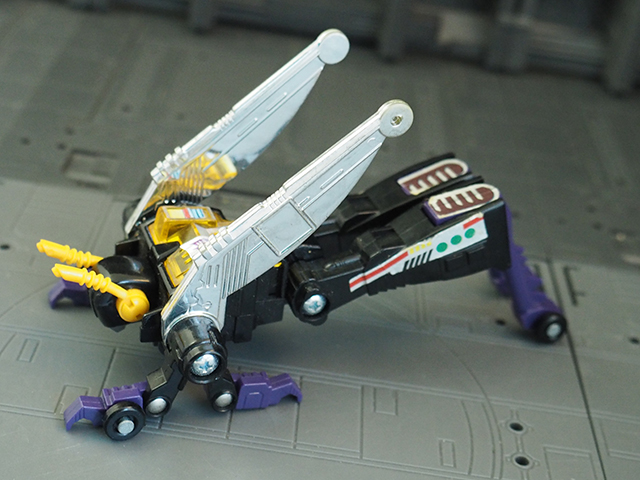 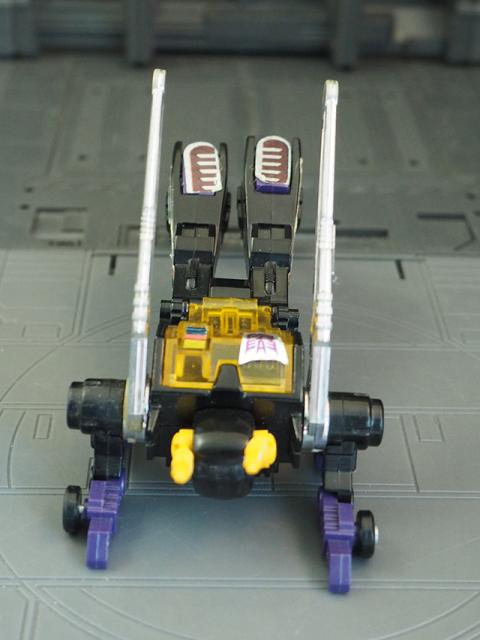 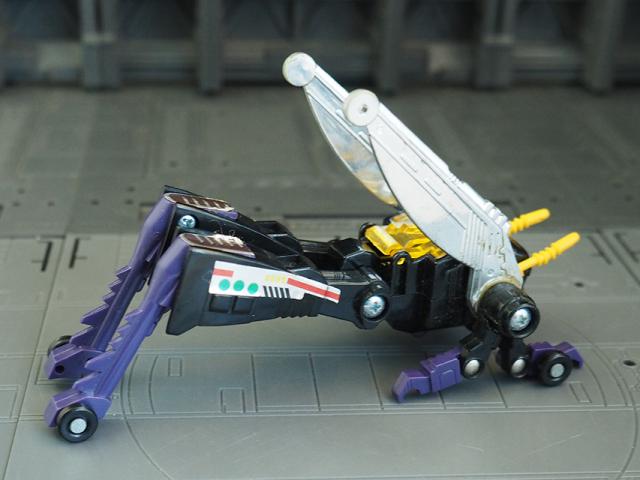